Steam is a digital distribution platform initially released in 2003 by Valve Corporation as a means of purchasing and playing video games.

A scrapy project was created to access all of the gaming data available on https://store.steampowered.com.  From each product, the following were scraped:

Over 40,000 products were scraped, including DLCs, game bundles and collections, and non-game products with release dates from May 5, 1998 to October 25, 2018.  The data was cleaned by:

Using the American ESRB and European Pegi rating systems, video games are rated and restricted by age to prevent inappropriate material from being accessed by underage players.  Using these ratings, Steam has set up a systematic site-wide age checker that manually forces individuals accessing certain games on the Steam website for their birthdays.  This system is session-based and is normally not more than a slight bump for anyone wishing to access a game's contents.  However, for a web scraping project, this proved quite difficult to surmount.  As a result, the code failed to scrape a number of mature games from Steam.

There is a trend that sees prices rise as time passes.  However, this could be a result of current deep discounts on old video games dating back to before the new millennium.  At the same time, one can see a slight trend of Metascores decreasing as the years pass.  This trend could be a result of an increase in developers, particularly smaller developers, churning out games that aren't of the highest quality.  Lastly, there is a slight trend of prices rising with the increase in the Metascore, though a number of older games or games developed by small studios can be seen with high Metascores.

When analyzing how each genre performs, we can see average Metascores of around 70 with a trend of higher prices for better rated games.  However, the reality is that the correlation for all of them are too low ( < .2)to actually to account for any real correlation. 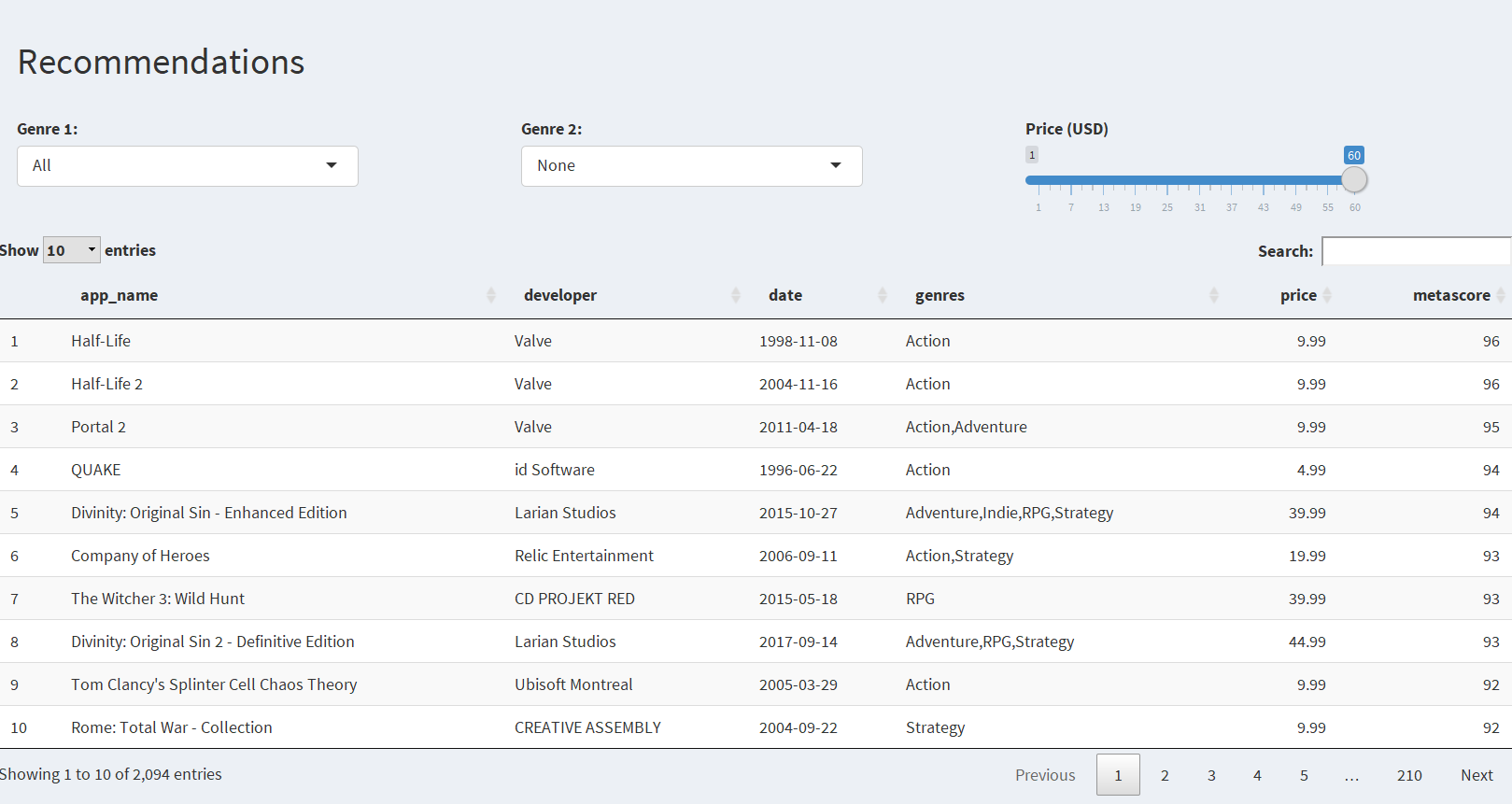 In addition, a shiny app was created encompassing all of the analysis and included a Recommendation System that allows an user to pick the genres and price ranges to find a video game from a list that would meet one's gaming requirement.

A data scientist with an extensive background in analyzing the impact of international events upon economics, law, and politics. A problem solver, possessing solid skills in R, Python, machine learning, and neural networks, eager to reveal useful insights...
View all posts by YiYang Cao >