Steve Nash's 2004 season or John Stockton's 1990 season? NBA fans love to debate on who had the better season. While it's a bit easier to compare players of the same era based on statistics and accomplishments, the ever-changing nature of the league makes it nearly  impossible to come to a conclusion on players who played in different eras. The pace at which the game is played, overall playing styles, and positional responsibilities have undergone so many transformations. With this Shiny App, I wanted to allow users the opportunity to see the different ways the game has changed and in the end, make comparisons between players based on criteria that they believe are most significant.

This tab gives an overview on how stats have changed over time. The first visualization allows users to choose a stat and see, on average, how it has changed year over year. The blue information box in the top right tells you which player had the best season in regards to the chosen stat over the past 40 years. 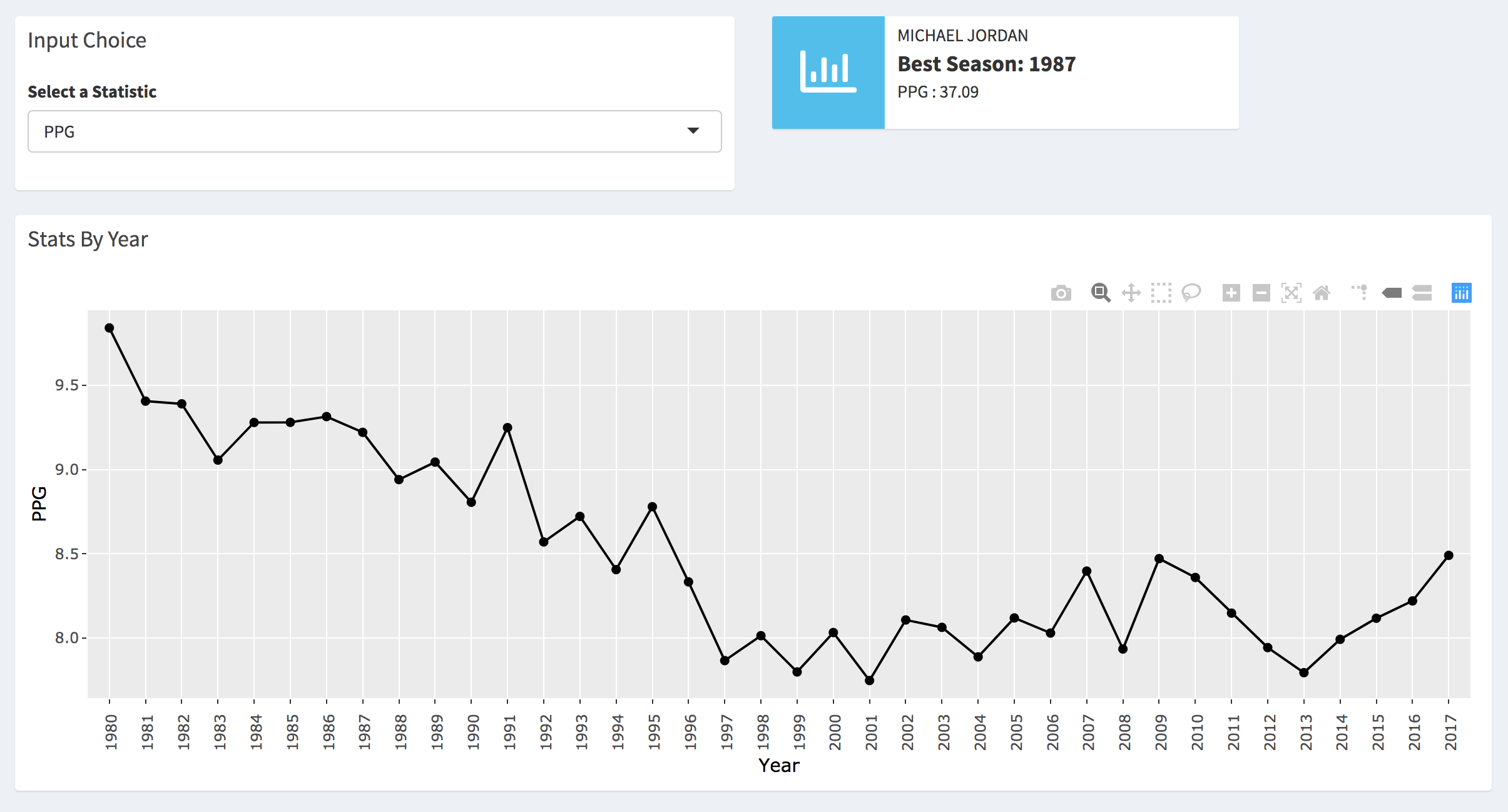 The second plot is similar to the first, but it allows users the option to also choose a team, and see how a stat has changed over the years for the specific team. The information box to the right of the chart  shows which player on a specific team had the greatest season in regards to the chosen stat. 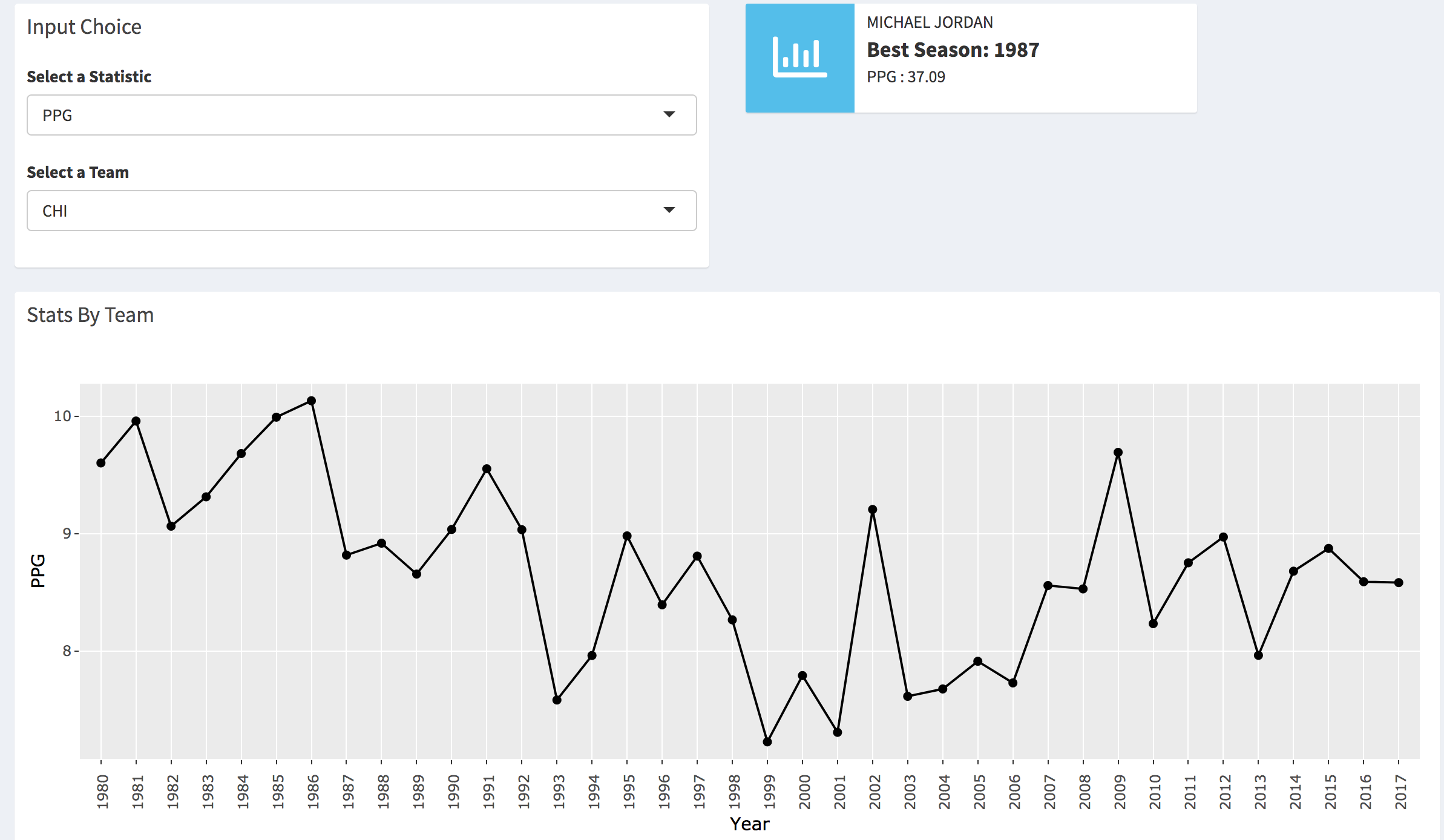 Figure 2 shows that some of the Chicago Bull's highest scoring seasons were in the mid to late 80's and early 90s. The Chicago Bulls of that era had a high powered offense led by arguably the greatest scorer of all time in Michael Jordan.

This tab gives an overview on how positional responsibilities have changed over time. The first visual allows users to choose a stat and a year and shows how each position contributed to that stat in a given year. The second visual allows users to choose a position and a stat and see how that position's contribution to the chosen stat has changed over time 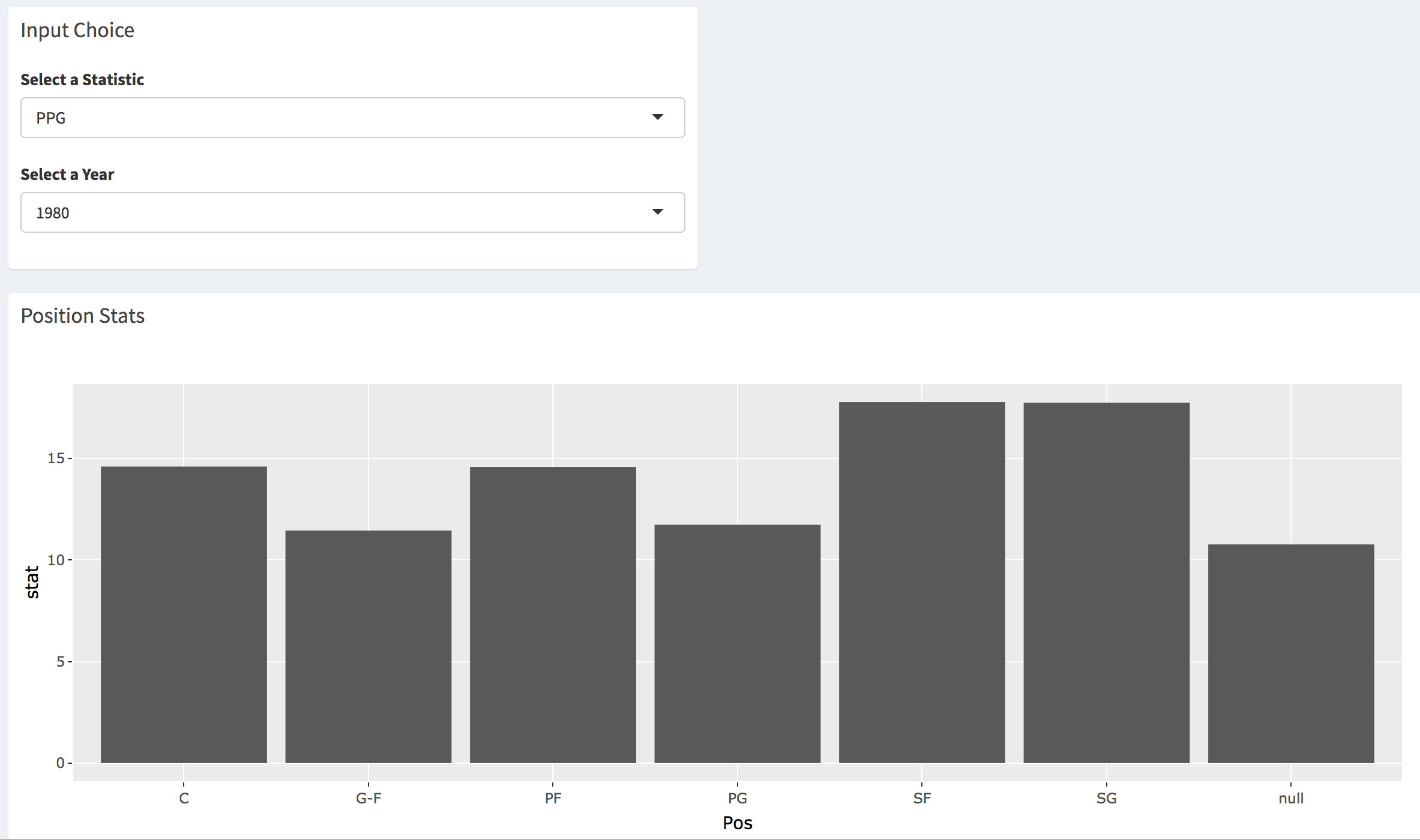 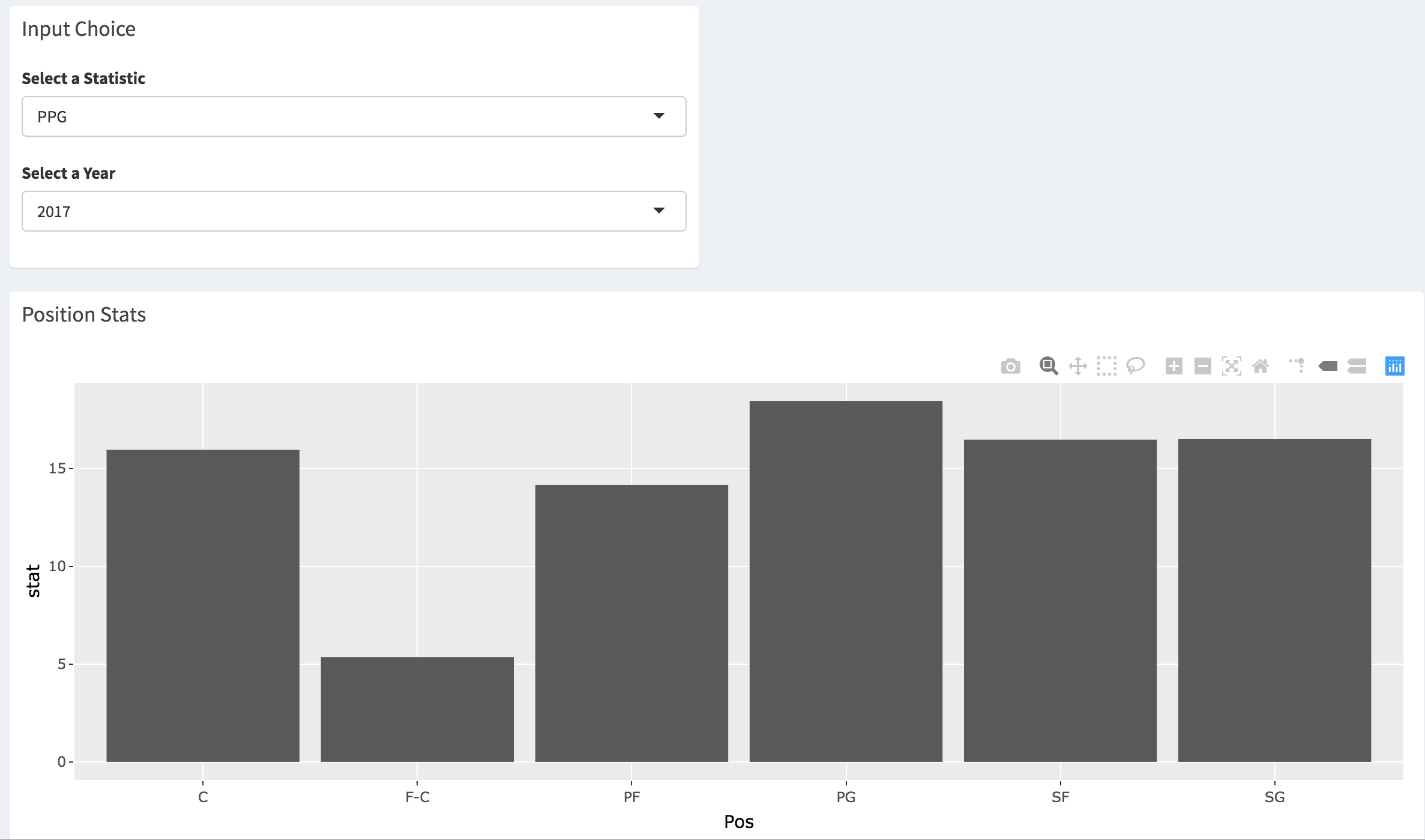 Figure 4 shows that point guards have taken on a much larger scoring role in the modern NBA. 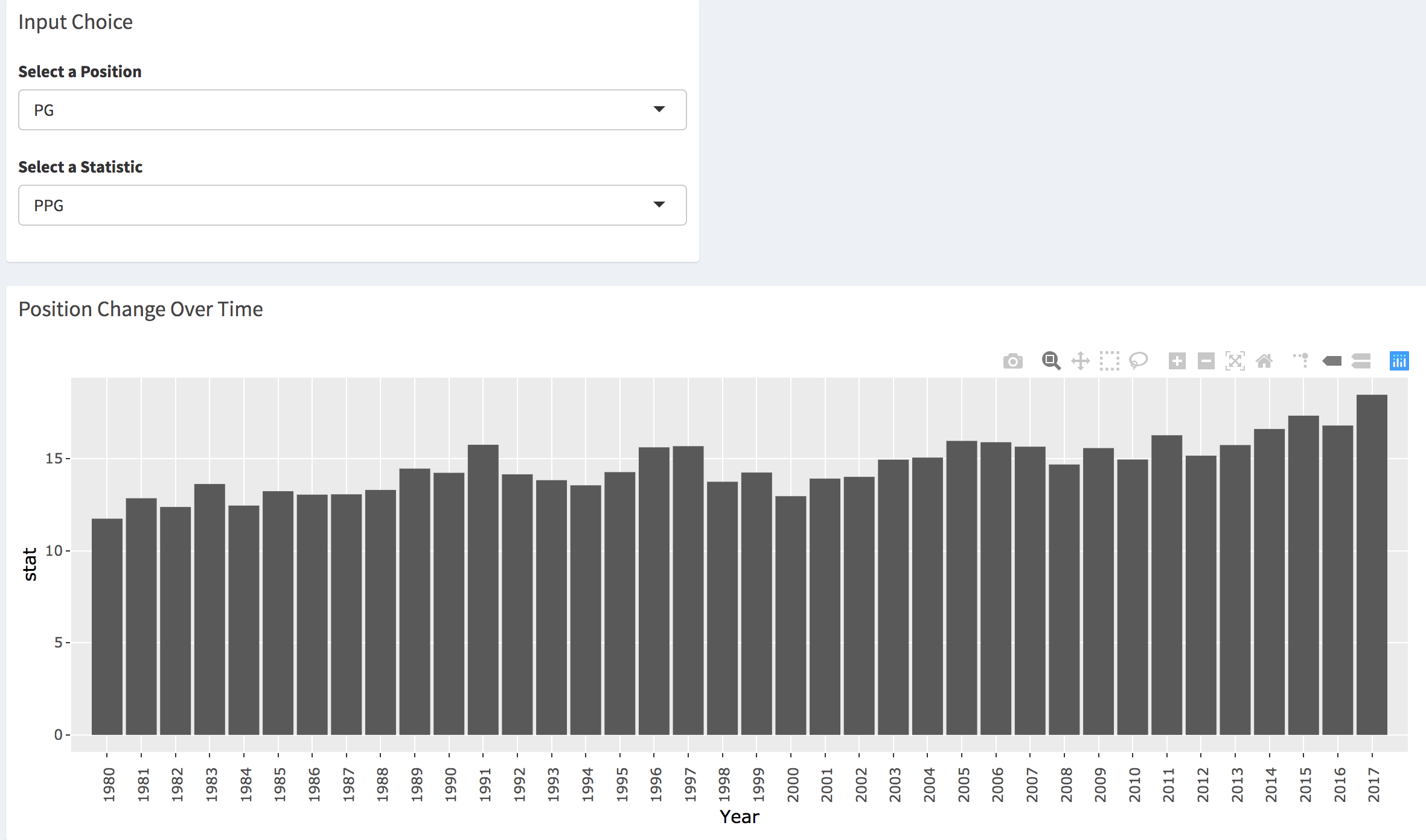 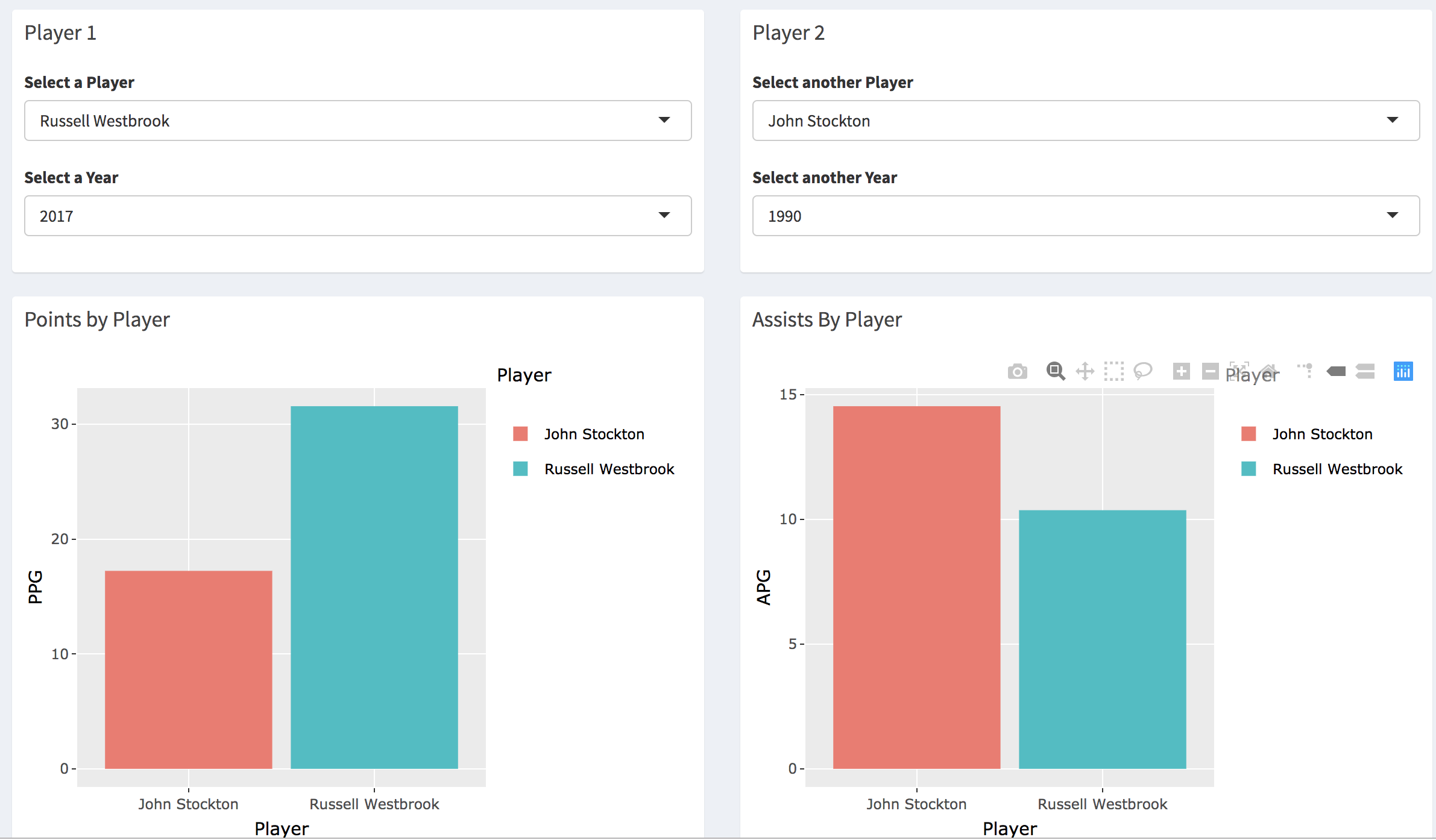 While both are regarded as some of the greatest point guards of their respective eras, John Stockton played in an era where point guards were not as well known for their scoring as evidenced by the above stat comparison. The difference in eras makes it difficult to conclude who truly had the better season. While Russell Westbrook had a higher scoring output, John Stockton was more productive in the assist category.

Figure 8 shows that, based solely on points, assists, and blocks, Russell Westbrook had the more productive season.

While it's impossible to come to an objective conclusion on who had the better season, people will always decide based on criteria that they believe are most important.

Whether's it's the implementation of Mike D'antoni's fast paced, "Seven Seconds or Less" offense or the point guard scoring revolution of the 2000's, The NBA is always changing, and with different kinds of players and playing styles inundating the league, traditional molds are constantly being broken.  Point guards are no longer just seen as passers and faster paced offenses are leading to higher scoring outputs than ever before. These are just a few of the ways that the NBA is changing, and the goal of this dashboard was to gain insight on this topic.

View all posts by Jung Choi >