The Great Escape: Health, Wealth, and the Origins of Inequality

Contributed by David Comfort. He took NYC Data Science Academy 12 week full time Data Science Bootcamp program between Sept 23 to Dec 18, 2015. The post was based on his second class project(due at 4th week of the program).

Overall Goal: Build a companion interactive presentation for a book, The Great Escape: Health, Wealth, and the Origins of Inequality, by Nobel Prize-winning economist, Angus Deaton.

In The Great Escape, Angus Deaton–one of the foremost experts on economic development and on poverty–tells the remarkable story of how, beginning 250 years ago, some parts of the world experienced sustained progress, opening up gaps and setting the stage for today's disproportionately unequal world.

The interactive presentation with the Shiny apps embedded in it, is live at http://216.230.228.88:3838/bootcamp003_student/Project2-Shiny/DavidComfort-Shiny-Project/Great-Escape-v3.Rmd.

A screen capture of the presentation is below:

Outline of creating an interactive presentation with embedded Shiny apps 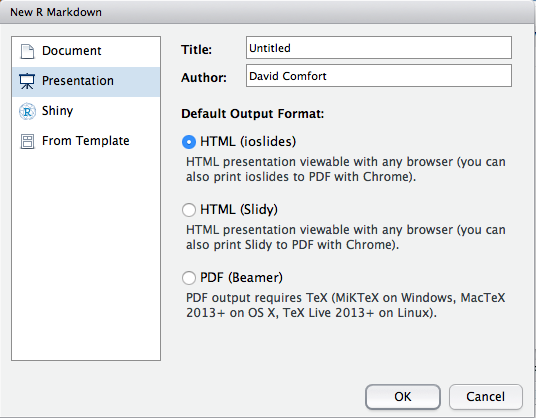 I embedded several GoogleVis Motion Charts in my interactive presentation. I went over how I created a GoogleVis motion chart using R and R Markdown in a previous blog post, Gapminder Data Visualization using GoogleVis and R.

The specific steps involved were: 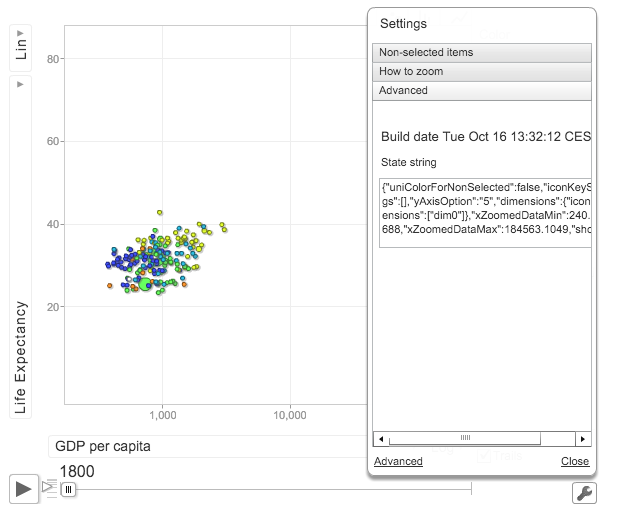 Embedding Images, articles and Videos in an interactive presentation

An article can also be embedded using an iframe:

The interactive presentation with the Shiny apps embedded in it, is live at http://216.230.228.88:3838/bootcamp003_student/Project2-Shiny/DavidComfort-Shiny-Project/Great-Escape-v3.Rmd.