The Largest Technology Firms in The World

For my web scraping project, I scraped a wikipedia article regarding the biggest technology companies in the world.  I wanted to examine the tech firms that dominate the global market to gain a better idea of how they operate.  Wikipedia has listed their revenue, number of employees, and what country they are headquartered in.  I used python to scrape the wikipedia page and to do some data visualization.

• The 16 largest tech firms in the world have an annual revenue totaling more than $1.6 trillion US dollars per year and employ more than 3.8 million people worldwide 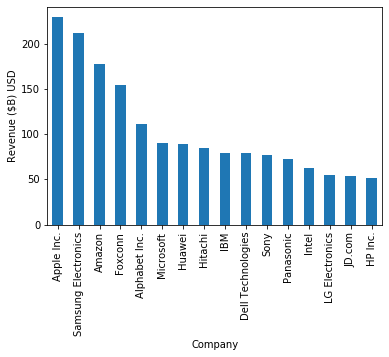 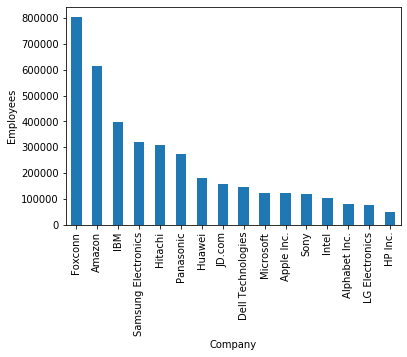 • These are all multinational firms, of which 8 are based in the USA: (Apple, Amazon, Alphabet, Microsoft, IBM, Dell, Intel, and HP)

• 3 are based in Japan (Hitachi, Sony, Panasonic).

• 2 are based in South Korea (Samsung and LG Electronics). 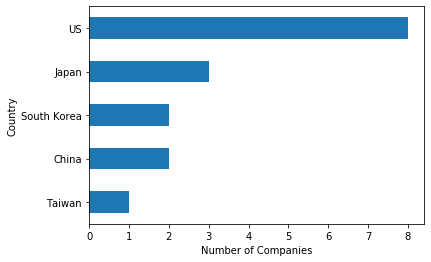 A DIVERSE RANGE OF BUSINESS AREAS WITHIN TECHNOLOGY:

• Intel is a semiconductor chip manufacturer. Amazon is an e-retailer and Alphabet is a search engine.

• Panasonic and Sony manufacture hardware primarily outside of the computer industry

IMPROVEMENTS TO THE PROJECT:

• If given more time, I would like to examine how these firms are utilizing data science to improve their business model and how many data scientists they expect to hire in the coming years.

• I would like to be able to use more complex tools and code comfortably to scrape data from bigger data sets and use what I need selectively for my presentation.

View all posts by Pradeep Sharma >