Based on data there are many qualities of a residential home that determine its worth and price outside of just the number of rooms and square footage. Taking a closer look at 81 residential variables from Ames, Iowa between 2006 to 2010, we were able to use various machine learning methods to determine features of a home in this region that are important to predict sale prices. In this regression analysis, the R2 value across select regression models helped determine which model best fit the dataset and predicted housing prices.

About the Housing Prices Data

The dataset includes several residential features, from ordinal numeric values like OveralQual and GrLivArea to different string variables. In all, after combining the test and training data, over 2900 observations were used for fitting various models. 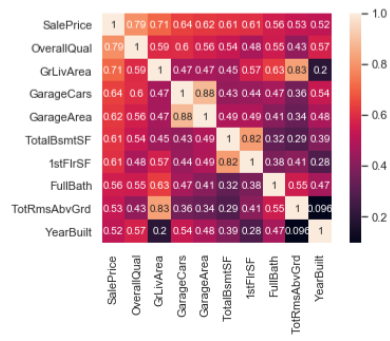 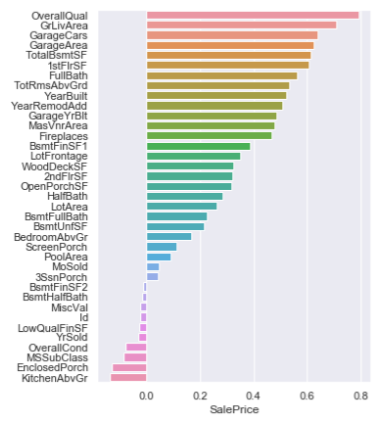 As noted, the overall quality (OverallQual) greatly affects the sale price. The higher the OverallQual, the higher the price, as shown on the box plot below. 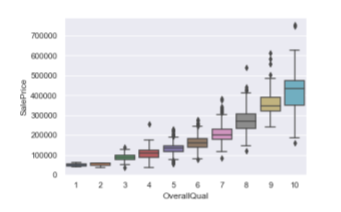 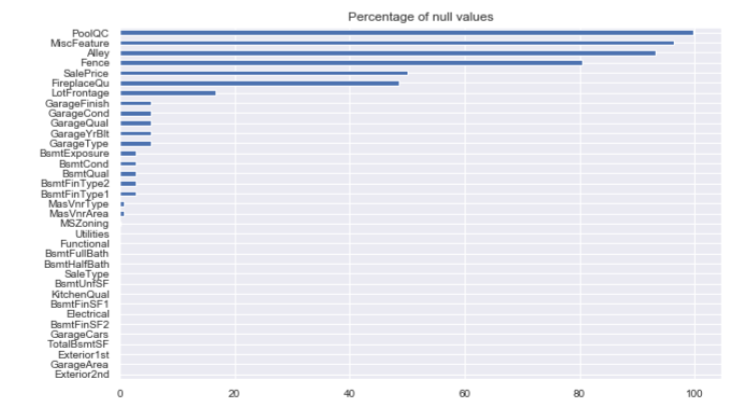 A number of features were identified with significant amounts of missing data. The row Id and features with more than 80% missing values, including PoolQC, MiscFeature (with its counterpart, MiscVal), Alley, and Fence were deleted from the dataset.

One difference between the simple and advanced dataset include whether GarageCars, GarageArea, and MasVnrArea had a “None” or zero imputation, as both imputation methods yielded different R2 values. 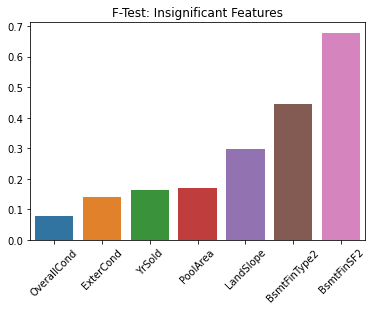 Since the F-test also revealed GrLivArea as having statistical significance, outliers were filtered out for all models.

SalePrice distribution is right skewed as shown below. To improve model fit, SalePrice was made normally distributed with log transformation. ElasticNet with alpha 0.001 and rho 0.6 performed the best of all the linear models. 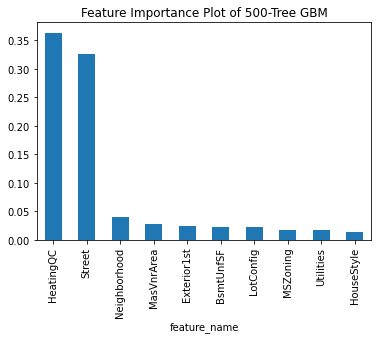 In order to improve the model, we would like to continue exploring methods that can minimize overfitting, including cross-validation and parameter tuning. Since there are still a number of data manipulations that can be done and explored, further feature engineering is another possibility, along with improving feature selection for each model.