There is no shortage of analyses on the NYC bike share system. Most of them aim at predicting the demand for bikes and balancing bike stock, i.e forecasting when to remove bikes from fully occupied stations, and refill stations before the supply runs dry.

This is why I decided to take a different approach and use the Citi Bike data to help riders find each other; a kind of Tinder for bike riders...

If you want to skip the analysis, you can check out the app here. 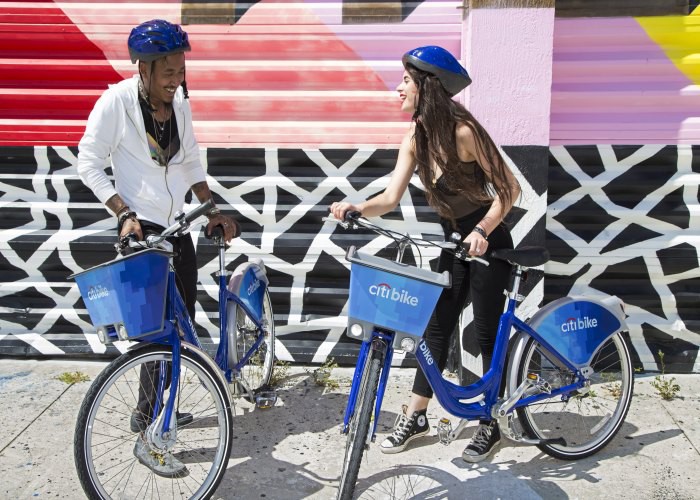 As a bike enthusiast, I wish I had a platform where I could have spotted like-minded people who did ride a bike (and not just pretend they did).

The goal of this project was to turn the Citi Bike data into an app where a rider could identify the best spots and times to meet other Citi Bike users and cyclists in general. 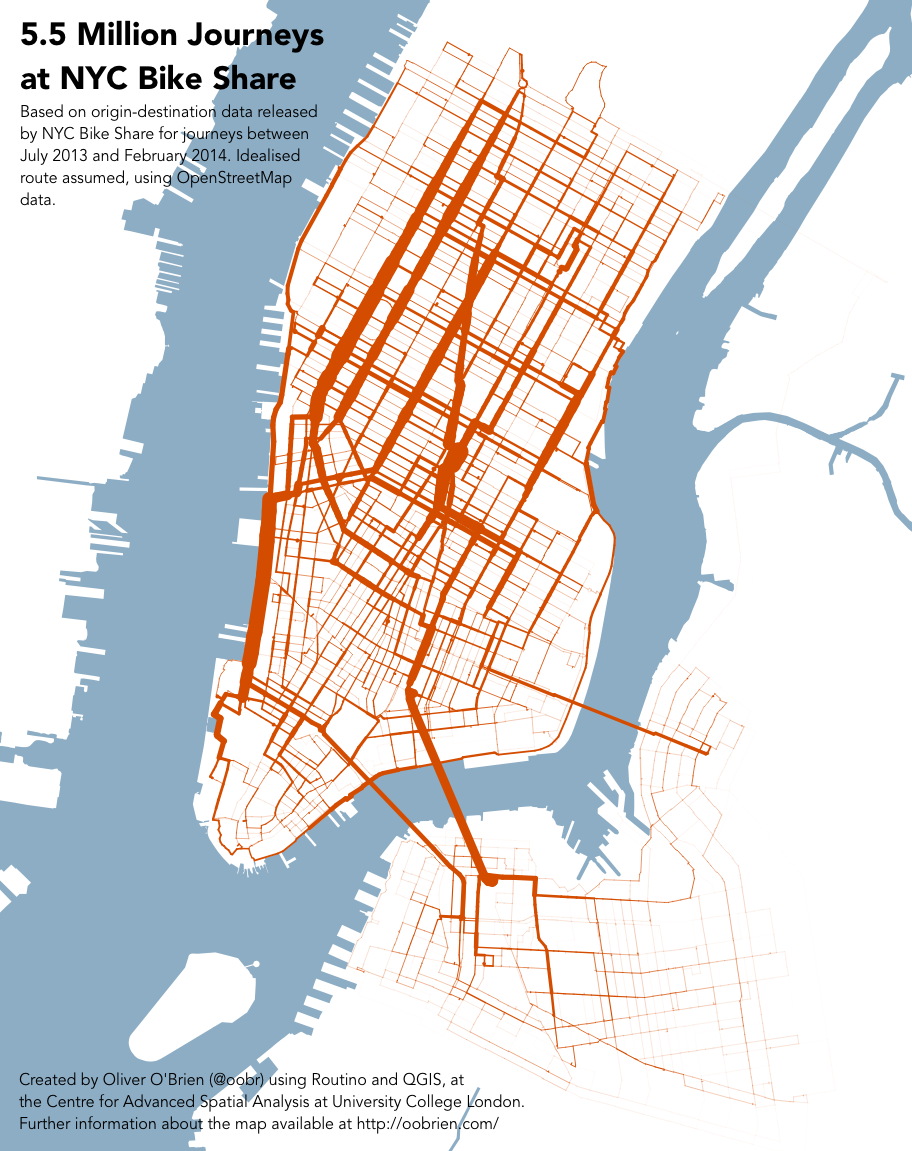 I used the Citi Bike data for the month of May 2016 (approximately 1 million observations). Citi Bike provides the following variables:

Before moving ahead with building the app, I was interested in exploring the data and identifying patterns in relation to gender, age and day of the week. Answering the following questions helped identify which variables influence how riders use the Citi Bike system and form better features for the app:

As I expected, based on my daily rides from Queens to Manhattan, 75% of the Citi Bike trips are taken by males. The primary users are 25 to 24 years old. 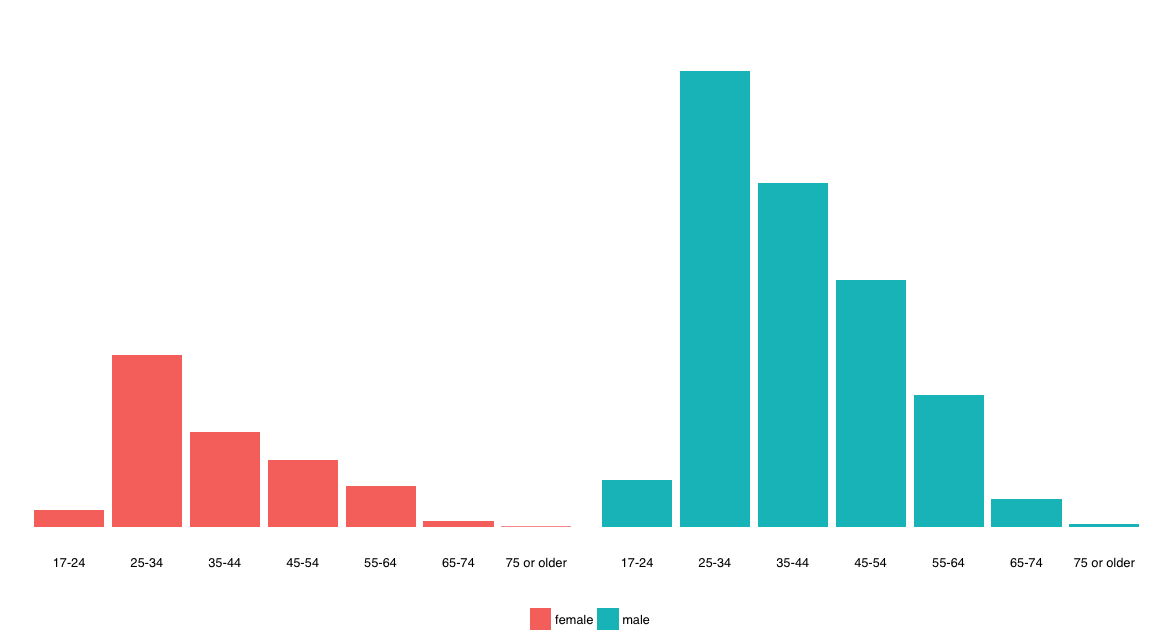 Distribution of Riders per Hour of the Day (weekdays)

However, while we might expect these young professionals to be the primary users on weekdays between 8am-9am and 5pm-6pm (when they commute to and from work), and the older users to take over the Citi Bike system midday, this hypothesis proved to be wrong. Also, tourists seemed to have little impact on usage as the short term customers only represent 10% of the dataset. 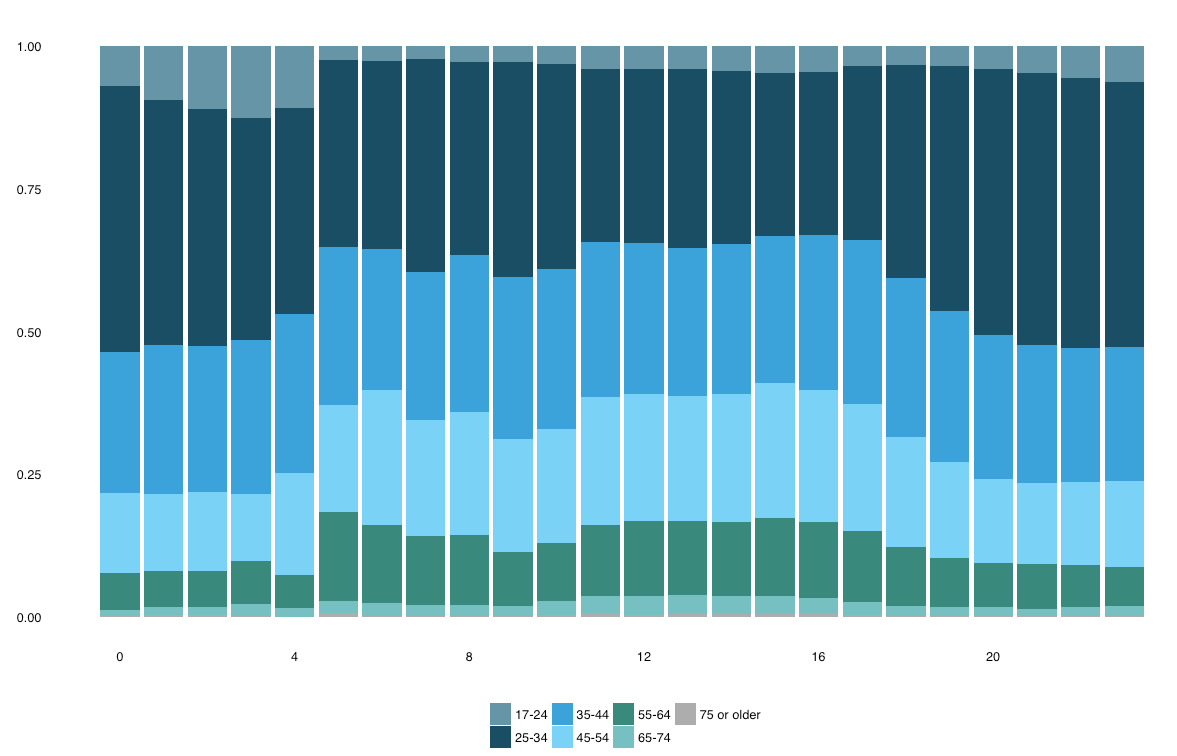 Distribution of Riders per Hour of the Day (weekdays only)

Looking at the median age of the riders for each station departure, we see the youngest riders in East Village, while older riders start their commute from Lower Manhattan (as shown in the map below). The age trends disappear when mapping the station arrival, above all in the financial district (in Lower Manhattan), which is populated by the young wolves of Wall Street (map not shown).

The map also confirms that the Citi Bike riders are mostly between 30 and 45 years old. 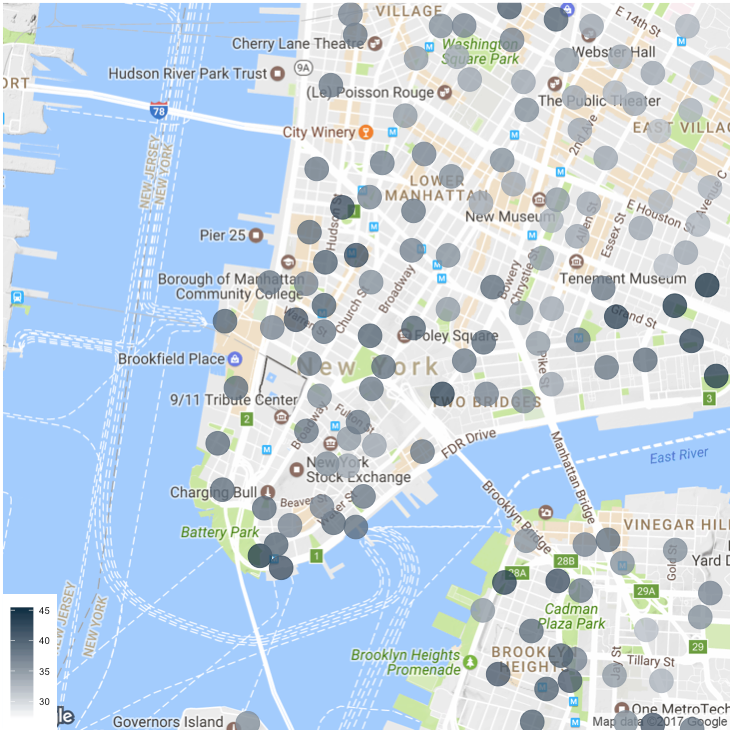 Rides by Hour of the Day

Finally, when analyzing how the days of the week impacted biking behaviours, I was surprised to see that Citi Bike users didn’t ride for a longer period of time during the weekend: the median trip duration is 19 minutes for each day of the week. 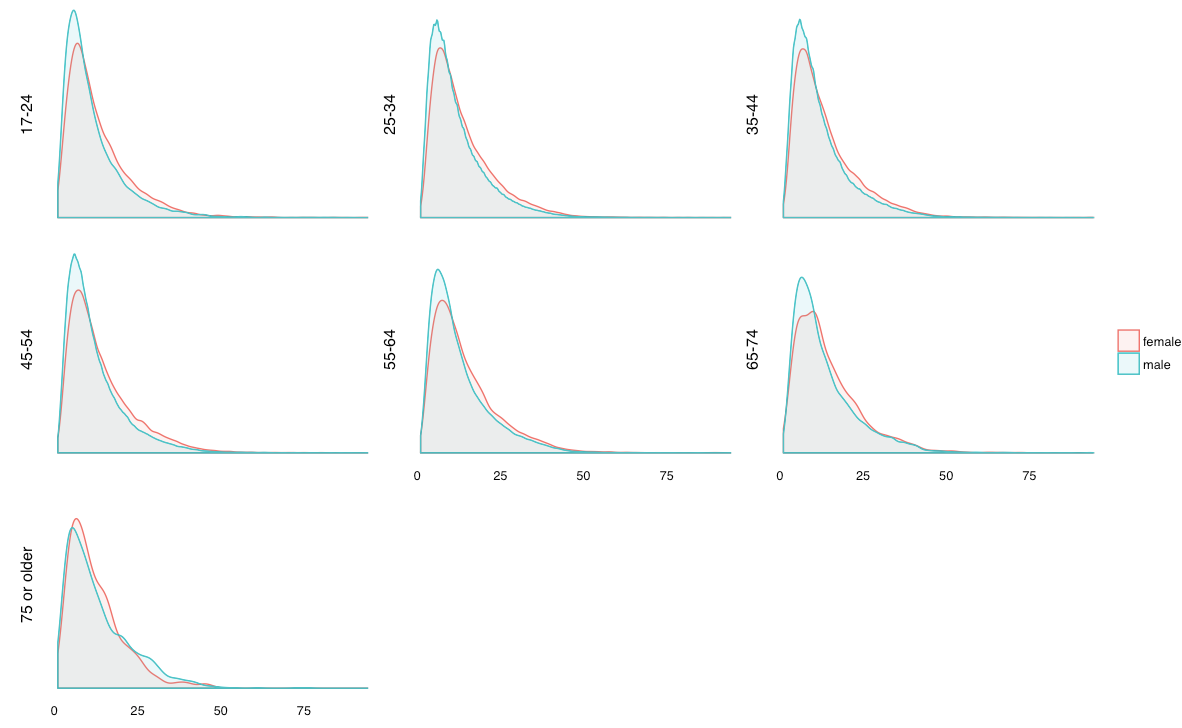 However, as illustrated below, there is a difference in peak hours. While the peak hours during the weekdays are around 8am-9am and 5pm-7pm when riders commute to and from work, on the weekends, riders hop on a bike later during the day, with most of the rides happening midday.

Number of Riders per Hour of the Day (weekdays vs. weekends)

Where does this analysis leave us?

The Citi Tinder app in a few words and screenshots.

There are 3 steps to the app: 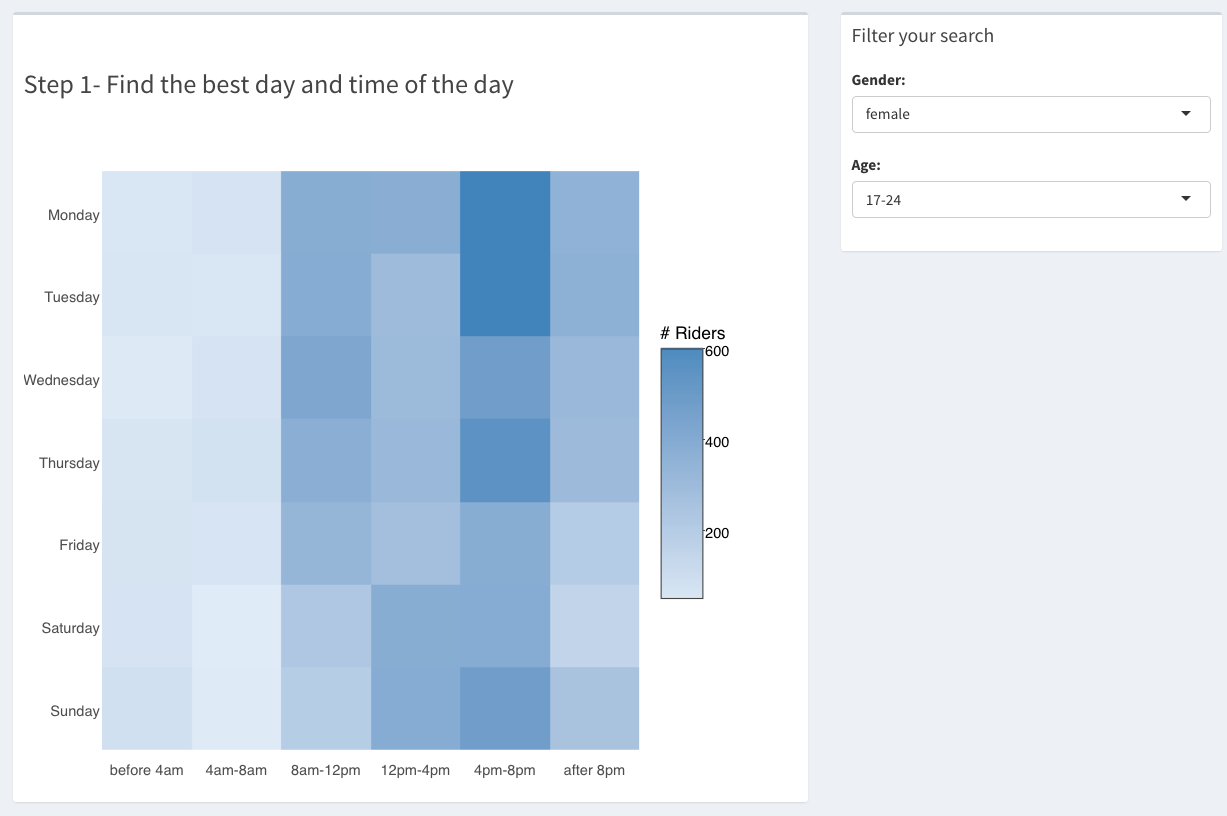 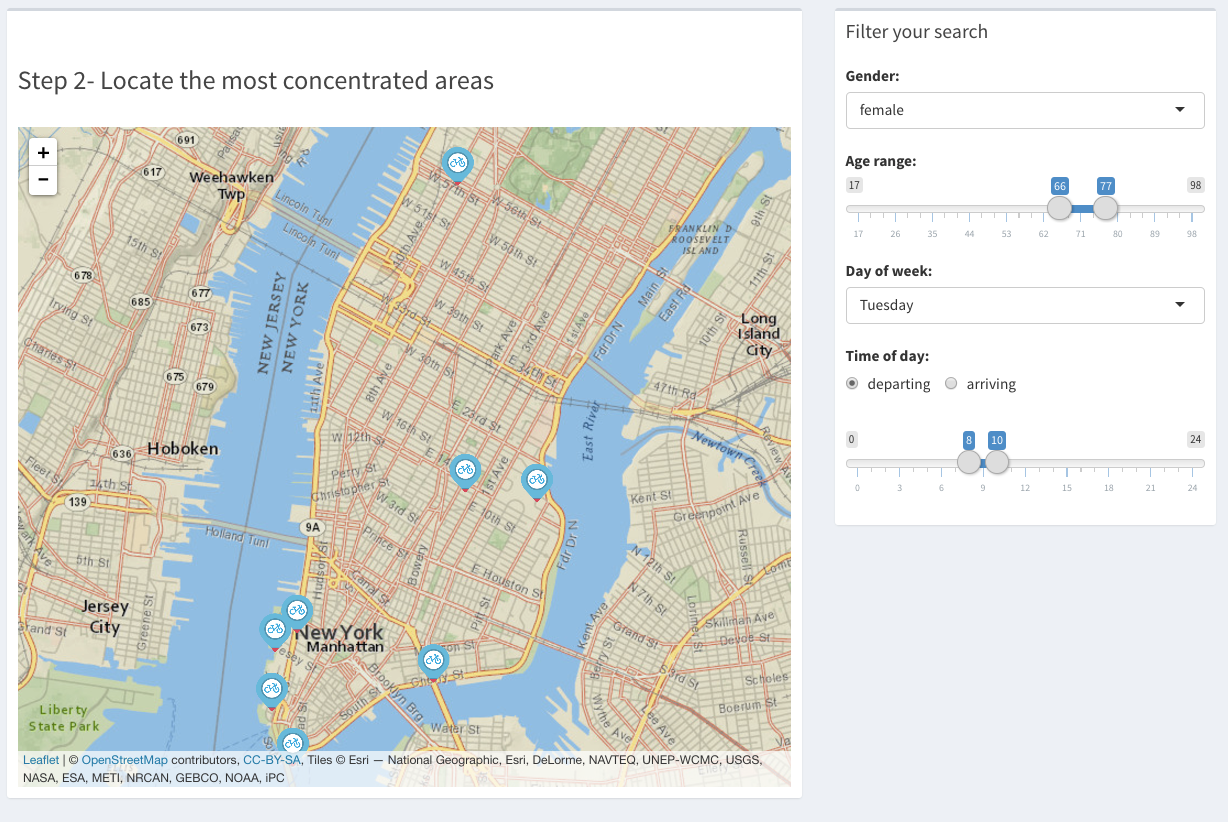 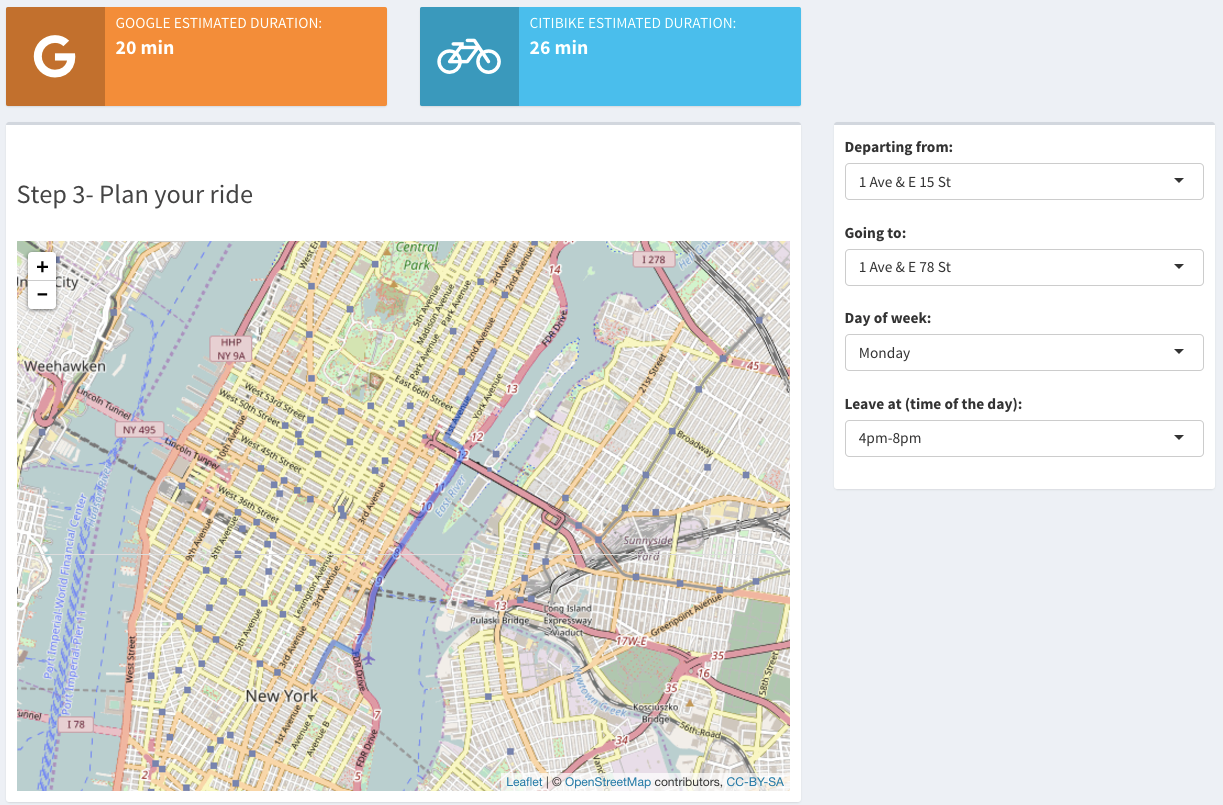 Although screenshots are nice, the interactive app is better so head to the first step of the app to get started!

This is the first of the four projects from the NYC Data Science Academy Data Science Bootcamp program. With a two-week timeline and only 24 hours in a day, it was impossible to cover every data angle. Below is a quick list of the analysis I could have, would have and should have done if given more time and data: 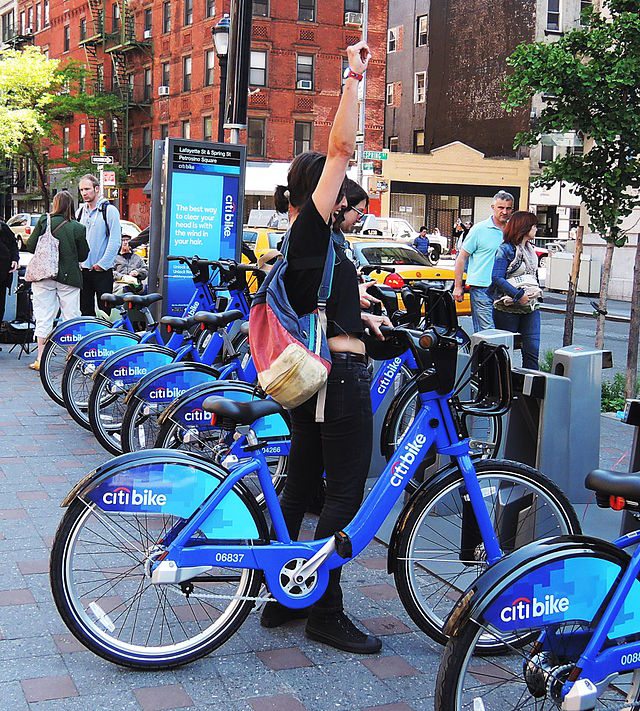