Contributed by Wendy Yu. She is currently in the NYC Data Science Academy 12 week full time Data Science Bootcamp program taking place between January 11th to April 1st, 2016. This post is based on her second project - R Shiny.(due on 2nd week)

From the White House:

Actions in the U.S.:

Use the App below to explore changes of income and gender pay gap over the past 30 years, and see how different factors influence the pay gap.

How to use the App:

All data are collected from United States Census Bureau.

Click on the image below to go to the published Shiny App. 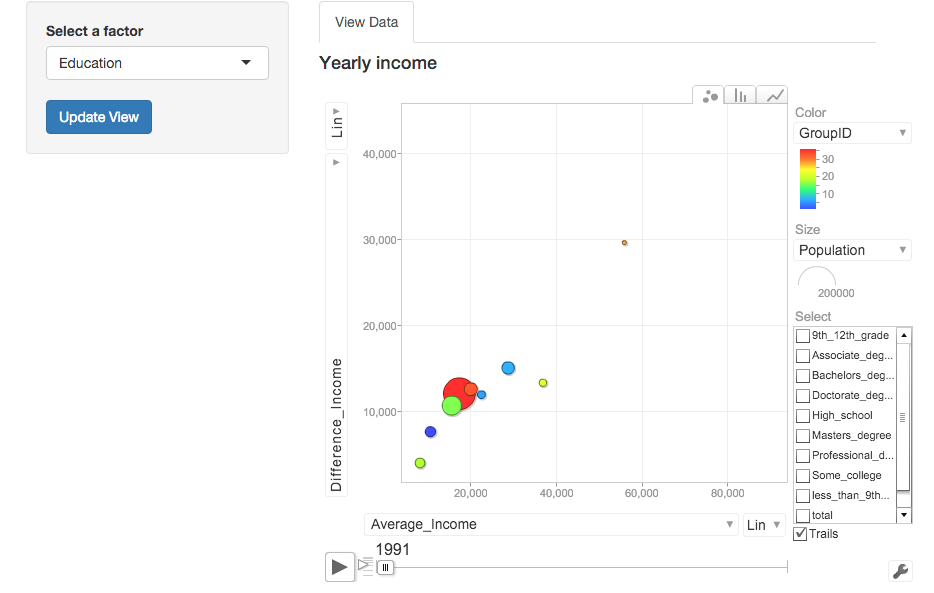 From exploring the data above, here are some of my observations:

Overall, the good news is that gender pay gap has shrunk for the past few decades. However, the decrease in the pay gap has stopped for at least 5 years. To date, women are still making about 20% less then men. Gender pay gap is a continuous problem in the United States, we should first seek an understanding of stereotypical gender roles, we will then be at a better position to fix gender pay gap.

Gender Pay Gap in the United States — Dr. Jonathan Jenkins, DBA, CSSBB, MSQA April 14, 2016
[…] Science Academy 12 weeks boot camp program between Jan 11th to Apr 1st, 2016. The post was based on her second class project(due at 4th week of the program). The scandal of Sony Picture Entertainment Hack raised the […]