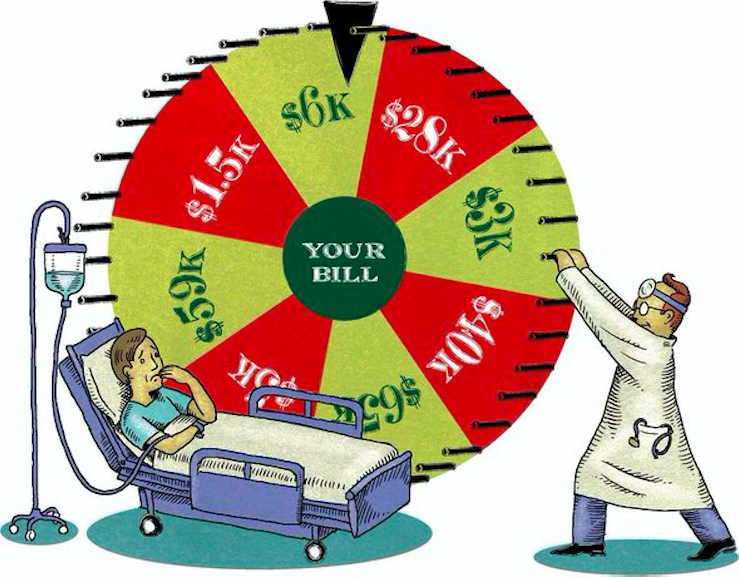 In the current state of continued uncertainty around the future of the Affordable Care Act and healthcare reform financing, policymakers are becoming more interested in the role of prices in driving healthcare spending.

Hospitals are usually billing for more than what they expect to receive for services provided. Actual payments differ from billed charges because Medicare and Medicaid set reimbursement rates that they will pay for procedures while commercial payers negotiate rates with hospitals.

In 2013, in an effort to increase price transparency, the CMS began providing Medicare claims and payment data for most common inpatient diagnoses at over 3,300 hospitals. Each year the data has continued to show dramatically different prices for the same procedures at different hospitals. We have analyzed the CMS data for fiscal year 2015 to measure inpatient charge and payment variability. Our analysis has shown that wide variations in hospital charges and payments for the same services persist.

The dataset is owned by the CMS and is part of the inpatient utilization and payment public use file. The dataset provides information on utilization, payment (total payment and Medicare payment), and hospital-specific charges for over 3,000 U.S. hospitals that receive Medicare Inpatient Prospective Payment System (IPPS) payments. The dataset includes about 201k rows and 12 columns. The data is organized by hospital and Medicare Severity Diagnosis Related Group (MS-DRG).

“Average Charges” refers to what the provider bills to Medicare.

“Average Total Payments” refers to what Medicare actually pays to the provider as well as co-payment and deductible amounts that the beneficiary is responsible for.

The Medicare data app is an interactive dashboard that visualizes hospital charge and payment variability across the U.S.

Average hospital charges and payments differ across the U.S., with many procedures costing more in some states than others. We have ranked states by average Medicare payments, average total payments as well as by average covered charges. States with the highest hospital charges are California, New Jersey, Pennsylvania, Colorado, Nevada, Florida and Alaska while states with the highest average Medicare payments are Maryland, California, Alaska, New York, Washington, Massachusetts and Hawaii. 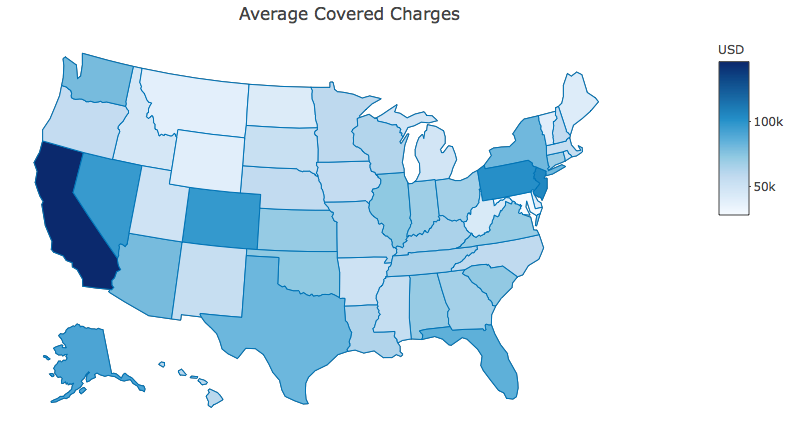 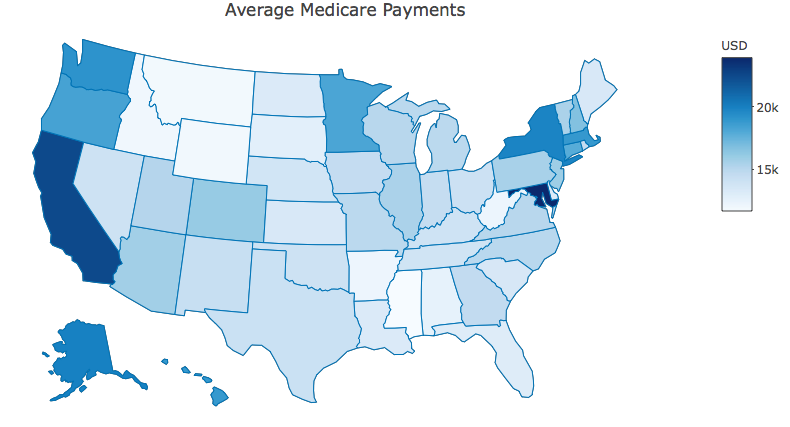 Our analysis has shown that among the most common Medicare hospital discharge diagnoses in 2015 were septicemia, major joint replacement, heart failure and shock, kidney & urinary tract infections as well as simple pneumonia & pleurisy. 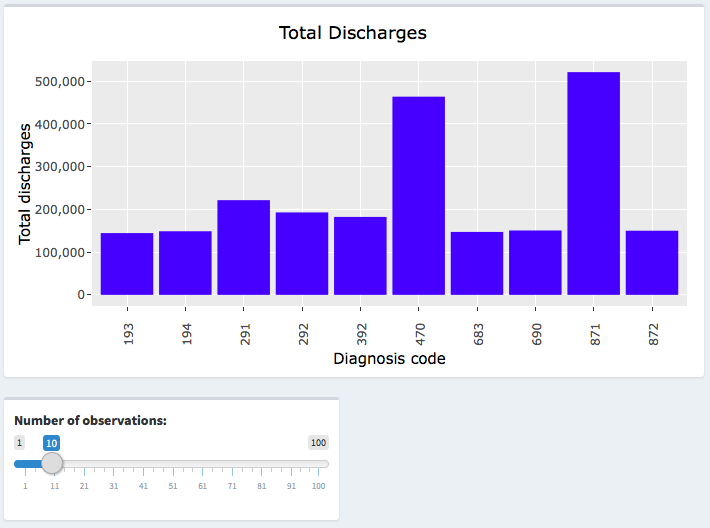 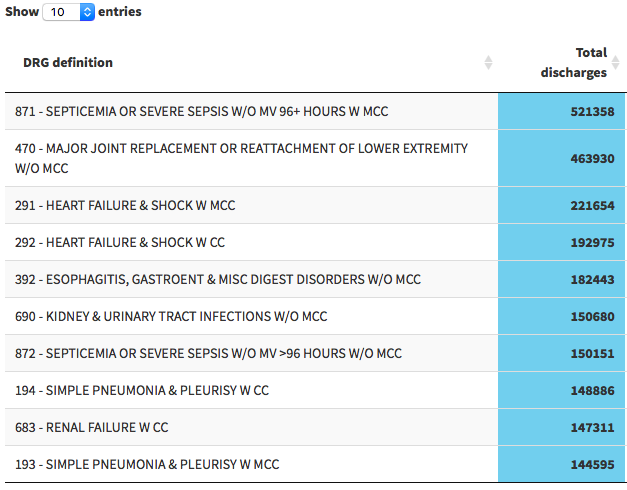 The most expensive health conditions 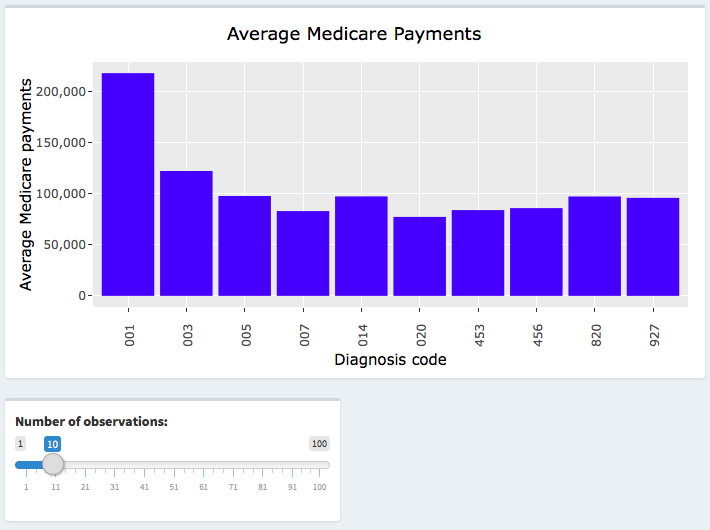 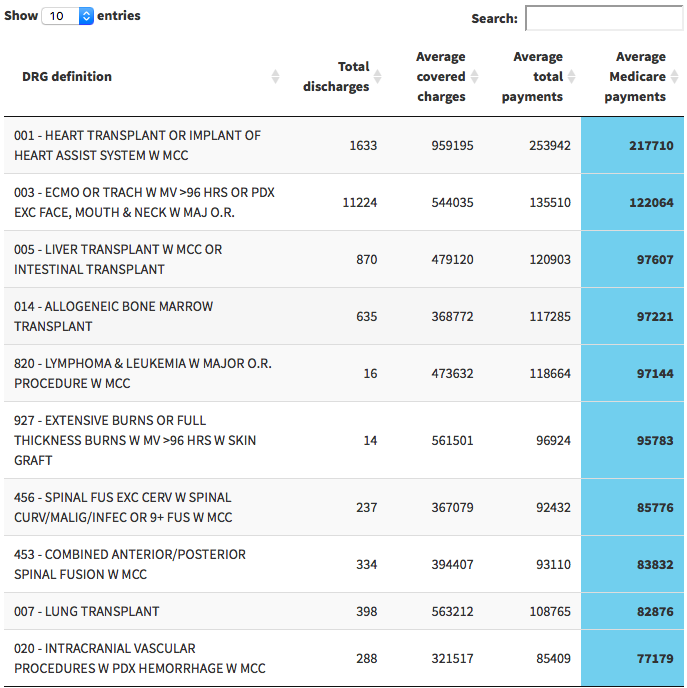 Variation in hospital charges and Medicare payments for the same services 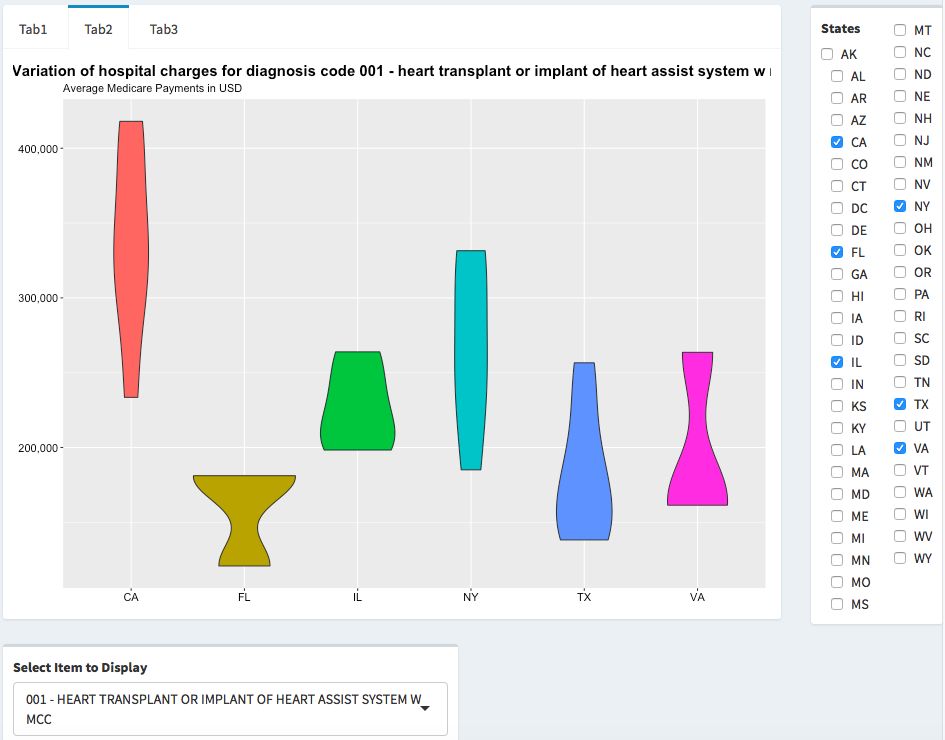 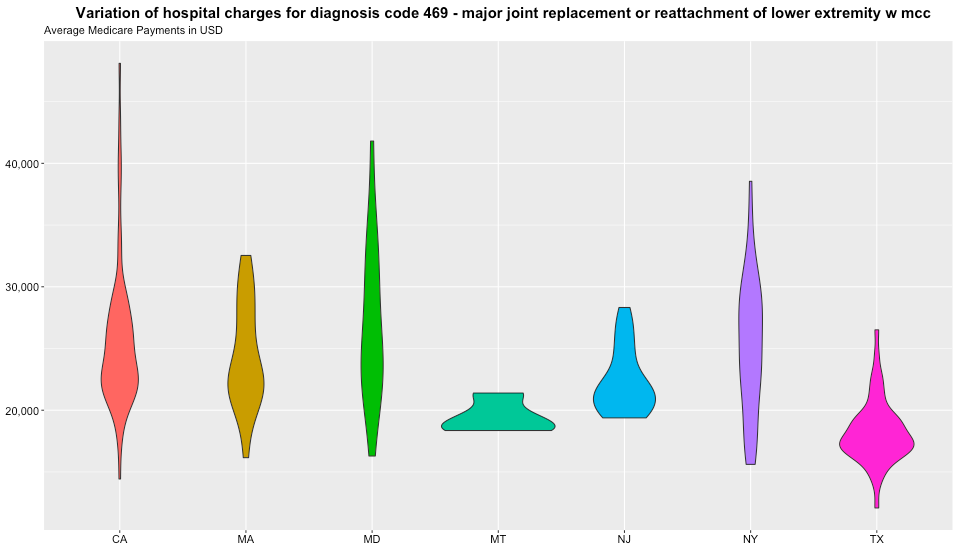 In 2015 on average hospitals charged 5.2 times what Medicare reimbursed them for the same procedure (standard deviation was 2.75), with a range of 0.09 to 42.

The difference between charges and reimbursement rates remains largely unexplained. It would be interesting to conduct further research to identify hospital characteristics associated with higher charged rates compared to actual Medicare reimbursed rates. 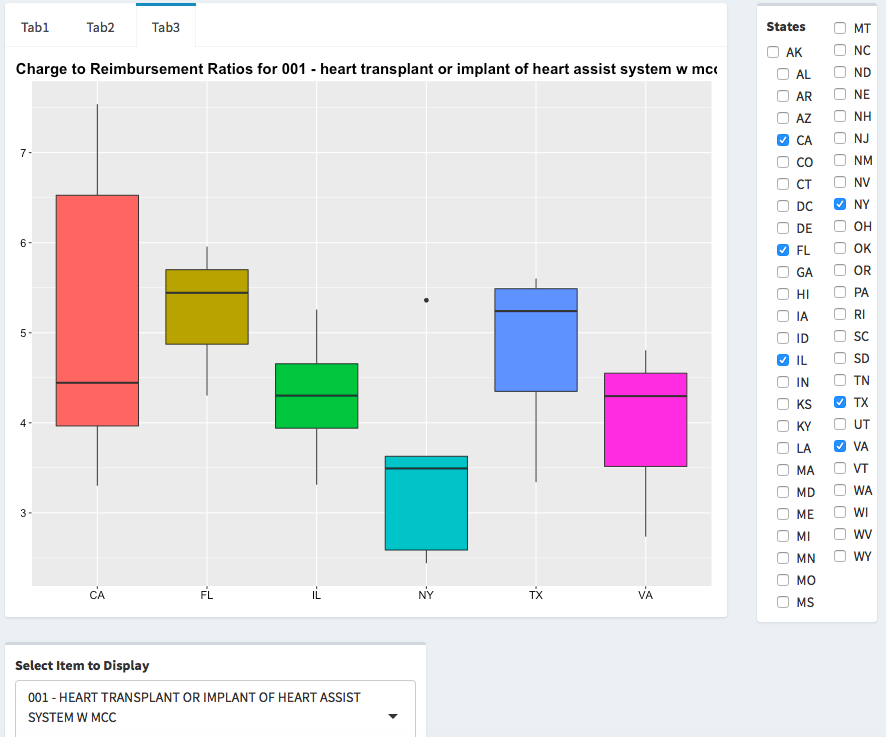 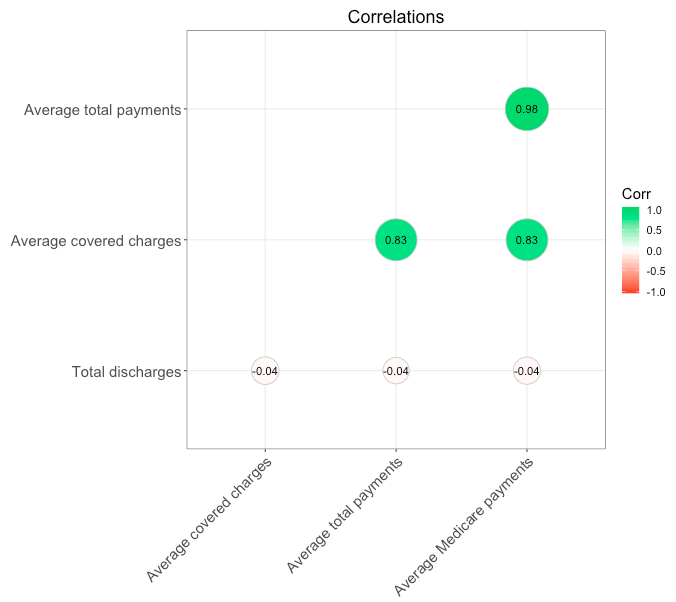 View all posts by Yulia Norenko >