I want to start with a short story. Back on March 12th, 1993 I was sitting in class, and I heard a loud explosion. It wasn’t the sound a firecracker would make. This was a very visceral feeling. I felt it in my gut. It turns out that a bomb had gone off a couple of miles down the street at the Bombay Stock Exchange. This was one of 13 bombs that had gone off simultaneously in Bombay, my hometown. This wasn't the only time we've had to experience such a thing.

So the topic of global terrorism trends hits very close to home. As such I wanted to do something to visualize publicly available data on global terrorism, with the main purpose of helping people be more informed about how terrorism trends are changing on:
A. Attacks that are internationally motivated
B. The targets of all attacks
C. The number of attacks over the past 45 years in the U.S. as well as in India.

I used the Global Terrorism Database which is managed by an organization called START, headquartered out of the University of Maryland. The data as of July 21st contained close to 157,000 records. START has done a great job building such a compendium of information that is available in the public domain and their efforts should be commended.

The data spans from 1970 to 2015 -- and as can be seen from the below plot, skews very greatly in terms of volume in recent years.

However, this is an artifact (and a limitation) of the data.  What is captured here is a trend in improved data collection in this increasingly digitized age.

A second interesting trend is one involving targets of attacks. As can be seen in the chart below, businesses seemed to be a more frequent target when compared to regular citizens back in the 70s and 80s. The "citizens" category refers to people being targeted, but not for any affiliations they may have with let's say government, military, police, business or any other organization or group. As can be seen in the chart below, regular citizens are becoming a target for a higher proportion of events as the years go by.

The bar charts below shows this same increasing trend in regular citizens being targeted by comparing this category to all other target types between 1970 and 2000. In the 70's and 80's the proportion of cases of citizens being targeted in relation to other targets was fairly low, but the change in trend between the two years shown in the charts below is very apparent. This may be one factor that additionally contributes to the perception of a lack of safety around the world. Anyone can be targeted. 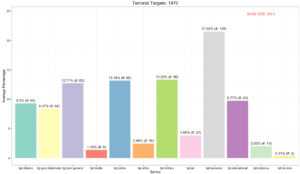 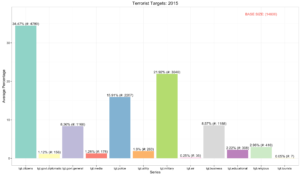 The last trend I'd like to focus on is the location of attacks. How are terrorist events spread across countries and how are these changing over time? The chart below visualizes the proportion of attacks by country for any specific period of time. In the tree map below, we're looking at all years since 1970 and it presents an expected picture of asian and middle eastern countries experiencing more trouble than others. 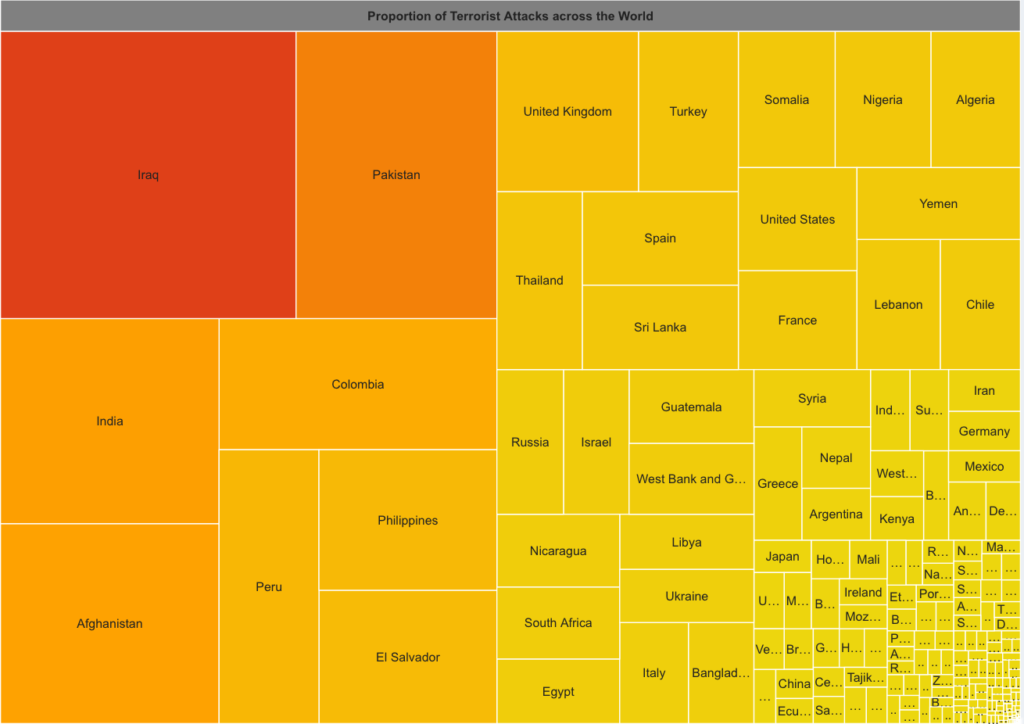 Let's look at specific years. 1970 shows a very surprising difference. One reason for the high proportion of terrorism in the U.S. in 1970 could be the lack of information from foreign sources during the 70s. But the two screenshots included below is definitely suggesting a reduction of terrorist activity in the U.S. and a relative increase in activity in Asia over the last 40 odd years. 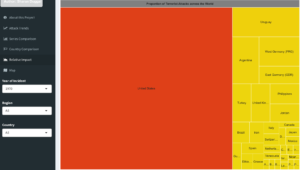 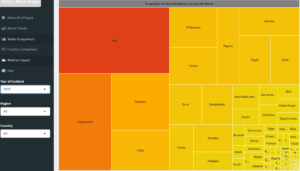 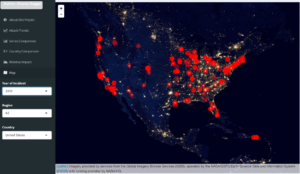 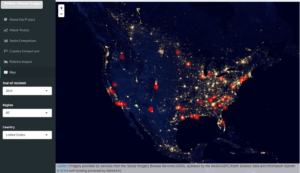 In comparison, the picture of terrorism events in India (2015) gives a glimpse into the alternate trend that is underway in Asia. While Northern India has always had trouble from separatist movements, it is particularly surprising to see the heavy cluster of events on the east coast of India. 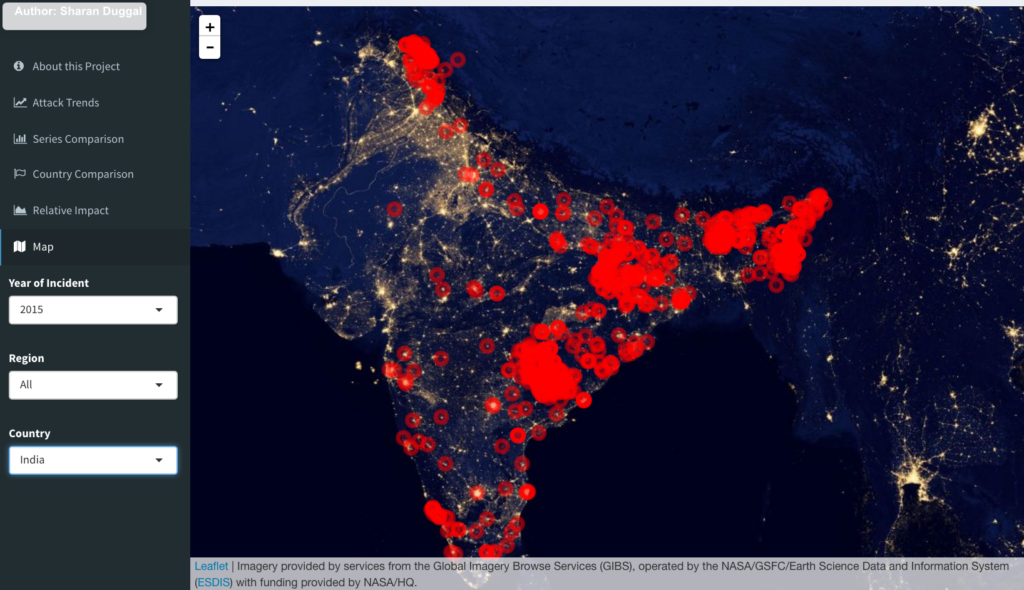 To conclude, I have focused on just three overall trends here, but ones that are very relevant to the conversations we are having today about global safety.  There is a lot more great information in the Global Terrorism Database, such as the differences by region in the proportion of attacks on abortion clinics, the types of weapons being used, the fact that explosives seems to be the biggest problem in terms of terrorist attacks around the world, among others. My next step is to create a web app to help you visualize such trends yourself, and uncover the story that you may find the most relevant. Stay tuned.