As an avid movie fan, I decided to use Scrapy to web scrape the-numbers.com, a website dedicated to chronicling film box office performance. 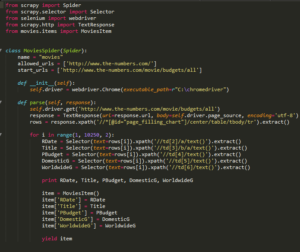 I was ultimately interested in developing a model to classify the box office performance of films on the basis of their production budgets and release dates. I would then apply this model to unreleased films.

For that reason, I scraped a page of 5125 movies, arranged by budget, release date, and domestic and worldwide grosses. 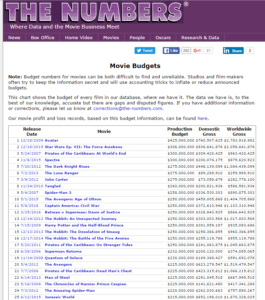 Before I applied any machine learning techniques to this data, i.e., Support Vector Machines and Boosted Trees, I wanted to see what the basic relationships were between time, foreign grosses and domestic grosses. 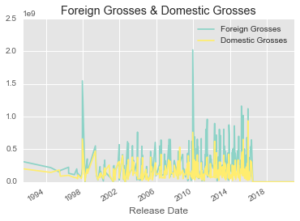 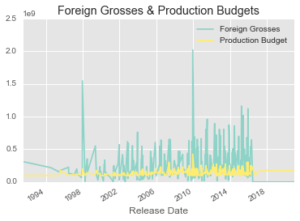 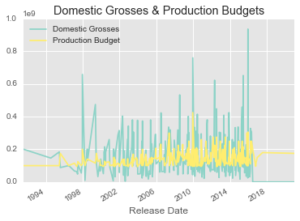 In the third graph, we can see it is sometimes the case that domestic grosses are lower than production budgets.

Based on these graphs, I decided to investigate timing and production budgets using machine learning techniques.

After loading the scraped dataset and adding a Foreign Grosses column, I added timing factors and a box office performance classifier for use in applying Support Vector Machines and Boosted Trees. The timing factors correspond to dump months (1), Awards season (2), summer (3), and ‘Aggressive’(4). The term ‘Aggressive’ is intended to capture releasing a film in March or April to beat out the summer competition early.

I loaded the e1071 library for SVM and created a training and test set.

Here is a screenshot of a 3D scatterplot of my cost, gamma, and error, resulting from the cross-validation I used to fine-tune my model. 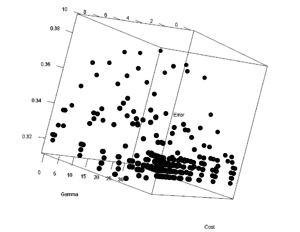 The classification predictions are as follows:

As all of these films are in classification 3, the inference, according to my model, is that they will all make less than $531 million in worldwide grosses. Then again, SVM is very sensitive, and an additional data point can dramatically shift the number of support vectors and the hyperplane that divides the classes.

I next wanted to look deeper into the effect of timing on foreign and domestic grosses. I used the GBM package to do so, using 1000 trees with an interaction depth of 4.

One can see that production budgets have more of an influence on both domestic and foreign grosses than the timing of release. 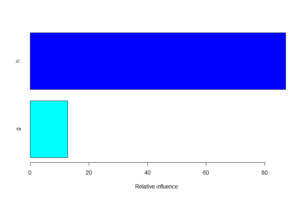 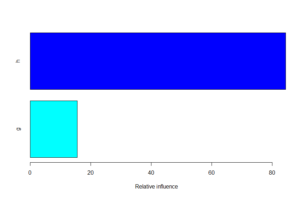 One can see that foreign grosses are higher during Awards season (2) and Summer (3) than other times, respectively. 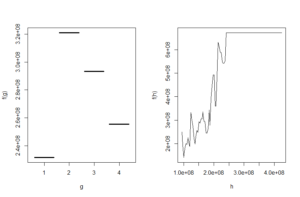 One can see that domestic grosses are higher during summer (3) and Awards season (2), respectively. By comparing these graphs, one can also see that production budgets have a much greater impact on foreign grosses than domestic grosses. 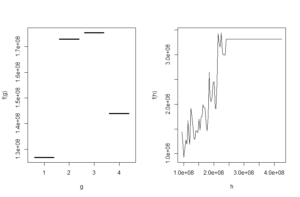