What's the best way to realize how truly amazing our planet is? It's really easy! Visiting the best national parks in the world! I'm thankful that governments around the world protect these amazing features so well that I had a chance to visit all these breathtaking areas. However, the crowds are so large that most people have to wait at least 1 to 2 hours in the high demand season. I thought it would be a great idea to scrap national parks information from different website and used the data to build a recommend system to solve the crowds problem.

1. What's the best time to visit each of the national park?

2.Which national park campground is the most popular?

3.How to select the best camping spot during your trip to national parks?

Wikipedia - which included total visitors of each national parks in 2016

Campground - which included campground's rating, reviews and accommodations in each national parks

TripAdvisor - which included reviews and rating of different national parks 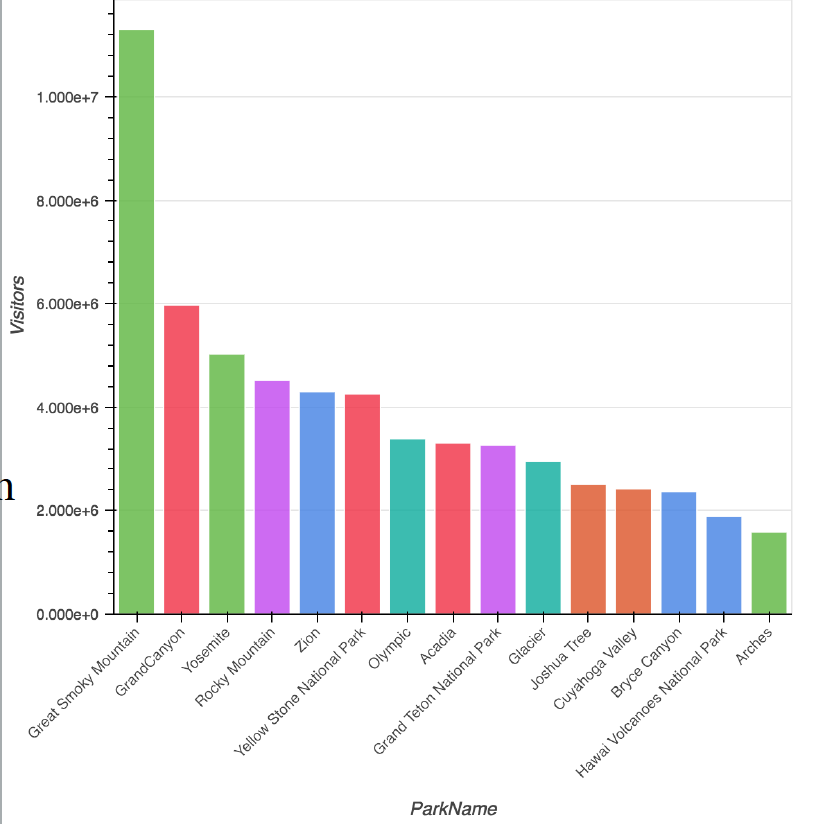 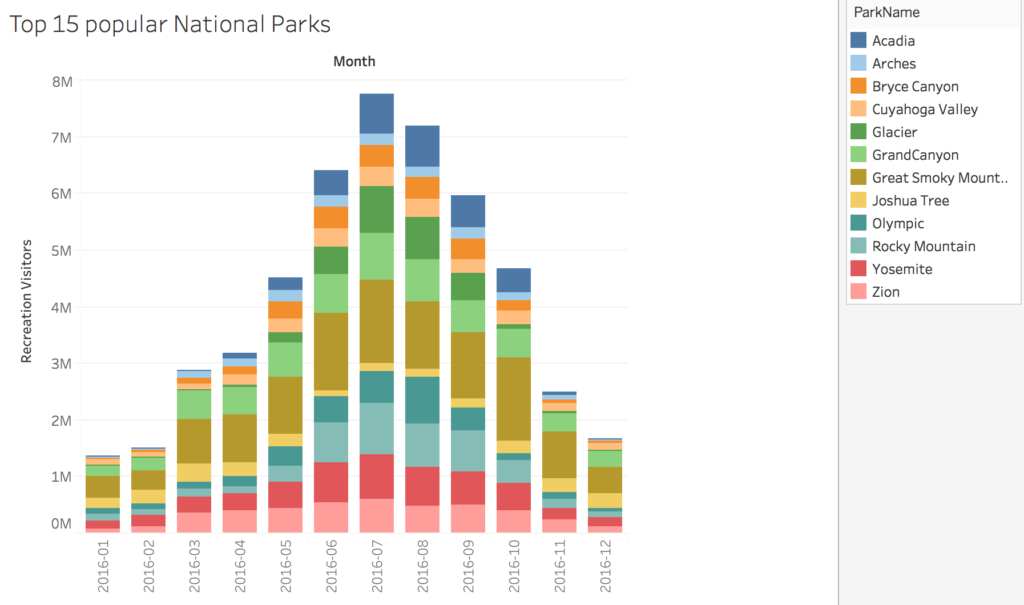 With the National Park Service data, the plot above shows what's the high demand season of each national parks. We can find that most parks popular seasons are from June to September and we can just select the end of May and early October to escape the crowds. But, just be careful, Joshua Tree's high demand season is totally different to other popular parks shows in the bottom. 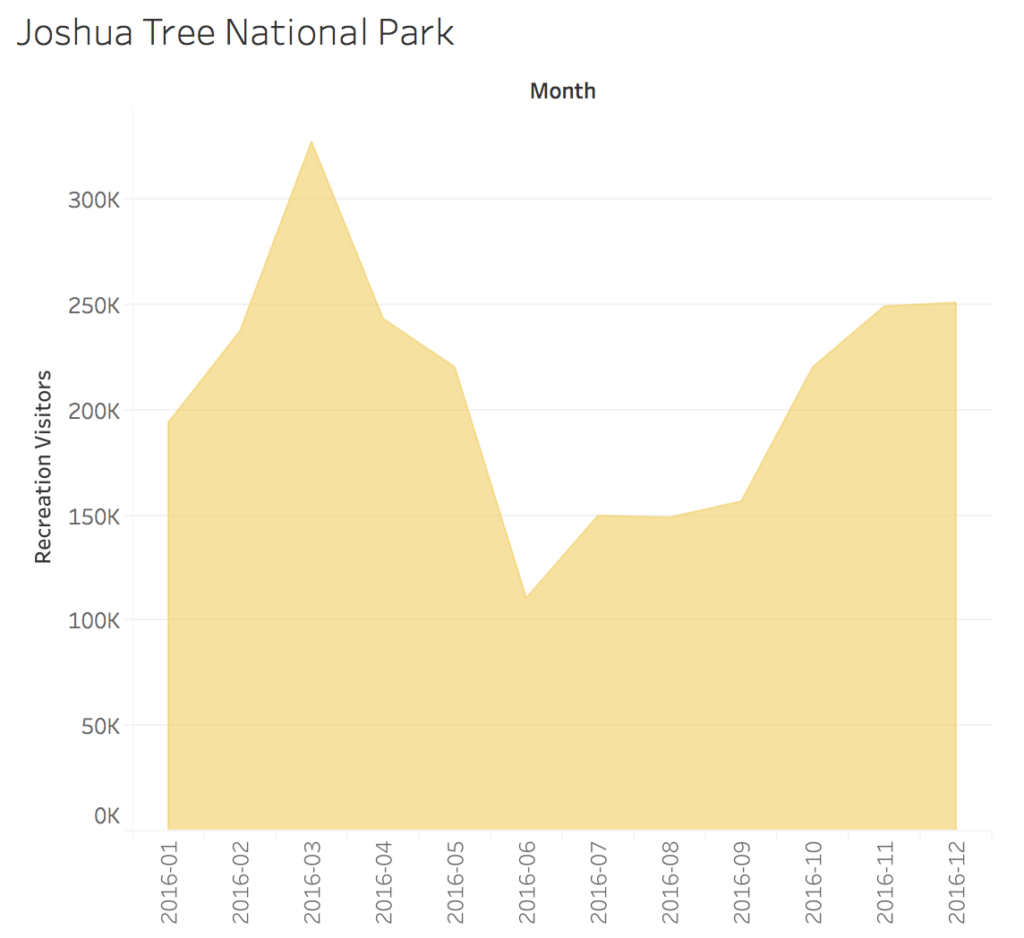 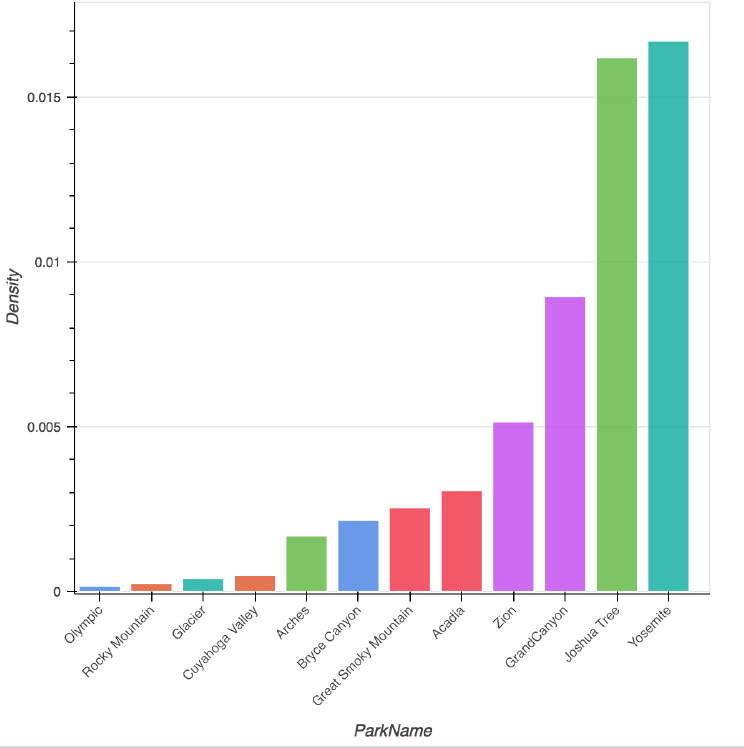 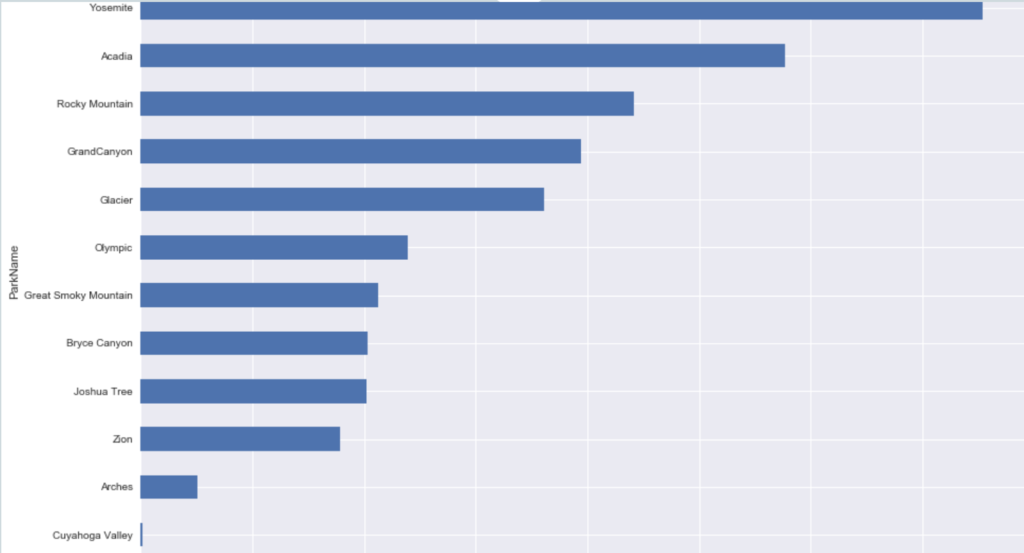 And the plot above shows the total accommodations for campers with Campground data. Compare to these two plots, we can find that Joshua Tree and Zion National Parks campgrounds accommodations are not enough for all the visitors.If you would like to visit these two parks, make sure make a reservation for the campground as early as possible. 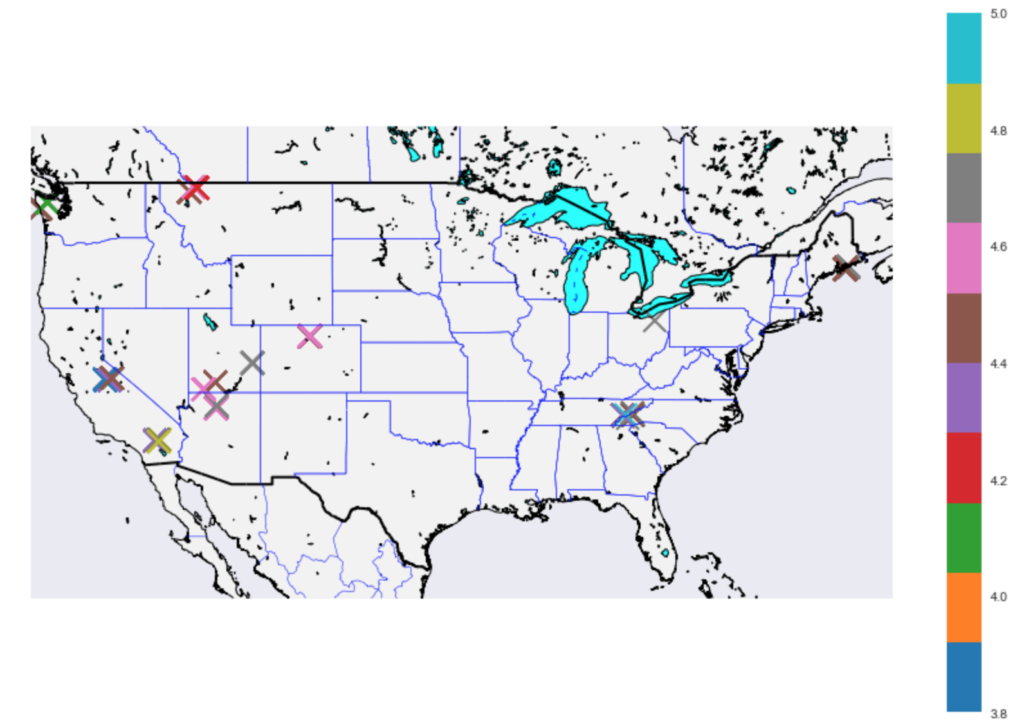 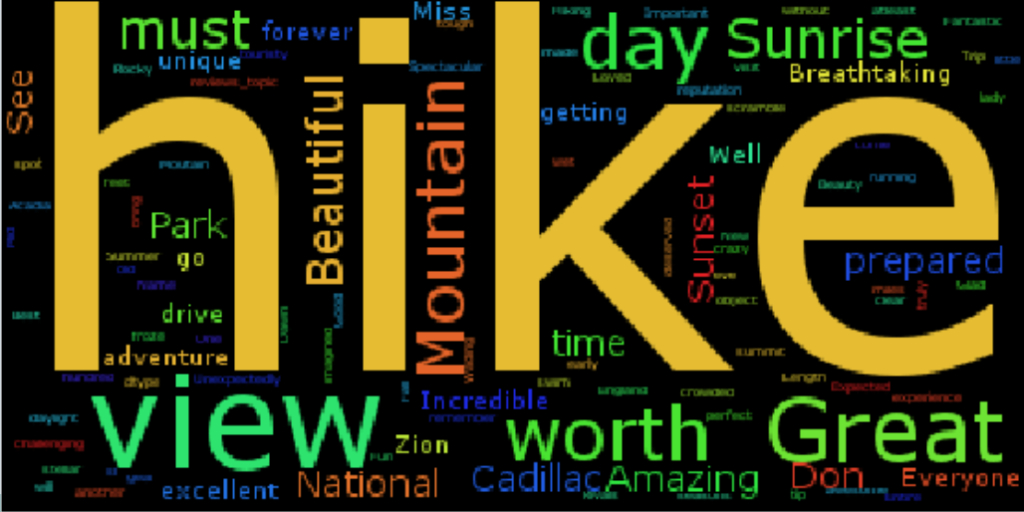 Using TripAdvisor reviews to create a word cloud in order to see the main reasons visitors go to national parks. According to the word cloud result, we can know that most people visit national parks for hiking and natural views.

Based on the analysis, selecting the best season for different national parks by box plot and choosing the best campground by base map, you would have a big chance to have a wonderful trip.

Hsiang-Yuan Lee graduated from New York University with a M.S. degree in Industrial Engineering. He loves finding insights from different types of data and is open to learn new skills. Hsiang-Yuan decided to become a professional data scientist...
View all posts by Hsiang-Yuan(Joshua) Lee >