As a dog owner, I noticed it can be quite challenging to find an apartment where pets are welcome. Sites like Zillow and StreetEasy do not actually provide pet information for their apartment listings, indicating you have to ‘contact the broker’ in order to find the details. On the other hand, listings on Craigslist actually do indicate whether or not an apartment allows pets on the listings. Therefore, I decided to scrape all Craigslist rental listings data for all major U.S. cities in hopes to answer the questions below:

I scraped two websites: Craigslist and Renthop using Selenium and Scrapy respectively. When using Selenium, I find that having helper functions really helped organize the code better because it doesn’t come with a ready-to-use package like Scrapy. In the craigslist_selenium folder you will find the following files: __init__.py, craigslist.py, data, listings.py, selenium_scraper.py. Craigslist.py is the main file that needs to be run, and listings.py, selenium_scraper.py are class modules with class methods to be imported in the main code, craigslist.py. The data folder is created to easily organize the data scraped.

On the other hand, the scrapy package is a lot easier to use, and many things are already built for us when we create a new project. The xml path in Scrapy is a lot more comprehensive even for those who do not have much knowledge on HTML. After exploring web scraping with both techniques, I find that Scrapy is much faster and more robust than Selenium. Selenium’s main benefit is working around the infinite scroll websites where the urls do not change while the information updates, which is a shortcoming in using Scrapy. 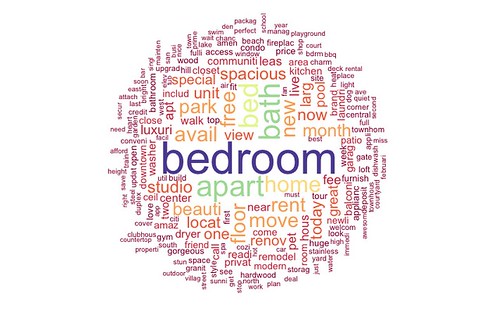 So, what are my discoveries? Not surprisingly, New York is the most expensive city for apartment rentals. Based on Craiglist’s rental listings, one needs to put down $2,757 on average for one month's rent. San Francisco came in a close second  with an average rent of $2,745. The third most expensive city is Boston with an average rent of $2,405. In light of the fact that, the average salary is not the same in all cities, you need more contextual information than a straight comparison of  the average rent ..

Accordingly, I normalized the average rent with Average Tech Worker Salary from https://hired.com/page/state-of-salaries. The following graph displays what percentage of the annual gross salary (before tax)  on average, would go into the rent for a renter working in the tech field in these cities. 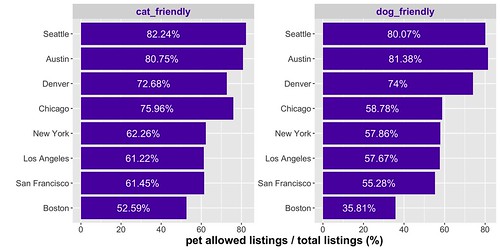