Billboard has been the industry standard for providing weekly music charts since its inception in the mid-20th century. I decided to scrape every week's worth of data from Billboard.com's Top 200 and Catalog Album charts (dating back to 1963 and 1991, respectively). I then conducted analysis of the data in regards to entrants' longevity, ranking, and appearance on both charts.

Using Python's Scrapy package, I created a web spider for each of the two charts.  Some of the challenges of this particular scraping project were: 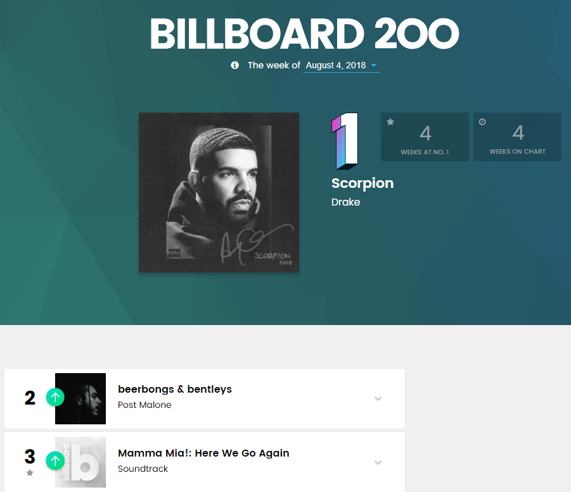 The first question that I wanted to use this data to answer was "what's the best album of all time?" That is certainly not something that can be easily concluded, but the following two figures can help provide some insight: 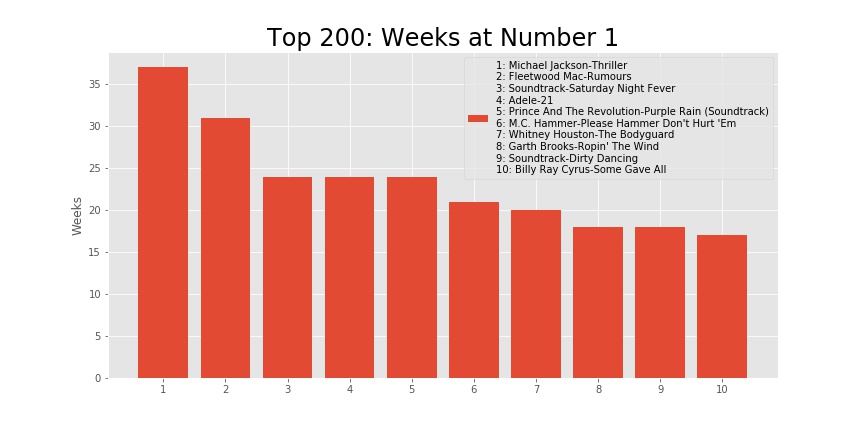 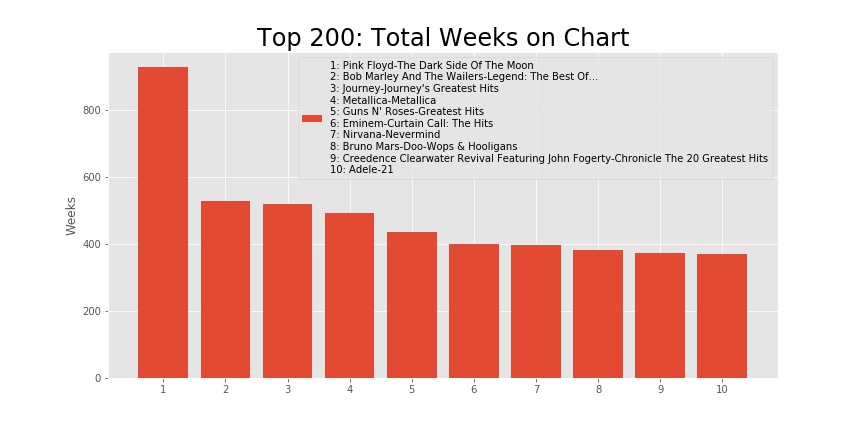 Assuming that some combination of the two metrics above do measure chart superiority, we can further examine the behavior of our two contenders by viewing their chart ranking over time. 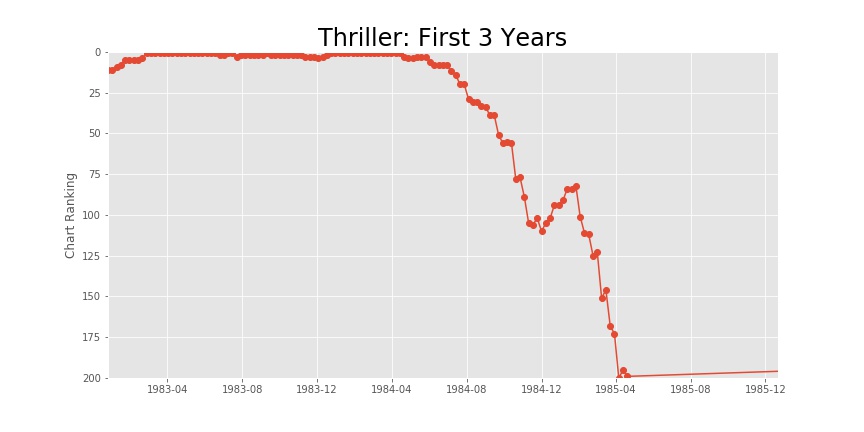 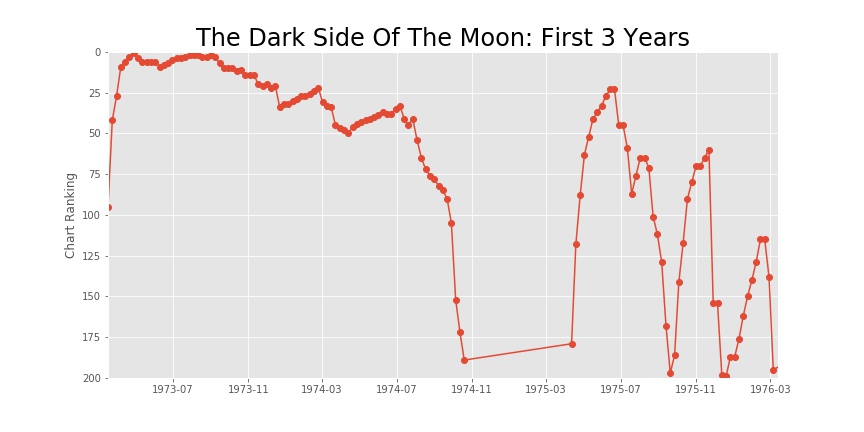 A lot can be said about the behavior of these two charts. I find it particularly interesting the semi-cyclical behavior exhibited by The Dark Side Of The Moon, and how that absolutely is not seen with Thriller.

The next thing that crossed my mind was trying to figure out "who is the best at making albums?" I then conducted a similar analysis - tallying first how many albums a given artist had that reached number one, and then how many different albums reached any level on the charts. 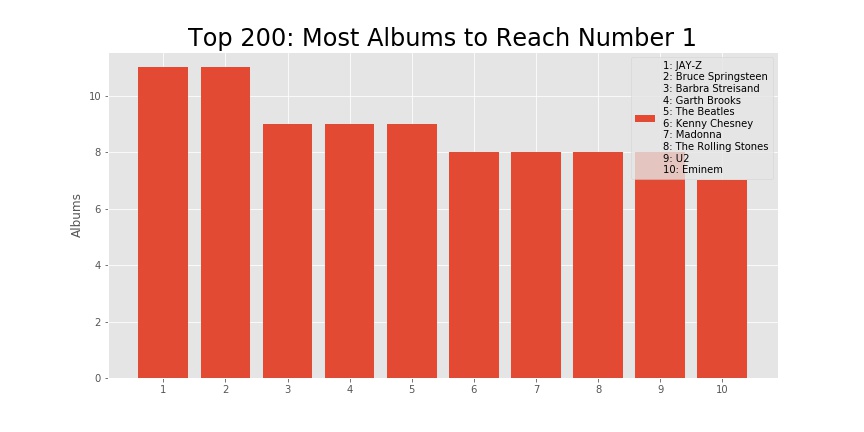 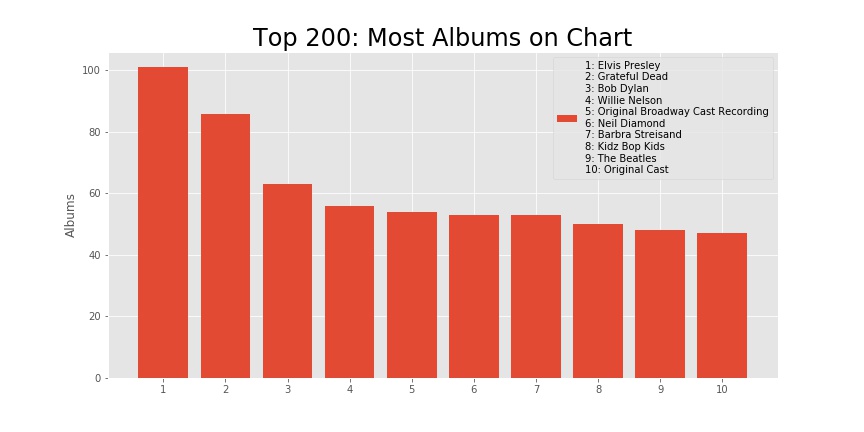 There are a few important things to take note of here:

First, I think it is worthwhile to define what exactly qualifies as a catalog album. Per Billboard's website:

"Top Catalog Albums ranks the most popular albums across all genres that are at least 18-months old and have fallen below no. 100 on the Billboard 200"

Clearly there is some inter-relatedness between entrants on the Top Catalog Albums and Top 200 charts, but I will address that in detail later. I'll show the top albums on the Catalog chart like I did with the Top 200. 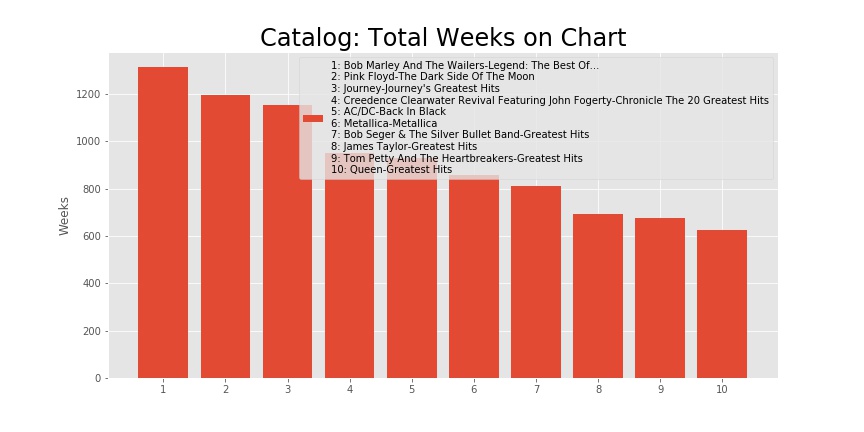 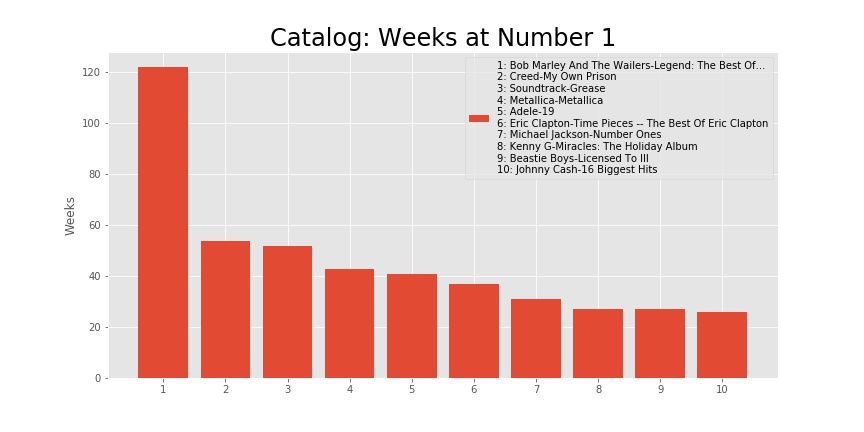 Bob Marley sure is making his presence felt! His Legend: The Best Of album is the best performing album in the (relatively short) history of the Catalog Albums chart, no matter how you slice it.

Examining the Inter-Connectedness of the Two Charts