Video game is becoming a major force in the entertainment business. According to a 2016 data estimation by PwC, video game sales is projected to grow 5% per year through 2020 reaching an all-time high of $90.1 Billion, especially for PC games. PC gaming is expected to grow at an annual rate of 6.3% higher than any other platforms.

The growth is in part due to the increase in digital sales. Gamers are purchasing games through digital distribution platforms that provides immediate access. Steam is the largest PC gaming digital distribution platform in the U.S. with over 6 Million active users. Additionally, Steam provides services in cloud saving, multiplayer gaming, and social networking. Currently, Steam hosts over 60,000 free and paid games. In this blog, I would like to examine some of the characteristics associated with higher number of players among the top selling games.

Game Data from Steam and Steam.info:

A combination of Scrapy and Selenium was used to extract data. Only games that were in the top sellers were included in the current analysis.

Below you will find a basic layout of the Steam game page. Game specifications, such as developer-defined genres, user-defined keywords, and downloadable content were included in these pages. 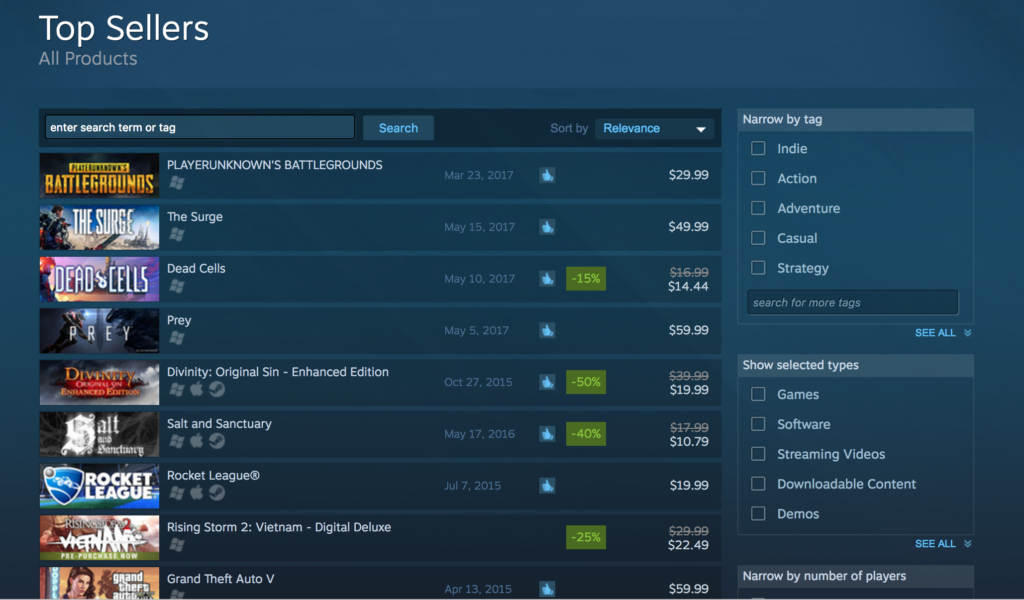 Below you will find a basic layout of the Steam game page. Game specifications, such as developer-defined genres, user-defined keywords, and downloadable content were included in these pages. 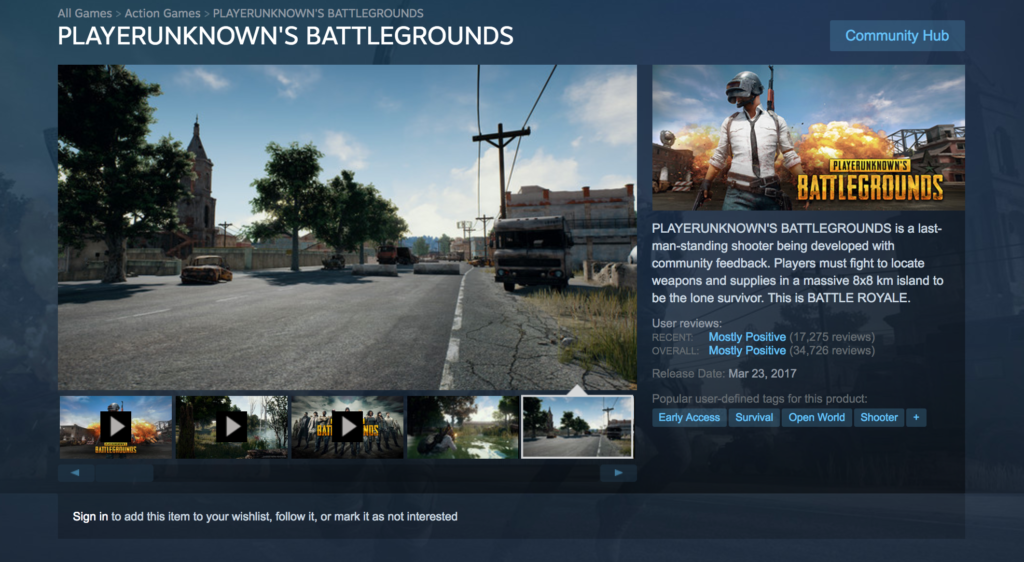 Lastly, data relating to number of users was extracted from steamdb.info, a third-party website providing real time stats and sales information. The all-time peak number of player indicates the highest number of players that have ever played the game. 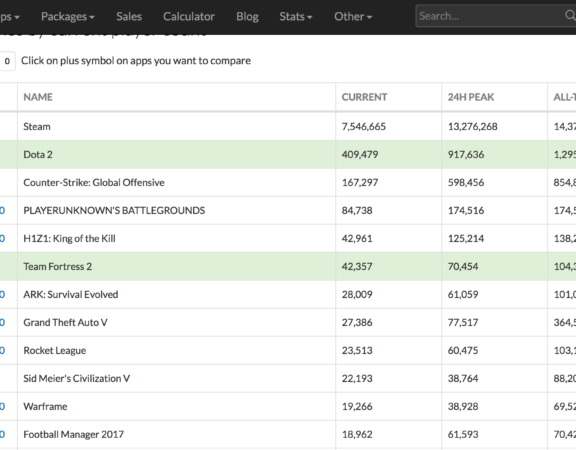 The initial dataset included downloadable content as well as soundtracks, and these records were merged with their original items. Numeric columns included: 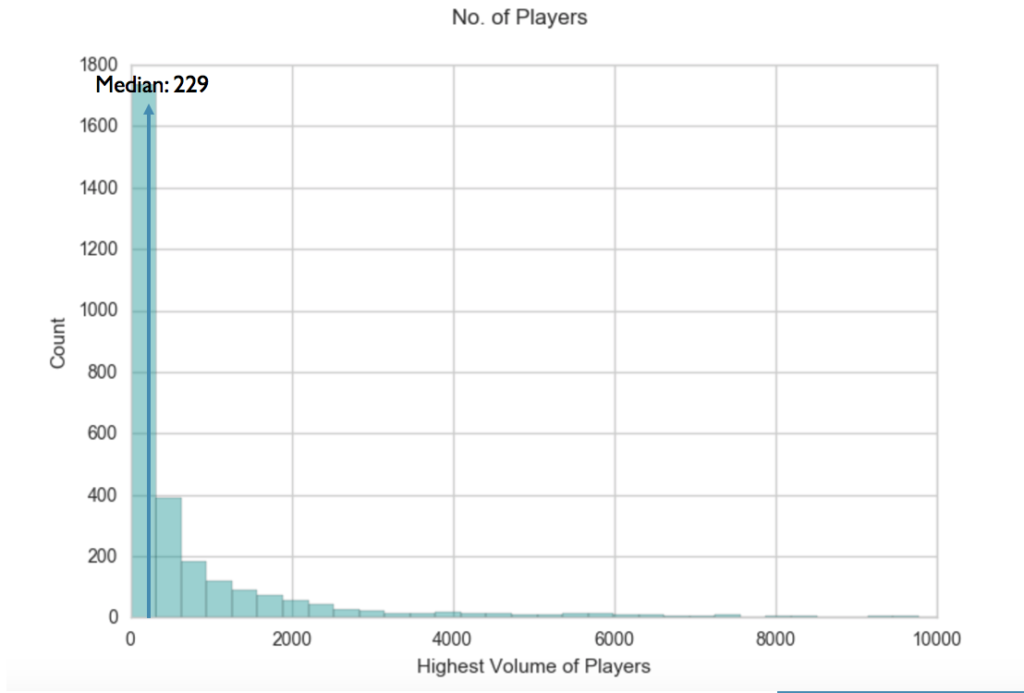 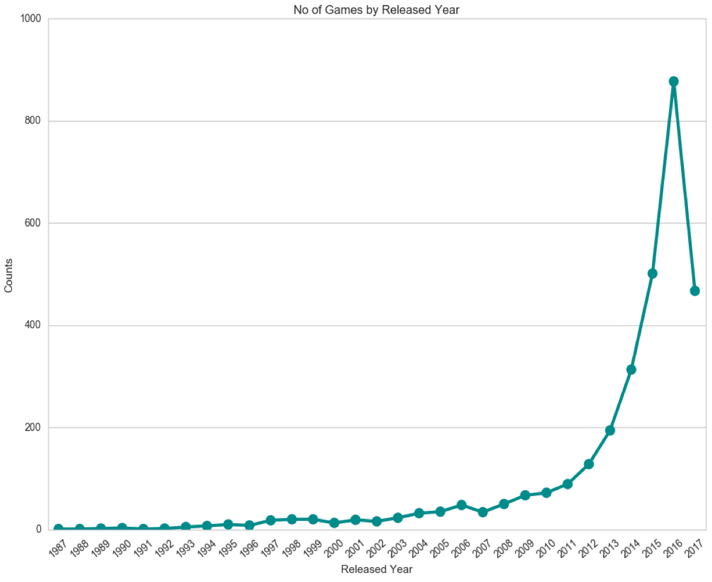 Most of the games were released in 2016 and 2017. The top sellers list is volatile towards current sales. For example, multiple Star Wars entries appeared in the top 20 around May 4th due to a significant price cut. In addition, retro gaming, re-releasing games from older PC or consoles, is trendy and Steam includes games dated back to 1987. The game prices range widely from $0.99 to $399. The median price is $9.99. Released years and pricing are not correlated with number of players. 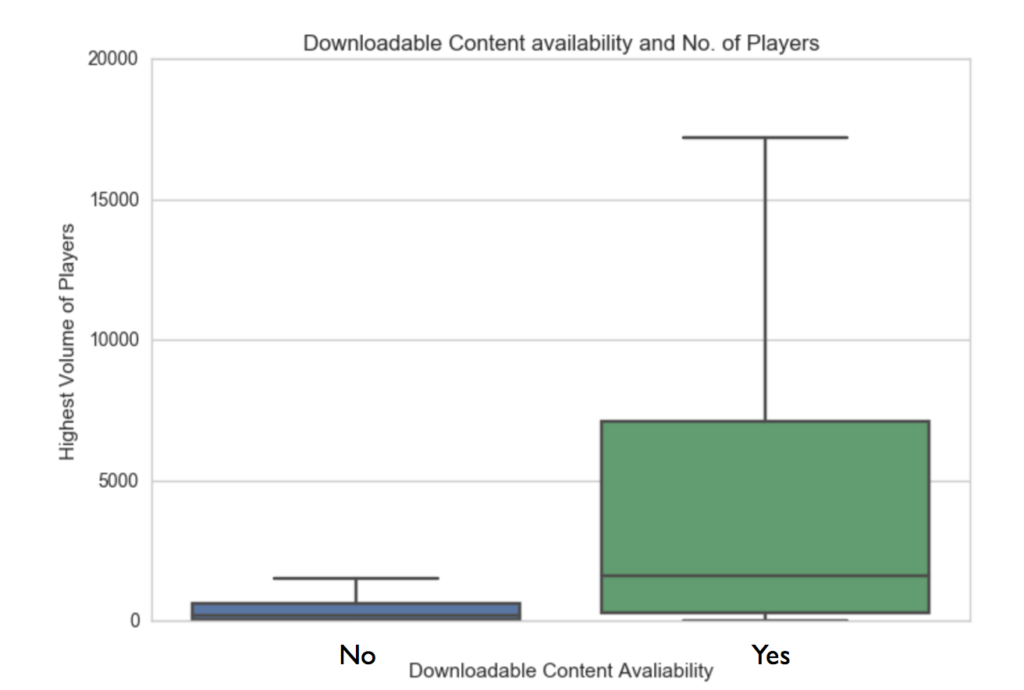 Downloadable content (DLC), similar to expansion packs, provides additional objectives, areas, and stories for a released game. Roughly 18% of the games (456) had at least one downloadable content, and DLC availability is associated with a significant increase in number of players. 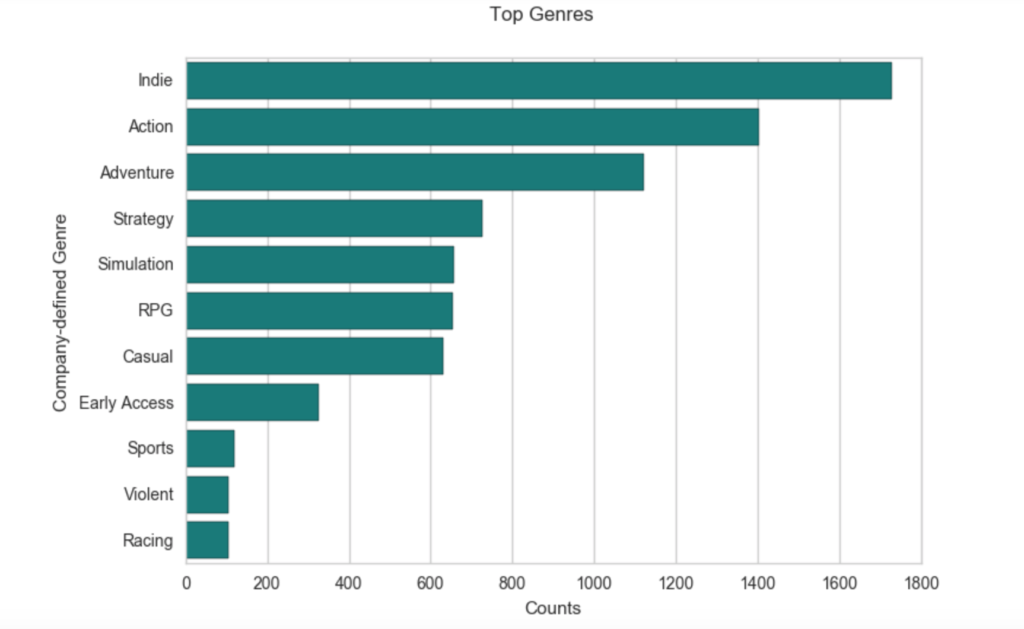 Game genres are determined based on the gameplay interaction, and each game can belong to multiple genres. For example, Shovel Knight: Treasure Trove, a popular retro side-scrolling game, is classified into action, adventure and indie. For top sellers, the top genres are indie, action, adventure, and strategy. Despite a growing interest in indie and casual games, indie and casual genres are associated with decreases in the numbers of players on Steam. More than half of the top sellers were indie games, and this might reflect a variety of quality and popularity.

The combination usage might reflect an immersive experience that are highly desirable by the gamers, and these keywords are associated with a significant increase in the number of players. In addition, open world and sandbox describe games that deviate from the traditional linear structure that grant players more freedom to explore. These games, such as Minecraft, have gained significant traction, and is associated with a higher number of players in the current analysis. 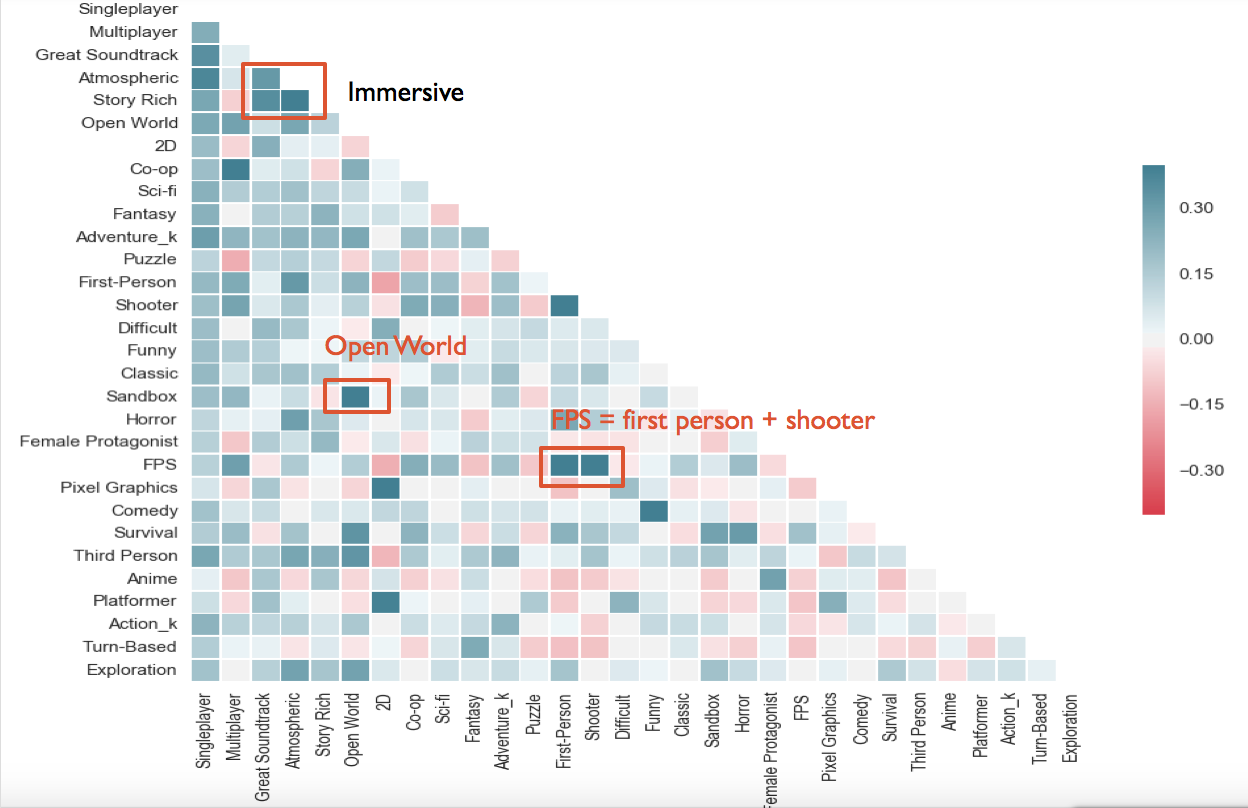 Future analysis is needed to gain additional insight into gamer behaviors and game mechanics. Future studies should focus on understanding the relationship between user-defined keywords and genres as well as gamer characteristics to understand how to engage players.