World Health Expenditure and its Relation to Life Expectancy

The World Health Organization (WHO) was founded in 1948 by the United Nations. The organization works with countries’ governments and other associations to ameliorate the quality of health for everyone. For the WHO and many other organizations, it is useful to know how to gauge the overall quality of health in a country and more so to know what factors are of the greatest influence. The WHO webpage has information on the life expectancy, % GDP expenditure, expenditure per capita, and other indices for each country. One often hears on the news that the US has the highest %GDP expenditure on health in the world, but many countries have better health indices. Here, I use the data that I scraped from the WHO webpage (http://www.who.int/countries/en/) to show that %GDP expenditure is not the best predictor for better health indices, but that the expenditure per capita has a stronger relationship with life expectancy. A resulting linear model can function as a guide to how much life expectancy can be affected given certain changes in expenditure per capita. 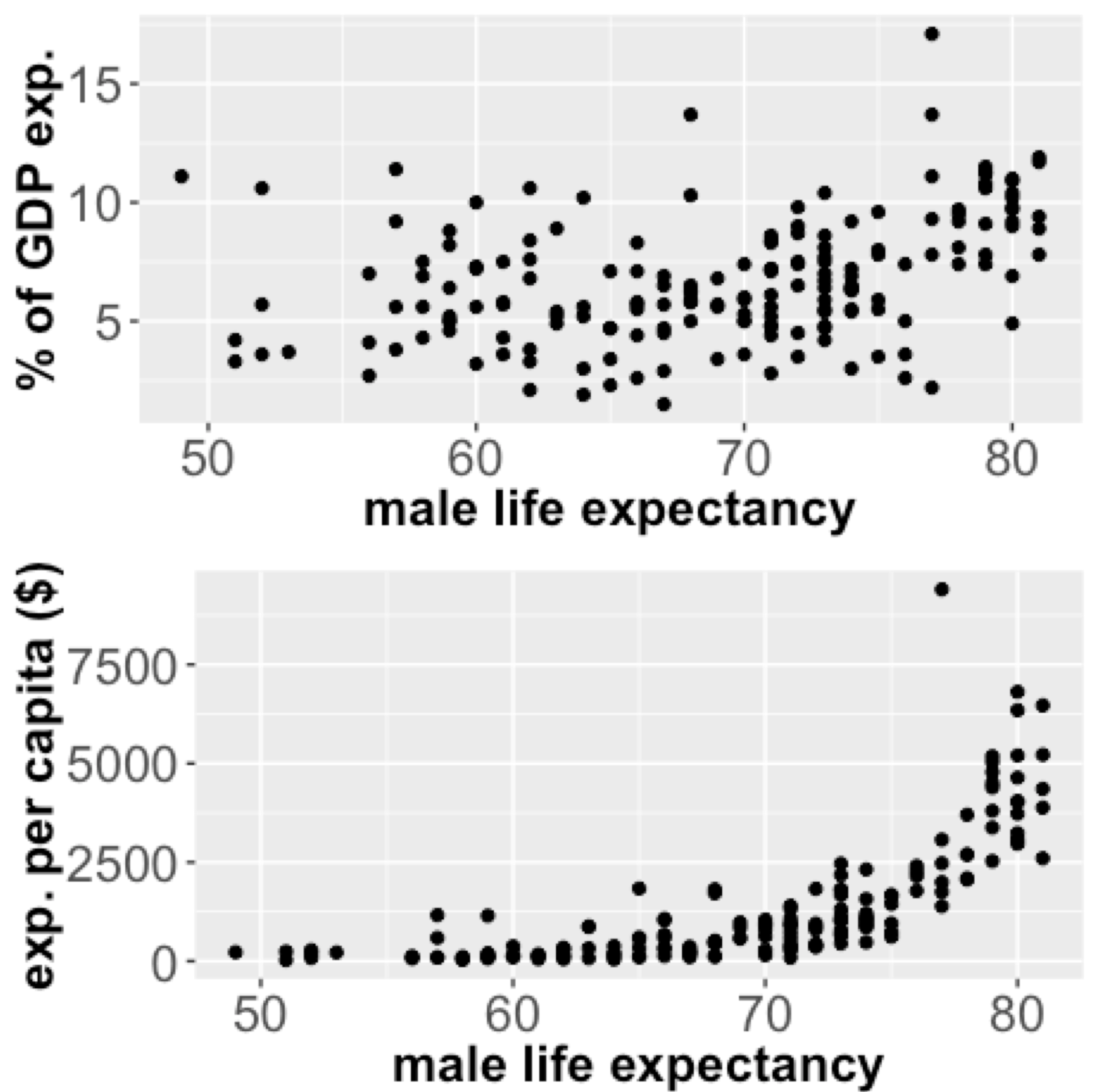 The only possible drawback for this model is found in the normal Q-Q plot. While the plot shows that for most of the quantiles the relationship is linear, at the lower quantiles the points deviate slightly from linearity, indicating that the distribution here may be skewed and not normal in form. 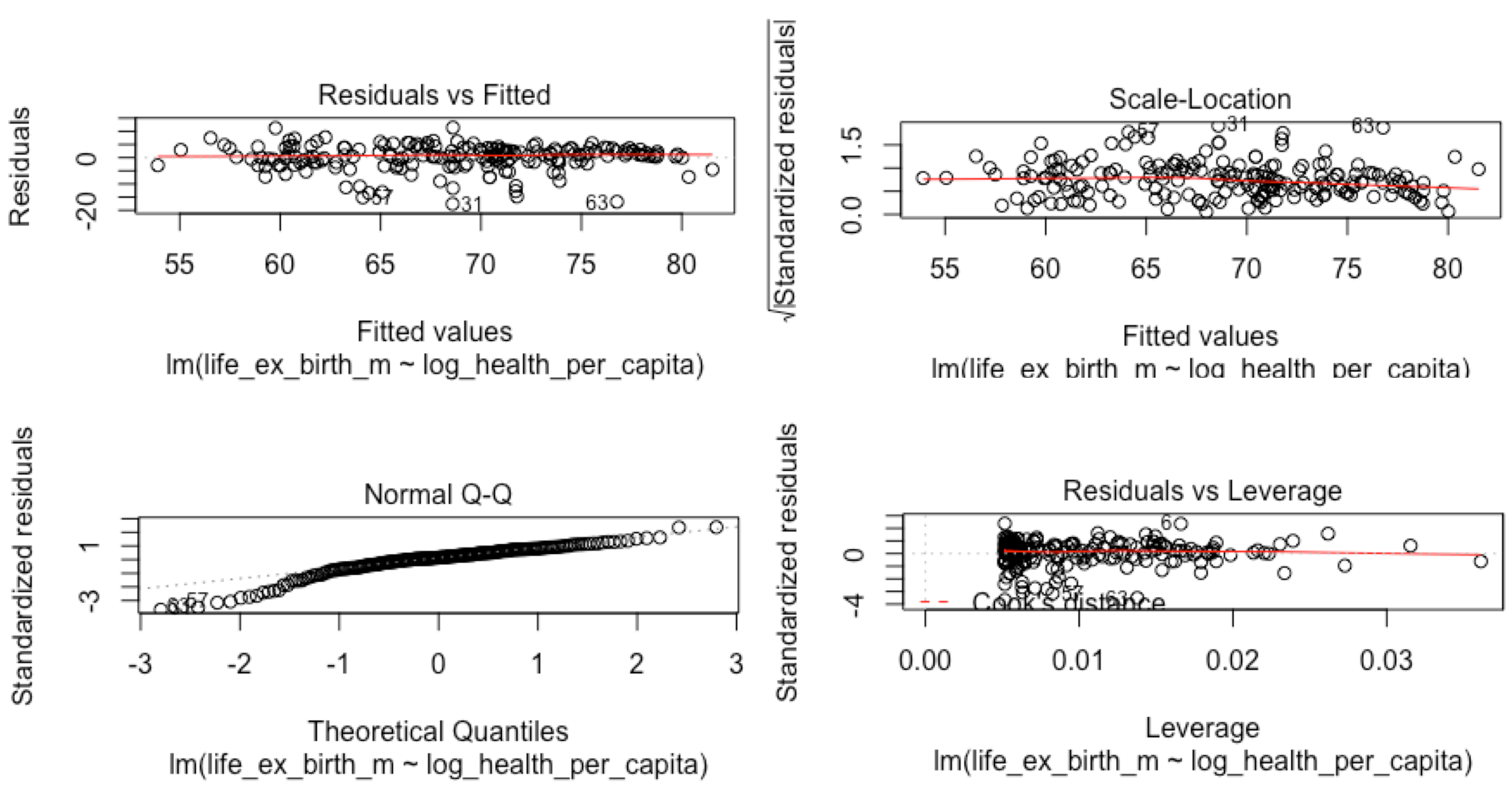