What are some of the biggest firms in United States of America that come to your mind?

Apple? Google? Amazon? and likes right? But have we thought how big these firms really are?

For instance, let's take Apple. According to Investopedia Apple's market capital in 2017, was greater than some of the countries GDPs. (ref) 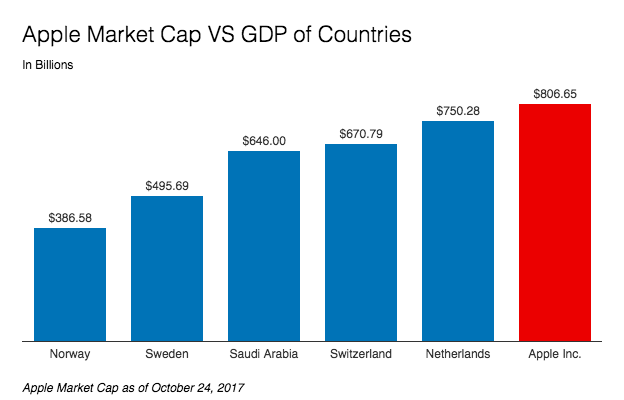 This actually made me curious to find out who are the investors in Apple and other big companies. And I found out that the distribution of stock ownership showed that most of the share (almost more than avg 70%) was owned by institutional owners.

Institutional owners are  mutual or pension funds, insurance companies, investment firms, private foundations or endowments that own a companies available stocks. Since their ownership is so high, following questions came to my mind -

To analyze this, I decided to study S&P 500 companies in detail. To collect the needed data points, I used web crawling technologies such as  Scrapy and Selenium in Python to scrape some of the financial websites. Overview of the execution of my project is illustrated in the diagram below. After collection of the data, I used Pandas for data cleaning and Plotly/Seaborn packages to investigate details. My github repo for the project can be found here. The dashboard in plot.ly can be found here. 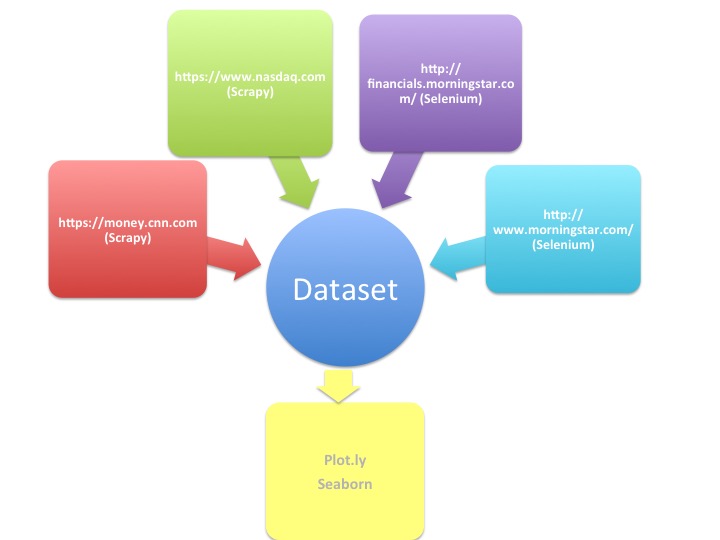 First graph that I plotted is top 10 Institutional Owners in the individual S&P 500 companies. The dropdown can be used to select the desired company's ticker to see that company's ownership in billion dollars. 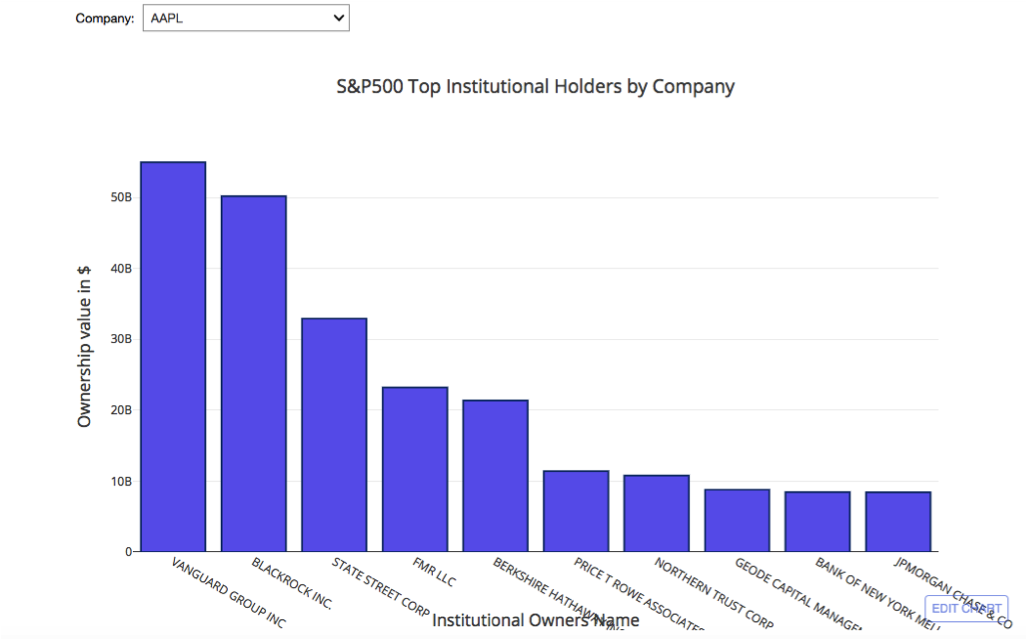 Using this graph, when we analyze multiple companies, we can clearly see that the same institutions hold highest ownership in almost all of the companies. Their share size is so high, that I wondered their impact on S&P 500 itself. So I plotted my second graph of top 10 Institutional Owners in S&P 500. 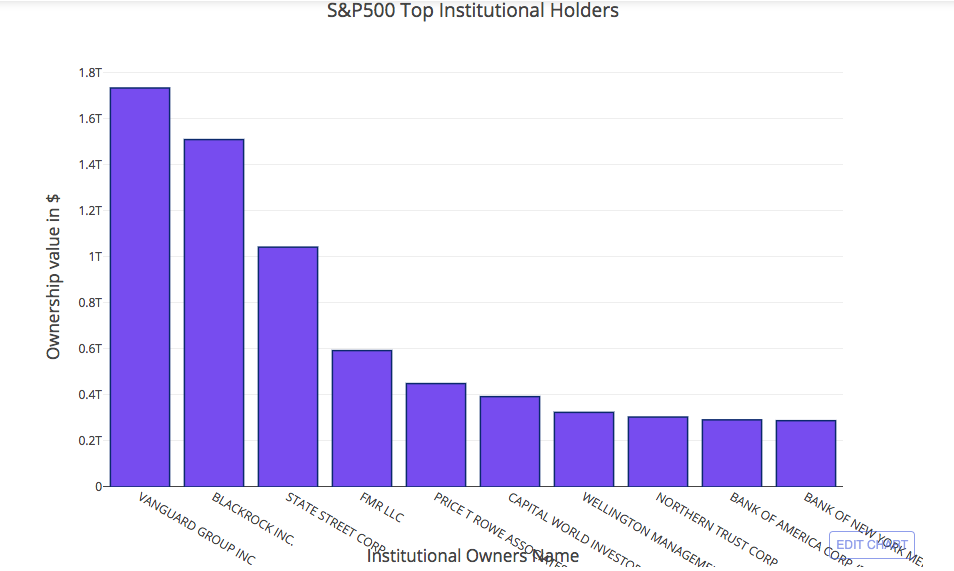 Above graph clearly shows, how some handful institutions almost own most of the S&P500 companies. Their investment share just in S&P 500 is so high, that it I wanted to see what is their total asset under management (their total worth). 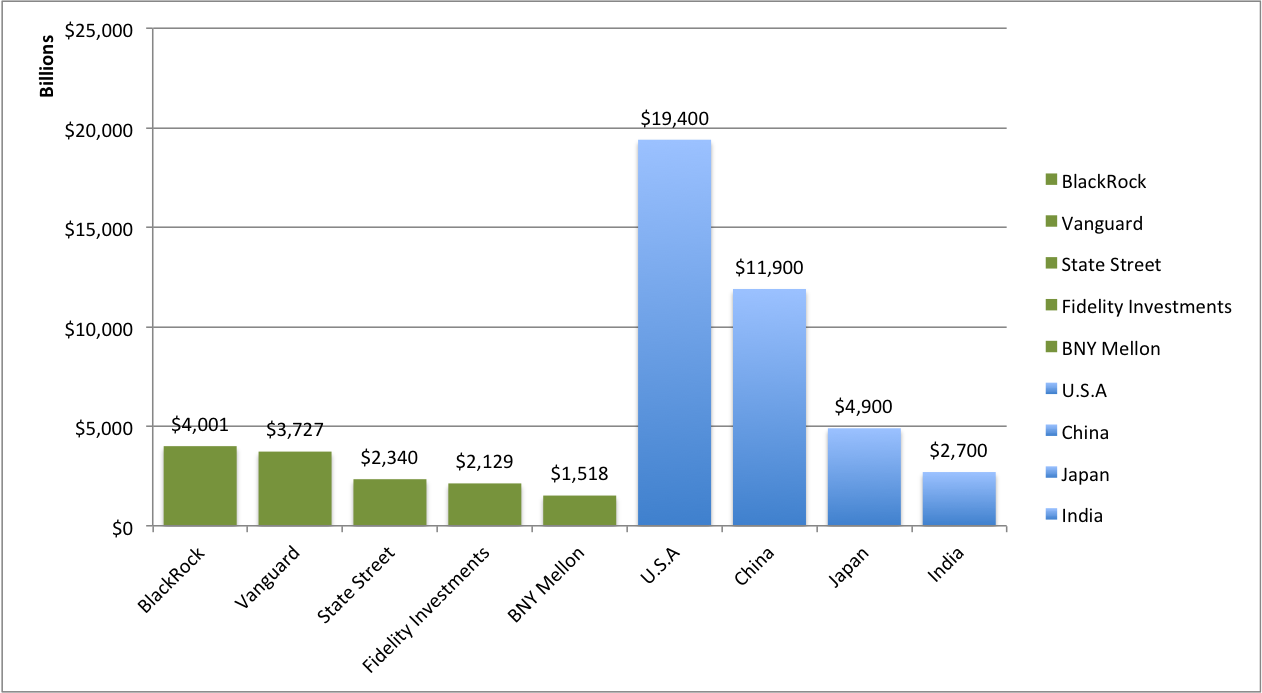 In the graph above, I tried to compare AUM of these investment firms and some of the top world GDPs. If we just put together the AUMs of top 5 investment companies, it surpasses  USA's GDP of 19 trillion dollars. The graph illustrates how top 2 firms are bigger, than some countries like India which has sixth largest GDP in the world. Not being from a finance background this fact kind of amazed me.

I further wanted to see which sectors do these large institutes favor for investments. After plotting below graph, I noticed Finance sector is the most popular sector for institutional ownership followed by Health. 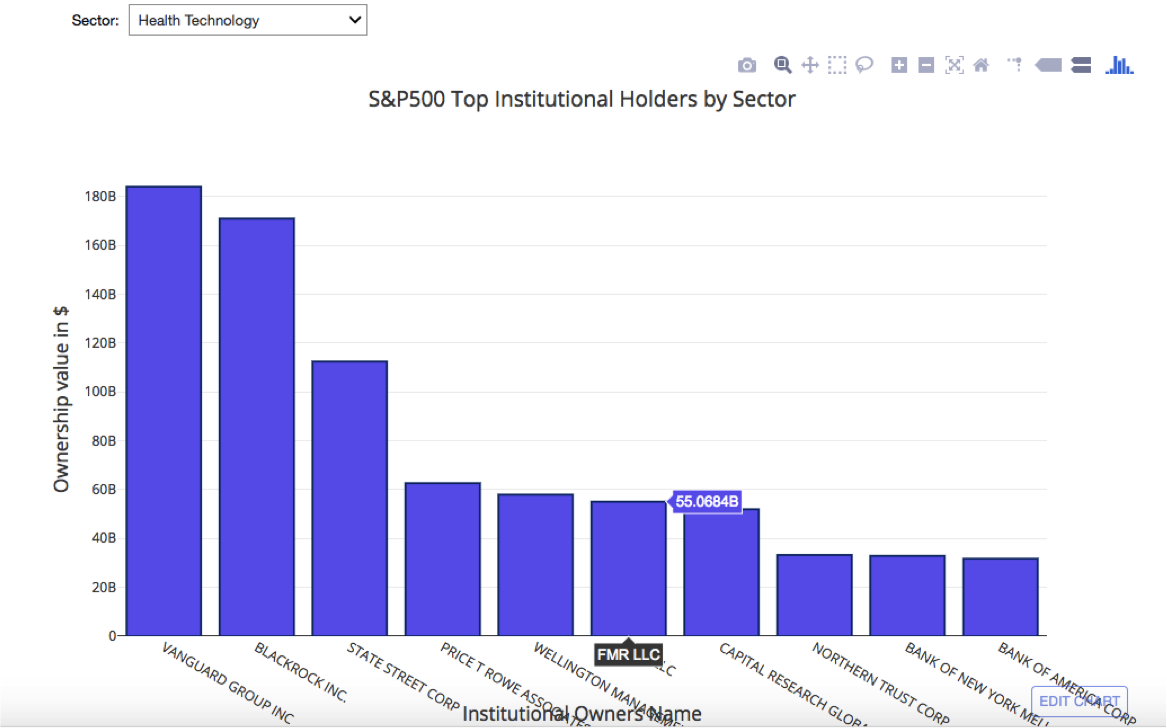 I further wanted to analyze how the some of the institutional holdings affect the stock price; if it is Undervalued or Overvalued with increasing percentage in ownership. 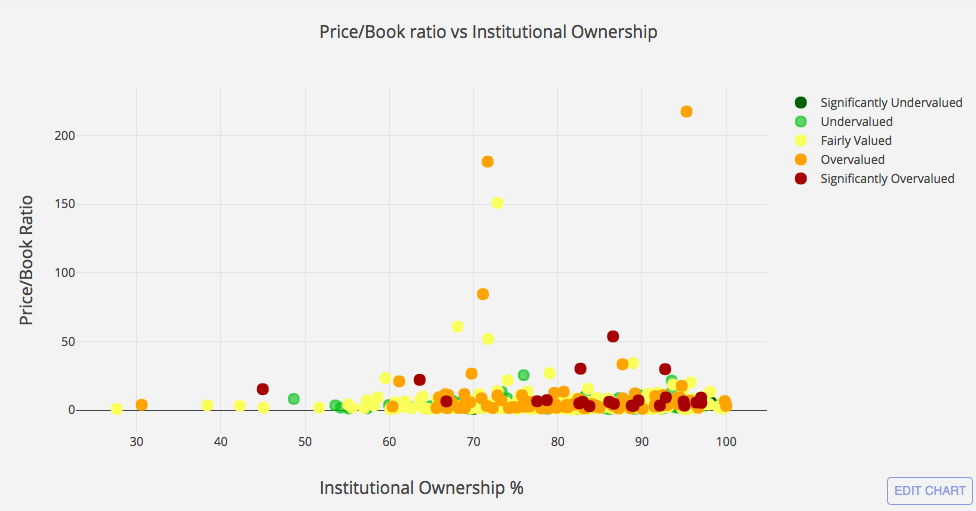 The graph is for Institutional Ownership against Price/Book Ratio. If we notice the colors of the dots in the above graph, the colors seem to be darkening as we move to the right on X-axis, which clearly means that as the percentage of institutional ownership increases the stock prices may be over valued or even significantly overvalued. 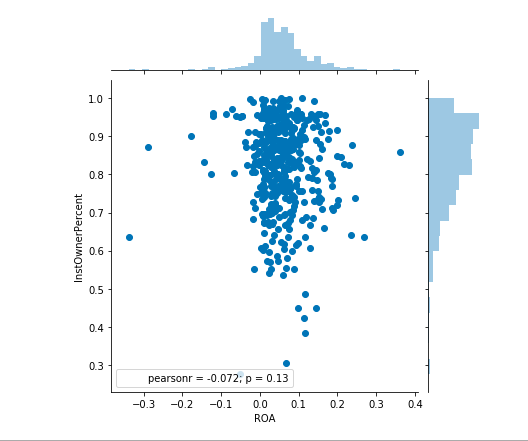 Thus, above analysis shows that institutional ownership though not talked about much is completely separate investigation topic. Some of these companies are so big and own such a large ownership in top companies that a small change in the value can affect the stock price and performance of the company.

My next steps would be to actually do some statistical analysis with above data to see the effect of ownership on performance and stock values.