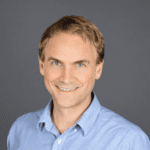 Thomas Laetsch is an experienced instructor and researcher with various teaching excellence awards and faculty recognitions during his years as a doctoral student and later as an assistant professor. His publications appear in top journals, such as the Journal of Functional Analysis and Transactions of the American Mathematical Society amongst others. In 2012, he received his Ph.D. in mathematics from the University of California, San Diego, specializing in probability, differential geometry, and functional analysis. He was a Visiting Assistant Professor at the University of Connecticut, working on central tendency theorems for random walks in degenerate spaces. From January 2016 until joining the New York City Data Science Academy, he was a Moore-Sloan Postdoctoral Research Associate in the Center for Data Science at New York University working in statistical criminology. On his own time, he enjoys music composition, dancing Argentine tango, and feeling over-confident while attempting to speak Spanish.