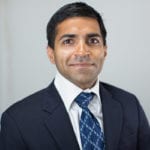 Deepak holds a Masters Degree in Physics from the Indian Institute of Technology Kharagpur, one of the top engineering school in India. He was then awarded the Henry M. MacCracken fellowship at New York University to pursue a PhD in Physics. During his Ph.D. studies, he worked on modeling the magnetic field of the Milky Way using astrophysical data and developed an expertise in R, Python, data analysis, statistical modeling, and optimization. At NYC Data Science Academy he performed data visualization of The YELP Academic Challenge dataset. He also developed a shiny app which explored H1-B visa application process. He scraped the gofundme website to analyze how fast a campaign will achieve its goal/campaign success. He was part of a 4 members team which ranked 34th at the time of submission for “Kaggle Higgs Boson Challenge”.