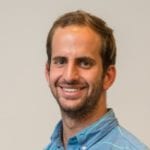 Michael has an MS in Applied Math from the University of Washington, and a BS in both Material Science and Math from Rutgers University. Before joining NYC Data Science Academy, he worked for over 5 years as a research engineer for Saint-Gobain. During his time there, he lead many data-driven projects and became a co-inventor on several patents.