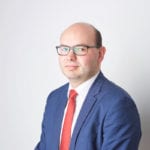 Stefan received his Bachelor’s degree in Logistics from Heilbronn University in Germany, including a one-year stopover in Hong Kong. He then went on to graduate cum laude from Maastricht University’s School of Business and Economics in the Netherlands, receiving his Master’s in Information Management. There he first got in touch with working with huge amounts of data, a thing that immediately sparked interested in him and carried over to his first position as a Business Analyst. Stefan is a savvy programmer with proficiency in SQL, VB, and PHP, to only name a few, and also a certified QlikView developer. Originally from Germany and living in Switzerland, Stefan moved to New York City to complete the NYC Data Science Academy Data Science Bootcamp. When not working with data he can be found binge-watching the next season of his favorite show, being on the hunt for good photos, reading a book or gaming.