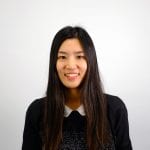 As a biologist, Wendy believes in evidence-base analysis, and is passionate about data. Wendy graduated from the University of Pennsylvania in 2013 with a Masters in Biotechnology. While pursuing a career as a biologist Wendy quickly realized that data powers all science and research.She found her true passion in data science and since then spent three years in data mining. Wendy’s specialties include statistical data analysis such as hypothesis testing and regression, data visualization, creating interactive user interfaces, and supervised and unsupervised machine-learning. Wendy is currently a data scientist fellow at NYC data science academy, where she is further advancing her knowledge in data science and becoming an expert in the field. Wendy is a team player, fast-learner, and self motivated.