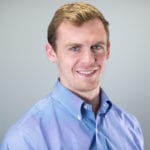 As a history of Science and Medicine Major at Yale University, Will Bartlett studied the role of data in medicine throughout history and has always been interested generally in what informs the protocol for medical decision-making. During his first year of medical school at the Icahn School of Medicine at Mount Sinai, he realized he was far more inspired by the potential of technology to reveal new data-driven insights into disease prevention, best clinical practice, and healthcare value than he was by a traditional career in clinical medicine. Will is excited to strengthen his proficiency in the tools poised to restructure medical practice, as well as to further understand the application of intelligence technology to fields unrelated to medicine. A gaming geek by nature, Will looks forward to finally taking his problem-solving from the chess board to the real world.