A brief background of the Streaming Giant:

Data shows undeniably that streaming services has taken over the world as a preferred medium for consumers to access anything from, music, sports and entertainment. Netflix has been around since 1997 and even though its formation was inspired by a fine paid for the late return of a DVD, it's business model has evolved through time to make it one of the most popular streaming services available today.

It wasn't however until 2007 that Netflix began delivering content via streaming content to TVs, computers and laptops. Since then, the company experienced exponential growth.

Today Netfix is a listed company with more that 200 million subscribers, 15,000 titles across all their international libraries, available in 190 countries. 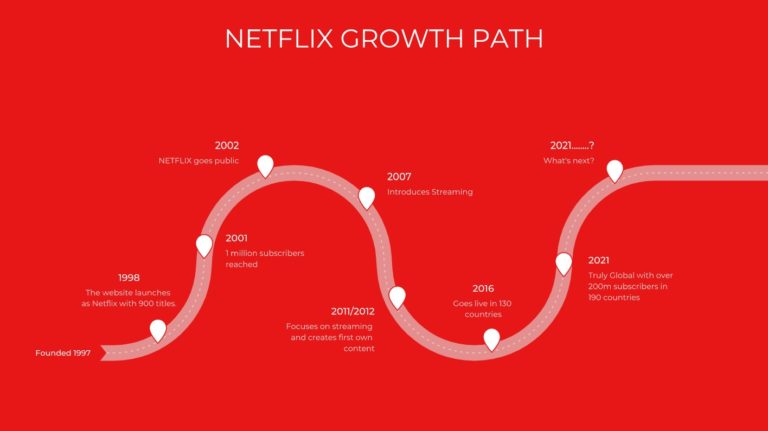 The aim of this project is to analyse the content released by Netflix and gain some insights into the way forward for the company. Traditionally the streaming service has focused mainly in movie content, but from a bird's eye overview of the data, TV shows and series content has grown rapidly.

Questions aimed to be answered:

Analysis of the data to assist to answer the above questions:

Comment: The content released on NETFLIX is still dominated by movies in line with the company's long history. 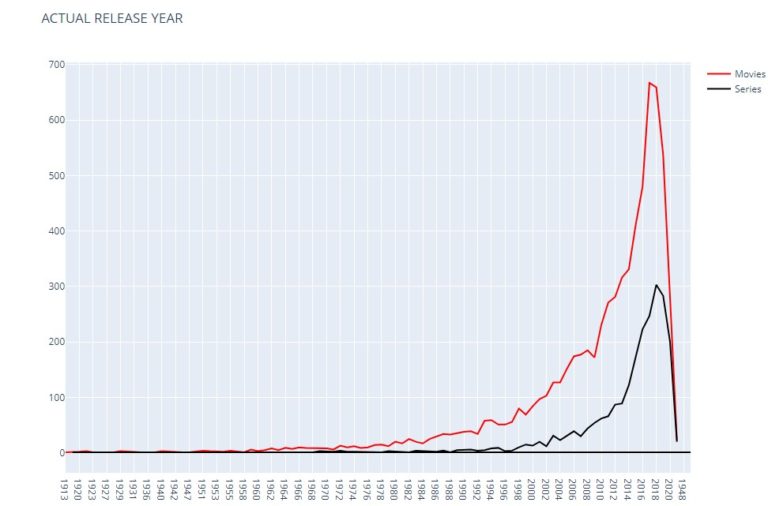 Comment: As can be seen from the two graphs above Movies have led Series in global releases with a marked slowdown as a result of the COVID-19 pandemic.  NETFLIX has large followed this trend in releasing content but it can also be seen that the release of Series has grown in recent years. 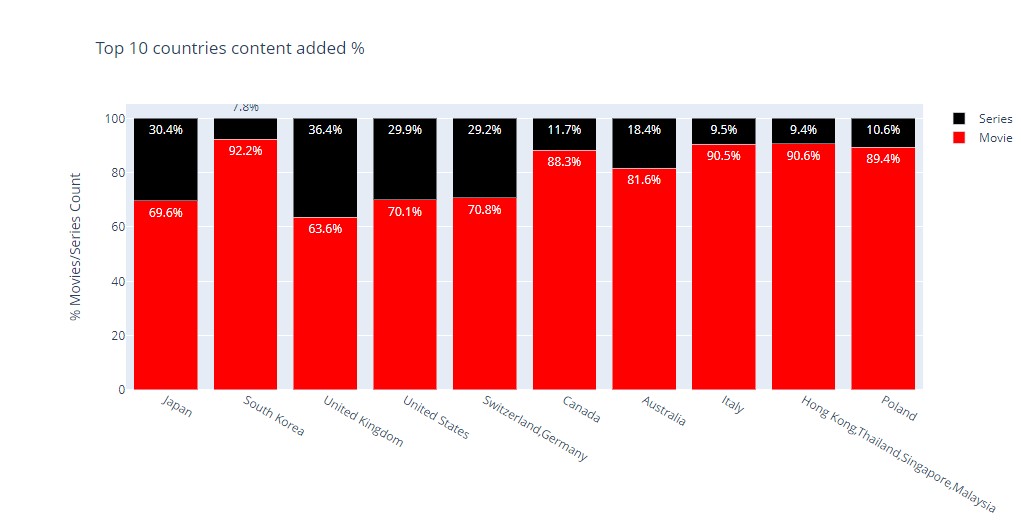 Comments: The two graphs is intented to display the countries NETFLIX focused on in terms of new content release.  It can be seen that there is a focus on Asian Countries as a growing market.  The second graph displays the split in new content added by movies and series, with movies still leading new content release.

View all posts by Johann >