Data shows that MLB, the major league of baseball, is one of the largest sports leagues in the United States. According to the estimation of Sportico, the average value of the thirty MLB franchises reached about 2.2 billion in 2021. As the baseball players are one of the most critical assets of the teams, it is therefore important for the teams and interesting for the fans to assess the skills of baseball athletes.

More importantly, the success story of Oakland Athletics’ “Moneyball” season in 2002 has stimulated the entire baseball society to develop a data-driven approach to better evaluate the baseball player’s skill from the statistics.

Despite the extended history of research in baseball statistics, clutch pitching and batting remained mysterious. Roughly speaking, we say a batting situation is a clutch situation if the batter is in a situation when he could change the game in a swing. We are in particular interested in the following question: Is there an indicator, or a combination of indicators that can help us identify good clutch batters?

Looking back to the literature, it seemed that the answer to the question had been controversial. Many statisticians, believed that the clutch batting ability is inexistent or negligible. For example, Cramer stated that there is virtually no evidence of clutch hitting ([Cramer 1977]); while Silver believed that clutch hitting exists, but the difference should be insignificant [Silver 2006]. On the other hand, many baseball players do believe that there is a conceivable difference between good and bad clutch hitters when the game is in the line (see ).

Our goal of the project is to look into the data and try to give our answers to the following questions:

The first step of the project is to collect the baseball data. Although baseball statistics nowadays have become more comprehensive than in the past. Since the planned scope of the project is the players throughout the MLB history, we will scrape the batting data from Retrosheet. Writing a Python script using the BeautifulSoup library, we got a database of 19917 MLB players. After ignoring those who have never played as a batter, we scraped 16009 players and got 84231 batting seasons among these players.

A very handy feature for the data collected from Retrosheet is that they parsed through the entire log of every game, and collected the batting statistics for four clutch situations:

In each situation, we will look at the following three batting statistics of each player, and compare them with the corresponding overall statistics:

Now, as we get the data, it is time for us to find a way to evaluate “clutch batting”. The essence of the question is that we need to figure out metrics that address the following challenges:

Our first approach is to introduce a p-value for each combination of statistics and situation. To give a concrete example, let us look at the career AVG overall and career AVG in the “runner in scoring position” (or RISP) situation for two Hall-of-Famer players:

Table 1: The total AVG and the AVG in RISP situation for two baseball players

Since Hank Aaron had a slightly higher batting average, we need to take that into account when evaluating their clutch batting ability. Taking that into consideration, we can apply the statistics and compute a p-value, which gives a rectified score for his batting average in the RISP situation.

The intuitive meaning of the p-value score for Hank Aaron is as follows: Assumption that the chance of Hank making a hit is .296, and is invariant in every situation (just image that Hank is throwing a coin with a probability of 29.6% every time he is at bat). What is the probability that his batting average in RISP is .326 or less?

Using Fisher’s exact test implemented in Scipy, we can get the p-value score, which is a score between 0 (when the batting average in RISP is extremely low) and 1 (when the batting average in RISP is extremely high). Suppose that we are in a world where there is no clutch batting ability at all, then the p-value score will be uniformly distributed between 0 and 1 in theory. So, we can gain some insight on whether clutch batting ability exists by checking whether this is the case.

To visualize the distribution of the p-value score, we can draw a cumulative graph so that the y-axis is the p-value, and the x-axis is the number of players. In the case the hypothesis that clutch batting ability does not exist is true (which means that batting in a clutch situation depends solely on luck), the cumulative graph will be a straight line.

Looking at the cumulative graphs, this p-value scores approach did not go well: they are biased either toward 0 or 1. This means that in all the clutch situations, the batting averages are biased: sometimes to the higher end, and sometimes to the lower end. We are not able to specify reasons for these phenomena, but some possible explanations may be that in late and close situations, batters will face the elite setup-men or closers, and making hits will be harder; and weaker pitchers have a higher chance of facing RISP situations than stronger ones, so batters have an easier time facing these in average.

It is evident that after the adjustment, the distribution of the p-values is much closer to the uniform distribution. And the Kolmogorov-Smirov p-values even suggest that in some of the clutch situations, the clutch batting average is even statistically indistinguishable from battering completely by luck!

So far, for each statistic (AVG, OPS, and SLG) and each clutch situation, we can compute the p-value score for each batter, giving us 12 scores. A natural question is: are those scores consistent? It turned out to be trickier than we thought. Let’s look at the example between the AVG of Ivan Rodriguez and Hank Aaron again in Table 3:

Table 3: The AVG and p-value scores of two Hall-of-Famer players in various situations

According to our metric, it seems that although Hank Aaron has a much higher p-value score in the RISP situation, it is not consistent in other clutch situations. It suggests we compute the correlation among all the p-score values from all the situations and batting statistics. 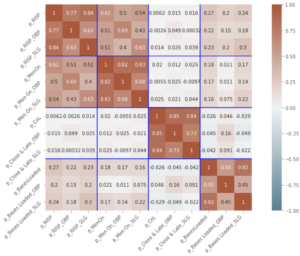 Table 4: The correlation matrix of p-value scores over various situations and statistics

We observed some facts from the correlation matrix in Table 4. On one hand, it is less surprising that there is a high correlation on the p-value scores on different statistics (AVG, OBP, and SLG) over the same situation, as shown in the diagonal blocks separated by the blue lines; on the other hand, it is surprising that the correlation is in general low (within plus-minus 0.3) over different clutch situations, even though those clutch situations more or less overlap.

The low correlation of p-value scores over different clutch situations seemed to suggest that the batting statistics, AVG, OLB, SLG, might reflect more luck than the true “clutch batting ability”.

Some of them can be directly picked up from Retrosheets, and the others can be derived from basic statistics. We can then add the plethora of these statistics with the p-values and get a large correlation matrix, as shown in Table 5: 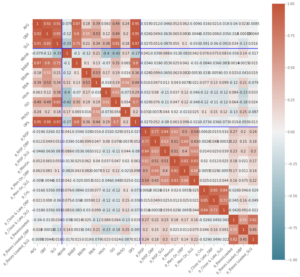 Table 5: The correlation matrix of p-value scores over various situations and statistics, together with other batting statistics

From Table 5, we can see that most of the batting statistics have a low correlation with the p-value scores (within plus-minus 0.3) and low statistical significance. Assuming that one is willing to aggressively take low correlation (around plus-minus 0.2) as causality and believe that the clutch batting ability lies in the p-value scores, one can make the following hypotheses:

The hypotheses are consistent with Silver’s assertions on sluggers and home plate discipline in [Silver 2006]. 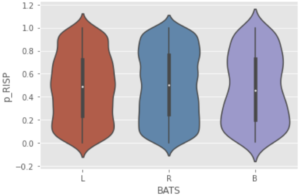 Figure 6: The frequency distribution of the p-value scores over left-handed, right-handed, and switch hitters

Domestic versus international players: Figure 7 gives a comparison among the distribution of p-value scores over players from the United States and players from other countries. It seems that there is no significant difference between the clutch batting ability. 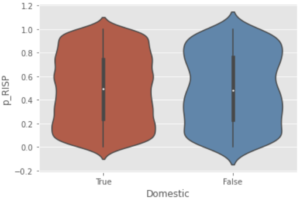 Figure 7: The frequency distribution of the p-value scores over domestic and international players 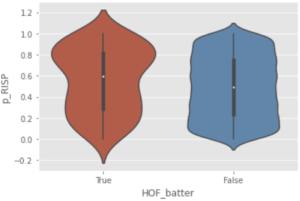 Figure 8: The frequency distribution of the p-value scores over Hall-of-Fame batters and other players

Using the traditional batting statistics of MLB baseball players over various clutch situations, we developed a scoring metric, the p-value scores, to evaluate the outcomes of a baseball player in clutch situations, adjusted by their batting ability. We analyzed these metrics and found that the clutch batting ability might have at most a slight relation with the actual outcomes. Finally, we analyzed the relation of the p-value scores with other batting statistics and the relation of the p-value scores with players with different backgrounds.

Listed below are some aspects that I am as well interested, but did not have time to address: