The data used in this app was collected by Sega for the development of their franchise Football manager. FM is a simulation game letting you play in the role of the manager/director of a club. The quality and size of their database are such that many professional clubs have been using it in their recruitment process. In 2006, a famous Premier League club, Everton, signed a contract with Sega to have access to detailed information in their database. In France, OGC Nice, as many other clubs, is using it as a first filtering tool.

The data for each player is separated in a few categories such that: technical, mental, and physical and some hidden variables relative to the personality of the player and it's preferred position on the field. Each one of them including up to 14 different attributes. They were collected from the 2017 version on the game, meaning they were last updated at the beginning of 2017. This first data set was joined with a second data set including a list of players and their market valuation during the 2019 summer transfer period.

Are we able to predict the value of players given their FM characteristics? If so, what will make a player valuable? These questions are very complex and depend on many variables.

Data Analysis on the Attributes

A quick analysis of the influence of the different attributes leads to a conclusion: offensive mental and tactical attributes seem to be very important in the value of a player. The result of a linear regression confirms it and shows a significant linear dependence with the players' age.

The following image shows how technical attribute is affecting the future value of a player. 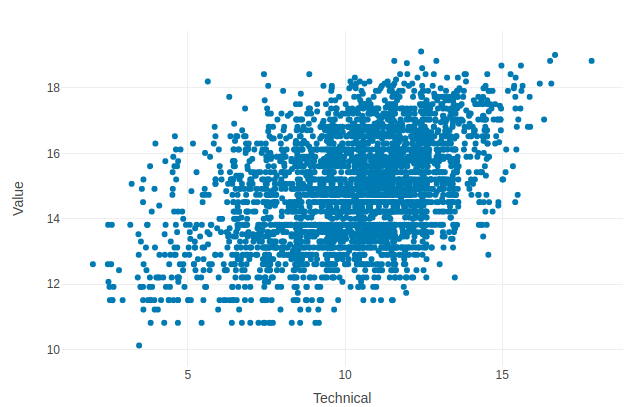 The next step is analyzing players' value is by answering the following question: Is there any clusters in players' characteristics distribution? If so, what is the distribution of the value for each group? In other words, can we observe clusters describing offensive and defensive players? 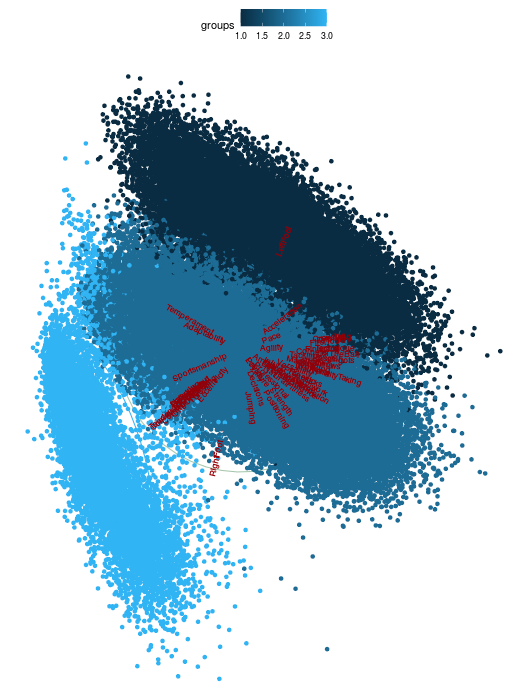 The result of a k-means with 3 clusters followed by a PCA shows clearly the presence of 3 clusters.

To conclude, this tool was built to help in taking a recruitment decision. First, by giving hints on important attributes in the future value of a player. Then by providing a search tool to compare different players. And finally by giving a better understanding of a player, by assigning him to a cluster. The remaining work (still in progress) is improving the prediction model by selecting important features. Then estimate the value distribution for each cluster and providing a tool to predict the group of a new player.