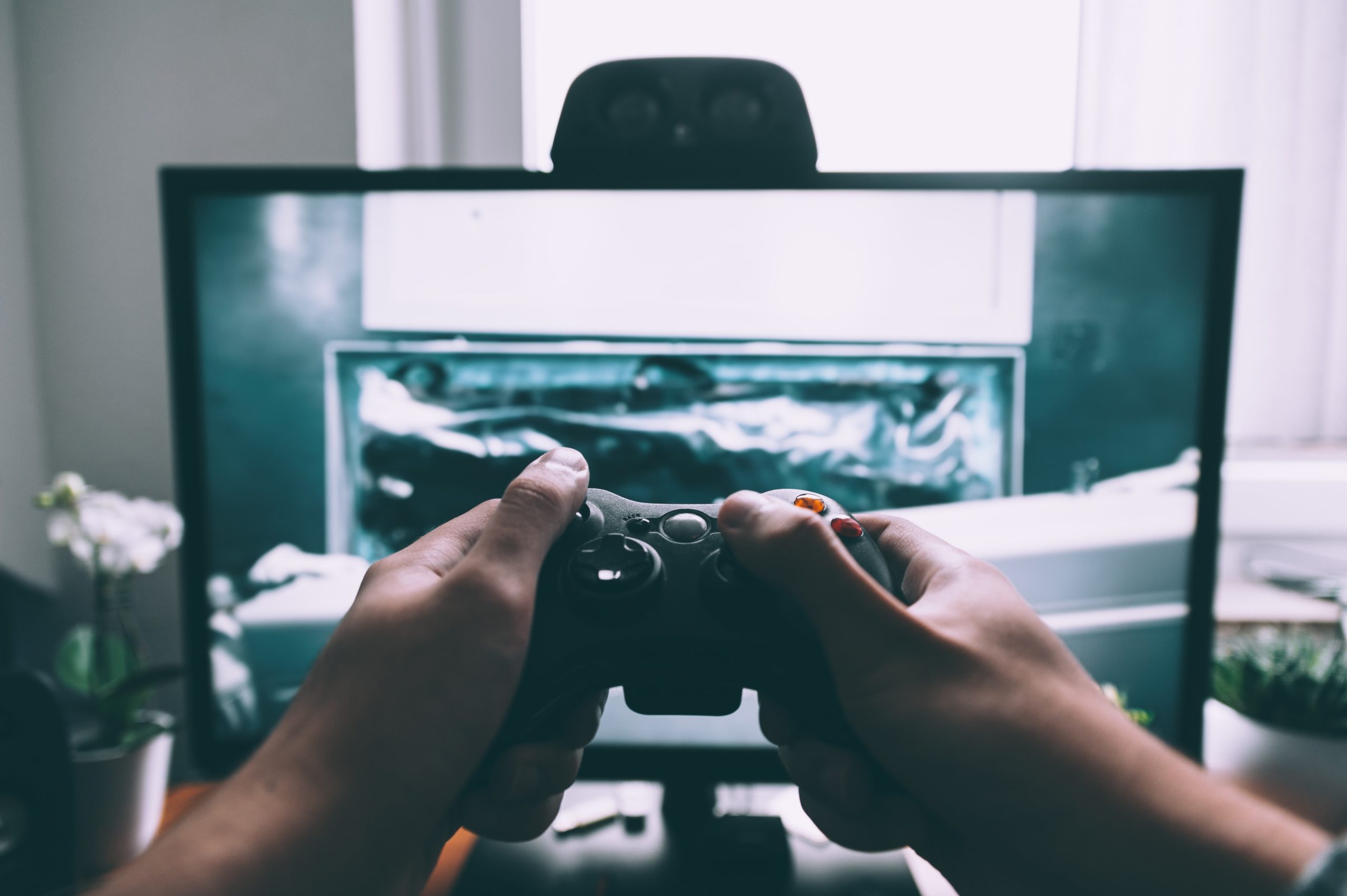 As an avid video gamer, I  was generally curious how some video games performed across the globe. At a quick glance on a piece of data on Video Game Ranking Site, I noticed Japan ranked Red Dead Redemption 2, an action role-playing game sitting on a record-breaking $725 million dollars opening weekend, was ranked 23rd. Only 1% of the 14 million units were sold in one of the largest video game markets in the world - what are the reasons behind this lackluster sales number?

Web scrape product data on VGChartz, and determine why some genres perform better in other regions.

Which genre performs the best overall? 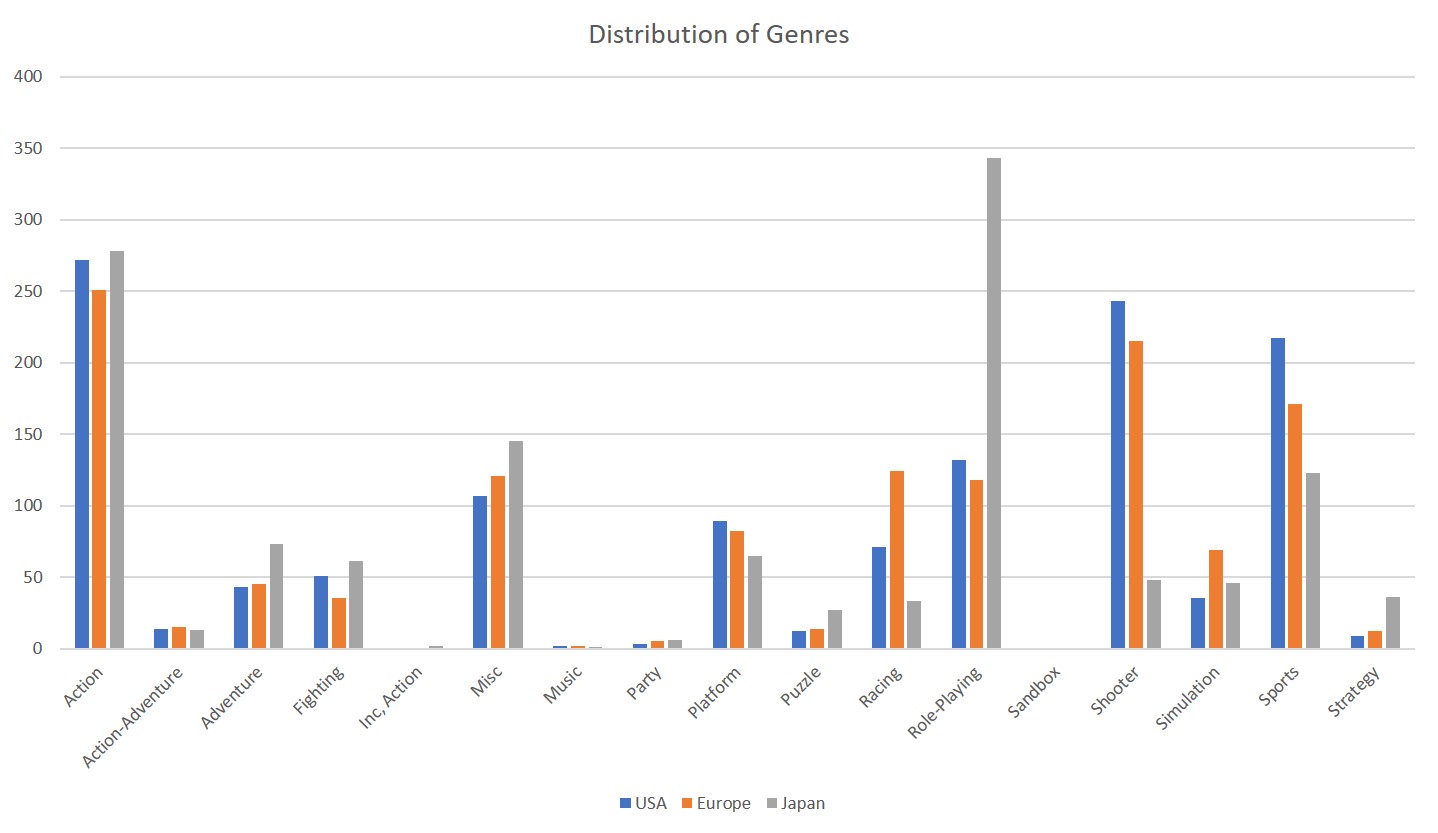 Role-playing genre outperforms the majority which is especially shown in the Japanese market.

Which region targets the widest audience? 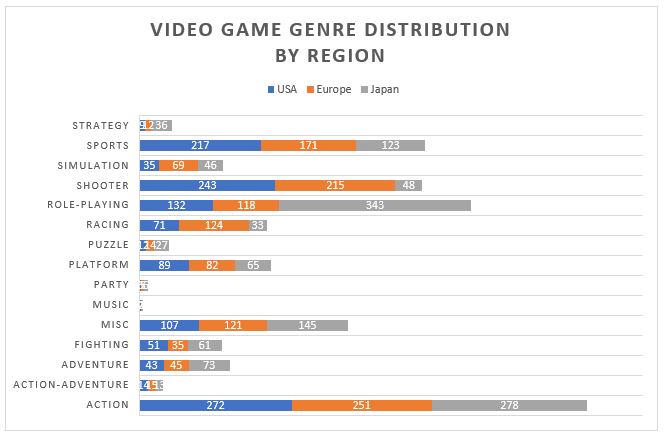 Japan has an audience with a wide interest into video game genres. In contrast to the other regions, 8 out of the 16 genres perform the best in Japan.

Which console performs the best?

I was able to derive further insights based on analysis of the popularity of each genre based by region. 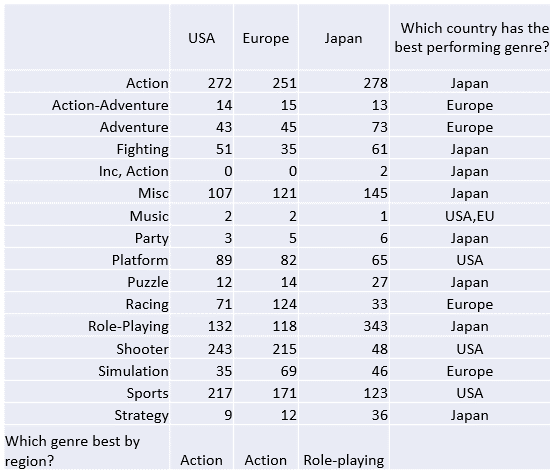 The above matrix represents the number of video game titles that have reached the Top 100 in all regions. Furthermore, two questions can be answered based on this:

Originally I assumed that the popularity of genres would be similar amongst all regions, but invalidated due to:

In the future, I would like to provide better business insights by:

Michael Lim is a Data Analyst with a strong quantitative foundation and several years of industrial engineering. His collection of technical skills includes Python, R, and SQL with an emphasis on data analysis and visualization techniques and found...
View all posts by Mike Lim >