*NOTE: Support of the Stattleship API, which powers NFL Compare!, has suddenly ended. Without further news, the app will be in the process of moving to using a different API or data in the near future*

Is Larry Fitzgerald really past his prime? How has Matt Forte performed over the years?  Let's say you're a fan, a fantasy football player, or actual football player or personnel, and you were interested in the statistics of a certain player. The obvious choice would be to go to search the websites of NFL, Yahoo, or ESPN for stats. Pretty straightforward right? Let's say however, you wanted to compare a player across time or two players at once. That's where the NFL Compare! comes into play.

The two main ideas and functionalities of NFL Compare! is to compare and visualize the performance of NFL players. Currently, the data is only limited to offensive positions and seasons starting from 2011 to current. The usage is simple: select the year, and then enter a player's name.: 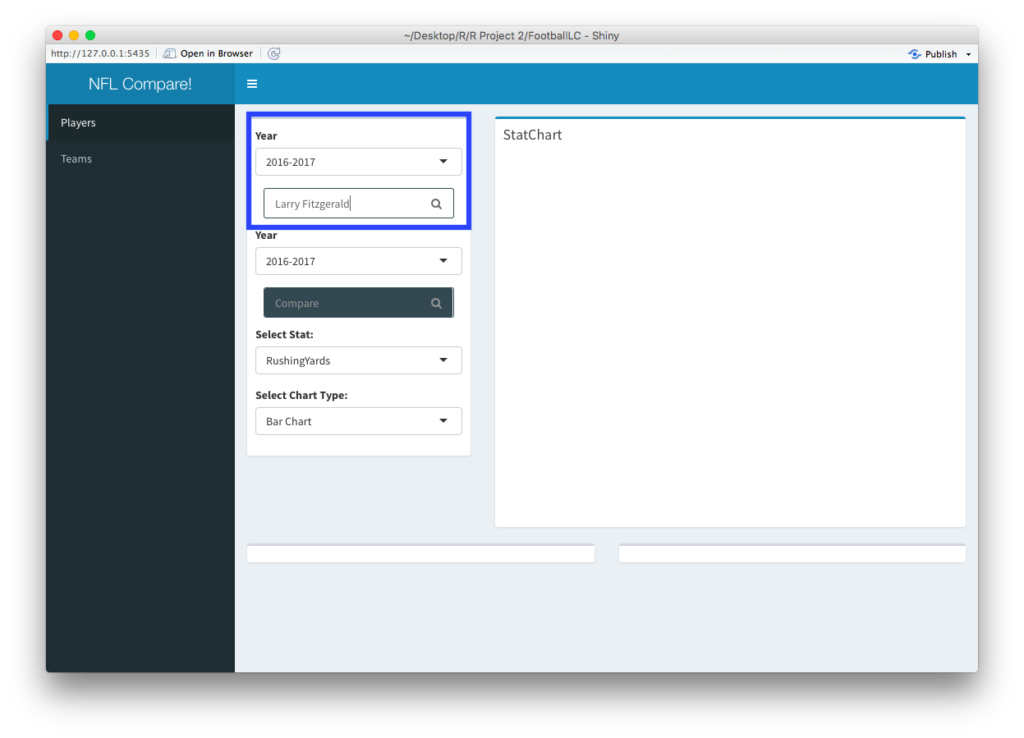 One can also choose which stat to display and which graph to display: 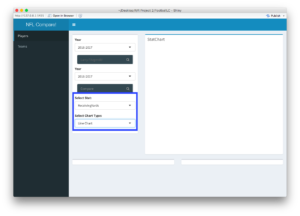 For comparison, the player can enter another player: 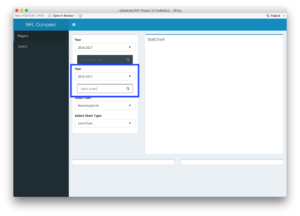 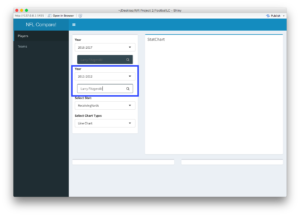 That's it! Be sure to check back for future implementations such as more stats, and more players!

The app can be accessed [here]  *LINK BACK SOON*  Current Version: 1.0

Geezzeer January 8, 2017
What's the source of your comment regarding end of support of the stattleship API?