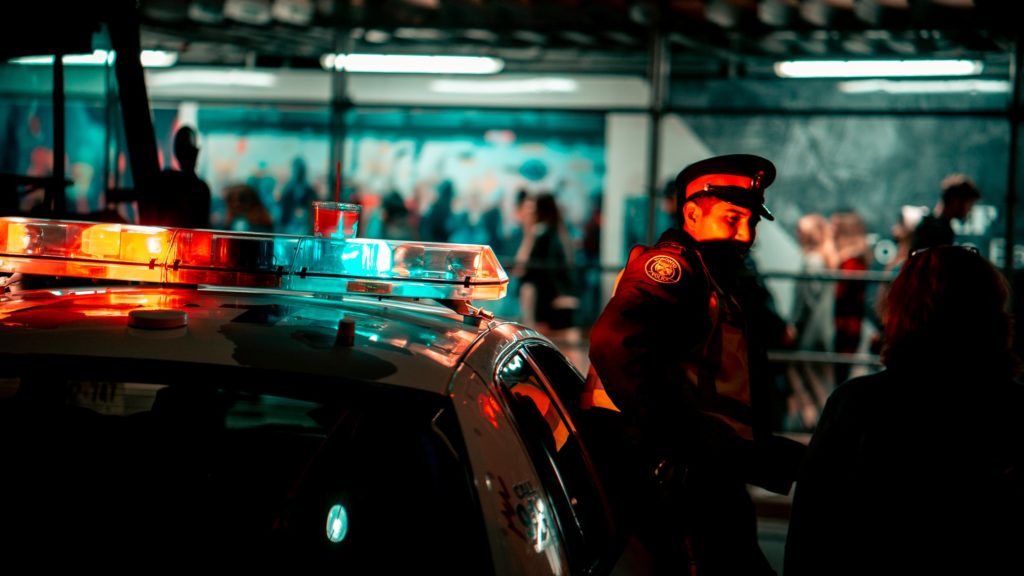 The main goal for this project was to acquaint myself even further with Tableau. In choosing a topic I wanted something that felt very important for today's milieu. On Kaggle, I stumbled upon a data set that focuses on civilians that were killed by the police (whether warranted or not). I may have my own views and opinions but I tried to be as neutral and impartial as possible. After all, I could have an angle but it still has to be driven by the data.

The first thing I did was peruse and look through the data. I noticed that each incident had a corresponding address and location. My initial plan was to just use map data (perhaps as states) but now I saw that I could plot out individual points for greater detail. I had to get the longitude and latitude of each address though and geocoding was available in small batches from various free websites. I needed over 7000 points though so I used Geocoding through this website instead.

After the arduous process of cleaning the data, it was ready. I created a sub-data frame for the killings address to be geocoded. After the results came back, I merged it with the original data frame to add the new columns for longitude and latitude. The result is as follows. 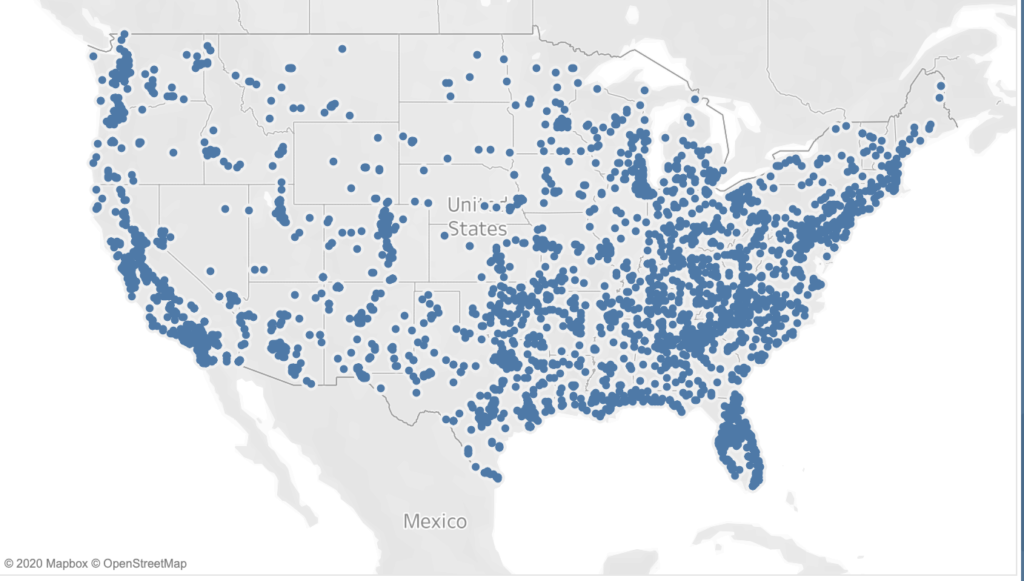 The advantage of Tableau is that you can add tooltips or hover information for each of the points. Based on importance, I chose the victim's name, age, race, symptoms of mental illness or influence, location, date, whether they were armed, etc.

If I had a map of police killings, these are the information points I would like to be highlighted. 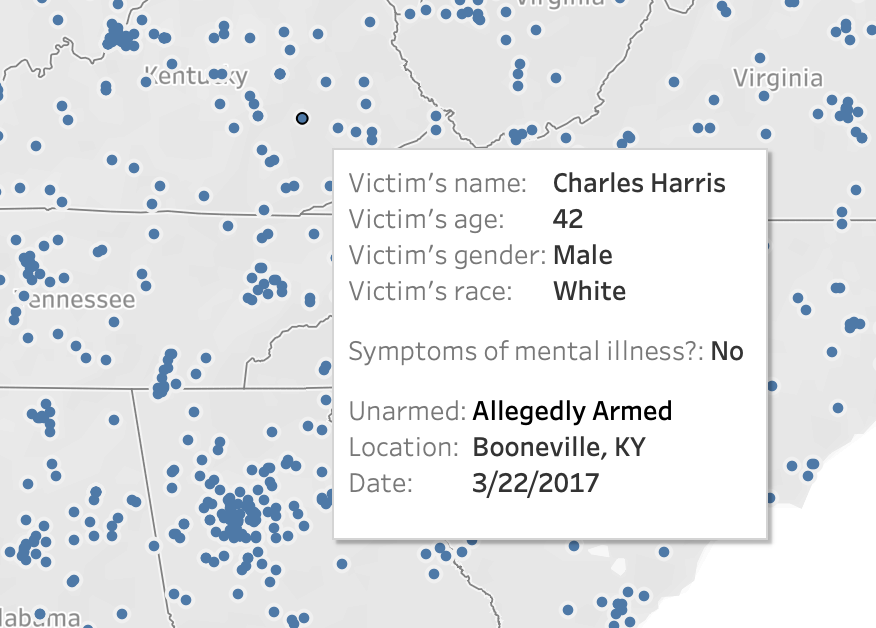 This was the early draft of my project and it would just be this map but I noticed interesting points that I would like to dive deeper into. It was worth noting that it seemed like there were more white victims than black victims. I wanted to give the user the ability to compare demographics in certain states so I decided to create another map with state information instead. Here is an example of a sample state when hovered. 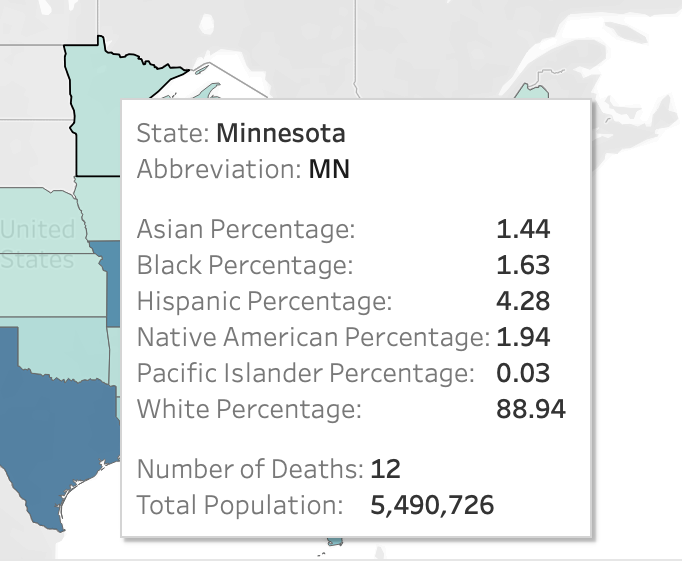 This way the user could compare the state's demographics and population against the map of the killings.

Another filter I added was whether bodycams were used by the Police. I figured this would be noteworthy when it comes to the discussion of accountability and whether the officer indeed needed to kill the subject.

Here is the map of the killings WITH the bodycam on.

Now here's a shot of the map WITHOUT the bodycam on.

There's a stark difference and I suggest that you could come to your own conclusions on the matter.

There's a lot of data to go through in the dashboard but the biggest takeaways I got is that the victims were primarily White, Black, and Hispanic. It didn't matter what the population or demographic percentage was. It was also noteworthy how little bodycams were used during these sad events. While one can argue that in a case of self-defense or life and death, due process might seem like a non-priority, many of the victims were unarmed and perhaps there may have been a better way to approach.