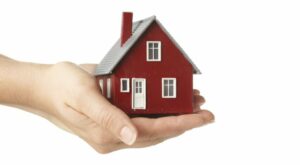 In this project, our primary objective was to create and evaluate multiple machine learning models to predict Sales Prices of homes in Ames, Iowa. This dataset can be found on Kaggle and includes 79 features that influence Sales Price. I tackled this project from the perspective as someone interested in purchasing a home. Are there any features that may stand out more than the rest?

First, we must take a look at the distribution of our target variable (Sales Price). 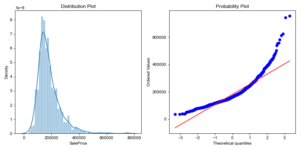 It is not normally distributed, but rather, right skewed. We then perform a log transformation on Sale Price to see if the distribution in more normal. This will help our linear models perform better. 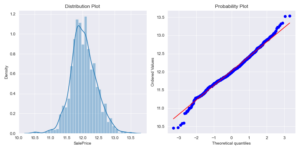 From there, I checked to see if there was multicollinearity in our dataset by using a Correlation Heatmap. 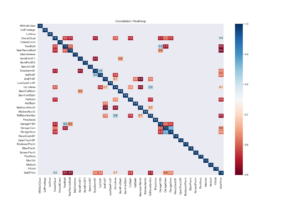 We notice these pairs of variables are highly correlated with each other:

Between each pair, I then dropped the one that is least correlated with our target variable. I kept 2ndFlrSF for feature engineering.

If we take a look at the data description, "NA" means the feature doesn't exist in the home rather than a, "missing value." Therefore, we will replace "NA" in categorical variables to "None." For the numerical variables, I decided to use the sample median to replace null values, that way we account for outliers. Inb this case, there were only two variables that had missing values: Lot Frontage and MasVnrArea (Masonry Veneer Area in Square Feet). After taking a closer look, I decided that I would use the median Lot Frontage with the median of the neighborhood the house is in, rather than the sample median.

I then proceeded to check outliers. Using GrLivArea as an example: 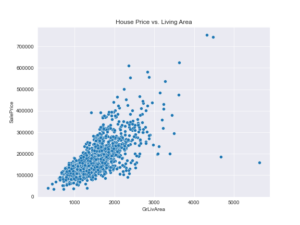 We can see that there are two outliers in the bottom right. I utilized Robust Scaler to tackle outliers, and the Standard Scaler to standardize the variables. The latter helps with making numerical and categorical coefficients more comparable.

Finally, I label-encoded my ordinal variables, and dummified nominal ones. At this point, I had over 200 variables. I decided to get remove 100 of the least correlated features.

One thing to note: I did create a separate dataset for my tree-based models; prior to label-encoding my ordinal variables, I copied my cleaned dataset and label-encoded all the categorical variables since dummifying variables affect the perofrmance of these non-linear models.

Here are the results. 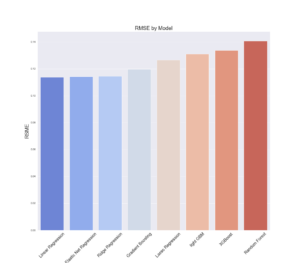 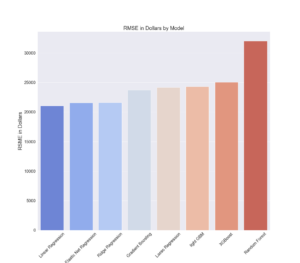 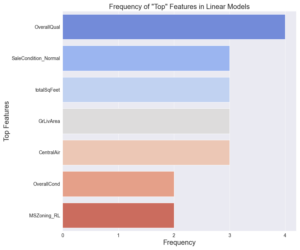 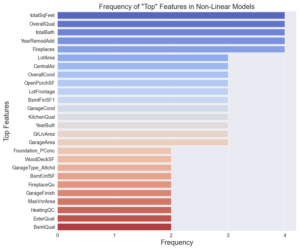 I had to split up how I counted these. For linear models, I just took the coefficients. This can be done since there is a linear relationship between the target variable, so the larger the coefficient, the "more important" the feature. In this case, I set the criteria to be any coefficient over 0.05. For tree-based models, it's a little different. I used the feature_importances_ function, and then divided each feature's value by the feature with the max value. Therefore, these results were in relation to the feature variables, rather than our target variable.

At the end of the day, this gives an idea for what feature(s) to pay attention to for those that are looking to buy a house, as well as those who want to sell their house. Perhaps their current house is missing some of these features, and by adding or renovating certain features, it will help increase the sale price of their house.

If I had more time, I would probably spend more time improving EDA and Feature Engineering, but this project was able to provide some insight on the most impactful drivers of housing projects in Ames, Iowa. It would be cool to see how accurate these models would be compared to similar cities (in terms of population, crime, education).

View all posts by Thomas Ouyang >