In this leading age of science and technology, security is a major concern for all people. People have limited time to spend with family and friends due to busy life. Whatever time is available they want to spend on peace and secure place. I made this web application for people who want to spent more time in the New York City parks . This data application allows user to investigate crimes in various parks in the New York City by numbers, year, borough, and crime types and alert them about crimes in parks around them.

This application contained various visualization tabs under overview tab which are described below:

a) Crime counts by year and park: 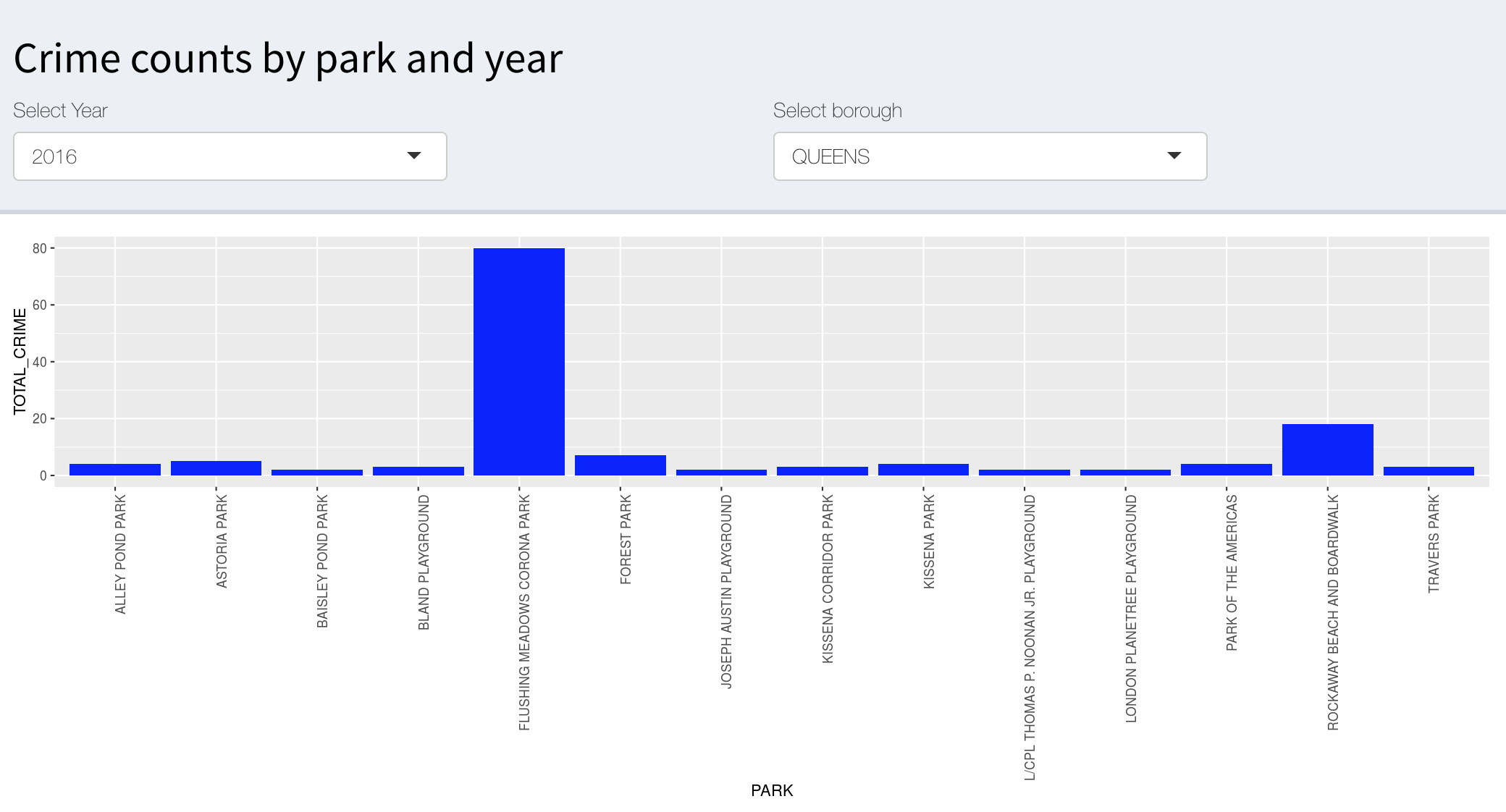 b) Crimes by borough: 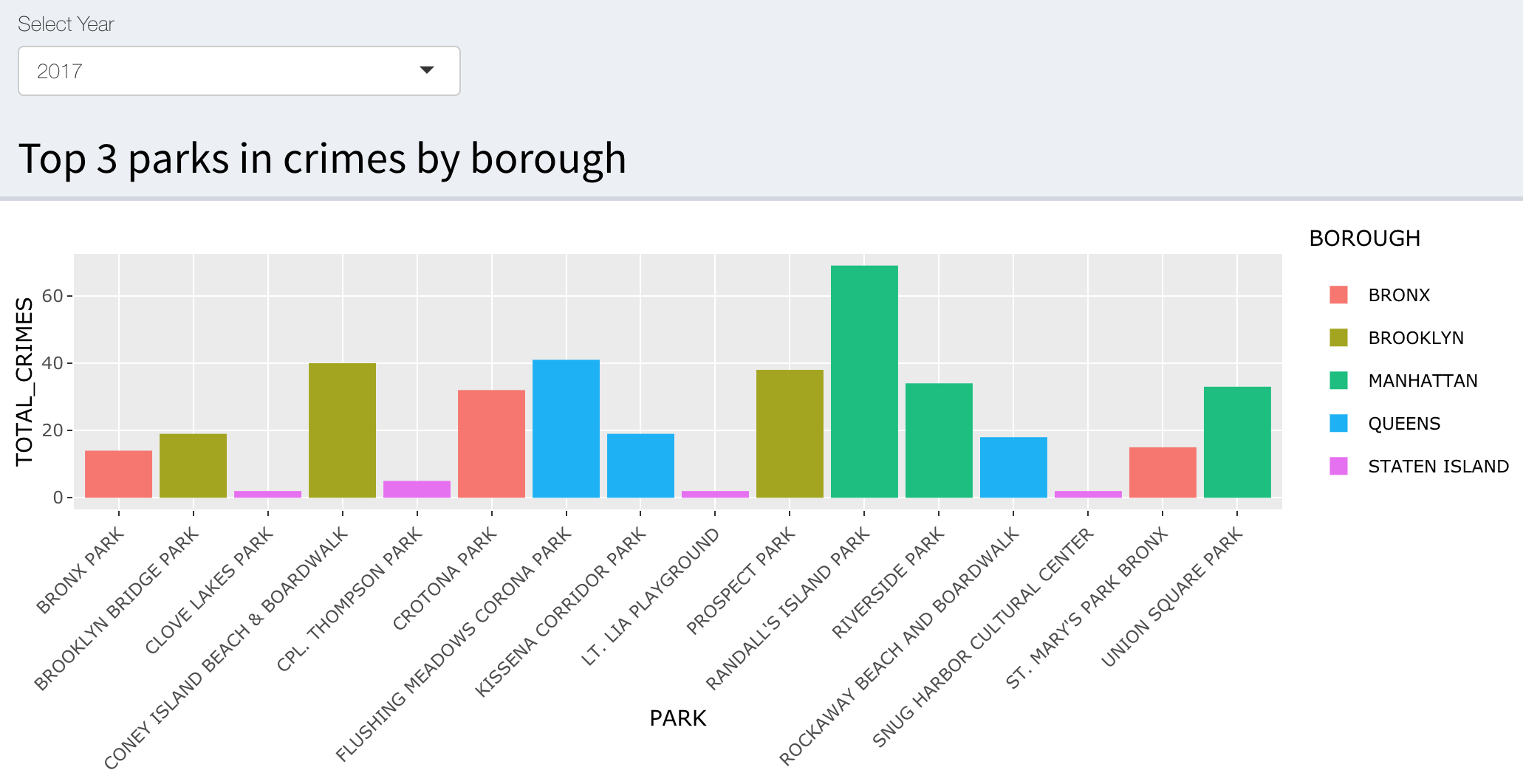 This tab visualizes total crimes by year in various quarters. From the histogram plot, it was observed that the crimes increases in third quarter which is the season of good weather and people spend more time in parks. This tab allows  user to select  total crimes by borough too. Here is an illustrative example for Manhattan borough. 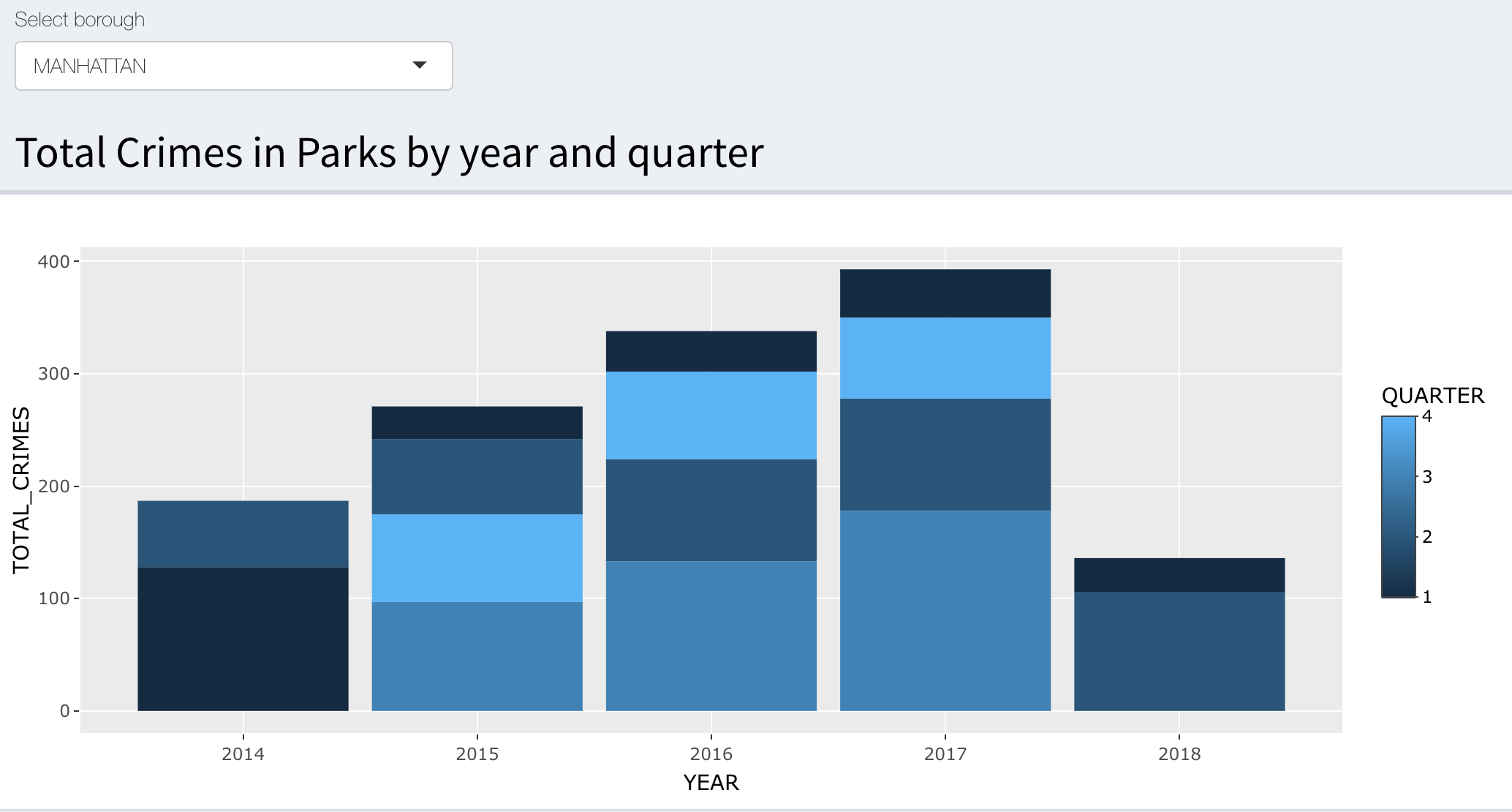 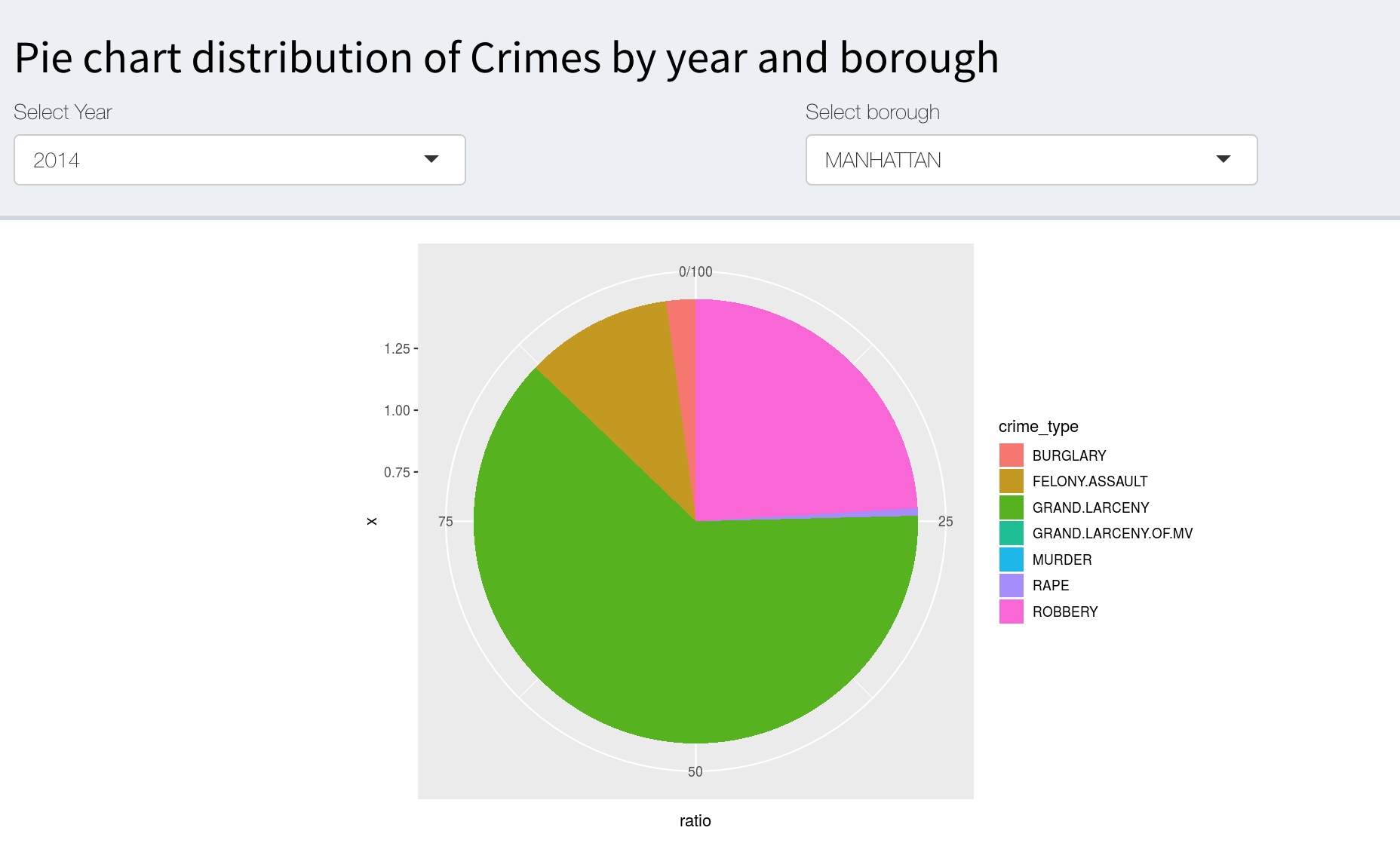 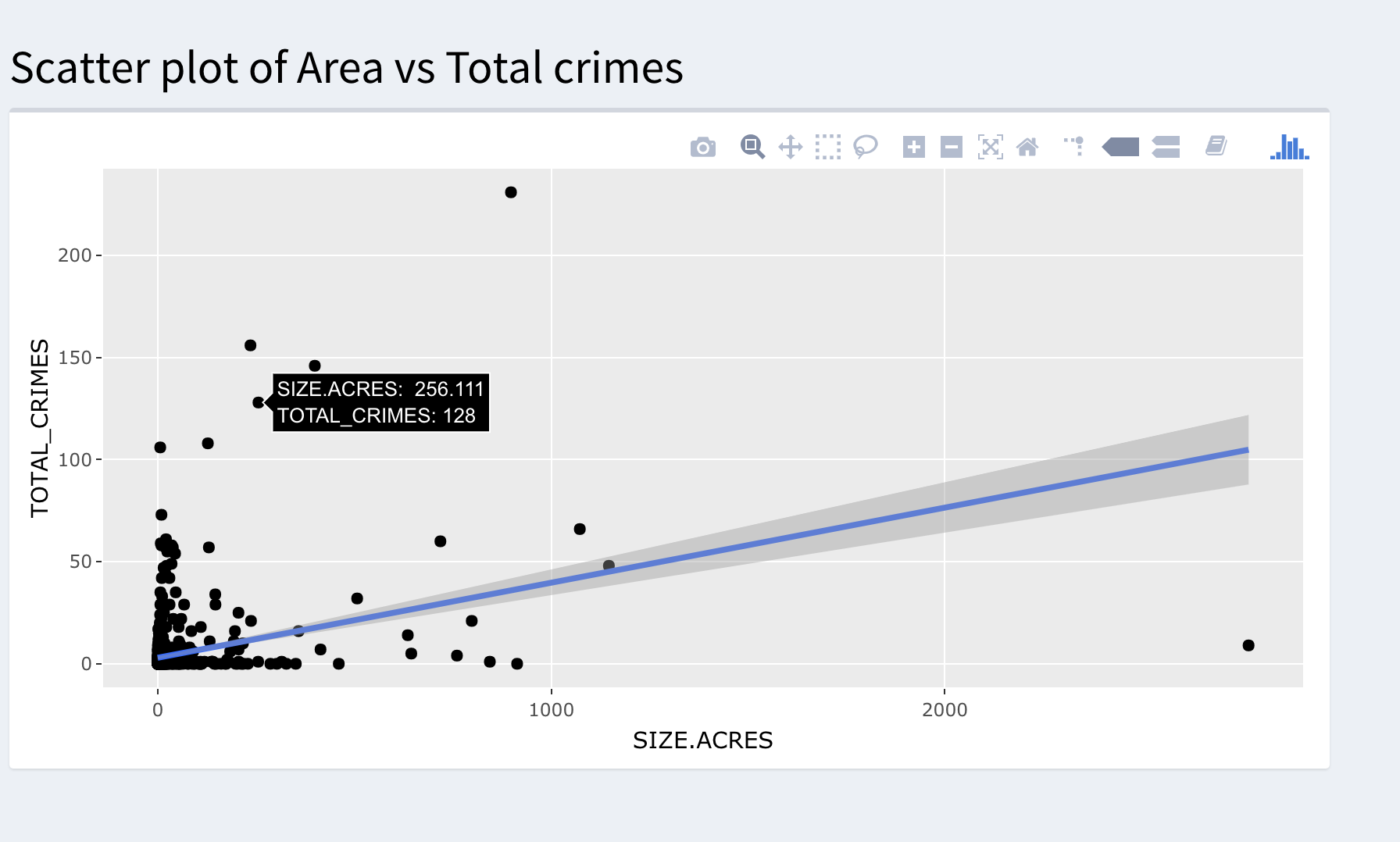 In future, it would be nice to figure out safe zones with safe park by combining park crime data with NYC crime data.

Please find all my codes to process the data in this link -  https://github.com/basantdhital/shiny_project2

Basant Dhital is a Physics Ph.D. with an excellent background in Mathematics and Statistics and demonstrated programming skills. During his Ph.D. research, he developed several algorithms to process and analyze NMR and other spectroscopic data. He developed a...
View all posts by Basant Dhital >