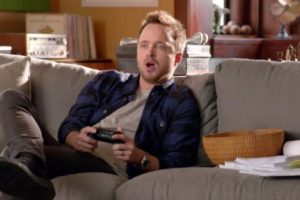 "My controller doesn't seem to be reading my input variables"

Short answer: Yes, there was.  Long answer, exploring data is about asking questions that aren't obvious from the first gleam of the data itself.  Franchised games do well but what causes the first hit of the series?  Since review data is primarily polled from American users, what link might it display towards performance of a game in other regions?

Critic and regular users had the greatest disparity between adventure game scores with critics scoring them with an average of 6.5 compared to users who gave an average score of 7.1 whereas strategy games have the closest margin between critic and user ratings with less than 0.1 point difference.  On ratings side, both users and critics prefer more cerebral genres such as roleplaying and strategy compared to shooters or action.

This trend doesn't hold when sales are examined.  A visualization of units sold displays that action and sports are the best sellers and have dominated the market since graphics and game engines improved over the years.  This is especially in the current decade as shooters displaced the sports genre to be the second best seller since 2011.  The correlation between review scores and user scores are deceiving as a result.

The entertainment industry had criticisms about an over reliance on graphics compared to story but this graph does suggest that the average consumer do prefer visuals over a more cerebral story telling experience.  The other possibility is that advances in graphics outstrip advances in immersion and writing in story.  In addition, these numbers are purely units sold and it merits further studies on whether the cost of implementing better graphics is justified by increased revenue numbers.

The top two genres of units sold by year

Finally what of the console war?  A display of sales performance by units sold distribution displays even numbers between the three major companies but a look at regional preferences by year tells a different story.  Sony has seen the advantage every year since the Playstation 2, which still holds the title of the best selling console of all time, and have yet to relinquish their lead.  Nintendo sales have faltered as their console units can't compete with the power of Sony PS3 & PS4 and Microsoft's Xbox 360 & Xbox One, respectively speaking.

Their initial answer was in their superior handheld platform, having their plethora of experience in the success of the Gameboy carried to the popularity of their Nintendo DS.  However, mobile apps have ate away from their market and is unlikely to slow down their encroachment of the handheld entertainment market.  Nintendo made the wise decision to shift to a market not tapped as thoroughly by Sony and Microsoft in more family oriented, party style games or innovations such as their Wii motion sensor controller.

A look over the years of console sales, many stories can be seen through the numbers themselves.  For example, the video game crash of 1983 that lead to the demise of industry giant, Atari and Sony's overthrow of Nintendo's dynasty is illustrated in the graph below.

The shiny app was created to skim the surface of the data for insight that can lead to deeper questions and answers.  Some questions had already manifested from the initial study.  For example, what can Nintendo do to take advantage of the advent of mobile app gaming in smartphones?  Why does Sony enjoy such global appeal?  What steps can Microsoft take to break into Japan's market, despite their overwhelming regional brand loyalty to Nintendo?

When Pokemon Go was first released, it's success caused Nintendo stocks to soar despite Nintendo having no ties to the app itself besides the franchise license.  The recently announced Fire Emblems Heroes has shown that Nintendo is readily aware of the mobile app consumer base.  Other companies are no doubt taking the same steps to ensure they don't follow the same direction of Atari and SEGA.

Microsoft struggles to break into Japan

The Code & The App