Exploring the Anatomy of a Successful TED talk

From Pericles to Barack Obama, some of the greatest orators of our time have committed themselves to spreading an idea that will not only inform but also inspire.  TED (Technology, Entertainment, and Design) continues this tradition as a nonprofit that serves as a medium for successful and unique individuals to share their stories, passions, and innovations. As a global community, TED strives to engage people on and off the internet through videos of conference talks. Driven solely by the question, “How can we best spread great ideas?”, TED has become a well-established clearinghouse for knowledge, inspiration, and wisdom.

But what drives viewership? What makes one video more popular or rated more beautiful than another? For this project, I sought to explore these questions by extracting data from the TED website:

Using ScraPy, 1874 transcripts were collected, ranging in time from 2006 to 2016. You can see the code used in the development of the spider and collection of the data here:

Sometimes, it may not be the diction, tone, or length that controls views – in fact it may sometimes be an audiences hidden biases. One of the major things that can be seen from doing a simple numerical exploratory data analysis is the difference in male vs. female speakers.

The ratio is almost 2.2 males for every 1 female speaker, which may imply that men are given more opportunity than women to speak at the conference. Take a look at the following Rating Proportion graph: 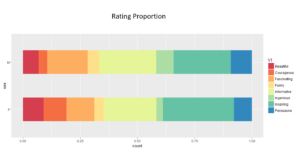 Diction is also considered a huge factor in determining a speech’s success. For each transcript, the top ten words that were used were collated, then summarized by frequency. Comparing the frequency tables of words among different quartiles: 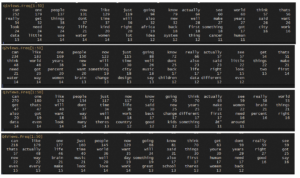 The rating proportions are visualized in the form of a word cloud – what can be seen here is the same prevalence of words shown above: 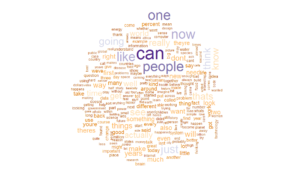 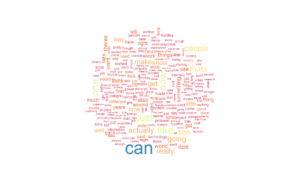 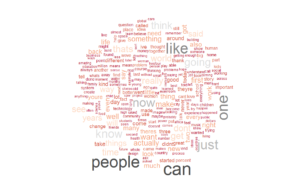 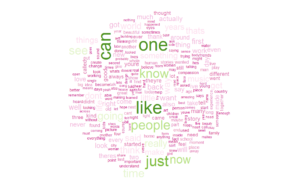 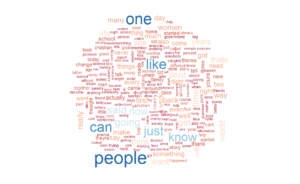 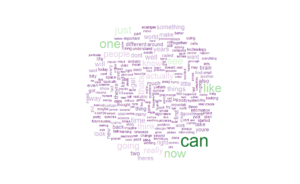 The ‘funny’ rating, however, is more interesting and varied. It goes to show that people are less likely to rate a talk funny than they are the other categories: 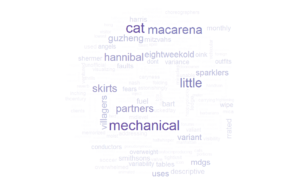 Finally, to understand if any of the continuous data collected had any effect on views, I ran a linear regression against views with the duration of the talk, the gender of the speaker, and the date it was uploaded. The following are the initial results: 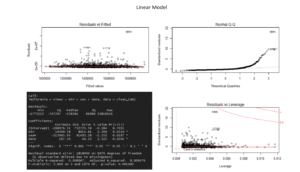 The initial Q-Q plot looks terrible above 1 quartile. I tried to linearize this relationship with a boxcox transformation (lambda = -18/99): 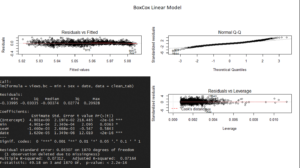 The Q-Q plot looks much better, and the result is a significant (p-value = 2.2e-16) equation. The significant coefficients are the duration and the date – the latter being much more significant. The equation however only explains 7.3 % of the variance. Date is also correlated with views, because the longer a video has been uploaded for, the more views it is likely to have. As a result, this linear model is inconclusive.

With more time, further relationships may be investigated with text mining machine learning algorithms such as Naïve Bayes classifiers. What can be noted is the discrepancy with male and female speakers, in proportion and numbers. While TED is a great organization that warms our hearts and inspires our thoughts, it may have some legwork to do before becoming fully egalitarian.