Using Data to Get Cats Adopted on petfinder.com

Petfinder.com is a website that unites rescue groups and shelters with people looking to adopt animals. This analysis focuses on cats. I adopted two cats myself from a group on the site.

Rescue groups and shelters put a lot of time, money, effort and heart into caring for cats and finding them good homes. Some rescue groups trap, neuter and release feral cats usually from cat colonies. In New York City, when a feral cat is fixed, the vet tips the cat's ear and animal control is supposed to leave them alone.  A cat colony is just a bunch of cats living together.  The rescue groups try to find homes for the friendly cats as not all the cats in a colony are feral. Also, when a feral cat has kittens, if the kittens are socialized by human beings, they can be put up for adoption.

Other groups rescue animals from the city pound preventing euthanasia from overpopulation.

These organizations have limited resources.  For many petfinder.com is their sole means of getting their cats adopted.

The goal of this analysis is to provide petfinder.com rescue groups and shelters with information that they can use to better "market" their cats and improve adoption rates.

The analysis focuses on time listed on petfinder.com. The assumption is that cats listed on the site less than thirty days are more likely to get adopted.  People looking to adopt cats can use time on the site as a search criteria.

Using Selenium, data for cats within twenty-five miles of New York City was scraped.  The site was scraped with six different search criteria reflected in the table below. 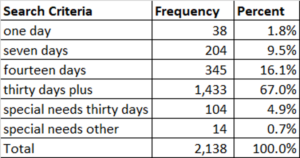 The cat name and associated rescue group or shelter was used to uniquely identify each cat.  Special needs cats were excluded because they would need to be analyzed separately and there isn't enough data to do that.

Duplicate listings of cats by rescue groups and shelters

A lot of cats are relisted.  Most of the time, it's just twice 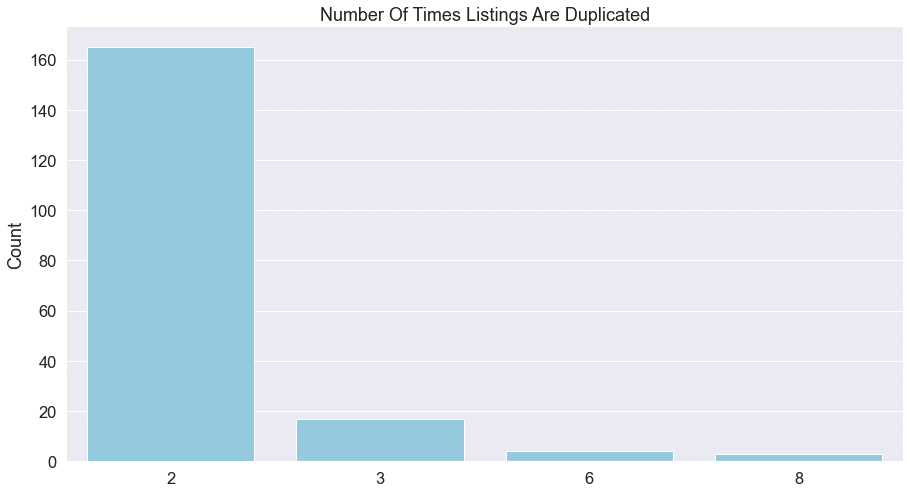 Most duplicate listings fall into the less than thirty days category. 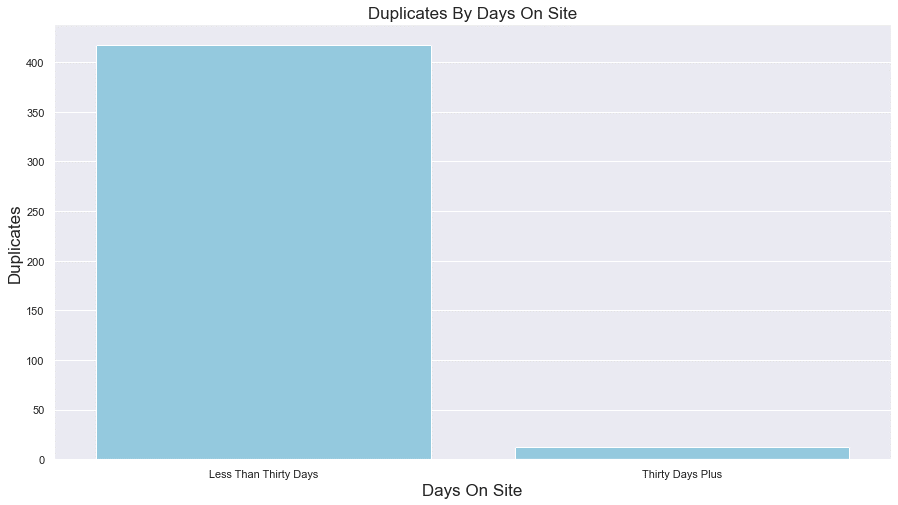 It seems that most  groups are relisting cats when they hit the fourteen-day mark.  183 cats were listed as being on site for both seven days and fourteen days. 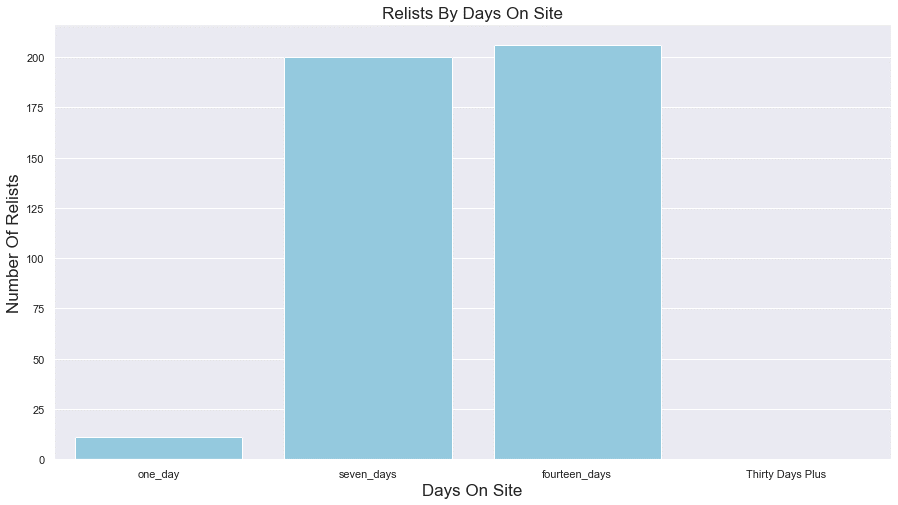 Most duplicate listings are kittens.  Rescue groups and shelters are anxious to get them adopted when they are very young. 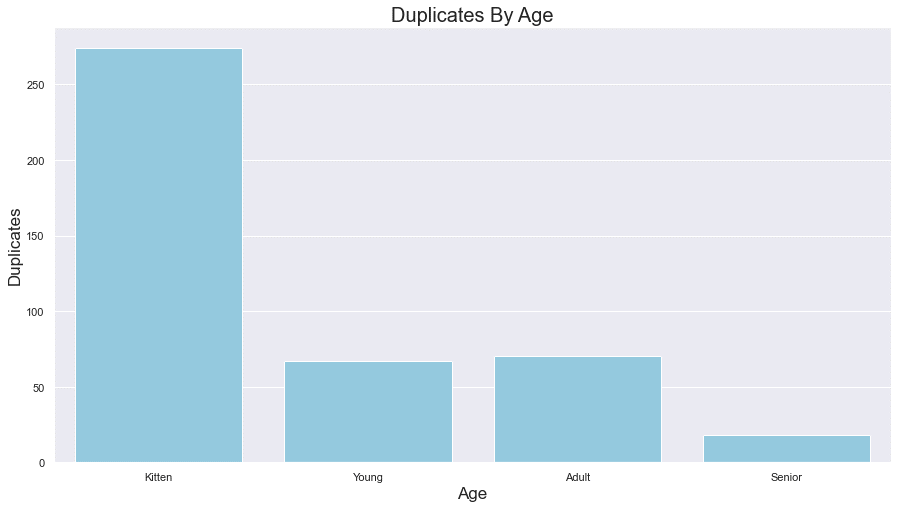 Comparison of cats on petfinder.com for less than thirty days with those on site for thirty days plus.

There are more kittens on the site for 30 days plus

However, there are more kittens in the less than thirty day category relative to other ages. 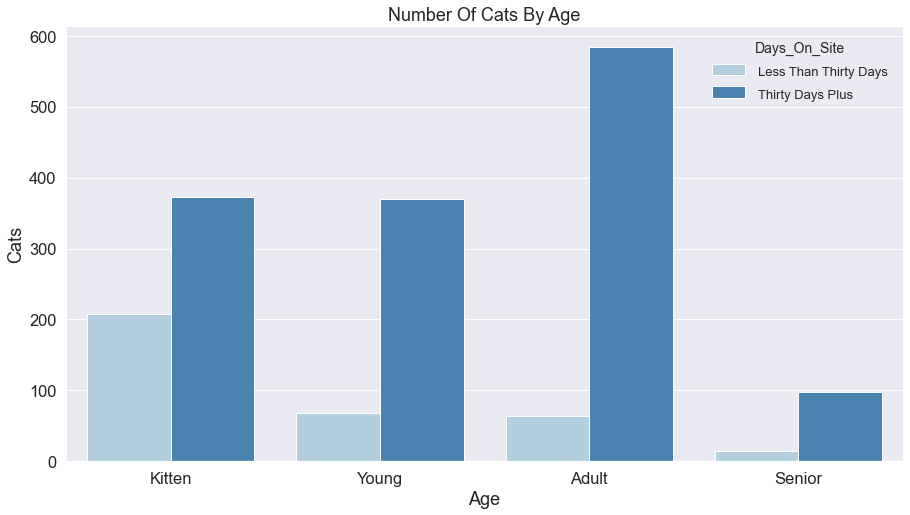 Kittens comprise the overwhelming majority of cats listed on the site for less than thirty days. 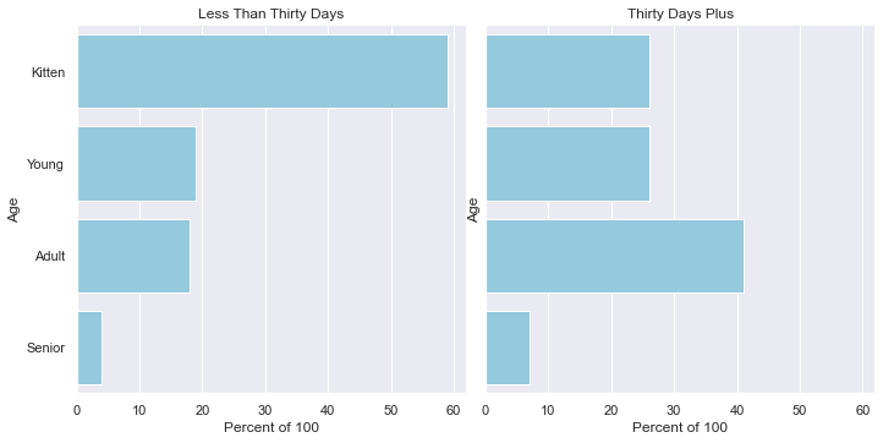 There seems to be a bit of a preference for male cats.  However, I am highly skeptical of this.  I worked as a statistician in the fundraising area of an animal welfare organization for two years and I visited the cats in the shelter in my spare time and talk to the people who volunteered there.  I never heard of a gender bias. 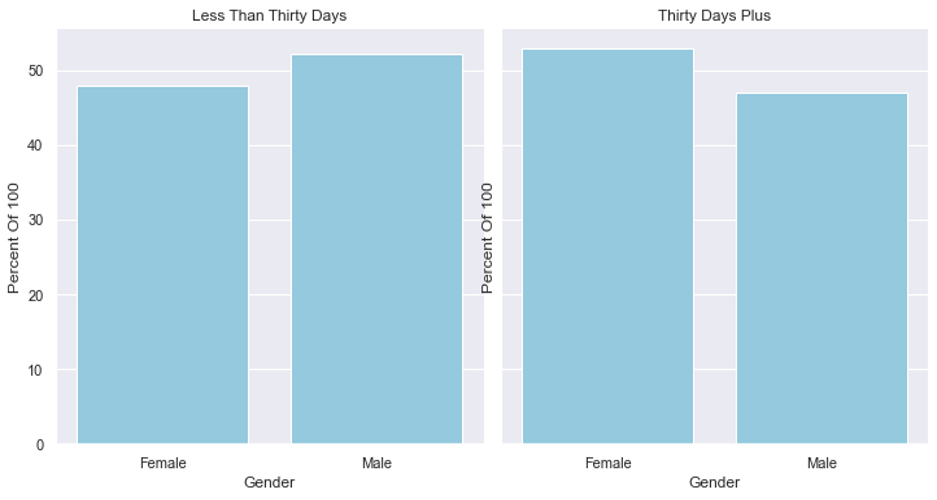 There aren’t videos of most of the cats on the site.  I think if you look at things from a marketing perspective, videos help.  Videos are under utilized. 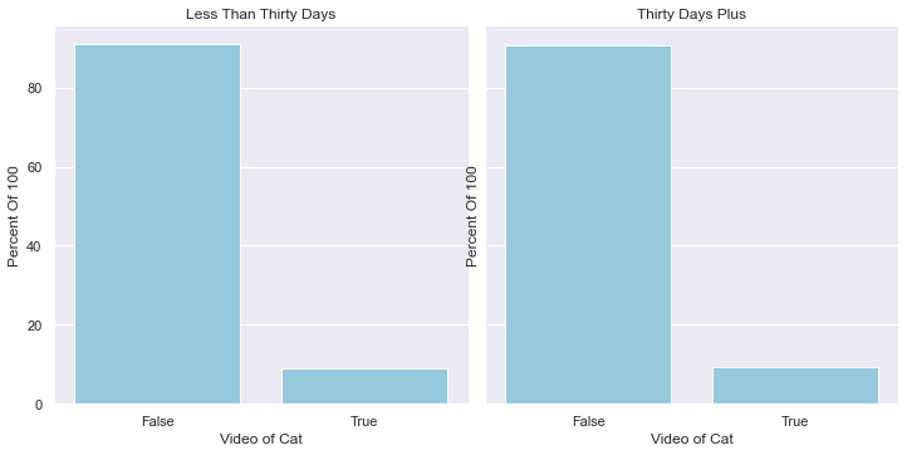 A pet narrative is a paragraph about the cat.  It often tells where the cat came from, if the cat is shy or really  friendly, if it is currently fostered in someone’s home., if it is bonded with another cat that also needs a home etc.  It doesn’t seem like longer pet narratives will help a cat get adopted.  Narratives are important because people want to know about the personality cat , but being as concise as possible is important. 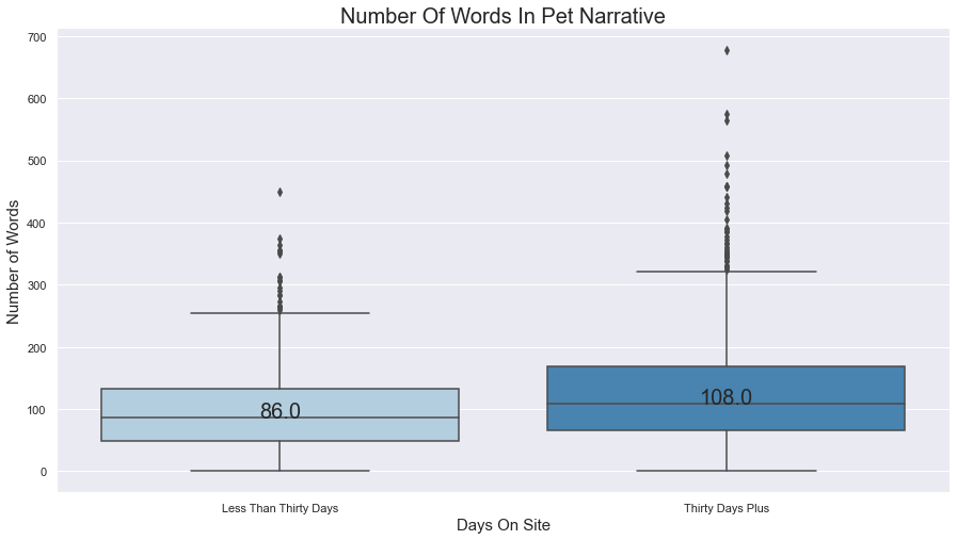 Pictures are underutilized on the site especially for cats listed as less than thirty days.  I conducted an informal survey of people I know and most potential adopters won't look at any other information about a pet if a picture is not there. 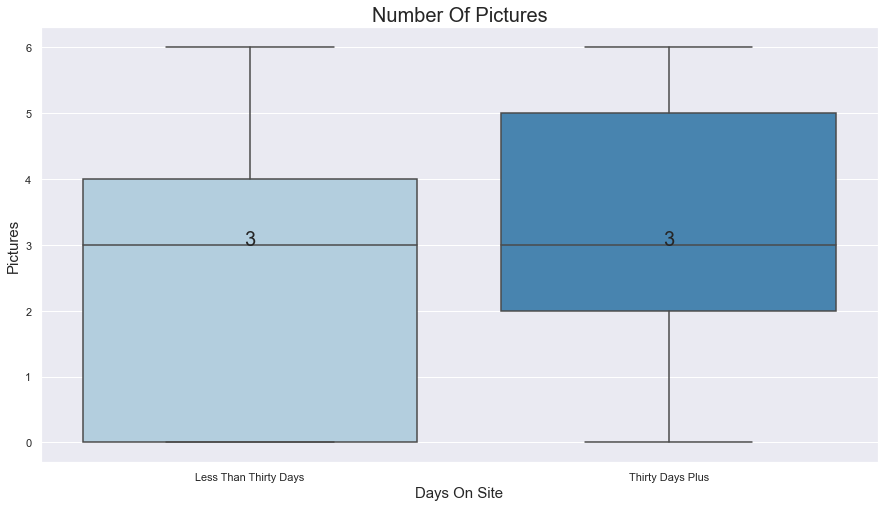 Longhaired cats seem to get adopted faster.  Longhair is recessive.  Usually demand for what is rare is greater. 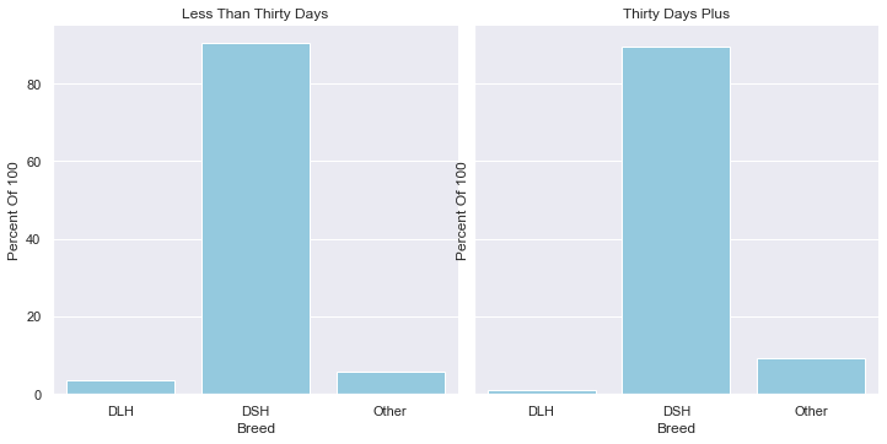 Recommendations to rescue groups and shelters.

If you would like to see the details of how I conducted my analysis, this is the Github link.