Further exploration and analysis can be done on the Shiny app to help organizations make narrow category comparisons and determine which categories contain the largest or smallest number of apps and installations, the characteristics of each category, and more to determine opportunities for app development. 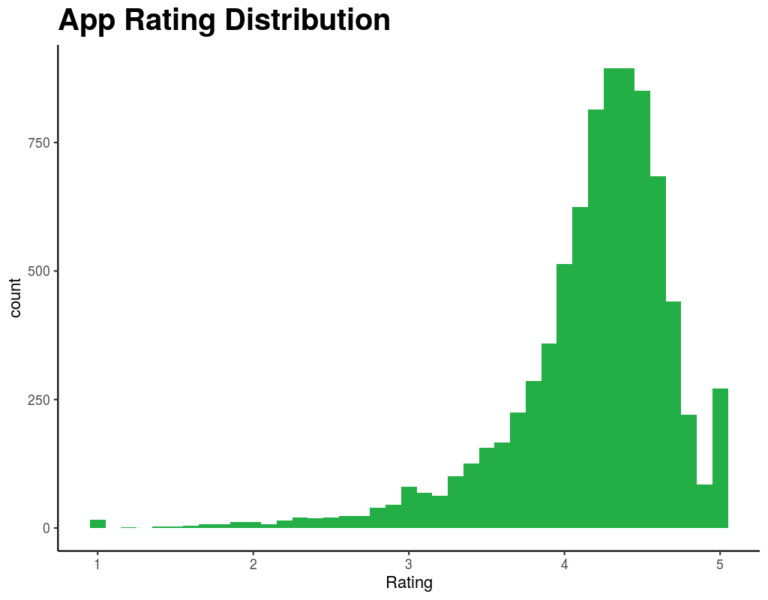 At first glance, we see a left-skewed distribution across all apps in the Google Play Store, or a 4.1 average rating, which indicates a large number of highly-rated apps. 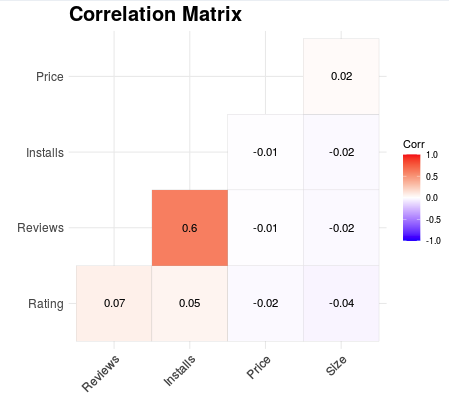 Despite there being more Family apps, as seen in the Top 10 Made bar chart, Top 10 Installs reveal Game apps as the most installed category, followed by Communication and Tools. Therefore, from a business point of view, considering which category is heavily saturated, like Family apps, is something to recognize when thinking about competition and competitors in the market. On the other hand, the bottom 10 apps made can provide an opportunity for growth, with less competition among these categories. In addition, recognizing the categories that are installed the most may provide insight on which categories consumers prefer to download, thus, providing developers or entrepreneurs opportunities to enter this category and compete for installs.

Of the categories that are made and installed the most, Family, Game, Tools, and Productivity fall under both these top 10 lists.

Taking a look at the top 3 category apps made–Family, Game, and Tools–we see that most of these apps are Free, with a median pay price of $2.99 for paid apps. Together, these 3 categories make up 27.81 billion installations or 36.9% of all installed apps from the Google Play Store.

Among the top 3 categories of apps, the most common content rating is accessible for Everyone. There is also a notable Teen rating presence between Family and Game apps. In all, having more apps rated as appropriate for everyone can lead to a high number of installations from users.

The two features most commonly found among the top apps made and installed include Free and appropriate for Everyone.

Further expansion of this Shiny app may be done with an up-to-date dataset to determine the characteristics of categories with the most installs. Based on the correlation matrix, high ratings, price, and the number of reviews don't determine the number of Installs. Since most apps are free, installations may be driven by other features of an app not given in the dataset. With an updated dataset, I would like to identify characteristics of categories and apps that lead to an increased number of installs. Categories with the most number of installs not only determine the needs of consumers today but provide an opportunity for developers to enter this competitive market.