As a group we completed the IEEE-CIS (Institute of Electrical and Electronic Engineers) Fraud Detection competition on Kaggle. The dataset of credit card transactions provided by Vesta Corporation, described as the world's leading payment service company. The dataset includes identity and transaction CSV files for both test and train. The training dataset is 590540 x 433 in terms of columns and rows with 20663 fraud transactions. Target variable for this competition 'isFraud'.

Here are some of the most important features and variables:

Here are some of the most important things we discovered during our exploratory data analysis (EDA): 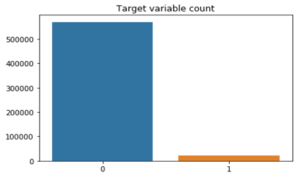 We also explored the timedelta in more detail, although there was a lot of noise. 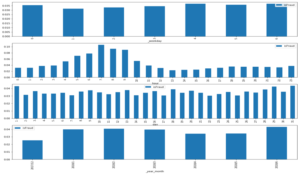 Another interesting thing we found during our EDA: 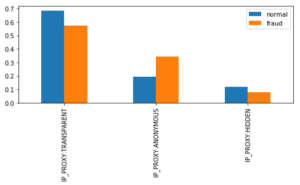 Next we tackled missingness and imputation and found: 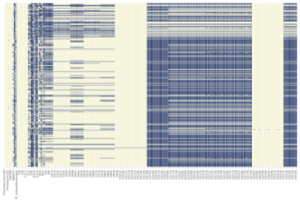 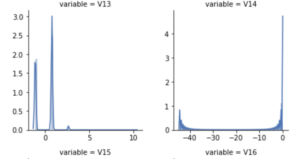 We had two main plans with how we should deal with missingness and imputation, plan A and plan B as described below:

Engineering on the anonymized V-columns was another step in this process. Considering that V-columns occupied most of our data and were engineered by the company themselves, we indexed on the trends in those values to impute. 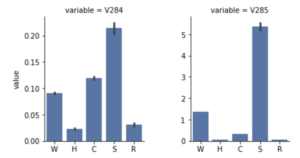 Another very important part of our project was dimensionality reduction. In our efforts towards this we attempted the following:

It was essential to run PCA before balancing the created values from oversampling wouldn't be influenced by uninformative features. 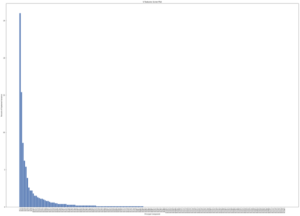 We also implemented balancing techniques. This was to help with the imbalance that we showed earlier, we used techniques such as oversampling the minority class along with SMOTE. SMOTE, which stands for Synthetic Minority Oversampling Technique, which judges nearest neighbors based on Euclidean distance between data points. Here is a visual example of both techniques below: 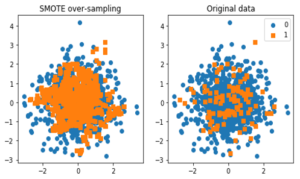 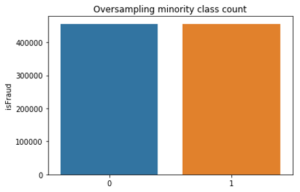 After this we ran our models, XGBoost and LightGBM. Here are our scores for both of the models:

Scoring of our submissions were evaluted on area under the ROC curve between predicted probability and the observed target. A graphical example made on sample data is shown below: 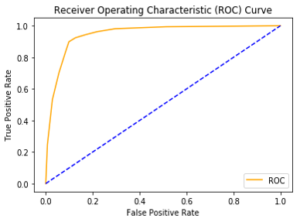 Future work, meaning if we had more time to work on this project before this presentation.

In conclusion, this was a very fun and challenging project that we believe we did very well on given our time constraints. We learned a lot about fraud detection especially when dealing with credit card transactions. We enjoyed this competition and its valuable experience will help us in future projects.

View all posts by Jose Gonzalez >

View all posts by Rajesh Earlu >

Fred Cheng is a certified data scientist who is working as a data science consultant in Zenon. He owns a Master’s Degree in Management and Systems from New York University with a bachelor’s in business management from The...
View all posts by Fred (Lefan) Cheng >

View all posts by Alyssa Wei >

Google January 3, 2021
Google Here are several of the web sites we suggest for our visitors.

Google December 17, 2020
Google The info mentioned in the report are several of the top available.

Google November 21, 2020
Google Usually posts some very fascinating stuff like this. If you are new to this site.

Google November 21, 2020
Google We came across a cool site that you simply could get pleasure from. Take a look in the event you want.