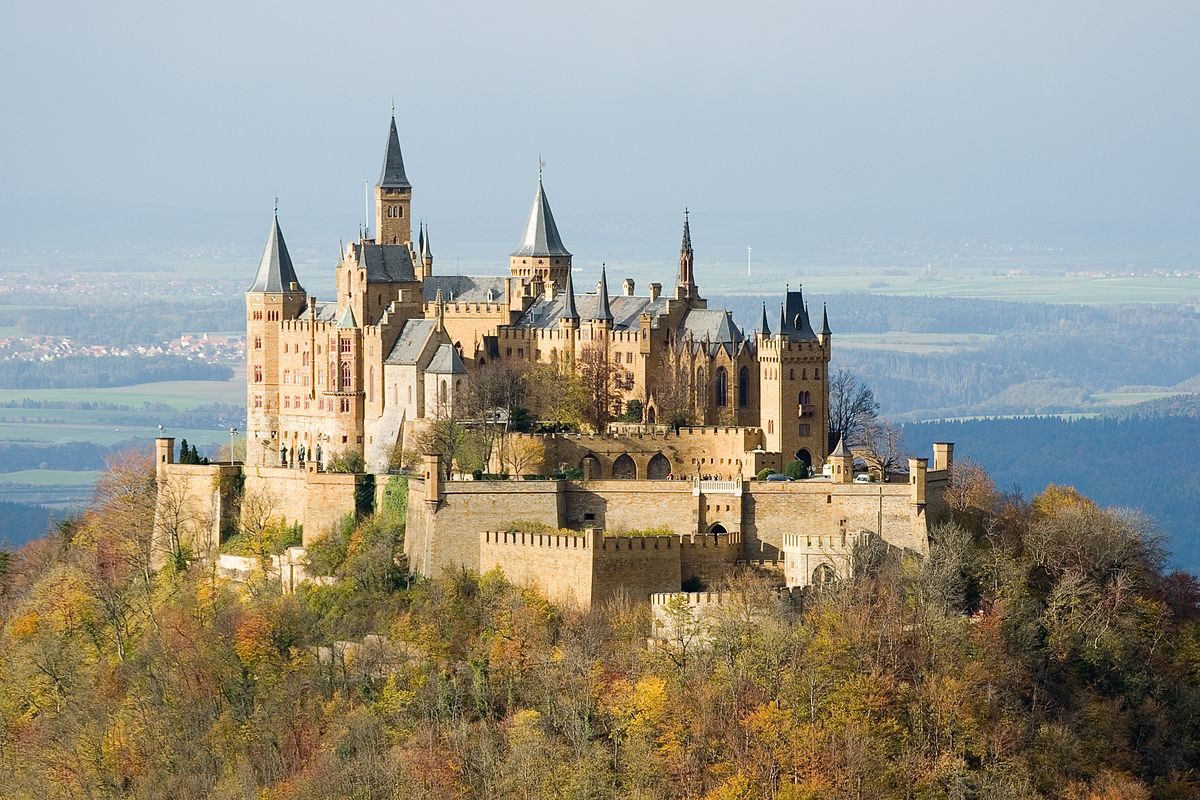 For decades the American Dream has been defined by the pursuit of home ownership, and in 2017 Zillow reported that the median value of U.S. homes hit a record high of $200,000. Housing prices are determined by a slew of factors; some quantifiable, and some not. Being able to isolate the best factors for predicting housing prices has a clear use for real-estate investors as well as individuals looking to move into a new home. In this project, we used, compared, and stacked multiple machine learning algorithms to predict housing prices in Ames, Iowa.

The data frame provided was relatively clean, which allowed us to focus on making the variables compatible with our models. 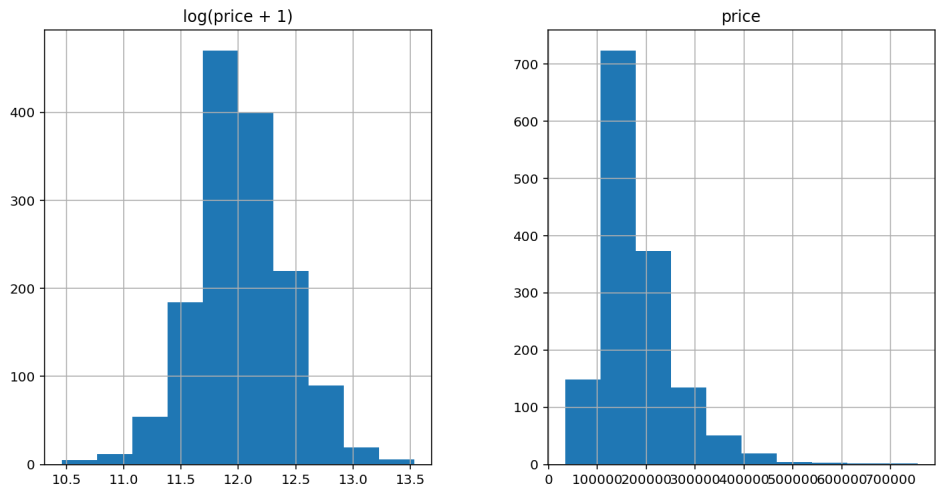 After transforming the sale price, we noticed several numeric features were not normally distributed. This was problematic, as certain linear models are based on the assumption that predictors are normally distributed, and violating these assumptions could negatively affect the linear model, thus making predictions inaccurate. To fix this, we decided to skew those with degrees of skewness larger than 0.75.

Now we had to figure out a way to deal with the ordinal features and categorical features.

For the ordinal features, we read in the descriptive text to extract those features, so that we could turn them into numeric features. We fed them into a dictionary and applied them to columns.

The graph below shows the features that have a strong linear correlation to each other. Linear features follow the line of best fit such as in the case of case of overall quality predicting sale price. For those colored in red, we can delete one of those two having high correlations. Through this graph, we can easily tell which features have the highest correlation with each other. 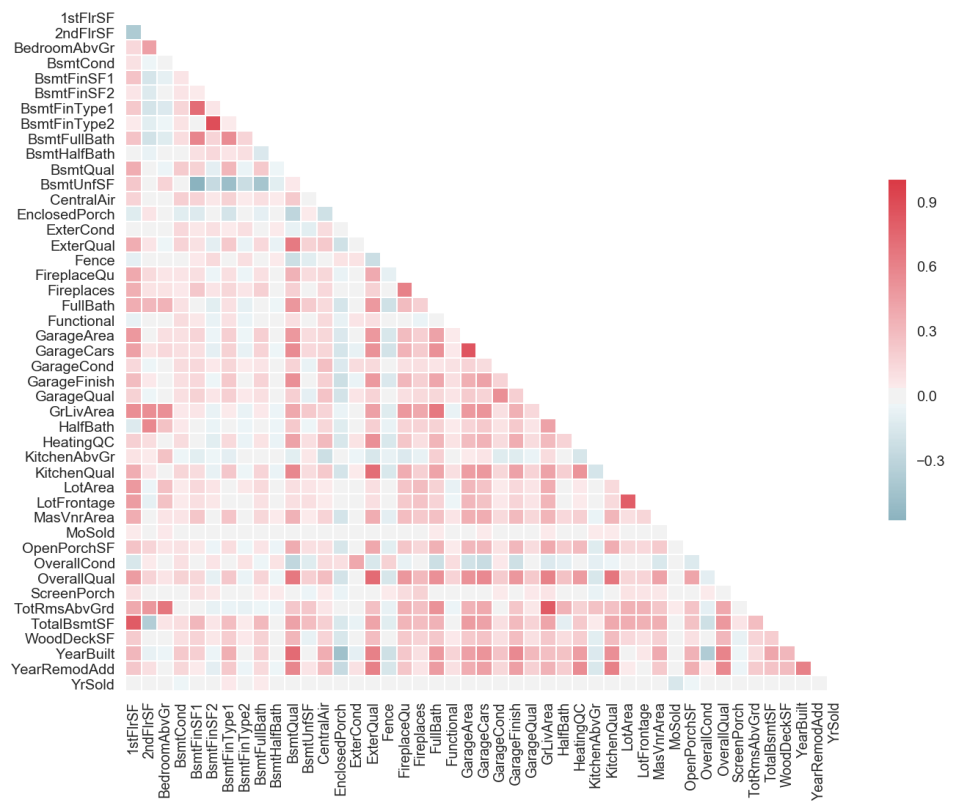 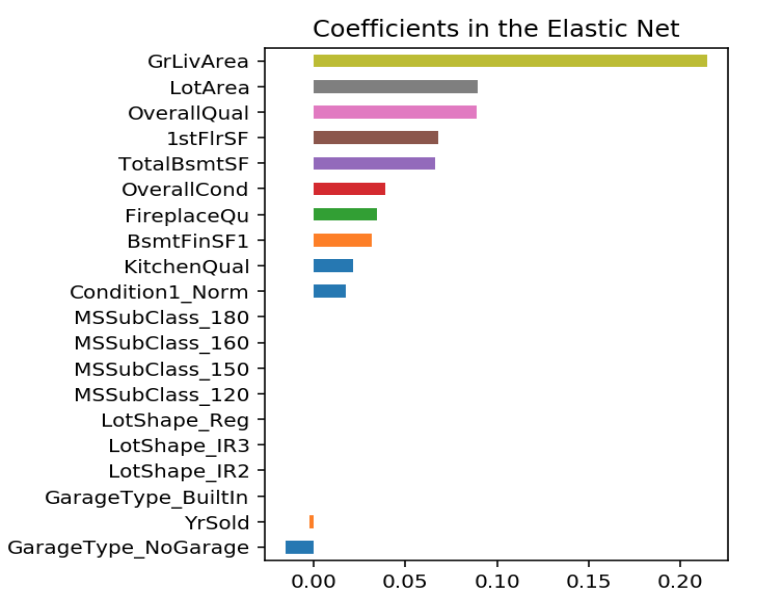 We used cross validation to find the best parameters for a  gradient boosting regression. These parameters were learning_rate = 0.04, max_features='sqrt',n_estimators=500, max_depth=4,subsample=0.7,min_samples_split = 10,min_samples_leaf =2.

The following graph is of the top 30 variable importance. The top two most important variables are "Fence" and "Full Bathroom." However, there is a limitation that when using dummified data to fit tree models-- they will usually be misleading and have incorrect answers. 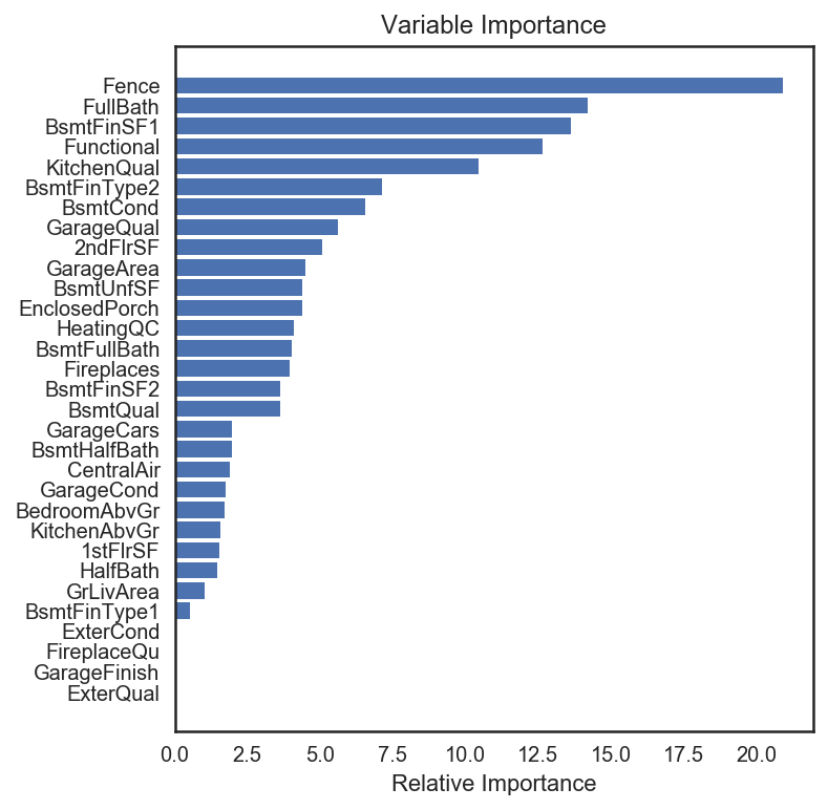 Although the RMSE of gradient boosting is 0.118, the RMSE on Kaggle is 0.166. This model has a very serious overfitting problem. We considered the problem should result from the tree model.

To implement the SVR, we used a built-in SVR function in the sklearn module (from sklearn.svm import SVR). SVR is a computationally demanding model, with non-linear kernels being more demanding than the linear kernel, so in the interest of time, we chose to go with the linear kernel for our support vector regression. We set our epsilon to be 0.1 and applied a grid search cross-validation to select the best performing model.

To our surprise, SVR had the lowest performing test score out of all the models, with an RMSE of 0.14602. At first we thought this was due to a poor choice of kernel and epsilon--we thought a non-linear kernel would perform better than the linear kernel we chose to go with. Ultimately though, the low score was mainly attributed to size of our training set. While support vector regressions perform well on high dimensional data sets, they also require a large number of samples to train on. With our data being very sparse after encoding, and having a dimension of approximately 1500x250, the support vector regression did not perform as well as the other models we used.

a. Data cleaning is arguably the most important and most time consuming task

b. Give a hypothesis of which simple model may work best on the given data

d. UNDERSTAND the model, and why it gave the output it did

Shiva first got involved with Data Science through a Topological Data Science reading group. After six months of TDA studies, he realized there were fundamentals he'd yet to master, which is why he enrolled in NYCDSA. When not...
View all posts by Shiva Panicker >

View all posts by Han Wang >