Loans are sums of money that are lent to the borrower with the expectation that they will pay back the principal plus interest over the allotted time. There is always a risk involved with loans from the perspective of the investor. The way to mitigate the risks and make it worth your while is to increase the interest rate and the risk increases. The risk comes from the applicant's financial history. If the applicant has a strong financial history, then you would suspect that they are low-risk for default, so you give them a low-interest rate on their loan. If an applicant has a weak financial history, then you would suspect that they are high-risk for defaulting, then you would increase the interest rate on their loan to make it worth your while. The higher the interest rate, the higher the potential profits are for the investor, provided the borrower does not default on the loan or get charged off. This is why it is so important for the investor to be able to have some tools to help them decide whether or not they want to accept a loan application or reject it.

What does it mean to default on a loan? Loan default means that the borrower failed to adhere to the initial agreement they made for the loan. This is detrimental to an investor. 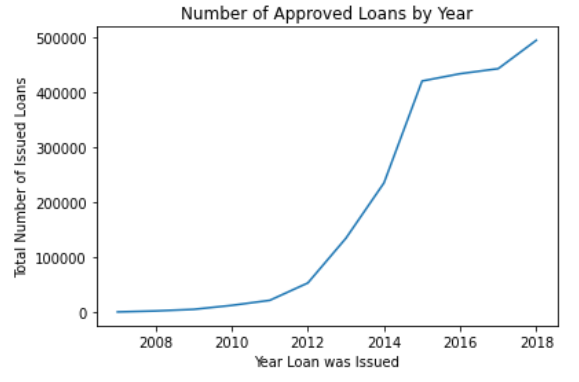 As you can see in the image above, there is a spike of activity for Lending Club around the year 2013. In 2013, the USA experienced what's now called the Great Recession.

In the above graph, we see that debt consolidation was the number one purpose for loans through Lending Club. This coincides with the Great Recession of 2013.

When you think about loans that are charged off / default, you might think that loans with higher amounts tend to default more often than loans with low amounts. This seems logical, but it turns out to be false. 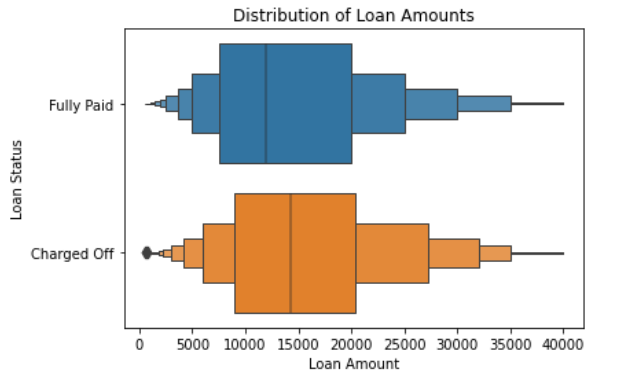 This graph shows the distribution of loan amounts for loans that were fully paid vs charged off. You can see that there is a lot of overlap between the two loan statuses. This means that one can't reliably predict whether or not a loan will default simply based on the loan amount. Also, according to the data our team had, the median salary for individuals was similar across different loan grades were very similar, so salary is not a reliable indicator for whether or not a loan would default either.

This boxplot illustrates the fact that fully paid loans increase the profits of the investors and charged off / defaulted loans are detrimental to a business. It decreases profits and the investors lose out on the principal and interest they planned on getting from the installments. 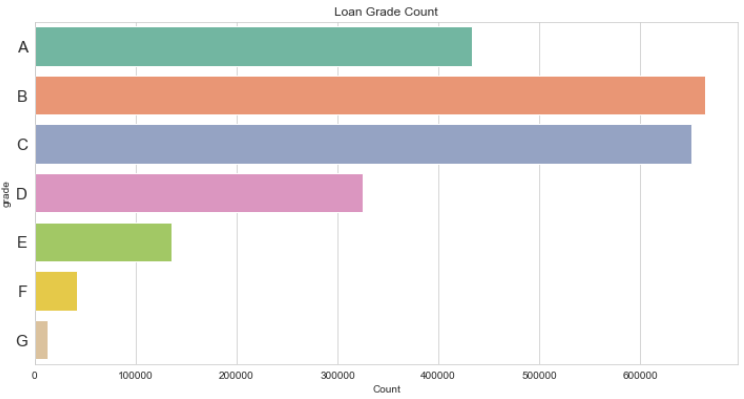 This graph shows the distribution of loan count by loan grade. Most Lending Club loans qualify as grade B or C. 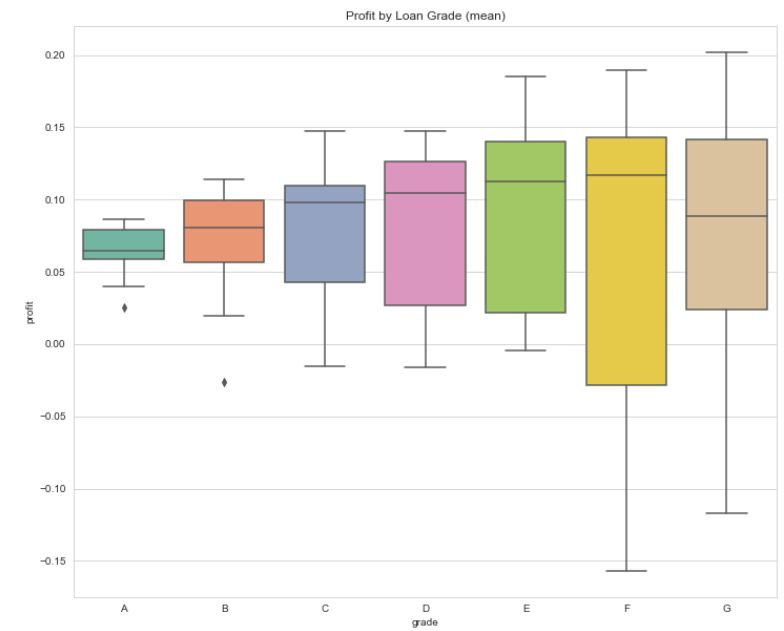 But, from the boxplot, we can see that the profit margins increase as the loan grade decreases. This means the higher loan grades are safer but less profitable and the lower loan grades are riskier but also more profitable because of the increased interest rates. This leads to the idea of loan diversification. In order to optimize a portfolio, one needs to optimize the ratio of safe loans to risky loans. But, this begs the question, how can one know which loan applications to take a risk on? Is there some way of knowing whether a loan will default or not when all you have is the financial history of the applicant?

We built a neural network that was able to find a separation between the fully paid loans class and the defaulted loans class. It did not suffer from overfitting, like the tree-based models we tried, and the computation time for a dataset of 2.5 million observations only took 15 minutes as compared to Support Vector Machines which took 5 hours on a smaller subset of the data and didn't even converge in the end. Here are the training and validation confusion matrices for the neural network. 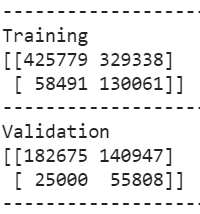 How is this useful from a business perspective? Investors can use the model as an assistant to help them optimize their portfolio. The model can take in the financial history of the applicant and return the probability of default based on all the applicants that defaulted in the past. This will help investors minimize the number of defaulted loans in their portfolio and help them to maximize profits. They can more confidently take risks with lower loan grades and increase their profits from higher interest rates.

In the future, we would like to build a regression model that can accurately predict the expected return on investment for a newly accepted loan, only using information from the [potential] borrower's financial history. We would also like to try to solve the overfitting problem we had with the tree-based-models. Furthermore, we would like to ensemble the tree-based models together, after solving the overfitting problem, and see if this ensembled model can out-perform the neural-network.

Data Scientist with 7+ years of work experience and a strong mathematical background. Passionate about applications of Machine Learning and Deep Learning in industry.
View all posts by Mark Carthon >

Chemical Engineering graduate committed to a career in Data Science.
View all posts by Garrett Sikes >

With a background in biomedical research and data science, Brian aims to utilize his quantitative background in the sciences and data programming skills to provide data-driven decision making strategies and key insights for real-world business problems.
View all posts by Brian Perez Joseph >