Check out my Github gists for both my scraping and analyses.

I chose to web-scrape this online political discussion specifically because:

I must additionally be careful to not fully extrapolate the results gleamed from these heavy forum users to the general public.

Structure of the scraped data: 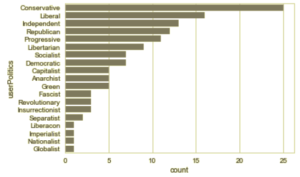 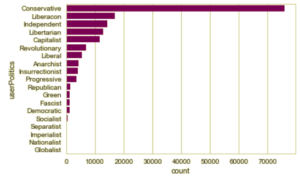 I next consolidated these ideologies with n > 5 along the conventional liberal to conservative US ideological spectrum,  discluding 'independents'. 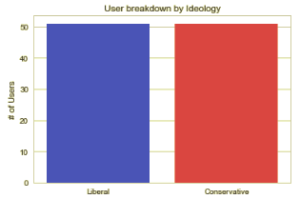 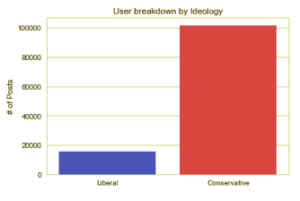 I split the data between liberal and conservative users, and sorted the output to gain the top 20 2-word phrases for each group. 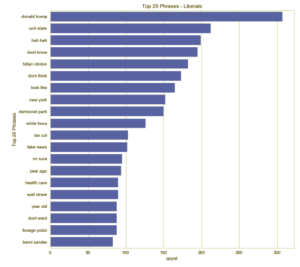 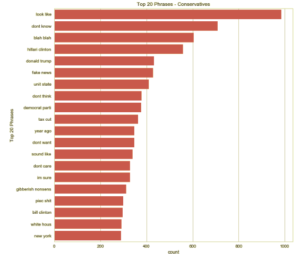 Using the Python package TextBlob, I  ran a sentiment analysis on the text of each of the  250k+ scraped posts.

I first applied standard NLP cleaning to the postText data, removing stopwords and stemming the text. I then fed the simplified outputs into the TextBlob sentiment analyzer.

The analyzer works via Naive Bayes classification, built upon the Stanford NLTK program.

I next look to identify partisan differences in sentiment regarding known polarized political keywords. .

For each keyword, I segmented out all containing posts along with the # of identifying users.

Since the posts/user distribution is so skewed, I chose as the unit of study the distribution of mean sentiment values of each user.

This prevents the scores of a few high posting users from flooding out other users and thus keeps the analysis focused on the conversation occurring between users.

Subjectivity and Polarity box-plot distributions for each political keyword: 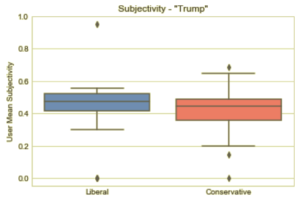 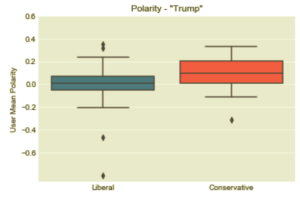 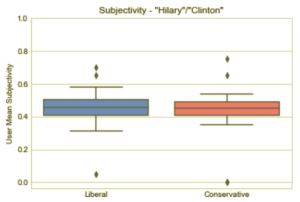 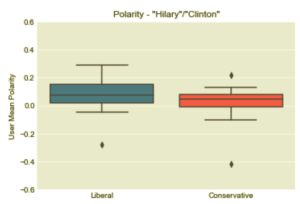 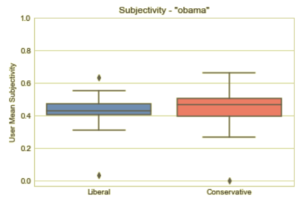 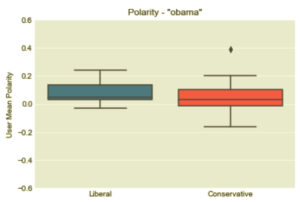 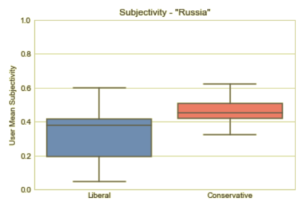 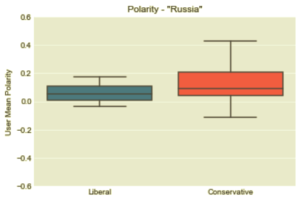 To what extent are political discussions on the forum crossing the ideological divide?

To find out, I implemented a network analysis via the Python package NetworkX.

I color my nodes via the partisan identification of the users (grey = not segmented): 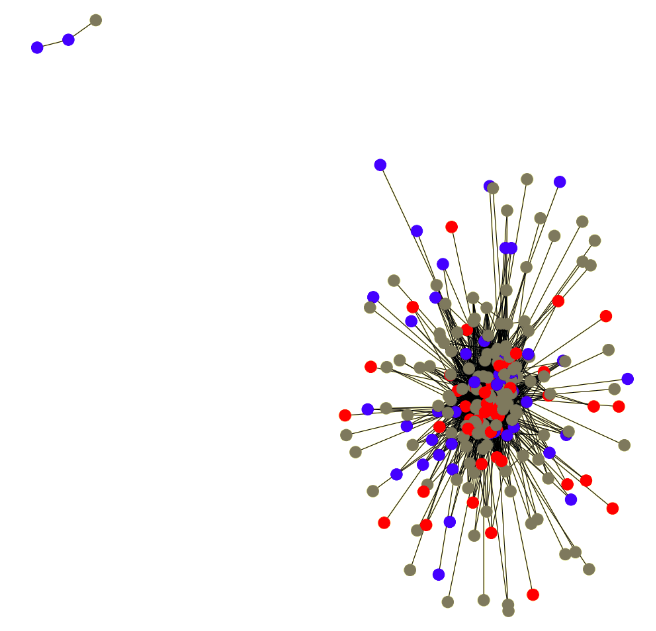 The network visually consists of:

Next, I used the best_partition() function of the communities package to partition the nodes into the groupings which maximizes the modularity, the ratio of the connection density within each groups relative to the connection density between groups, using the Louvain heuristics. I also weighted the partition via the total number of posts by each user. In this case we are returned 5 segments. 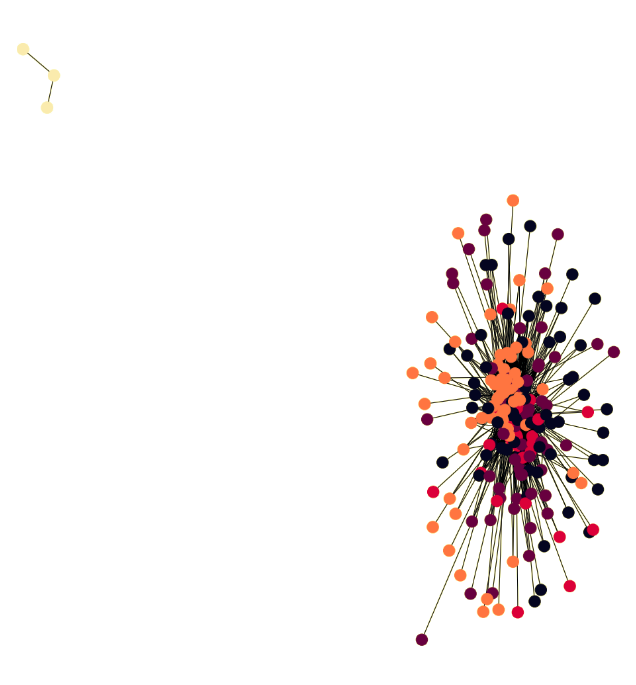 Now to  resolve my question, I analyze the makeup of each of these 5 segments:

With the caveat that partisan identity data is available for only about half of all users, analyzing the breakdown among those users (the difference in count between 'LeftRight_binary' and 'conservative_binary' for each row) shows that the communities within the main cluster are all considerably balanced between conservative and liberal users.

Thus, there is evidence that users are socializing across the partisan divide and the forum is serving as a space for political debate.

Check out my code for this project via my Jupyter notebook Gist on Github.