Marathon Demographics of the Top 2600 Finishers at the 2018 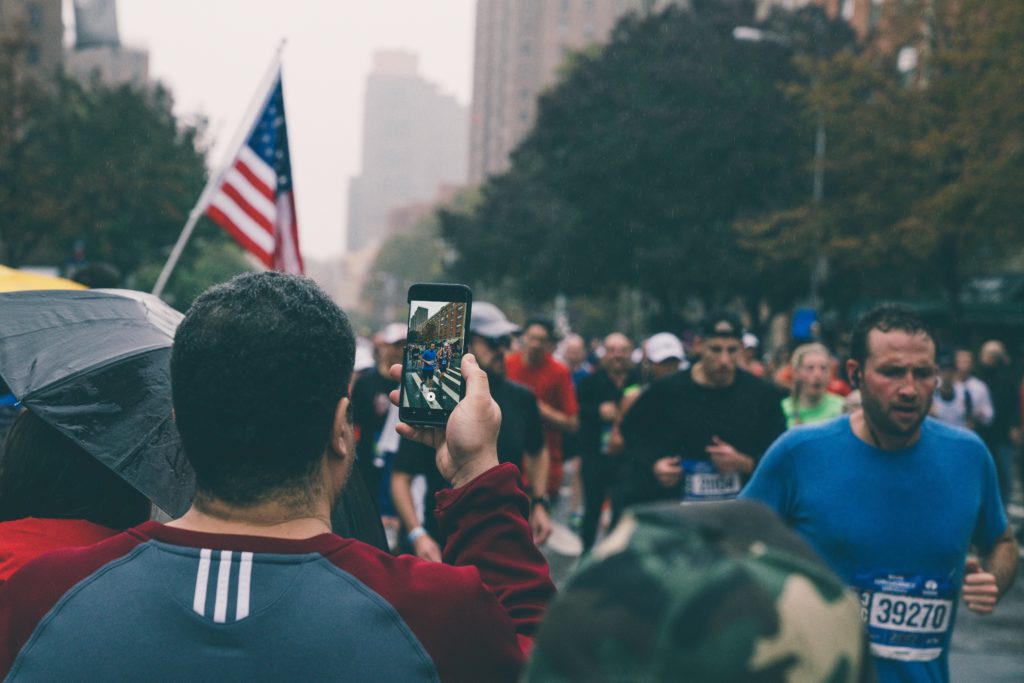 The New York City Marathon is an annual event, which draws hundreds of thousands of marathoners from across the world. It is world’s largest marathon, which courses through all five of New York City’s boroughs (Wikipedia), and is a major event on the city’s calendar. People train for years to participate in it, and the most recent marathon was held in November 2018 and nearly 100,000 people applied to participate, and over 52,000 people finished the race (NYRR website, Wikipedia).

For this project, I scraped the official results for the first 2639 finishers[1] from the marathon’s website, and analyzed the demographics of this group to understand the trends and patterns. The results provide information for each finisher on the following:

I extracted all the information provided, except the results on pace.

I used the Python package Selenium to scrape the information from the website. This was a more appropriate choice than Scrapy, since the webpage has infinite scrolling, and the button to show more records needs to be clicked repeatedly in order to load new records to the page. All data manipulation was done using Pandas, and all graphs were generated using Seaborn and Matplotlib.

Some amount of data cleaning was inevitable, since the country of origin information for US runners also included their city and state. For all other participants, the country of origin was provided as a three-letter country code such as ITA (for Italy), GBR (for Great Britain), ETH (for Ethiopia) etc.[2] I therefore changed all fields that had a length greater than three to ‘USA’. Any duplicates that were included in the dataset after the scraping process was completed were also removed. There were no missing values in this dataset, and therefore did not need to be handled.

I also selected subsamples for the top 50, top 25, top 10 and top 5 finishers to understand the demographics of this elite group of finishers.  Other variables such as the total time in hours (called ‘duration’ in this analysis), taken by each runner to complete the race, were created as needed by combining and recoding the variables that were scraped.

People from 71 different countries finished the race in the top 2,600. The finishers ranged in age from 18 to 63, while the median age was 37 years. The United States had the largest group of finishers in this category with 1,154 finishers (Fig. 1), reflecting the fact that it had the largest group of participants in the race to begin with – the marathon’s website indicates that there were 28,310 Americans who ran the marathon and finished it.

There were fewer than 300 women among the top 2600 finishers (Fig. 9). While the proportions of women runners varied by country, Lithuania and Belarus had the highest percent women in the top 2600 (100%) (Fig. 10). However, since this was due to the overall low number of participants from these two countries, it is also important to examine the numbers of women finishers by country. This shows that the US had the highest number of finishers among women (188), followed by Great Britain with 10 women (Fig. 11 and 12).

Questions for the future:

The results and trends presented in this post only skim the surface of the trends that could potentially be uncovered by analyzing the data from the NYC Marathon. Since data are also available for previous years, it would be interesting to examine trends over time along various dimensions, but especially for women’s participation in the marathon, the numbers of women who finished in the top 2600, and changes, if any, in the median time taken for completing the marathon.

[1] The first 2639 finishers were selected purely for convenience since scraping the results for all 52,000 finishers would have been a time-intensive process.

[2] Since the three-letter country codes used by the organizers of the NYC Marathon are identical to the ones used by the Olympics Federation, they can be looked up online in the event of any ambiguity.

View all posts by Aparna Sundaram >

Gregory Lepore October 18, 2019
Any chance you could post your Python code for scraping the results? I would like to use the code to help extract runners from our local running club who run New York.