Are the Kids Alright? Trends in Teen Risk Behavior in NYC

Brandy Freitas
Contributed by Brandy Freitas as part of the Spring 2017 NYC Data Science Academy 12-Week Data Science Bootcamp. This post is based on the first class project, due Week 3 - Exploratory Visualization & Shiny. A link to the Shiny App is here: Youth Risk Behavior Survey App.

Take a second to think about a teenager in your community, your borough, your neighborhood. Think about who they are, what they look like, what is happening in their life.
Take another second to think about how much power we, as voting adults, advertisers, policy makers, have over an entire population with its own culture, norms, issues and struggles. We make the policies and decisions that allocate resources like time, money, and education for them. Often, adults have a notion that “we know best” how to help our youth, but I wonder: do we really know what’s going on with them? Are we in touch with the reality of the youth experience in our community?
I was drawn to a particular study, the Youth Risk Behavior Survey (YRBS), conducted by the Center for Dise

ase Control (CDC) since the 1990’s. The survey itself looks at eating habits, exposure to violence, sex, drugs, physical activity, and many more variables related to the physical and emotional health of youth. It offers a longitudinal view of the well-being of teens from across the country, in both rural and urban settings, and was designed to determine the prevalence of health behaviors, assess whether they increase, decrease, or stay the same over time, and examine their co-occurrence. The CDC adds questions over the years in response to technological advancements and trends, as well, such as questions about texting while driving and cyber bullying.

I downloaded the combined YRBS dataset in the available ASCII format from the CDC's website, and converted to .csv file using an SPSS script and IBM's SPSS software package. Since my questions were framed around understanding my local youth, for whom my voting patterns and preconceptions probably matter most, I wanted to work with data on teens from the five New York City boroughs.
Using R, I filtered the data based on location, variables that I was interested studying (based on question type), and cleaned them up to remove missing values in key variable columns (grade, age, sex, etc) that were required for my analysis. Originally, the file contained 320K rows with 210 variables, and was reduced to 64K rows and 27 variables. I also recoded the data to make it easier to understand, as most of the variables included were coded for simplicity (ie, 1 = Female, 2 = Male), which was difficult to manipulate and interpret. I used ggplot2, Leaflet, plotly, and the Shiny Dashboard to visualize the data. A sample of the data manipulated in R is below:

The CDC weights the data to make them representative of the population of students from which the sample was drawn. Generally, these adjustments are made by applying a weight based on student sex, grade, and race, so that researchers accessing the data are able to use it as is without worrying about selection bias. Borough data were from seven surveys over twelve years (the odd years from 2003-2015), and there were about two- to three-thousand respondents from each borough per year.
I narrowed my focus down to obesity—which the CDC determines based on height, weight, age and gender—illegal drug use, and suicidal ideation. I was interested in studying differences in gender, borough, grade level, and the effects over time.

My app is designed to offer a visual representation of some of the data from the YRBS, and to encourage the user to interact with the findings.

The landing page of the app is a Leaflet map of the NYC region, with markers for each borough showing the racial breakdown of the teens going to school there. I wanted to allow the user to be able to explore the demographics of the region, and draw their own inferences about variations between the teen population and the Census-reported overall population. 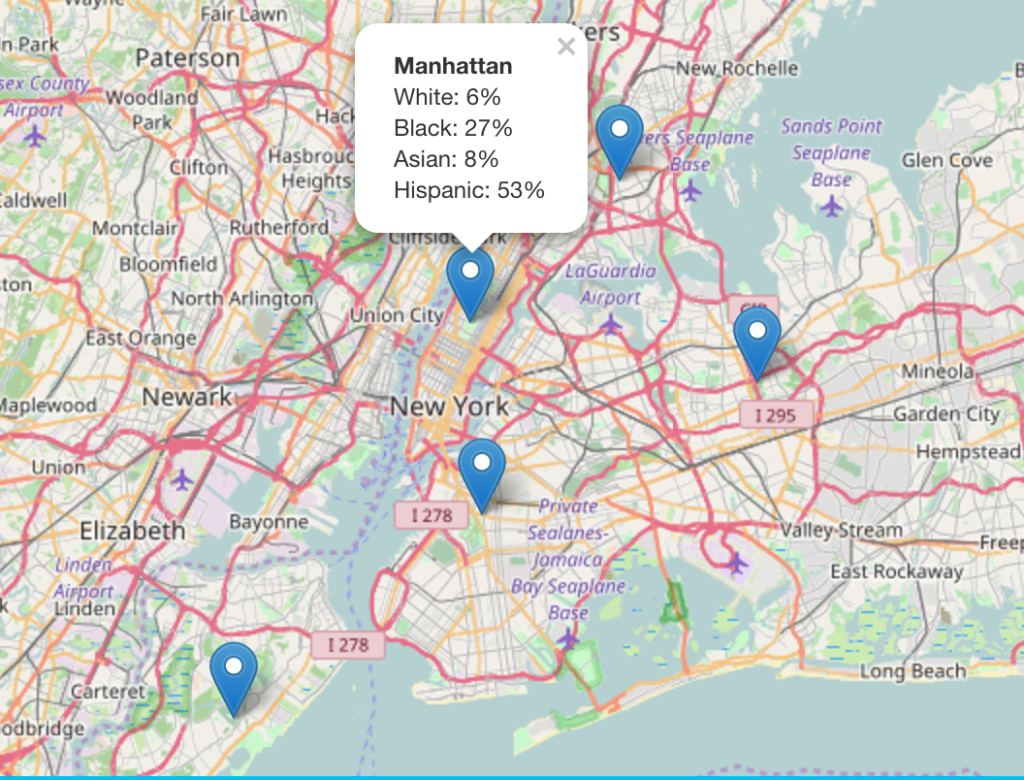 For instance, the racial makeup of the students in public and private schools in Manhattan is not representative of the resident population. 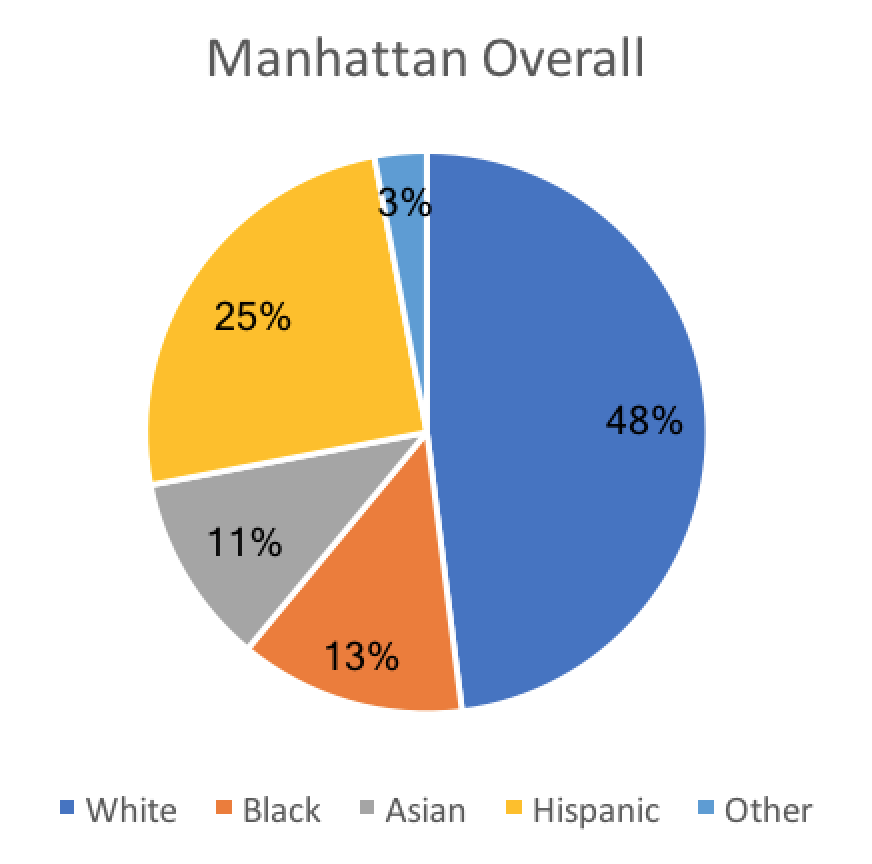 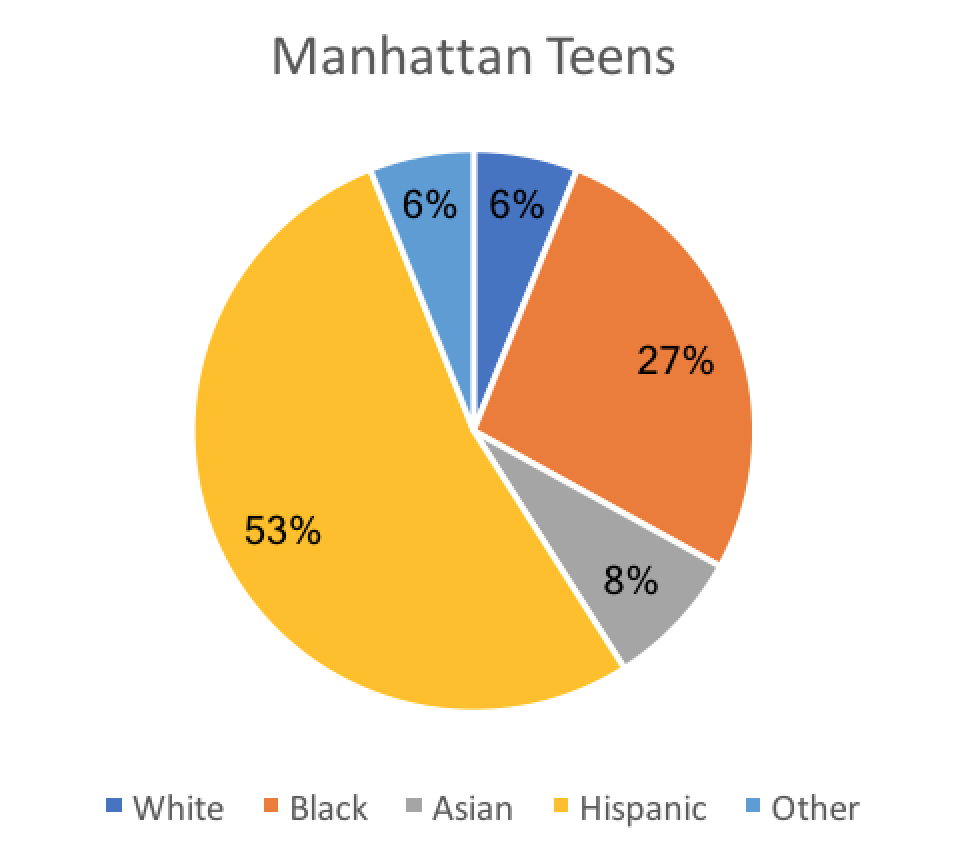 Does this distribution of teen demographics reflect a changing trend in the resident population of the five boroughs? What are the social and political implications of this kind of population disparity?

The purportedly worsening drug habits of urban youth have often been the subject of crime dramas, early morning news shows, and impassioned political speeches. We have also heard that things like legalization of marijuana in the US will increase the usage of marijuana among youths due to a shifting perspective of morality. I wondered, though, whether teens really are consuming more illegal drugs.
In this tab of the app, we can see the drug use over time of particular illegal drugs, grouped by borough. Below we see the trends in marijuana use over time: 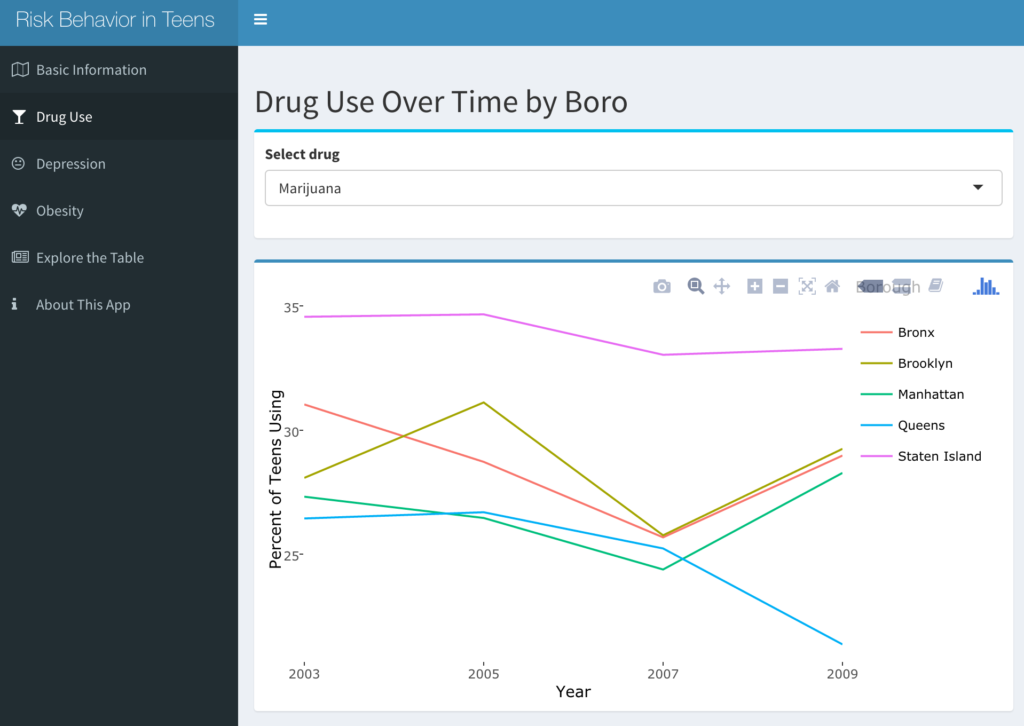 For the drugs that I looked at (Cocaine, Methamphetamines, Heroin, Ecstasy, Marijuana), you can see that there is a downward trend in many of the boroughs, and that the overall percent of students reporting using Ecstasy, Methamphetamines, and Heroin is very low. Digging deeper, I wonder: could we elucidate whether there is a correlation between drug use and sexual promiscuity (which is surveyed by the CDC as well), or between drug use and measures of depression?
As a side note (or, in the ever-popular research science vernacular: 'Data Not Shown’), during an initial look at racial differences in the data, I found that Asian teens were very unlikely to report having used drugs, while white teens typically reported the highest levels of trying illegal drugs. This is particularly interesting give than Staten Island, with the highest percentage of white teens of all of the boroughs, consistently has the highest drug use reported. I am, however, hesitant to place any significance on these findings until I understand more about reporting differences between populations.

The National Suicide Prevention Resource Center estimates that 3.7% of the US's Adult Population have suicidal thoughts, and 0.5% attempt suicide every year. If we look at the percentages among these populations (which is a percentage of students with either suicidal thoughts or actual attempts), though, you can see that they are significantly higher than that of the adult population.
The user can explore many questions in this tab: Is depression in males increasing over time? Which boroughs tend to have higher depression rates? How has mental health trended over the year, and what might cause this? 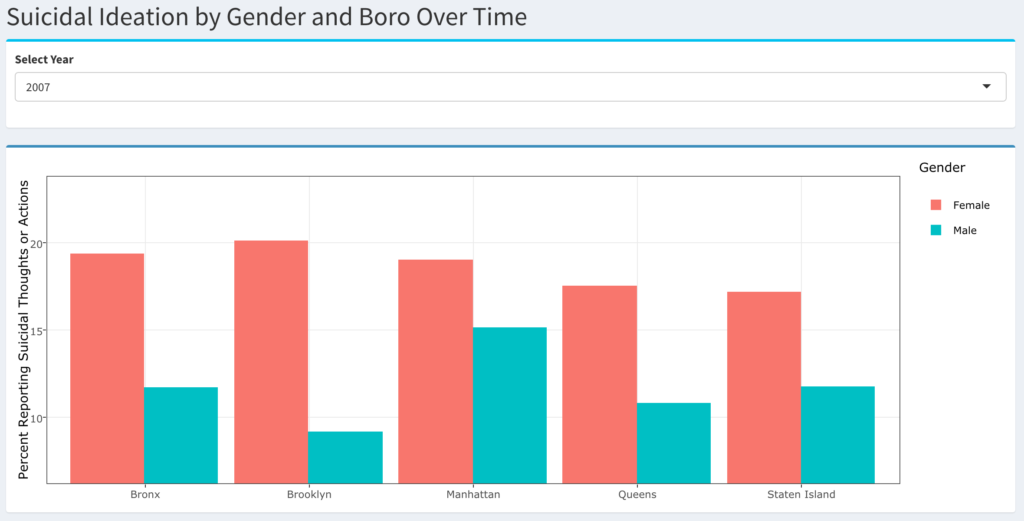 For perspective on mental health aid available to teens in NYC, there are 231K high school students in NYC with over 200 high schools in the Bronx alone. However, according to the NYC Department of Education, there are only 200 Mental Health Clinics available in schools in all five boroughs.
A lot of questions came up for me from this, particularly from a policy standpoint. The CDC has been mainly focused, both programmatically and fundi 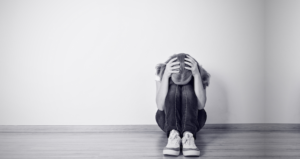 ng-based, on HIV, STD, and pregnancy prevention efforts in the nation's schools. Based on this depression and mental health data, I wonder: Is this focus justified? Are mental health issues, which still appear to be under-funded and stigmatized, the basis of some of these risk behaviors?
Further questions that I would like to study from this dataset: Are the teens from boroughs that have a lower median income or a high report of violence more prone to depression? Do students who are overweight or obese, or students who identify as LGBTQ, show more signs of suicidal ideation? Does bullying contribute?

For the US Teen population, 5th to 85th percentiles are considered normal weight and lie in the range 17-25. Under 17 is underweight, and over 30 is obese. I wanted to first focus in on this normal range, and designed my chart to present the user with the biologically more interesting section of the data. I wanted to draw attention first to the mass of the distribution, and the median of each group.
Take the Queens in 2015 here for example:

A quick guide to reading this box plot using the highlighted BMI:
Which means that about 25% of the students in Queens in 11th grade are overweight. If you look across the grade levels, you can see that there is an increase in the median consistently throughout high school. Are students getting heavier as they advance in grade level? What is causing this?
I also wanted to make sure that the user was able to interact with the data by being able to view the full range and whiskers. To get a perspective on the data’s distribution, we can zoom out to see which way the data sways. Unfortunately, you can see that it leans toward obese:

This portion of the study brought up many avenues for further study. Which populations are most at risk (by race, gender, or some other factor), and can we identify them using the data here? For boroughs with better BMI stats (like Manhattan and Staten Island), what are they doing well, and could this be replicated in other areas? Regarding current policy trends, now that large urban centers are shifting away from the 'free and reduced lunch' model to the 'universal free lunch' model, will we see a shift in this, either in a positive or negative way? Could we make provided school lunches more nutritious? What could be done to improve education on weight and exercise in schools?

This study offers an interesting snapshot of the mental and physical health of a very vulnerable portion of our society, and I am looking forward to digging deeper into the data to find more coincident variables and health outcomes. It is my strong suggestion, though, that the CDC offer zipped .csv files on their website, so that data enthusiasts would be more likely to access and analyze this study.

View all posts by Brandy Freitas >

Are the Kids Alright? Trends in Teen Risk Behavior in NYC | A bunch of data April 29, 2017
[…] article was first published on R – NYC Data Science Academy Blog, and kindly contributed to R-bloggers) Contributed by Brandy Freitas as part of the Spring 2017 […]

Are the Kids Alright? Trends in Teen Risk Behavior in NYC – Mubashir Qasim April 29, 2017
[…] article was first published on R – NYC Data Science Academy Blog, and kindly contributed to R-bloggers) Contributed by Brandy Freitas as part of the Spring 2017 […]