Data Analysis on the Progress of Preventing Wildfires

A wildfire is an uncontrolled fire that burns in forests, grasslands, savannas, and other ecosystems, they are not limited to a particular continent or environment. Some plants germinate from wildfires, while old growth forests are burned to make way for new growth. Wildfires are inevitable and a natural part of our environment, however data shows the frequency of destructive wildfires have been incinerating vast acres of woodlands, and destroying entire communities in the United States.

The Western United States in particular has succumbed to some of the most vicious wildfires in recorded history. Many attribute this to climate change, as it's exacerbating nearly all types of natural disasters. As weather patterns become more abnormal, the impact of raging wildfires on the environment and on human lives will only become more severe. Particularly, drier summers lead to soil moisture depletion, which dries out trees and vegetation, making them more prone to combusting. Drought is one of the main contributing factors to the increase in wildfire severity.

In this exploratory analysis, I want to look at how the US has been trying to combat these natural disasters, and if our time, money and effort to stop wildfires has been effective, while raising more questions in the process of uncovering potential truths. This project focuses on the United States as a whole, but Western states like Oregon, Washington, California, Nevada and Idaho are ones to keep in mind, as they've been the most impacted by wildfires.

Surprisingly enough, it is tough to get direct government sources of data for wildfires, I got most of my data from this website. Originally I wanted to incorporate drought and precipitation data to make a case that climate change was a major catalyst for the increase in destructive wildfires. However, I struggled to get accurate and accessible data for drought and precipitation in Western States. Because of this, I could not accurately support the claim, thus, I used suppression costs, prescribed burns, acres burned and amount of fires in order to create a story that uncovers the dire situation the United States is in.

Data on Our Depressing Reality

More acres of woodlands in the United States have been burned than ever before. This is a worrying trend, as data indicates destruction will only get worse. We can see just in the last 20 years how many more millions of acres have been burned by wildfires. 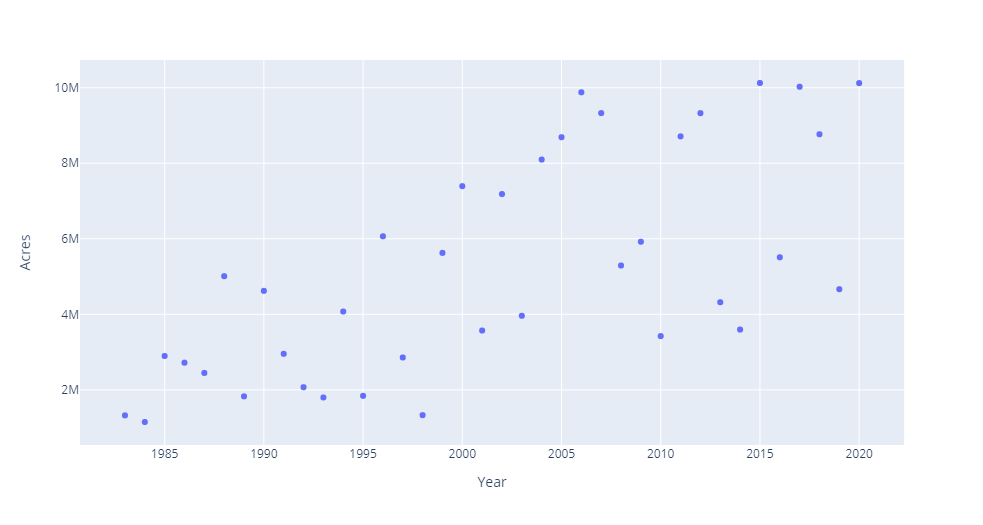 The amount of fires in the US has decreased since 2007, however as we just discussed, the destructiveness of the fires have been getting worse. This means new fires cannot be formed, either naturally or unnaturally, because already raging fires are so big and destructive they don't allow smaller fires to light. 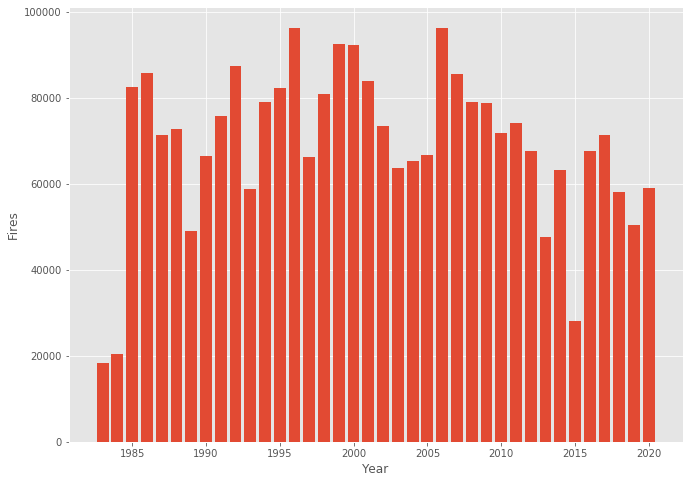 This line graph shows the steady increase in government money put towards suppressing wildfires across the US. The highest number being 3.14 billion USD in 2019. Many experts conclude that America's suppression techniques actually make fires worse, leading to the accumulation of dry, dead fuels which increase the likelihood of destructive fires.  There is a mounting economic toll from spending billions each year to fight an increasingly worse problem. 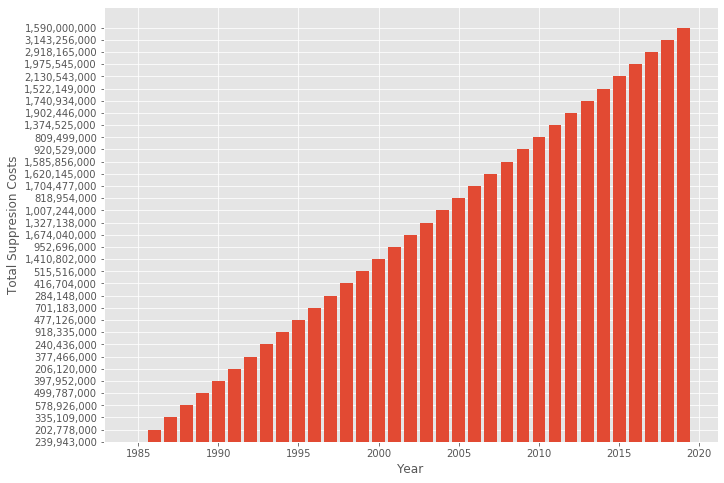 Aggressive prescribed burning throughout the United States has increased in 2017, these controlled burns have long been used by cultures around the globe to control and contain wildfires. Despite the increase in prescribed burning, combined with suppression funding, the US has faced the most severe wildfires it has ever seen in 2020 and 2021. 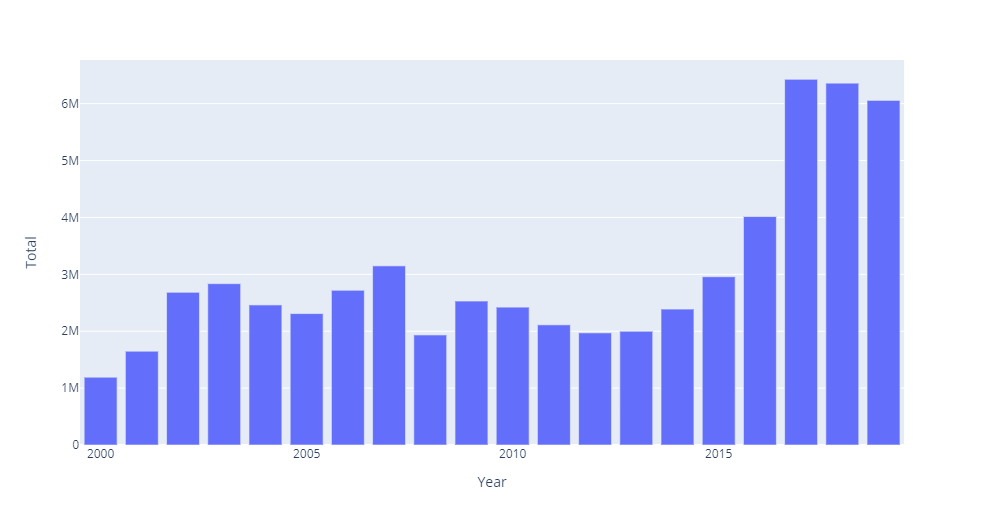 Does Rising Temperature Play a Role?

Many attribute the rise in temperature to the worsening of natural disasters, and wildfires are certainly not excluded from this notion. As the average temperature in the United States continues to rise each year, as hotter and dryer conditions create the perfect scenario for conflagration, what can be done to stem wildfires? Keep in mind that wildfires spread through high wind, low humidity, and dry conditions. 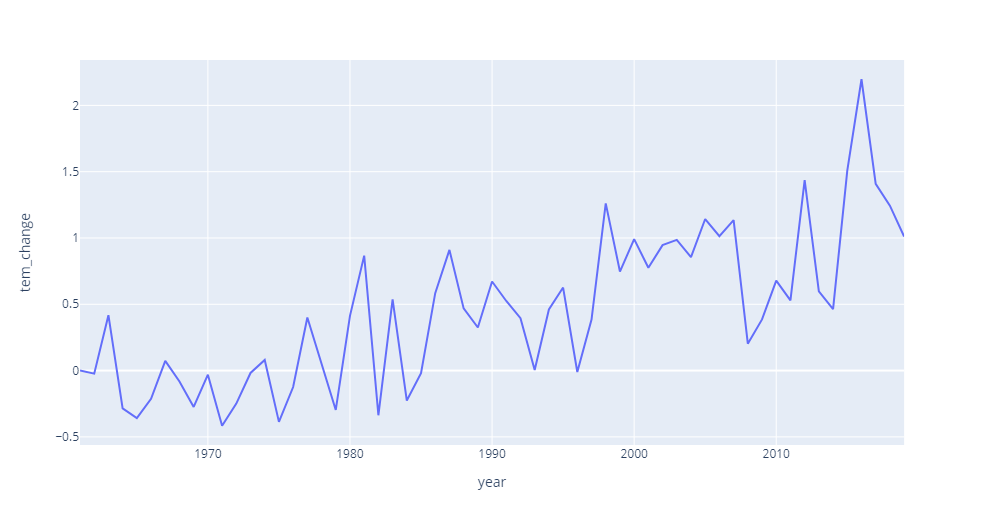 Our prescribed burns and suppression costs have not offset the amount of destruction being caused by wildfires. Despite more money and resources being spent, despite more preventative prescribed burns being lit to stem the spread and growth of potential and existing fires, the United States is facing one of its greatest natural disaster challenges of the 21st century. Therefore, there must be another reason why wildfires in the West have become so severe.

Looking at this troubling data, it would seem as the West grows in population, that state and federal officials would put more effort and public attention towards these disastrous events. Entire communities in Oregon, Washington, and California have been completely wiped off the map, leaving a deep economic and human loss to these states.

Although this project is just a start, I would like to add more to this analysis. Finding concise drought and precipitation data will support a claim that changing climate has a dramatic effect on the increase of these destructive events. Furthermore, it will allow me to conclude that it isn't just human mismanagement of forests and wasted resources on fighting wildfires, that it's human caused climate change from the increase in greenhouse gases and other environmental pollutants that plays the most significant role.