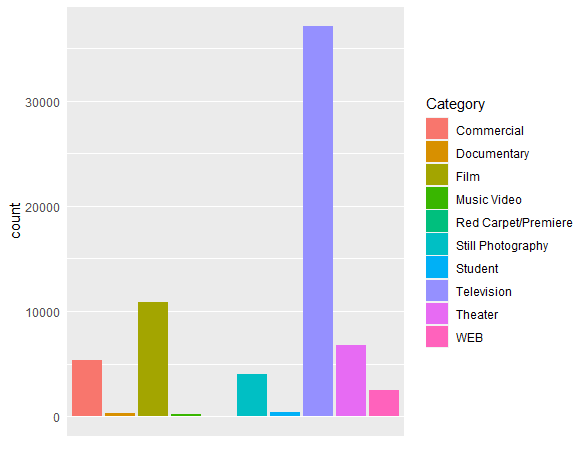 For my R Shiny Exploratory Data Analysis project, I chose to analyze NYC Film Permit data from 2015 -2021 to investigate trends in film category types by location and year, and how the pandemic affected film production in 2020. The objective of the analysis was to provide actionable insight to entertainment companies by way of detecting which Categories & Subcategories were still acquiring film permits during these unprecedented times and accessing whether these categories would be a good avenue to pivot into.

With the rise of quarantine restrictions, many of us resort to streaming services to watch our favorite shows and films. My personal expectation of this analysis project was that since people are consuming media more than ever, there must be an increase in film permit acquisitions. An additional expectation was that not only would there be a rise in television and film permit acquisitions, but also web series as well. However, the outcomes demonstrated by the data showed my hypothesis was wrong.. 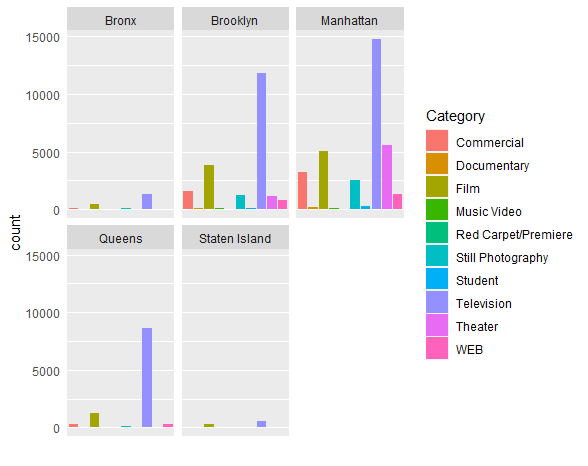 About the Data – Conclusion

The data collected for this project was from NYC Open Data. Although film permit data was used to determine what Category / Subcategory of the Entertainment Industry in NYC would be best to pivot into, there are many other factors to consider when making such a decision overall. The dataset used contained many more variables that were not explored, which may provide even more of an insight into where the industry is moving. With this being said, it was a pleasure to work on a project that aligned with my media and performance background, and I am eager to continue building this project and refining my data points.

Each graph involves restructuring the dataset in R, and incorporating it into Shiny- a web framework in R. You can see the code here.

For comments, questions, or suggestions, please feel welcome to send me an e-mail.

Moving Forward I plan to: