The earth is currently experiencing its 6th mass extinction. There are over 1,300 endangered animals today. During the past five, ninety-nine percent of all species that have ever lived have gone extinct. (Cho) Now, the loss of species is estimated at 100 to 1,000 times faster than the background rate of extinction and future predictions are even higher. (De Vos et al. , Lamkin et al.) This crisis can be linked to climate change, land use change, invasive species introduction, pollution, and resource exploitation. (Bleau)

The Endangered Species Act (ESA) was passed in 1973 to prevent the further loss of species. The ESA is administered by two agencies, the Fish and Wildlife Service (FWS) and the National Oceanic and Atmospheric Administration (NOAA). The FWS manages land and freshwater species while NOAA is responsible for marine species. (“Summary of the Endangered Species Act.”) Unfortunately, ESA protections and regulations have been weakened due to industrial and economic pressures. (Bleau)

Why Does This Matter?

The natural world is made up of intricate ecological systems that include organisms, the physical environment and the interactions between them. Ecosystems benefit humanity through provisioning, regulating, supporting and cultural services. These services support biodiversity and impact the global economy through: food, timber, biomass fuels, pharmaceuticals and natural fibers. (Daily) Although it is difficult to accurately put a cost on species loss, the global value of ecosystem services was estimated to average between $125 -145 trillion per year in 2011 according to Costanza et al. Humanity’s wellbeing is dependent on the functioning of ecosystems and the survival of countless species. (Daily)

"Extinction, at its current rate, will ensure that financial markets will collapse, which will happen shortly before extinction of the human race, if no urgent action is taken,"

For this project, I will be focusing on the Fish and Wildlife Service's protection of terrestrial and freshwater species. My objective is to highlight the need for additional FWS funding and greater ESA protections. My target audience includes policy makers and the industries affected by this problem.

Here is a link to the GitHub repository.

I obtained data from the Fish and Wildlife Service (FWS) through their data explorer and public reports. This includes the FWS species (including species managed by FWS under the ESA) and recovery plan datasets as well as datasets compiled from the endangered and threatened species expenditure reports from 2017 and 2018. These reports included total spending for ESA protections by the FWS, Other Federal Organizations, States, and combined total funding for each species population.

Using the FWS Species dataset, I decided to look at the distribution of species by taxonomic group. The dataset included 10,316 rows of species across twenty species groups. Looking at figure 1.0, it is unclear what the total counts are for the least groups. Because the spread among species groups is so uneven, I decided to remove the Flowering Plants group outlier in figure 1.1 and look at just the last five groups in figure 1.2 below. 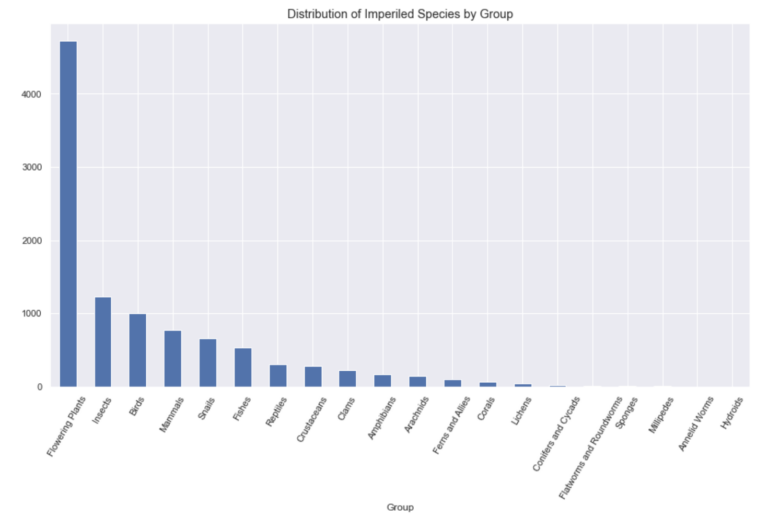 Figure 1.0 Distribution of imperiled species using FWS Species dataset. This includes species that are not currently listed or protected under the ESA. 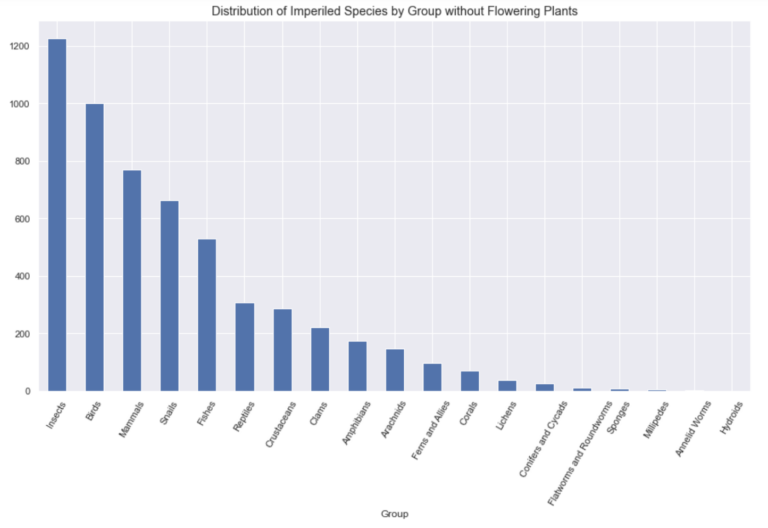 Figure 1.1 Distribution of imperiled species without the Flowering Plants Group. 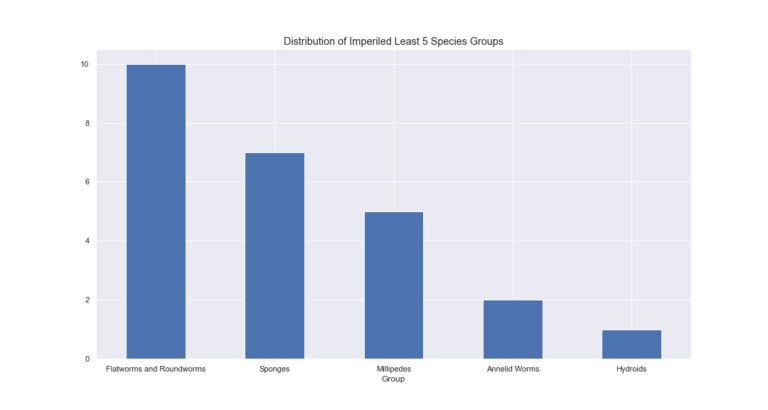 Figure 1.3 shows the distribution of species by status code. The majority of species in this initial dataset are not protected by the ESA (only endangered and threatened statuses qualify).  Table 1.0 includes the corresponding status codes for reference. 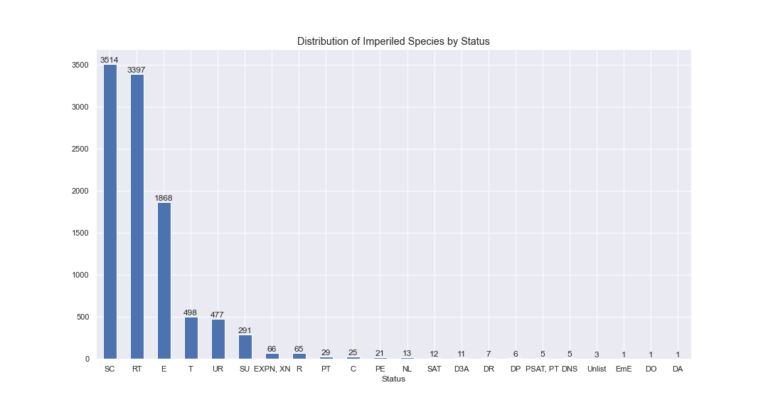 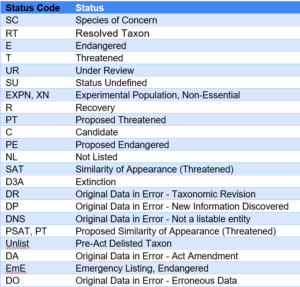 Figure 1.4 includes a bar chart of the species distribution by location. Domestic species accounted for 84.8 percent of the dataset while foreign made up 8.4 percent and the remainder included foreign and domestic species. Using the FWS Recovery Plan dataset, figure 1.5 shows the spread of listed species with recovery plans based on the eight FWS domestic regions. Figure 1.6 illustrates the number of recovery actions combined for each taxonomic group. 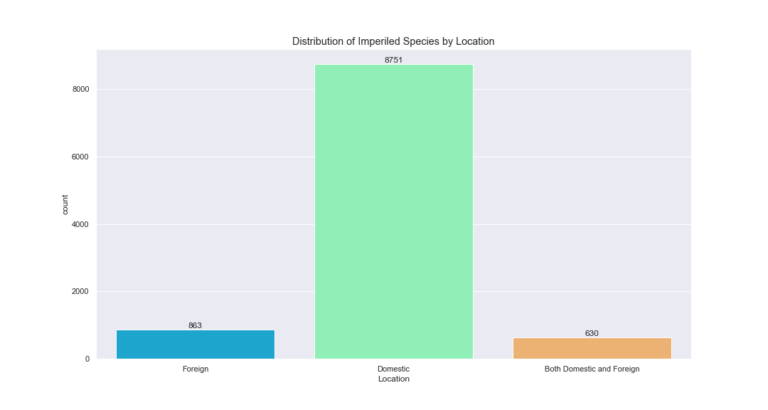 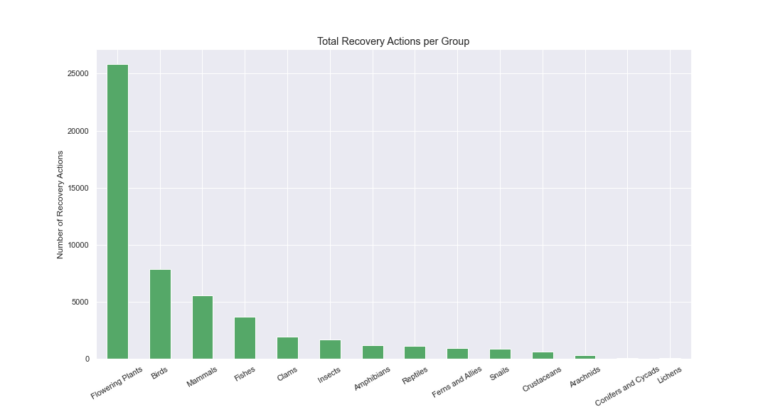 How do the top funded compare to the least funded?

The FWS Endangered and Threatened Species Expenditures Report from fiscal year 2017 and 2018 separates each listing by ESA regulations. Each expense entry can be identified as a species, subspecies, distinct population segment (DPS) or evolutionarily significant unit (ESU). The data does not include expenditures for unlisted species, litigation, salaries, operational costs or land acquisitions. According to the FWS, reporting includes "reasonably identifiable expenditures for the conservation of listed species." 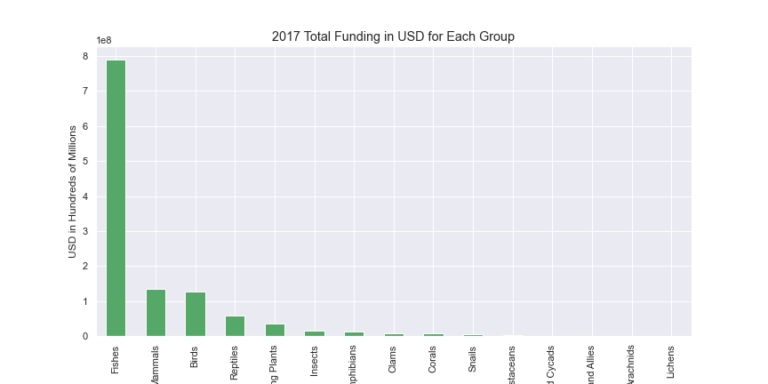 Figure 2.0 Illustrates the Spread of Combined Funding across Species Groups for 2017 in Hundreds of Millions of Dollars.

How does the budget compare from year-to-year?

Figure 2.1 takes a closer look at these top five groups, with 2017 data represented in blue and 2018 data in orange. The top five groups are the same across these fiscal years with the Fishes Group receiving over 65 percent of the total funding (65.8 percent in 2017 and 66.44 percent in 2018).  Although Figure 1.0 showed that the Flowering Plants Group had the highest number of imperiled species, the group takes fifth place both years, accumulating 2.99 percent of funding in 2017  which decreased to 2.47 percent in 2018.

Figure 2.1 represents the Top 5 Funded Species Groups for 2017 and 2018 in Hundreds of Millions of Dollars. 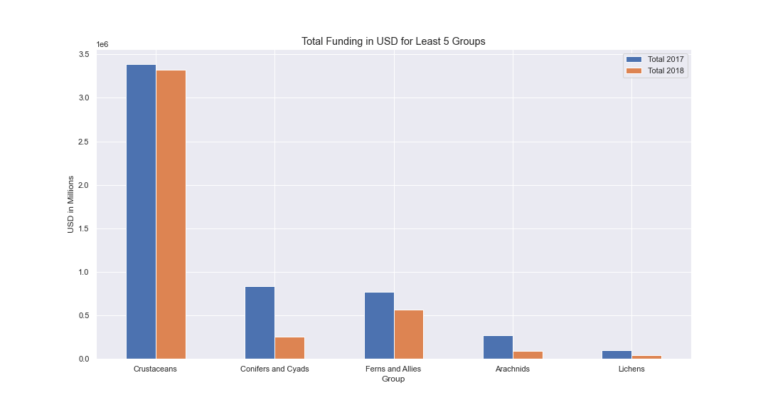 The least-funded groups also appear to be the same during those years. Because of the disparity in funding between groups, funding was not shown on the bar chart. Total funding for these five groups can be seen in figure 2.2, which appears in millions of dollars in contrast to figure 2.0 and 2.1. In 2017, the total funding sum of the least 5 species groups was 5.36 million dollars or 0.45 percent. The Crustaceans Group received 0.28 percent of total funding and the Lichens Group made up only 0.008 percent. Funding for these groups decreased in 2018 to 4.27 million dollars or 0.34 percent.  Crustaceans made up 0.26 percent of total funding and Lichens decreased to 0.003 percent.

Do the top funded have anything in common?

Now that we've seen the combined groups, what about the individual populations? Figure 2.3 and 2.5 show the top fifteen species populations for their respective years. But the fifteen only account for eight species in 2017 and seven species in 2018. Figures 2.4 and 2.6 show the counts of duplicate species listed in the top-funded entries. In figure 2.4, the Chinook Salmon is listed six times, with the Steelhead listed three times. Of the eight species, all but one are in the Fishes Group. The Chinook Salmon is also listed six times in 2018 and the Steelhead listed is four times. Again, all but one population are part of the Fishes Group. 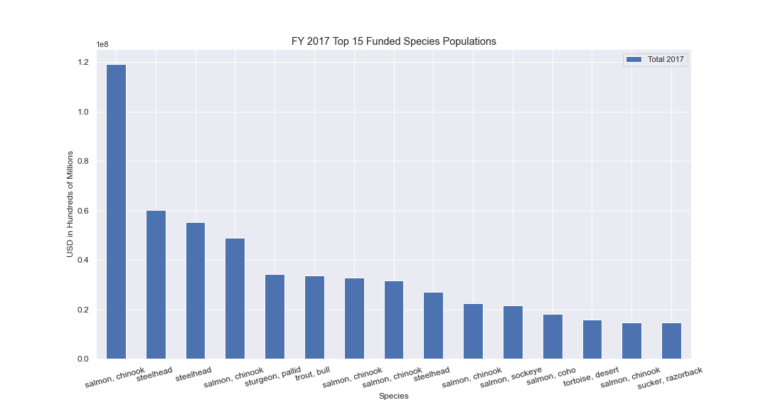 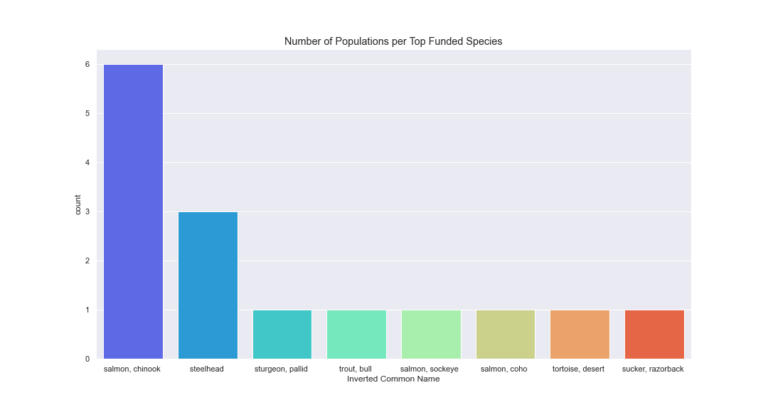 Figure 2.4 Combines the repeated species populations from Figure 2.3 to show the count of species within the figure above. 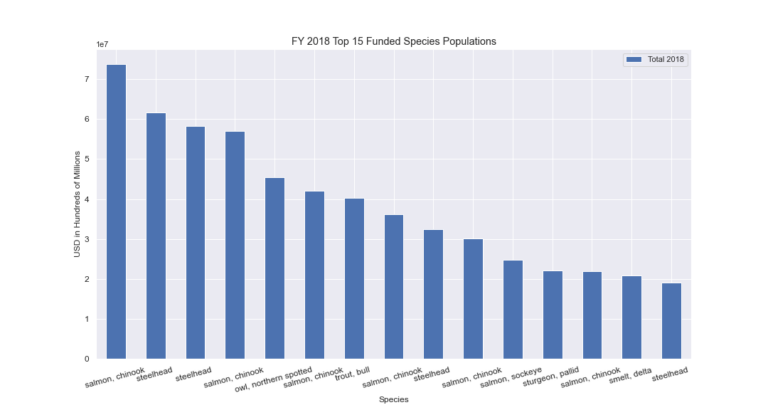 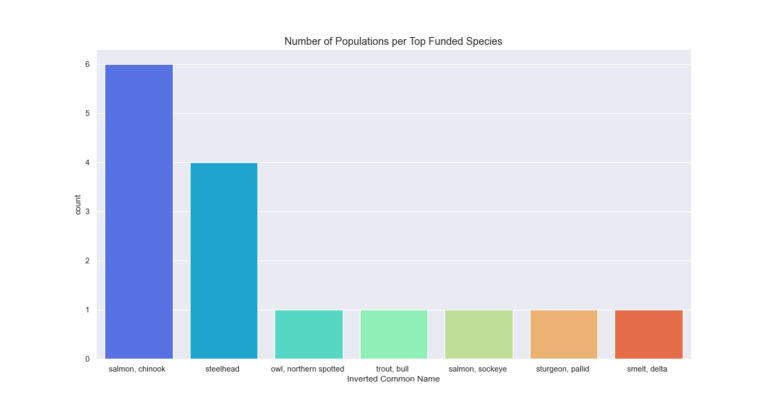 Figure 2.6 Combines the repeated species populations from Figure 2.5 to show the count of species within the figure above.

What Agencies provide the most funding for ESA Species?

The FWS is one of two administering agencies for the ESA and is in charge of protections for terrestrial and freshwater species. And yet, in the most recent public expenditures report the largest funding contribution to endangered and threatened species comes from outside the FWS. 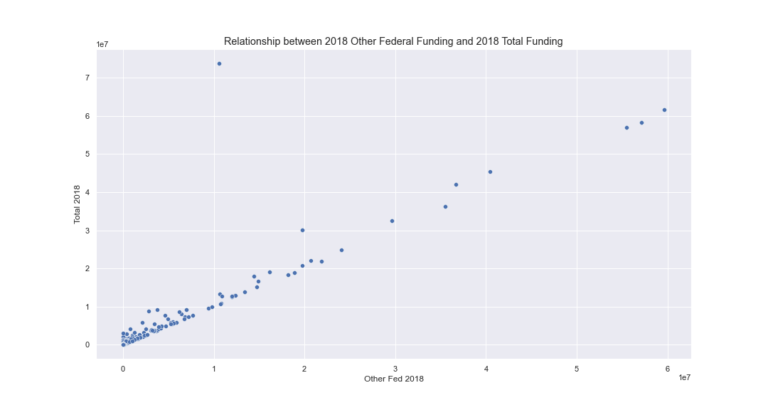 Figure 3.0 Relationship between Other Federal Funding and Total Funding for 2018. Points on the Scatterplot represent each entry for that year. 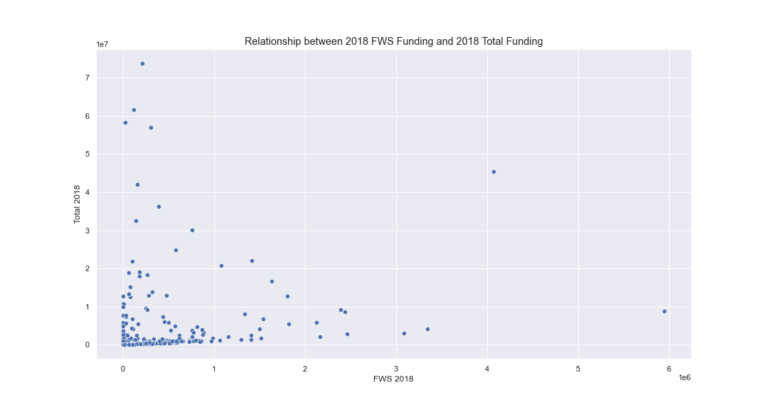 Figure 3.1 Relationship between FWS Funding and Total Funding for 2018. Points on the Scatterplot represent each entry for that year.

During my analysis, I wanted to merge the recovery plan and expenditures data frames to compare the number of recovery actions with funding. Unfortunately, after performing the join, there was not enough data for a meaningful analysis. In the future, I would like to investigate this further and see what error could be causing this.

I would also like to expand the scope of the project to include more expenditures reports and look for trends in the data over time. Additionally, I would like to work with the FWS Data Explorer Petition dataset that includes species petitioned for listing as well as the petition date. This data would require excessive cleaning because the formatting of the document has changed over time.

I have a background in Sustainability and Natural Resources Management and have experience working in conservation research with government and non-government organizations. I am currently a student at the NYC Data Science Academy and am interested in gaining...
View all posts by Sarah Adams >