Jones Inc. is a hypothetical real estate agency/development company that wants a model to predict housing prices in Ames, Iowa so they know what they can ask for before putting a house on the market. The data used is: House Prices: Advanced Regression Techniques from Kaggle.

The model I built predicts, but also provides information about factors driving price.

Kitchen quality is important. If a house was built in 1950 and the kitchen was never redone. It is probably worth it to do that before putting the house on the market.

I am going to walk you through the process that I went through to build the model for this company.

Outliers in the data

The first thing I did was remove outliers from the data because they can lead to seriously distorted linear models.

A point on the lower left of the graph below where the sale price is extremely low was removed as were the two points on the extreme right  where above ground living area is above 4,000. 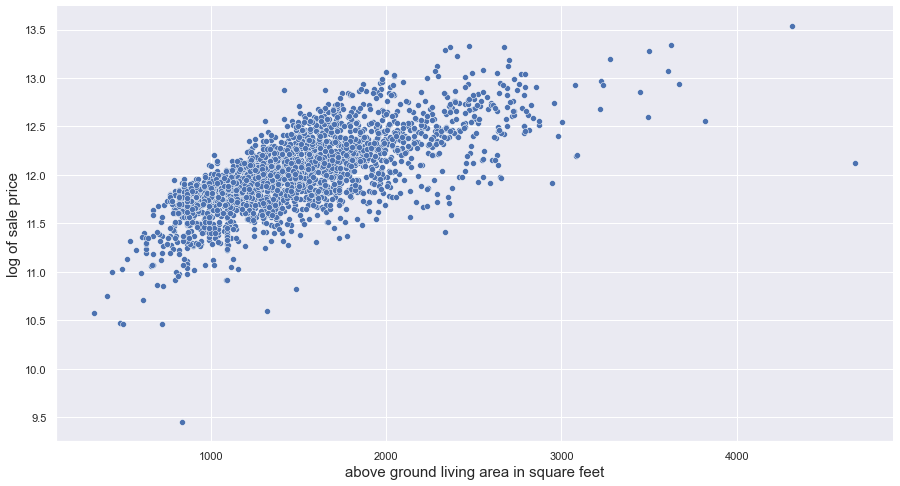 Four points on the right of the graph below where lot area is extremely high were excluded. 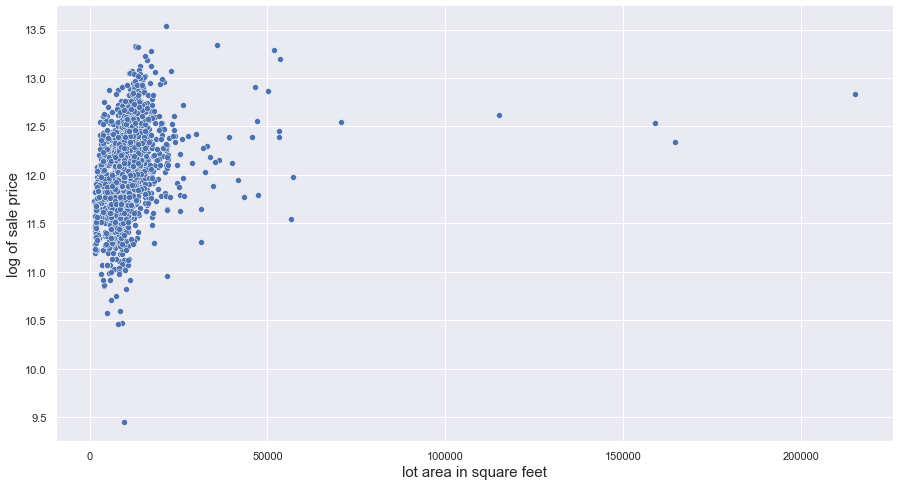 The point on the extreme right of the graph below where lot frontage is above 300 was removed. 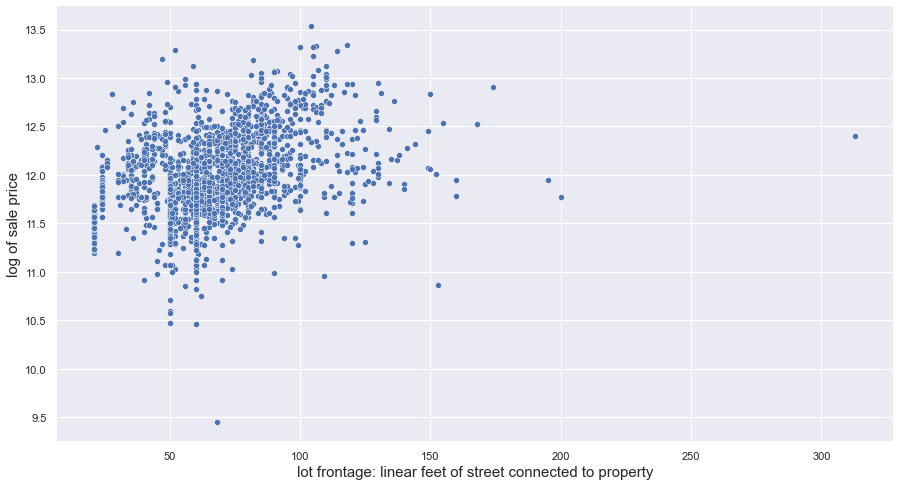 Properties not zoned as residential were excluded.

Log of sale price was used in stead of the actual price because doing so makes it more closely resemble a normal distribution.  If the price is normally distributed, the residuals are more likely to be normally distributed which is a key assumption of linear regression.

This a histogram of sale price: 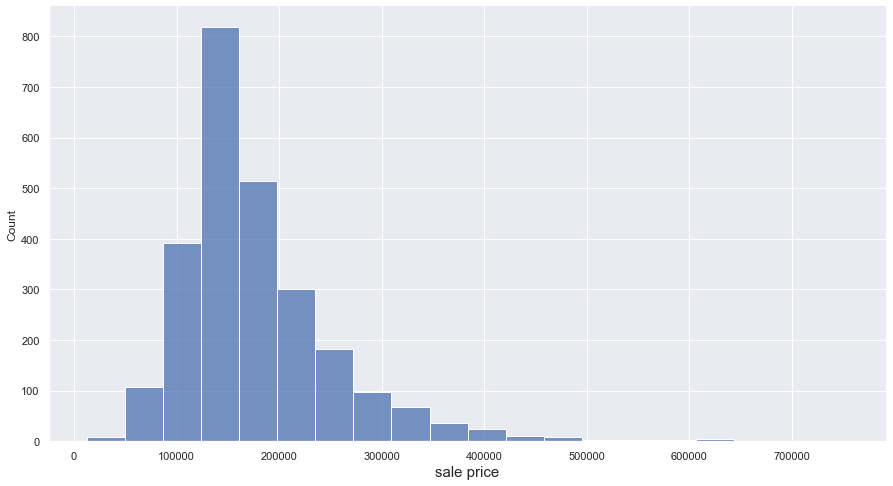 This is a histogram of the log of sale price.  This distribution more closely resembles a normal distribution. 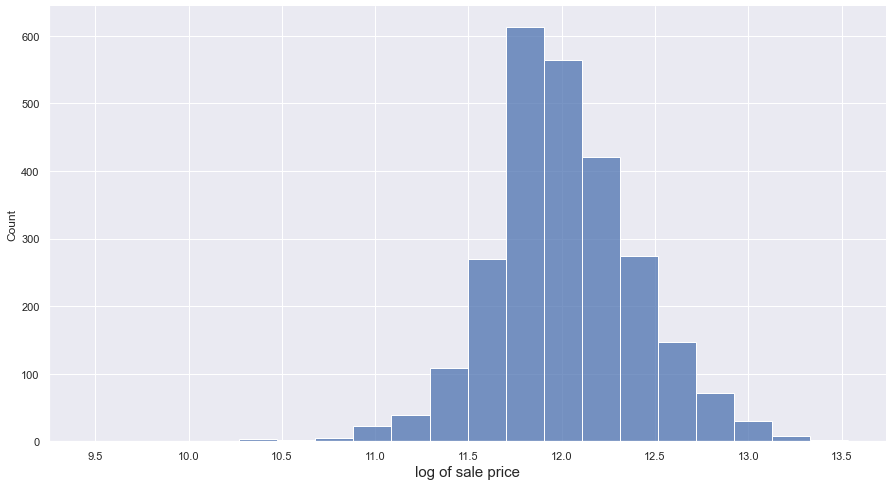 I imputed all of the area and bathroom features were imputed with zero because most likely the house just doesn't have that feature. For example, where basement square footage is missing, the house probably just doesn’t have a basement.

These features were imputed with zero:

GarageYrBlt, was imputed with the year that the house was built because there is a good chance that the garage was built at the same time. 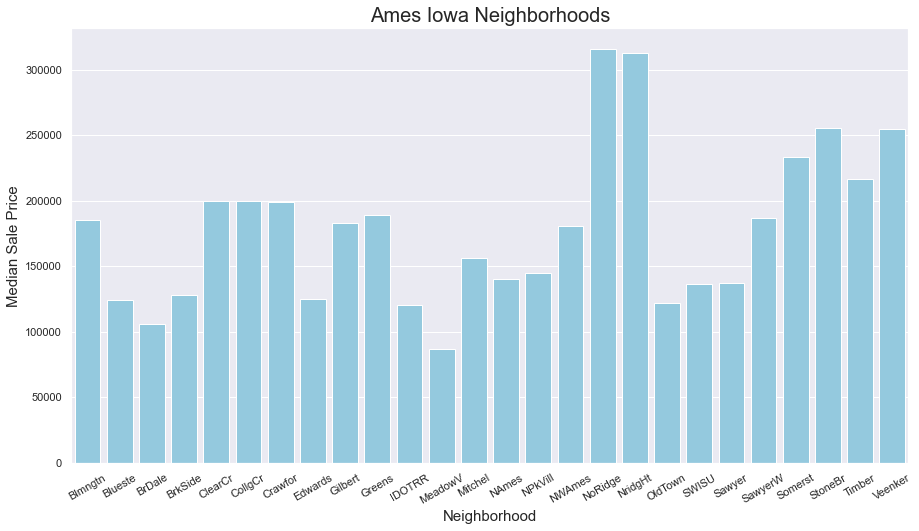 Neighborhoods were grouped together based on median sale price. 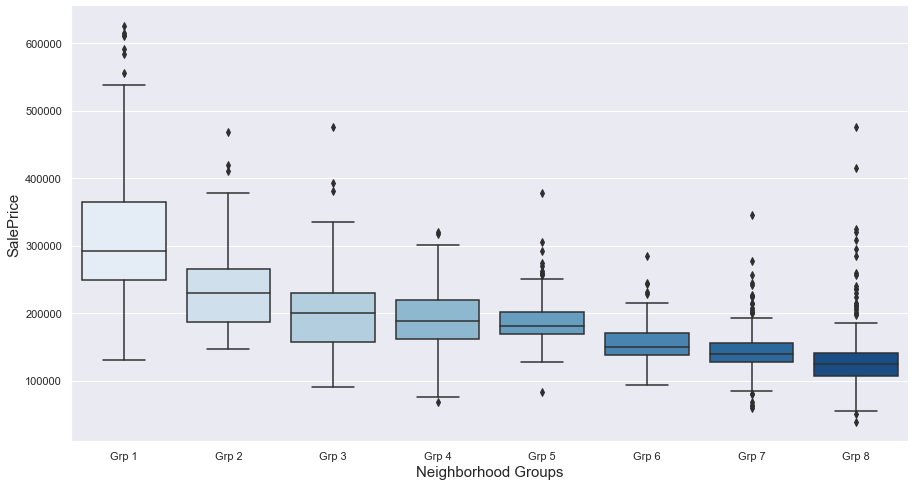 I examined features that intuitively could be correlated, particularly the square footage and area predictors.

The following features had variance inflation factors greater than five:

The variance inflation factor doesn’t indicate what is correlated with what.  So, I looked at  a correlations matrix.

I consider a correlation of 0.4 or above to be high. 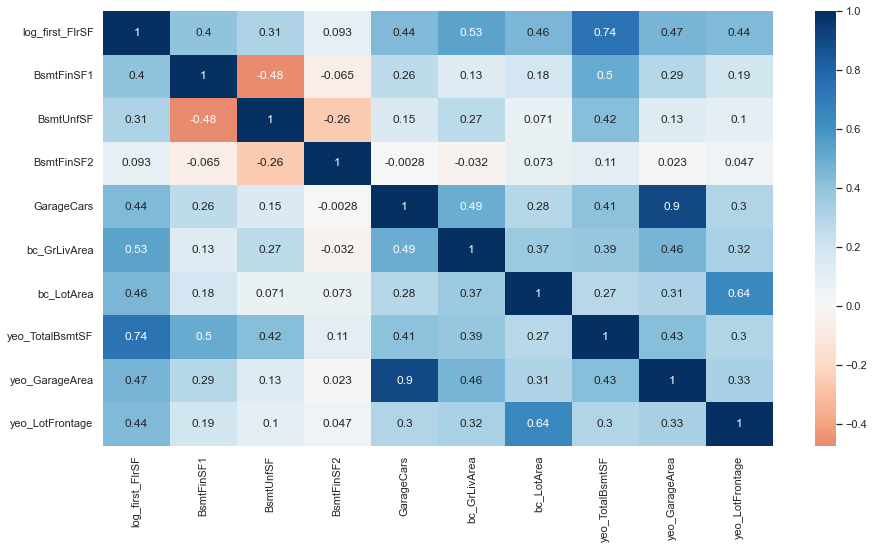 Of the features highly correlated with one another, I kept the ones with the highest correlation with log price.

Out of all the features in the correlations matrix I kept these three:

All features were standardized.

All categorical features were label encoded.

For Random Forest, depth curves using 500 trees were used to get a sense of what range of hyper parameters to try.

For Gradient Boosting,  R-squared curves at different depths were used to determine what depths and learning rates to try as well as the number of trees. 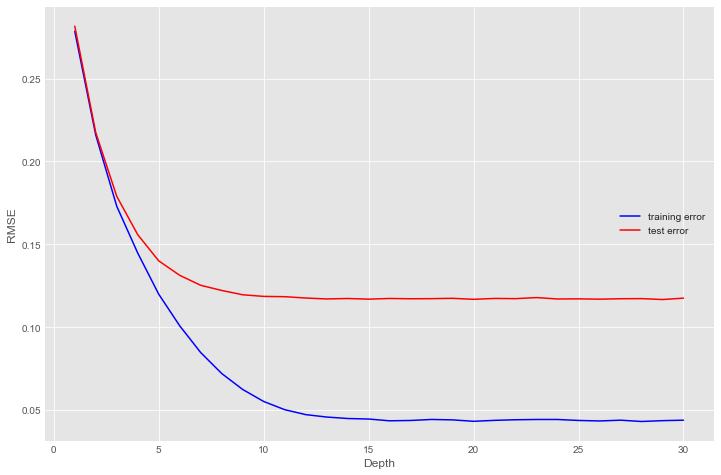 For a depth of three, the curves are almost all at a right angle suggesting that there’s probably overfitting. 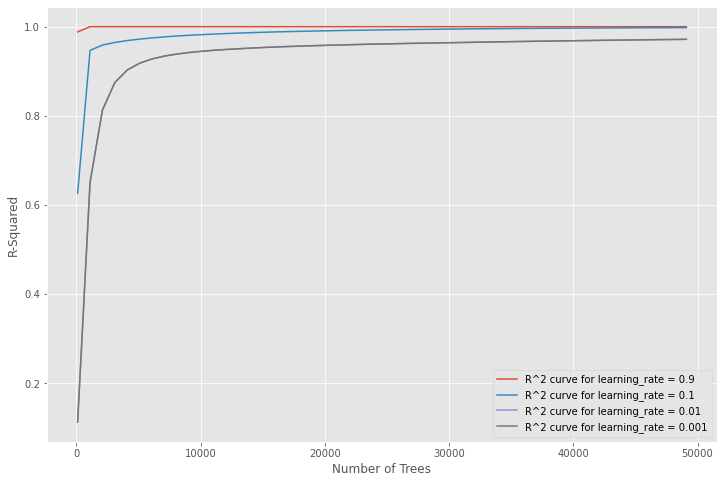 For a depth of two things look different. Not all curves look like there may be overfitting. 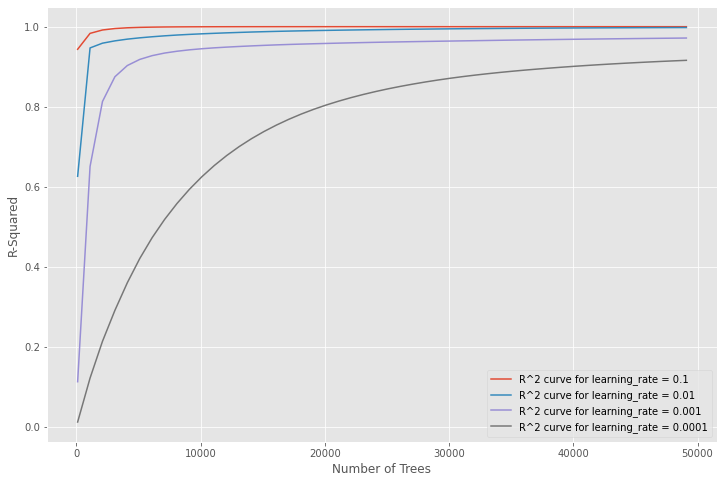 Based on the curves above, maximum depths for one and two, a tree range starting at 10,000, and three different learning rates were tried. The stumps worked best with 25,000 trees and a learning rate of 0.01.

Elastic Net is the  best model. Of the three linear models, it has the smallest root mean squared error, the smallest variance, and the smallest number of features.

The root mean squared error of the gradient boosting model is smaller than that of Elastic Net, but the variance is much higher.

In terms of dollars, the variance of Elastic Net is in the hundreds of dollars whereas with Gradient Boosting, it’s a few thousand.

The underlying relationship is most likely linear given the number of continuous features highly correlated with price. 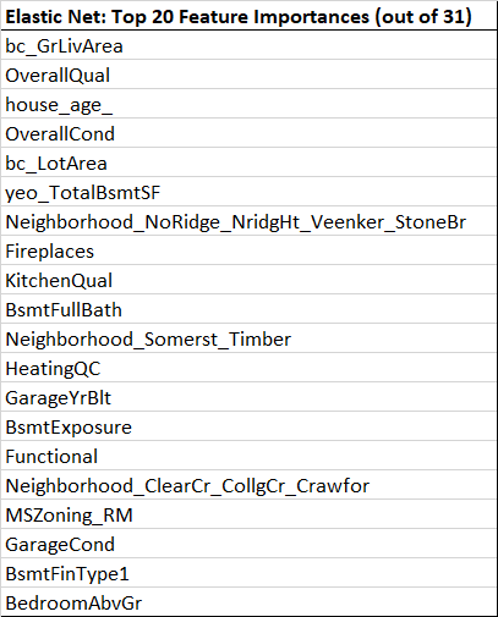 Similar predictors had the higher feature importances for the tree models.

Given more time these steps would be taken