The most important task for any lender is to predict the probability of default for a borrower. An accurate prediction can help in balancing risk and return for the lender; charging higher rates for higher risks, or even denying the loan when required.

This helps genuine borrowers also as they can get loans as per their risk-profiles; also lower default-rates help in keeping the rates lower.

So I decided to apply the machine learning skills gained by me to prediction of probability-of-default on loans.

The data-set I used was from a challenge hosted by 'Home Credit' on Kaggle from Jun'18 to Aug'18.

Home Credit Group is an international consumer finance provider with operations in 10 countries. It focuses on responsible lending primarily to unbanked population with little or no credit history. Home Credit had hosted this challenge on  Kaggle  so that kagglers can help it unlock the full potential of its data. The competition was about predicting future payment behavior of clients from loan application, and demographic and historical credit behavior data.

Though the competition is over the datasets are still available at Kaggle.

This data-set intrigued me as it involved considering lot of indirect information while giving loans to people with insufficient or non-existent credit histories, which will help provide a positive and safe borrowing experience to these people, and avoid being taken advantage of by untrustworthy lenders.

Also of interest to me was that it was not plain black-box modelling but involved compiling, short-listing, modifying and aggregating data based on understanding the business scenario. The data was in the raw form as Home Credit R&D team was keen to not only see what modelling approaches will the Kaggle community use but also how will the community work with the data in such form.

There were 7 different sources of data:

Application train & test were the primary files corresponding to the loan applications. Predictions were to be made about the test file.

Home Credit had provided a file -- “HomeCreditcolumnsdescription.csv” -- having a brief description of all the columns in different files. The description of these columns was useful in feature engineering.

Description of bureau and bureau_balance:

Evaluation metric was the Receiver Operating Characteristic Area Under the Curve (ROC AUC, also sometimes called AUROC). This is useful as the data-set was imbalanced with just 8.07% default-rate. With this data even if one classifies all the loans as no-default the accuracy will be 91.93%! Even though such a prediction will have zero True-Positive-Rate (sensitivity). 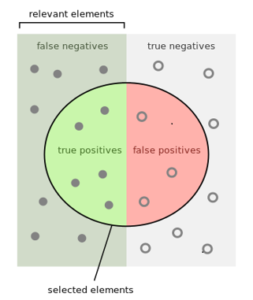 When we measure a classifier according to the ROC AUC, we do not predict default/no-default, but instead predict the probability of default (between 0 and 1). The ROC curve is developed by plotting the ratio of True-Positive-Rate and False-Positive-Rate (TPR / FPR) for different values of the threshold from 0 to 1. AUC ROC is the total area under the ROC curve for the threshold range (0, 1).

For numeric variables I checked the description and histogram. For example:

I also divided numerical variables into bins and plotted size and mean-default-rate for each bin.

For categorical variables I checked the size and mean_default_rate for each category. For example:

Decision was taken on basis of information provided, variation in default-rates across bins, deviation from mean (in case of anomalies) and judgment on why a value might be missing.

Categorical values were imputed as a separated category ‘xan.’

For a few numeric variables, which had high missing percentage and showed strong link with default-rate, a separate binary category was created.

Train and test data-sets were joined vertically -- after adding a 'code' column to split them later -- to have same dummy variables in both.

Variables in all files were standardized before modelling.

New features were created as per my estimate of impact of default-rate. For example some of the features created in application file are:

There was an improvement in scores – validation and Kaggle – after introducing new features.

After dummification of categorical variables and adding new features the number of features in application sets increased to 246. These were reduced to 68 features after applying feature_selection from sklearn.

There was a very little decline in scores in test (Kaggle) and validation sets after reduction of features. So for further processing this reduced dataset with 68 features was used.

Feature Engineering and Aggregation of Data from Secondary Files

Instead of merging secondary files directly with application I created new features by aggregating information.

Feature Engineering and Aggregation of Data from Tertiary Files

New features were created as per my estimate of their impact on default-rate. For example:

Predictions by models are unreliable in datasets with a disproportionate ratio of observations in each class. As this data-set has just around 8% defaults I decided to upsample the defaults to address this issue.

From the train data 30% was held for validation. From remaining 70%, smaller category (default) was upsampled.

I used GridSearchCV of sklearn with 5-fold cross-validation. ‘scoring’ parameter set as ‘roc_auc’.

I tracked the performance for the test and train scores within gridsearch and for comparison stored them in a dataframe.

I also maintained record for validation results on 30% hold data.

I used three models on the final train (70%), validation (30%) and test (kaggle) data. The performances were:

Best performance on Kaggle data was given by breaking into Principal Components before LogisticRegression, which most probably was due to low model variance introduced by uncorrelated principal components.

Classification metrics, as per default threshold (0.5), were:

Confusion Matrix for the default threshold (0.5), was:

Though the Kaggle contest was about the auc_roc score, which does not involve deciding a particular threshold probability(default) for classifying as default, I decided to go further and attempted to get the optimal threshold on the basis of a loss function based on real loss due to false-negatives and opportunity-loss due to false-positives.

There is a real-loss to a lender  when a borrower does not pay back. There will be a real-loss to Home Credit whenever someone predicted to be no-default, defaults (false-negatives).

At the same time, lenders make money through lending, so there is a an opportunity-loss when someone who should have been lent money because of being no-default case is rejected because of being predicted as default (false-positives).

So, losses for a loan because of mis-classification, will depend upon pr(false-negative) and p(false-positive). These probabilities depend upon the 'prediction of probabilities of default by the model' and the 'threshold for classifying as default.'

Total loss is the sum of:

As-per the confusion-matrix above for the sgb model at the default-threshold (0.5):

For a loan of $100,000 if the loss-given-default is 70%, and total-gain-over-life-of-loan on an approved loan that doesn't default is 20%, expected-loss-due-to-misclassification will be:

Following are the loss-values for a range of values of threshold:

Plot of total_loss for different threshold values, along with the optimal threshold (for minimum total loss):

ROC_AUC is a useful metric especially for imbalanced classes. But for business decisions this needs to be combined with other factors, e.g. loss_given_default.