As a New Yorker, I walk to school and work and so have wondered about the safety of the streets I must go through. We hear about drivers plowing into pedestrians. In May 2017 this happened at Times Square, and it resulted in the death of a young girl. Since then I have constant fear in my mind that what if someone rams car into the walkway? So with this fear on my mind, I decided to data visualize the NYC Motor Vehicle Collision dataset to determine some significant insights.

Link to My Shiny Interactive Application.

Link to my Github Repo.

In New York, approximately 4,000 New Yorkers are seriously injured and more than 250 are killed each year in traffic crashes. Being struck by a vehicle is the leading cause of injury-related death for children under 14, and the second leading cause for seniors. On average, vehicles seriously injure or kill a New Yorker every two hours.

This status quo is unacceptable. The City of New York must no longer regard traffic crashes as mere "accidents," but rather as preventable incidents that can be systematically addressed. No level of fatality on city streets is inevitable or acceptable. This Vision Zero Action Plan is the City's foundation for ending traffic deaths and injuries on our streets.

Vision Zero is a program created by New York City Mayor Bill de Blasio in 2014. Its purpose is to cut  the number traffic fatalities in half by 2025. On January 15, 2014, Mayor de Blasio announced the launch of  Vision Zero in New York City, based on a similar program of the same name that was implemented in Sweden. The original Swedish theory hypothesized that pedestrian deaths are not as much "accidents" as they are a failure of street design.

It’s been five years since New York City signed the strongest open data law in the country and then launched an open data website called NYC Open Data. The site includes data for NYC Motor Vehicle Collision from 2012 to 2017 that is updated  every month. Currently, the dataset has 1.08 million rows and 29 columns. More information about the  dataset can be found here.

The dataset provided is clean but it has missing values. So we have to remove all the NAs first in order to visualize the data. Each observation (row) in dataset represents one accident. The date column has no missing values. As the date is in character format we have to convert it to date format in order to extract day, month and year from given date. Before removing NAs, we can visualize how many collisions occurs in each year. 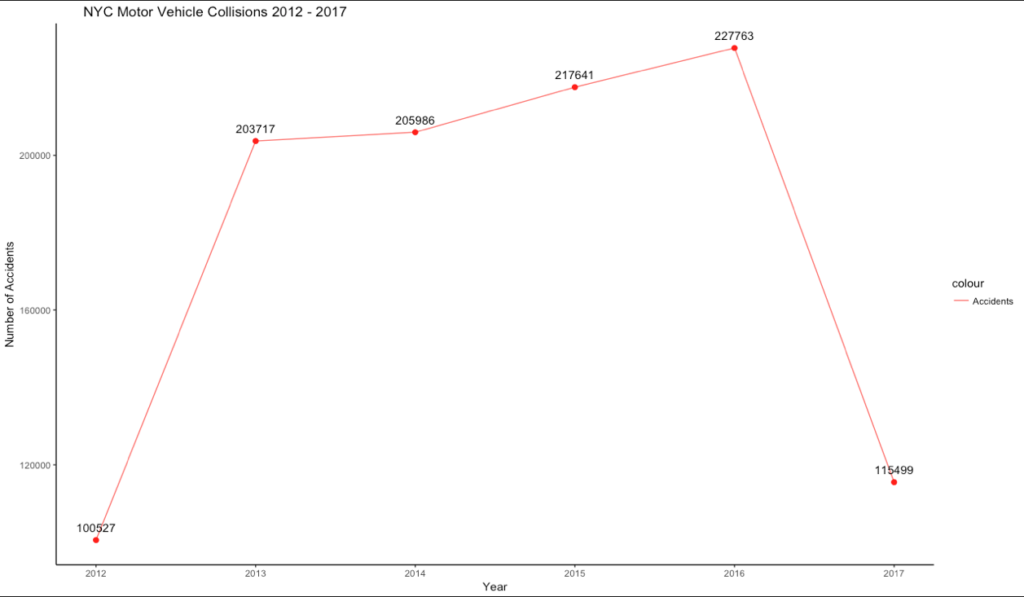 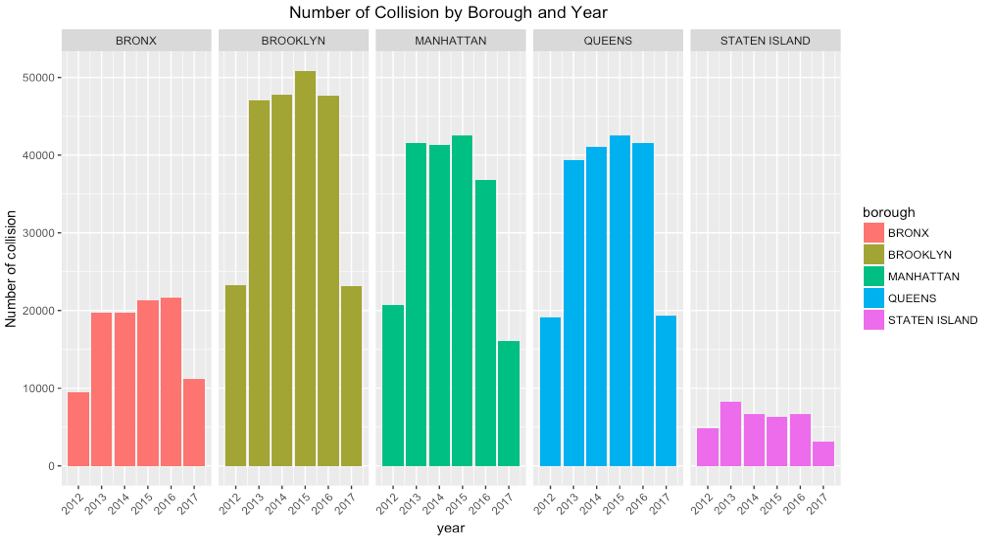 How about which day of week has highest number of collision? 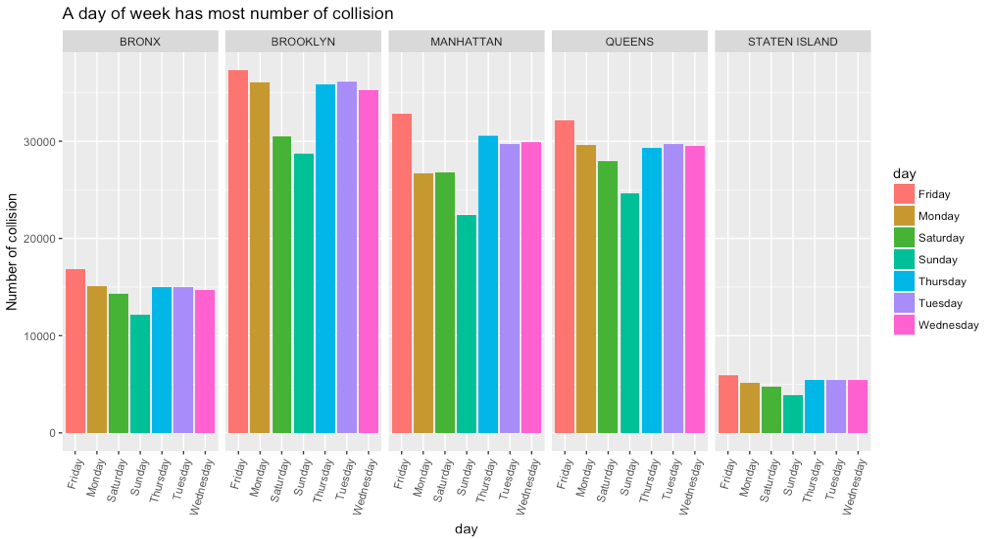 Friday! For each year, Friday has the highest number of collision. We can assume that people are keen to go home after finally finishing the work week. 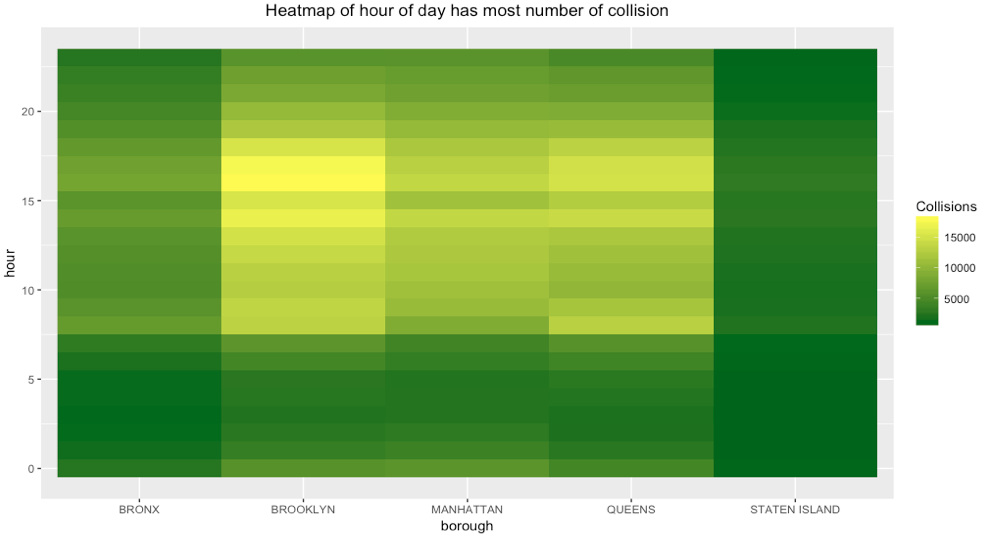 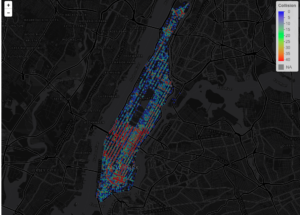 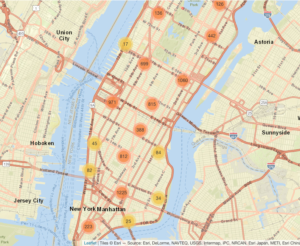 Let's visualize how many pedestrians got injured? 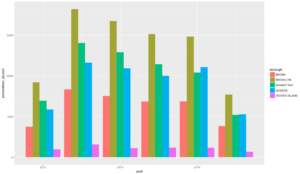 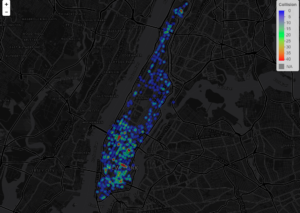 The number of pedestrians and number of collision in Manhattan overall are gradually decreasing, but the next line chart is quite shocking! 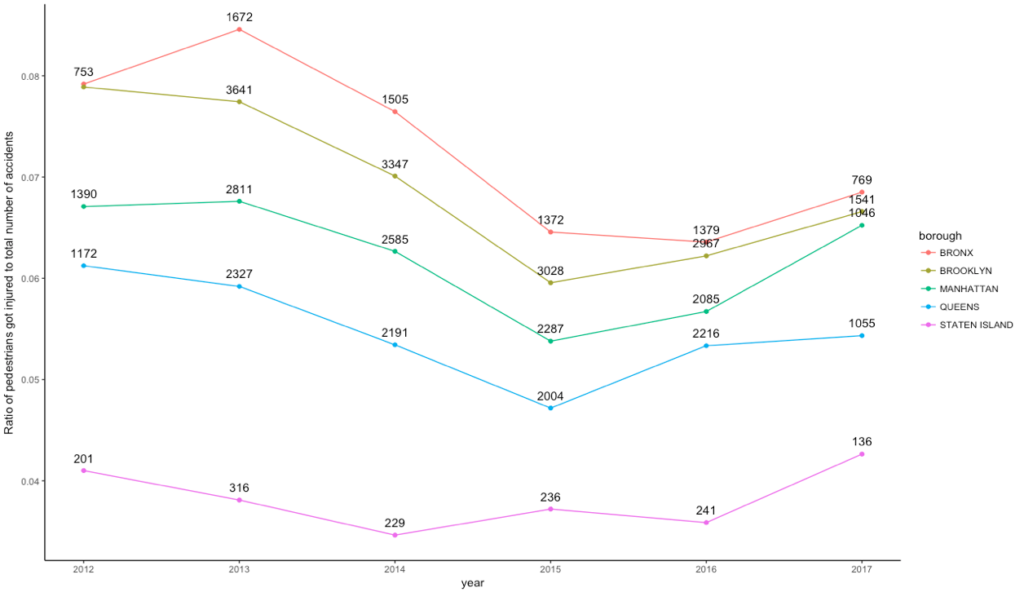 What are the contributing factors to pedestrian injury? 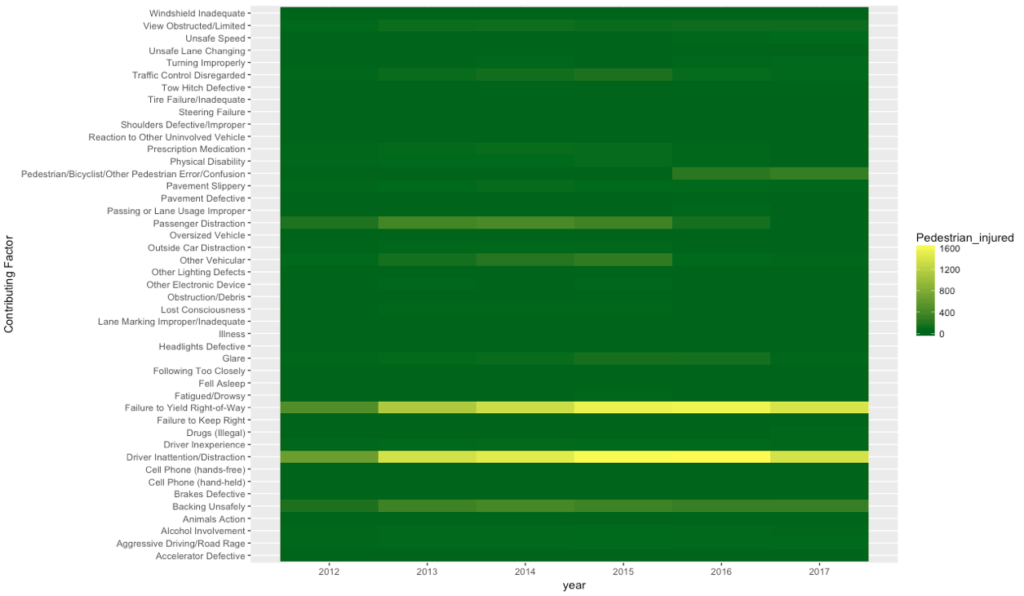 Some major contributors to injury are identified in the heat map above. The  major factor is driver inattention and failure to yield right of way. Other major factor indicated by a yellow hue include backing unsafely and even pedestrian/cyclist/other pedestrians error/confusion.