Starbucks Around The World

Have you ever traveled abroad to find yourself looking for a Starbucks store?  Be it out of habit or simply the need for that mid-day pick up?  Well, here's a visualization of all the stores around the globe. 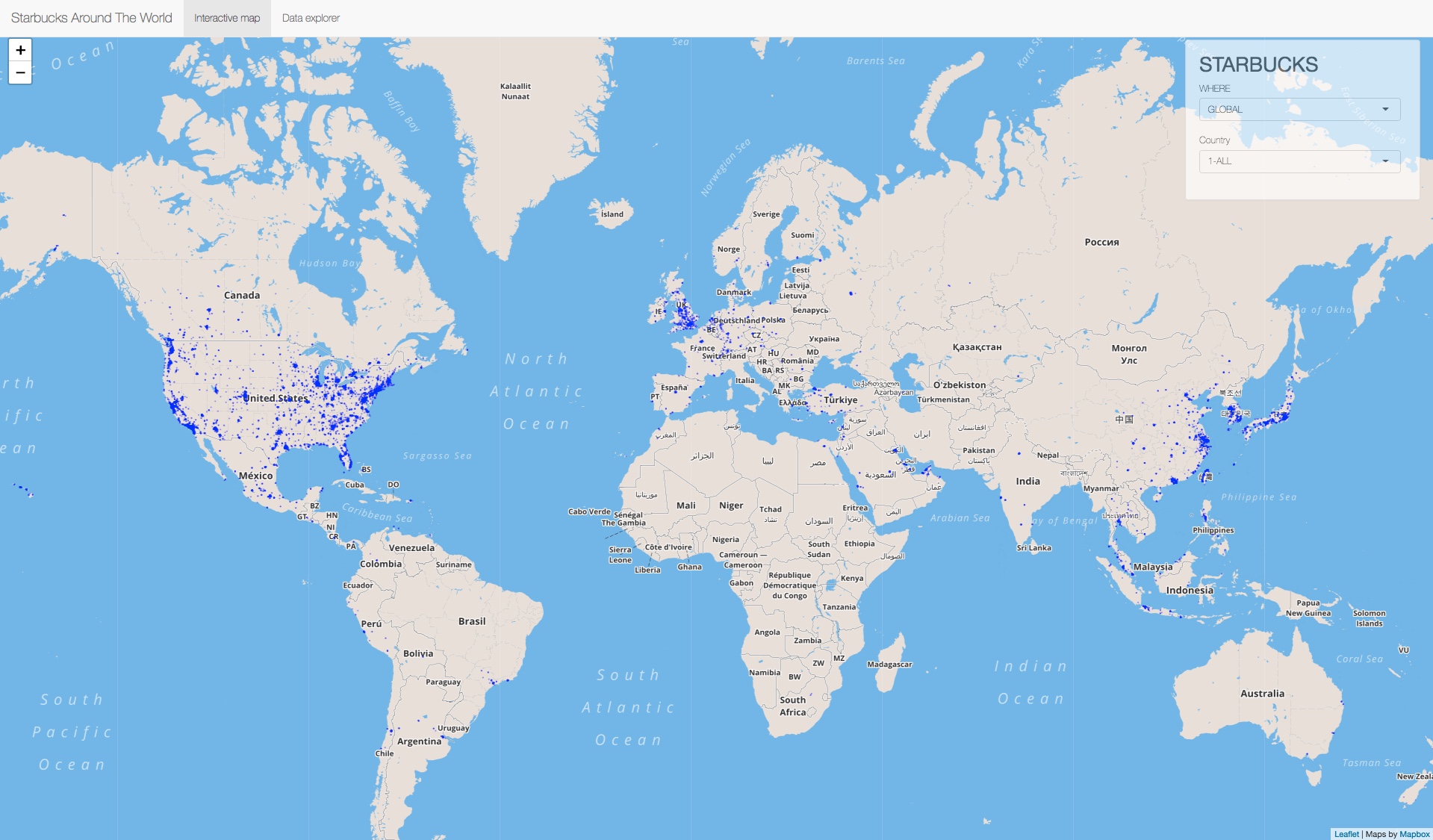 Did you know there is a total of 25,600 stores globally, of which, 13,508 stores located in the USA?  This is apparent in the visualization above as the map of the US is heavily dotted in blue, with each dot representing the location of a store.  Washington DC has the highest number of stores per capita (per 10,000 people), at 1.299, while South Africa and India has the lowest with 0.00053 and 0.00066, respectively. 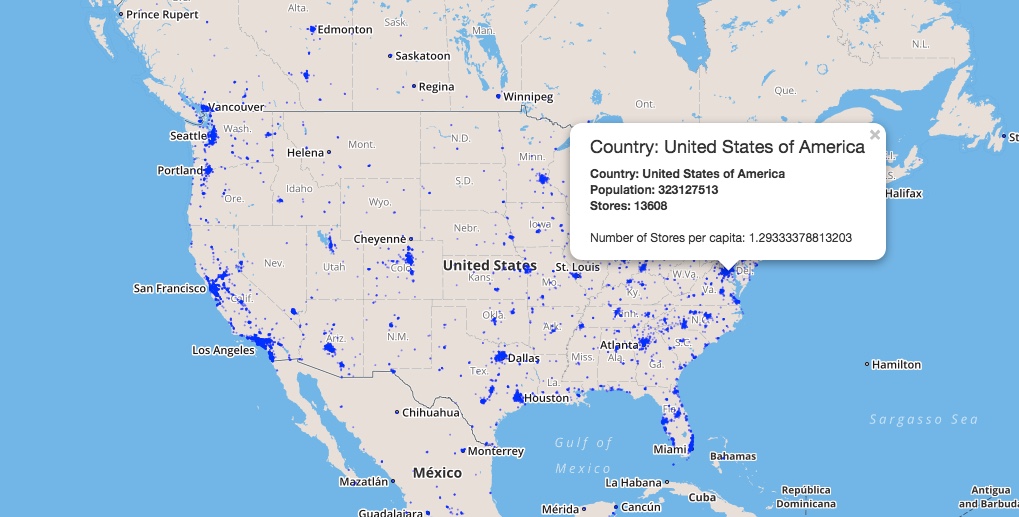 It is quite interesting to point out that there are only 3 stores in the entire country of South Africa and 88 stores for the entire nation of India, with a population of 1.3 billion! 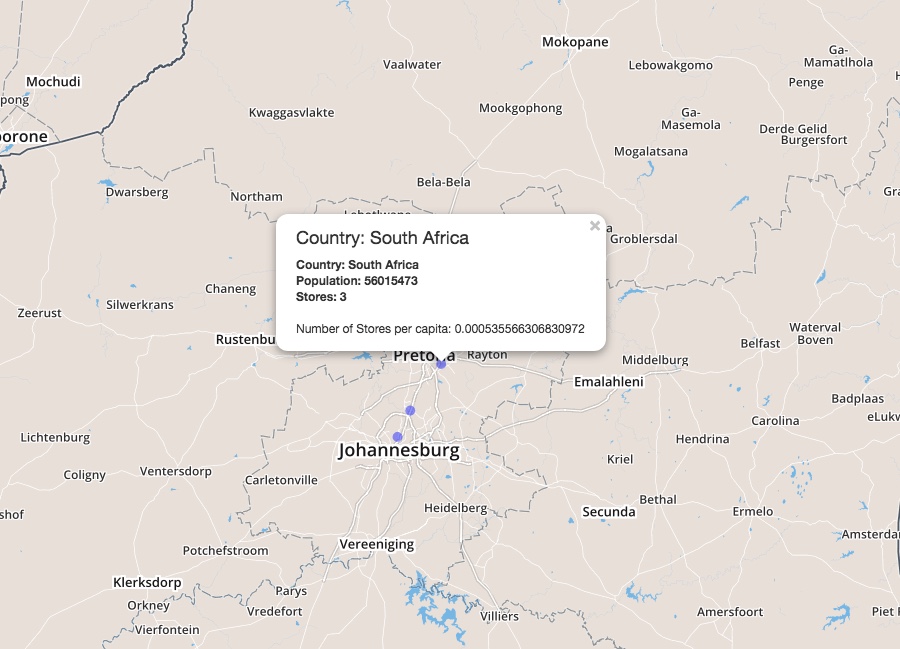 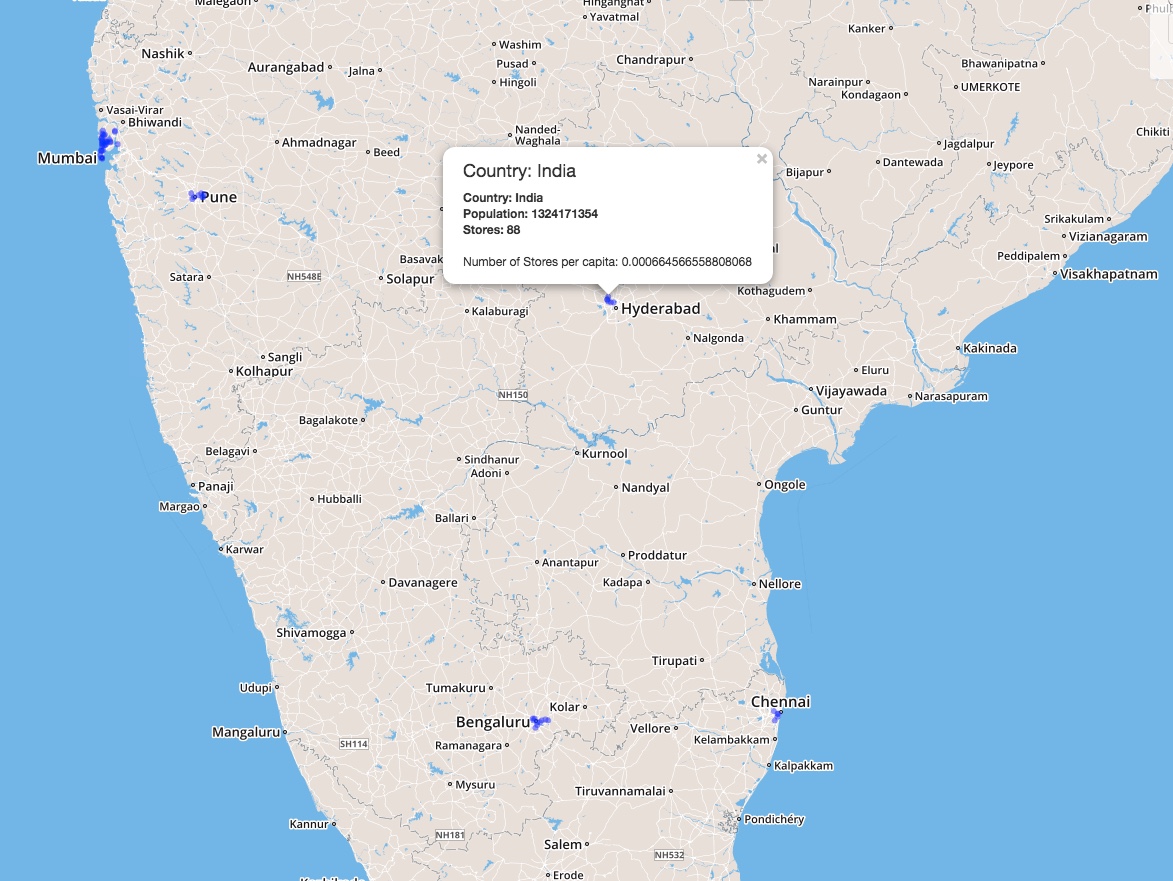 And surprisingly, you can't find Starbucks in Italy! This is really interesting because coffee is a big part of the culture.  More on the interesting guesses behind that can be found here.

If given more time, below is a following list of tech-debt I would like to work on:

Finally, you can find the website here and the source code on git here.

View all posts by Bruce Chyi >