Habits of a Top Author in the 21st Century

To be a writer is one of the most sought ought careers in the 21st Century. Pollsters data found that 80% of Americans want to write a book. Established authors can make between $100,000 to $1,000,000 a year. About 2.2 million books are published annually.

Millennials read more than any other generation, and are more likely to visit a public library. The average American millennial reads five books a year while previous generations average at four books a year, and 25% of American adults have not read a book in the past 12 months. To summarize, Americans are reading more than ever.

Goodreads is a website where users submit reviews and rank books that they have read. A bibliophile safe haven, it serves as a catalog and social networking site for bookworms and their public reading lists.

The Dataset: "Best Books of the 21st Century"

The titles generated in this dataset are entirely based on user generated data.  Goodreads clientele can vote, rank and comment on their favorite books of the 21 century. The dataset includes the title, genre, and year. It contains over 8,000 books. I used this particular dataset because I wanted it to be relevant to the current book market. 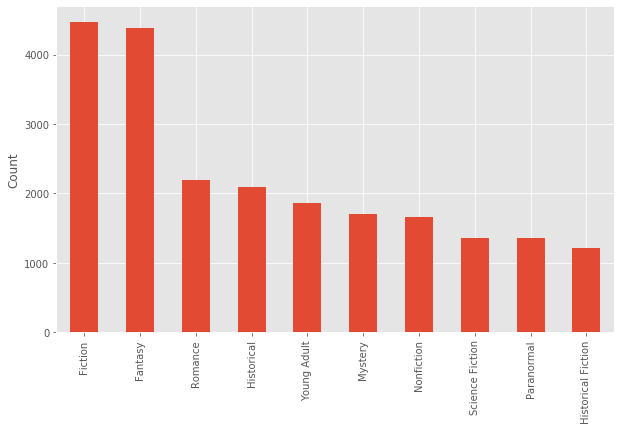 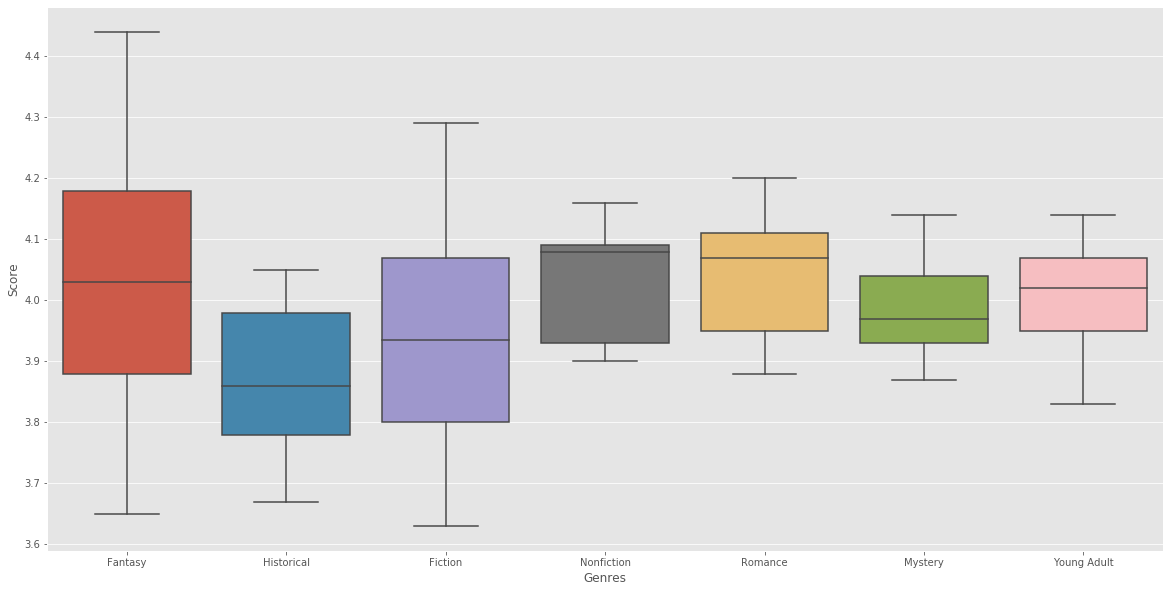 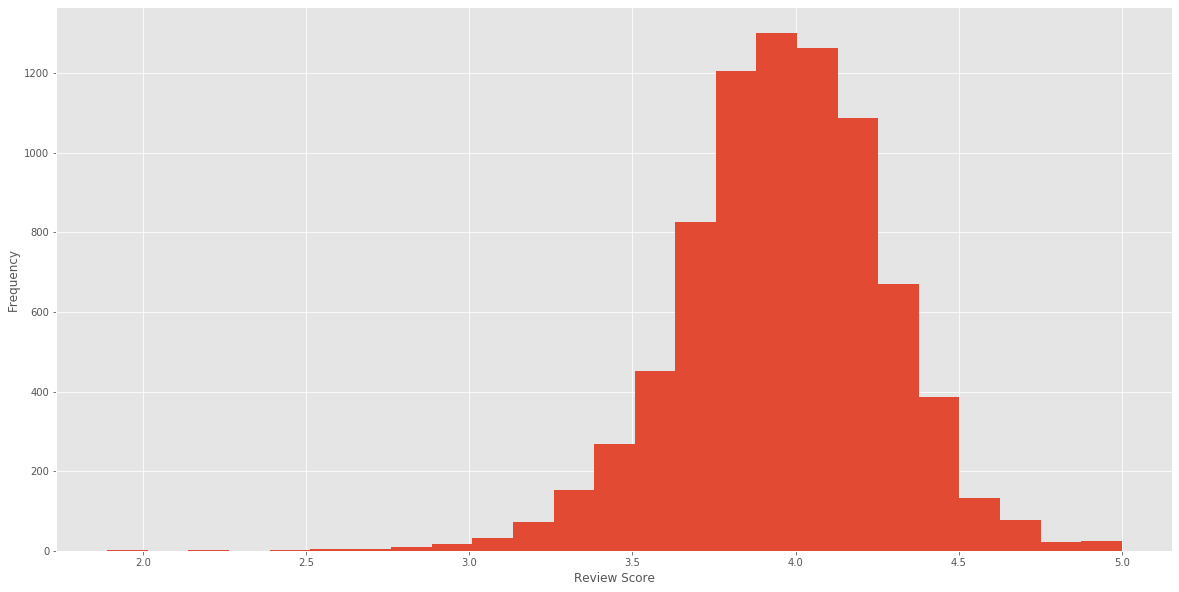 My next goal was to analyze the frequency of the highest review scores on the list. As displayed by the histogram above, most review scores fall in to the 3.7 to 4.2 range. As expected from a best books list, the majority are favorable but we can see that a 5.0/5.0 is very rare.

As expected based on the top genre graph, several of the authors who appear most frequently on the best books list write fiction and fantasy. The most frequently appearing author, however, was revealed to be a romance writer. A common factor among the most frequent authors is the number of books they publish on an annual basis. Several of them, including James Patterson, Terry Pratchett, and Neil Gaiman, regularly collaborate with other authors, write in multiple genres, and publish one or more books a year. 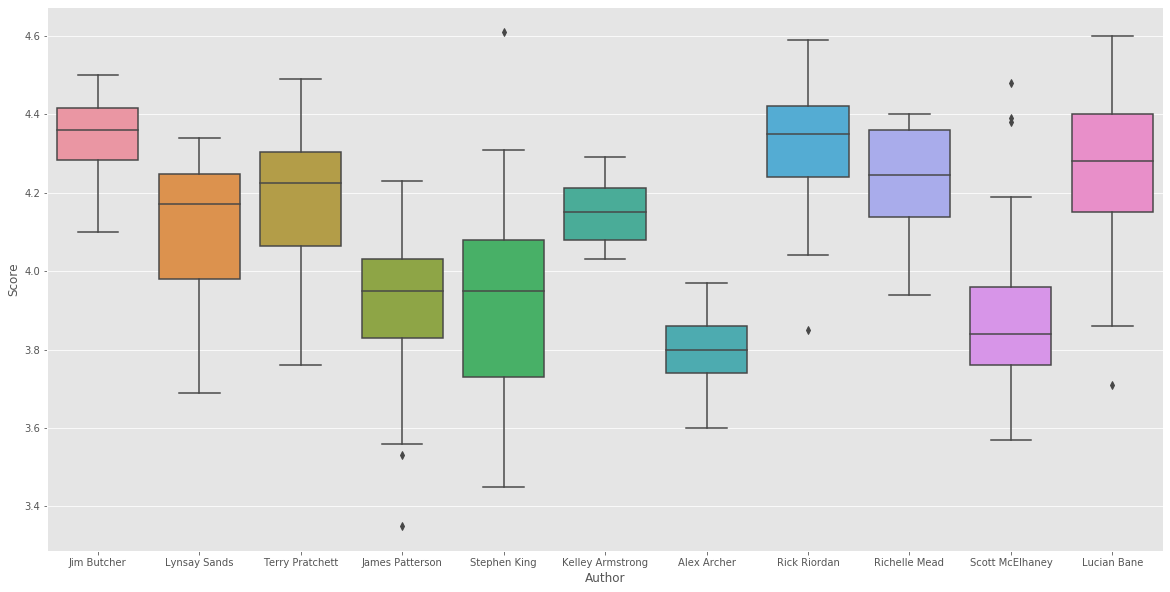 When examining the scores of the most frequently appearing authors it is readily apparent that the best performing authors have produced both highly rated and low rated literature. This revelation displays that even with low rated scores fans were still likely to vote their books onto the best books of the 21st century list.

In conclusion, to be a top author in the 21st century a person must have a diverse writing portfolio and write consistently. They will have a higher advantage if they publish in the fantasy, fiction, and/or romance genres, although they will have more competition. Quantity seems to play a role in creating a strong and loyal fanbase.

In the future I would like to create a linear regression model to determine the future scores of of each genre and models. I would also like to scrape the ratings and reviews of each reviewer on the website in order to create  more nuanced analysis of each authors portfolio. I would also like to compare the scores and popularity of top authors who write under aliases.