Over time, why did Starbucks choose the locations they chose?

MOTIVATING QUESTION FOR THIS ANALYSIS:

When did the first starbucks location open in different cities?

And what was the underlying motivation for these location choices?

First Opening Date vs. Population Size  for Each Sample City 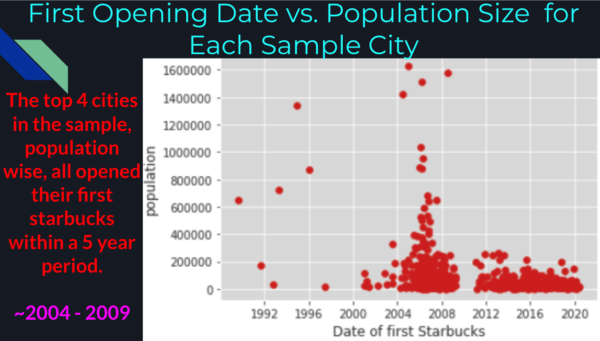 The vast majority of cities with a Starbucks opened during this time had a population under 250,000.

The cost-of-living index is a theoretical price index measuring relative cost of living for each state.

The average cost-of-living index score is always set to 100. 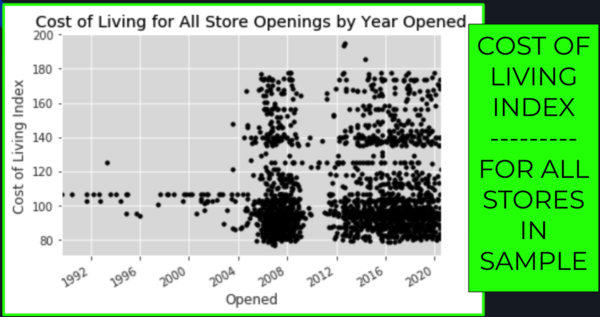 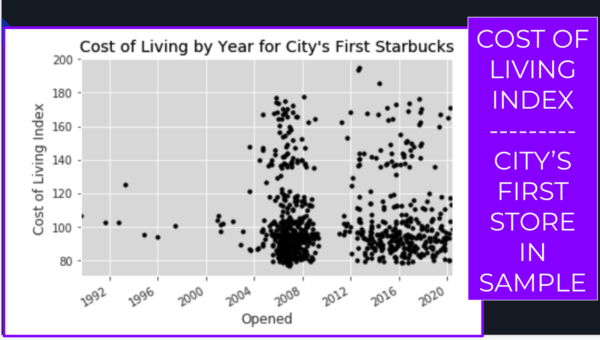 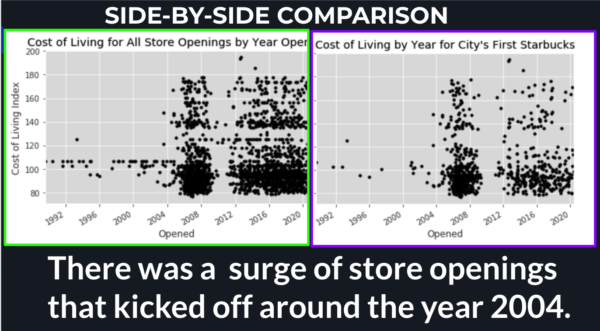 Around the time of the "Great Recession" economic downturn, there was a short, but temporary, store opening lull.

Interestingly, initial store locations Cost of Living Index Scores generally fell around the average score of 100.  However, the cost of living index of the cities for the later surge of stores ran the spectrum, with a wide range and distribution of high and low Cost of Living Indices. 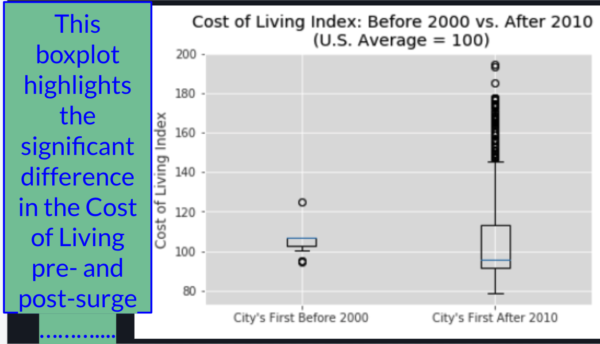