Contributed by Aravind Kolumum Raja. He attended in the NYC Data Science Academy 12 week full time Data Science Bootcamp program taking place between January 11th to April 1st, 2016. This post is based on his second class project - R Shiny  (due on the 4th week of the program).

The World Bank collects and processes large amounts of data and generates them on the basis of economic models. These data and models have gradually been made available to the public in a way that encourages reuse.  The primary World Bank collection of development indicators, compiled from officially-recognized international sources. It presents the most current and accurate global development data available, and includes national, regional and global estimates.

This project using Shiny is an attempt to start building a Visualization and Statistical analysis toolbox that can operate on all these Indicators so one can study cross sectional as well as Time series comparisons between Indicators and Countries.  A header of the dataset is shown below. The data had more than 330,000 rows for each Country, Indicator combination which was a Time Series ranging from 1960 - 2015.  The data contained many missing values across earlier years(as expected) .

I added two more columns based on the accompanying documentation file to include Indicator category and Currency. The data also comprises of group economies like Arab World, Europe, Asia etc along with more than 200 Country data.

Shiny development is roughly the design of the User Interface and coding  the Server component where all the calculations and data crunching is done.

For the UI ,  I created three basic pages, using the code below. 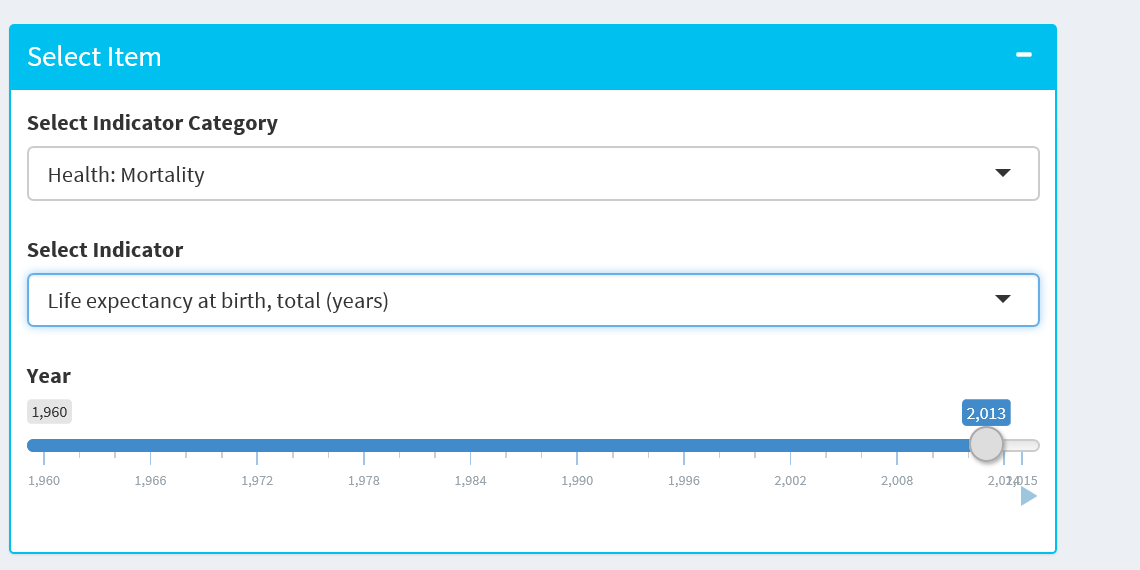 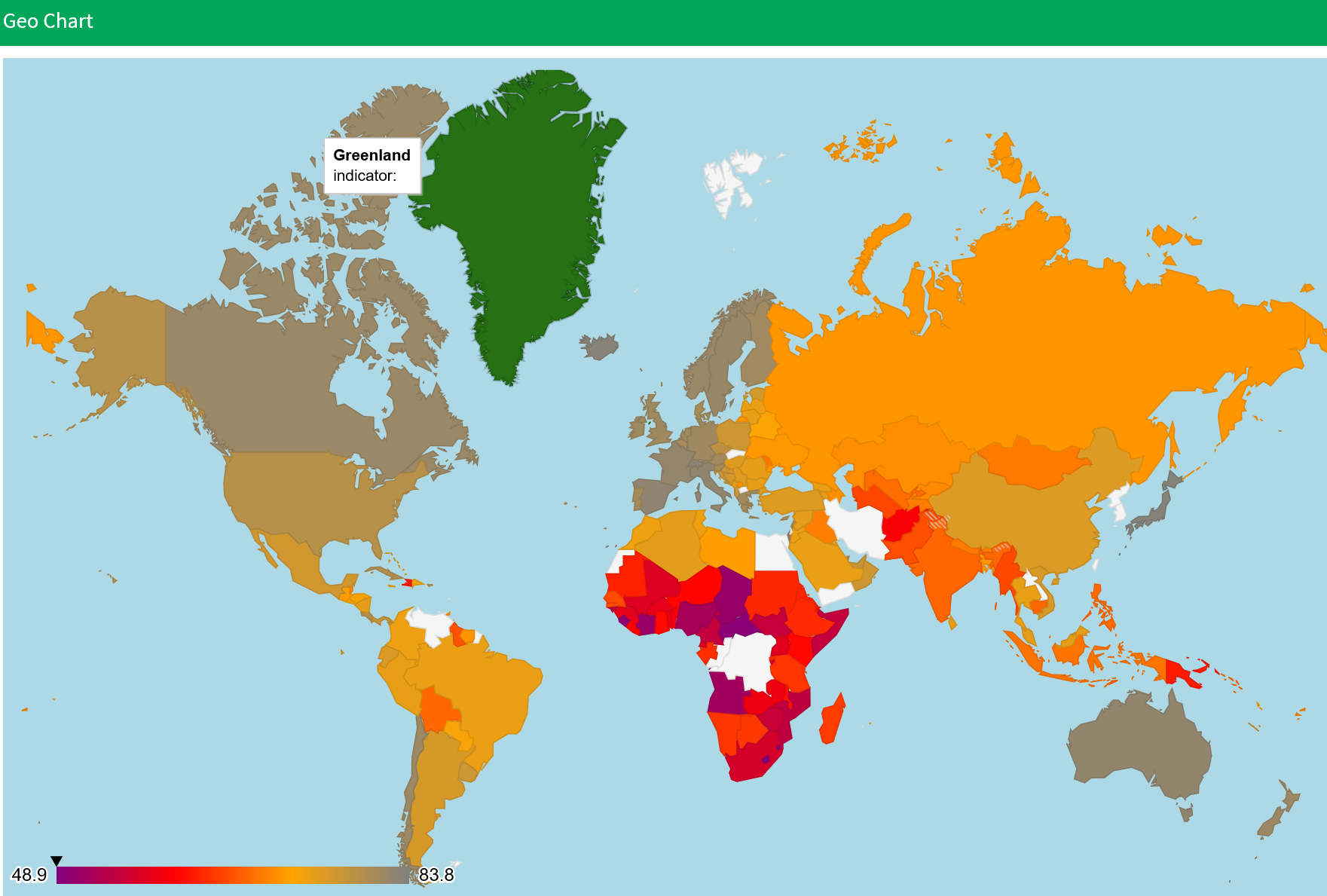 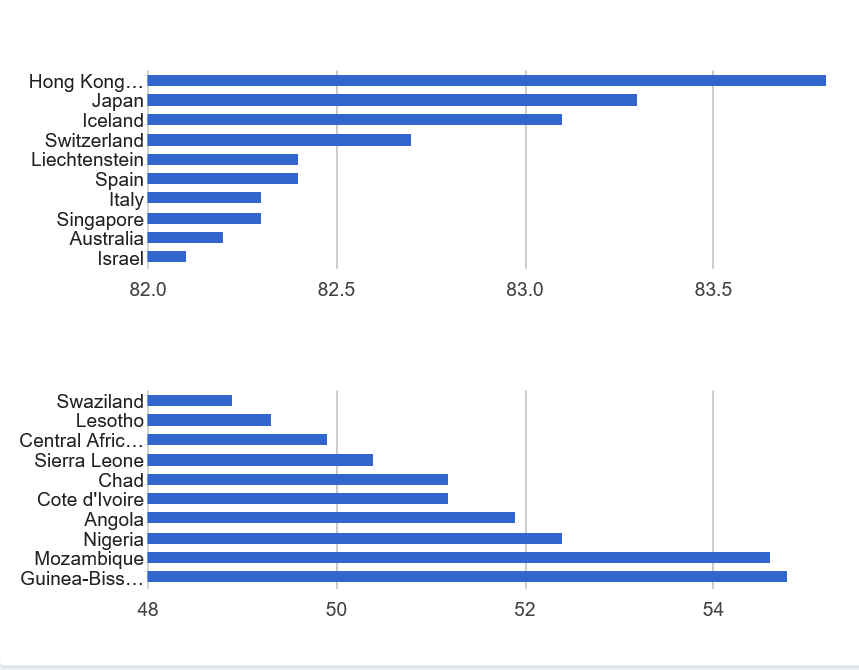 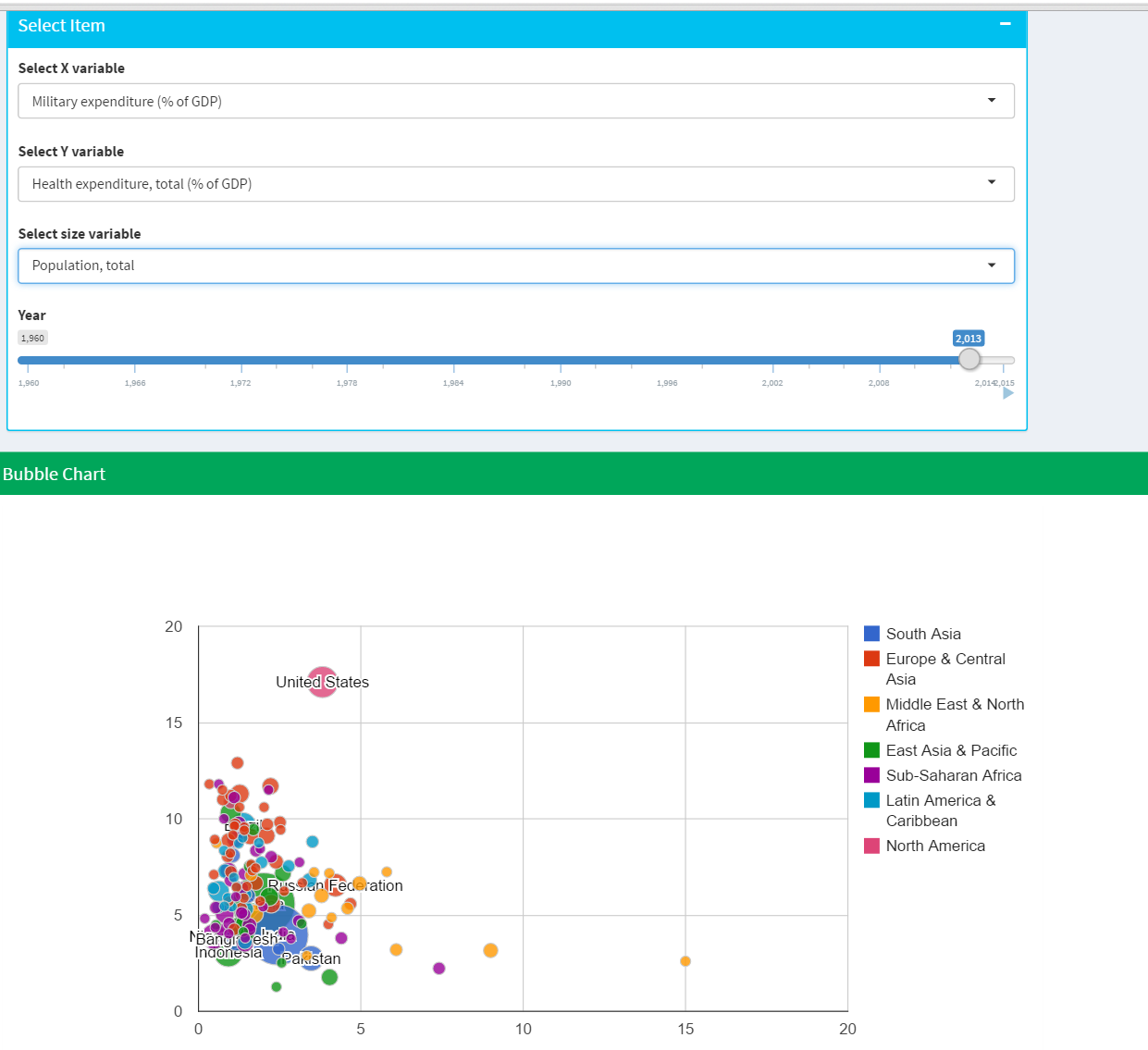 The underlying Server implementation involved some data crunching using dplyr and converting , attribute(selected based on the user input)  into a Time Series object (xts) and rendering the Charts.

The app has been deployed at https://aravindkr.shinyapps.io/worldbank/ if anyone wishes to play with the data.

The app still needs a lot of improvements in UI Design . A lot of scope exists to further expand on this platform which would be ultimately useful

for Social Scientists, Economists, Financial analysts among many other with the inclusion of

within this  Shiny framework which can be used as an initial visual or statistical input  for Quantitative research.

However owing to the short nature of the bootcamp,  I have not been able to devote too much time on this particular project. However, if anyone is interested in this application and the World Development data and wishes to work towards  expanding this into a complete application involving statistical modelling and machine learning .I am happy to collaborate at [email protected]

Aravind obtained his Masters degree in Statistics from Columbia University in 2012 and is presently an Analyst with a global investment management firm based in New York. His primary interests are in Mathematics, Statistics & Machine learning. He...
View all posts by Aravind Kolumum Raja >